Reflections: Although this blog is mainly for recipes, sometimes I indulge in some reflections on my life and any issue that takes me fancy.  Below you will find a post on About Blogging.

Reviews: I also write about places I eat or buy food - mostly Melbourne, a few around Australia and some in Scotland.  I have listed these as 'reviews' but please bear in mind that these posts are often based on one visit and are not intended to be comprehensive.   However I try to keep my reflections limited to places I enjoy and would recommend, though there might be an occasional exception. 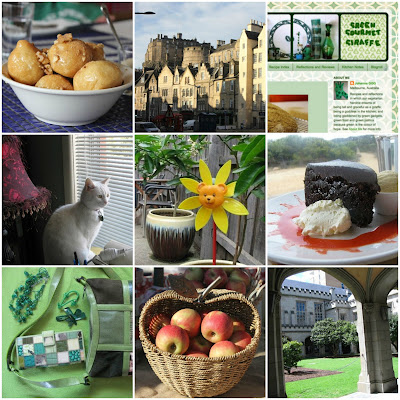 Food Shopping and Other Excursions

Eating Out and Travels - outside Melbourne
Victoria


Eating Out and Travels - Overseas