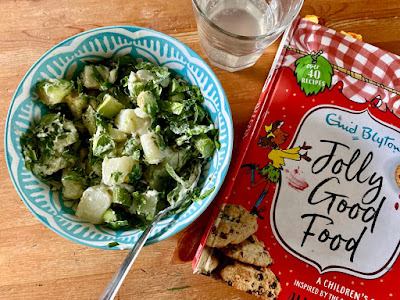 November has seen lots of change.  The weather has gone very hot, very cold, very windy and - further north in Australia - has ignited terrible bushfires.  There is political instability in USA, UK and Hong Kong.  Technology has driven me batty but I will write about that later (still struggling with it).  On a more positive note, spring brings stone fruit and longer daylight hours.  This month's kitchen features holiday purchases (more about our brief trip to Port Fairy later), comfort food, and experiments.

First up is a potato salad (top photo).  Sylvia loves to make this when the heat soars.  She bases her potato salad on the one in the Enid Blyton's Jolly Good Food book. I like to add lots of greens to mine!  Baby spinach, avocado and asparagus. 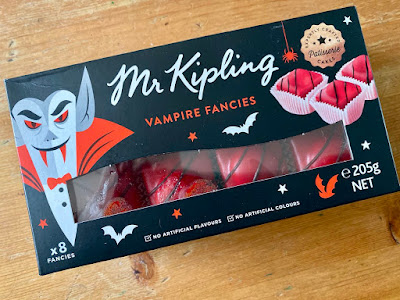 We served these Mr Kiplings Vampire Fancies at a lunch at the start of November.  I forgot to try them but Sylvia says the icing is tooth achingly sweet. 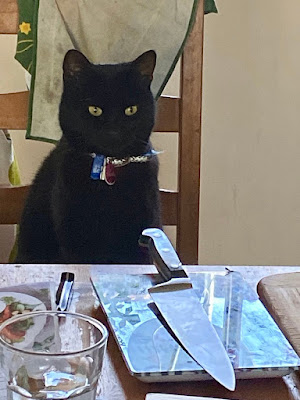 More scary than the Vampire Bites is when the cat sits within reach of the chef's knife with a crazed look in his eyes! 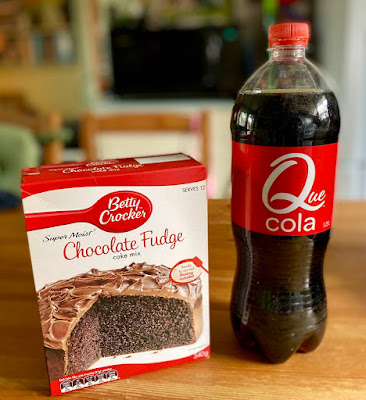 I was quite amazed to read on Tinned Tomatoes blog that baking Betty Crocker's boxed chocolate cake mix and cola (instead of eggs and milk and butter) makes a conveniently quick vegan chocolate cake.  I had to try it. 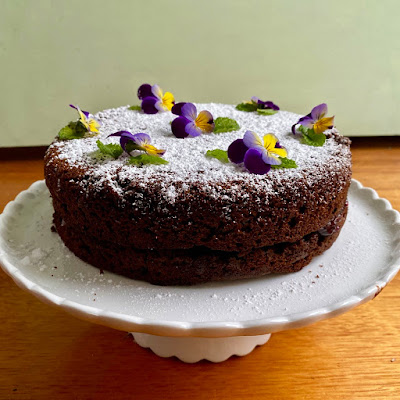 Here is the vegan chocolate cake.  We spread the Betty Crocker chocolate frosting and raspberry jam between the layers.  It was far far too sweet.  I think the cake was actually ok, though the sweetness of the cola would have made it sweeter than intended.  The frosting seemed really sweet.  I would experiment with the idea but generally am not really into buying boxed cake mixes. 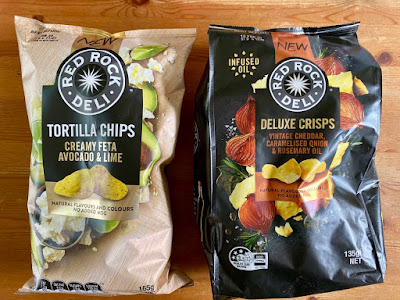 I bought these crisps for our start of November lunch.  The Vintage cheddar, caramelised onion and rosemary oil crisps were good in the morning to snack on while preparing the lunch.  I don't get the difference between rosemary and rosemary oil in a crisp.  The Creamy feta, avocado and lime tortilla chips were lovely with dips at the lunch. 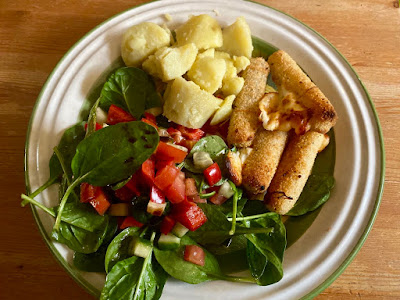 We tried some mozzarella sticks from the supermarket freezer.  They were lovely with buttered potatoes and salad. 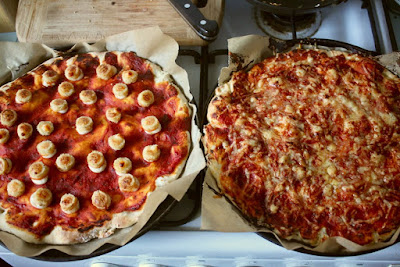 When we made pizza later in the week we had some leftover frozen mozzarella sticks.  I chopped them into discs to place on the pizza.  They browned up nicely.  If I were to do it again I would want some other toppings other than tomato sauce and mozzarella.  Maybe some onion and roasted pumpkin would be good. 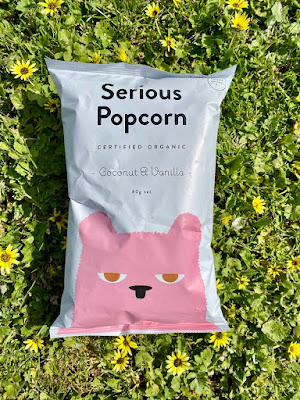 We bought this Coconut and Vanilla Serious Popcorn on the trip home from Port Fairy.  Sylvia was very keen on the popcorn.  She snacked on some during the trip but had plenty at home for school lunches.  I loved the look on the face of the bear (?) on the packaging. 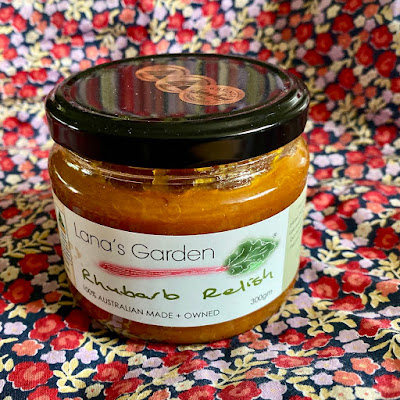 Another holiday purchase was the Lana's Garden Rhubarb Relish.  It is magnificent.  Great with cheese on bread! 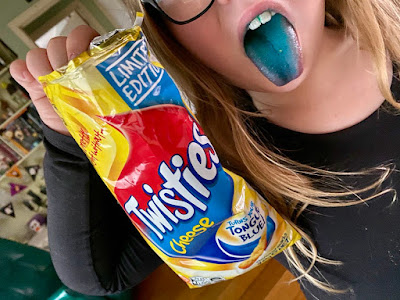 These limited edition Twisties that turn the tongue blue were a Colac service station impulse purchase on the trip home.  We didn't try them until the next night when tired after getting back to school and work, we snacked on them when we got home.  Our neighbour dropped into visit and found us giggling at our blue tongues.  These twisties were weird!  They looked like regular lumpy cheese dusted "crisps" but upon any moisture make fingers and tongues blue!  I didn't want to think about what chemicals they added to the Twisties. 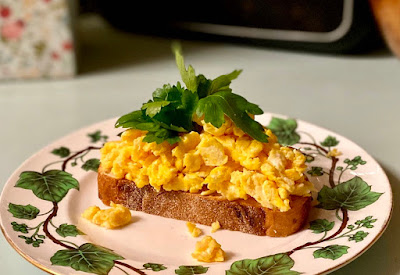 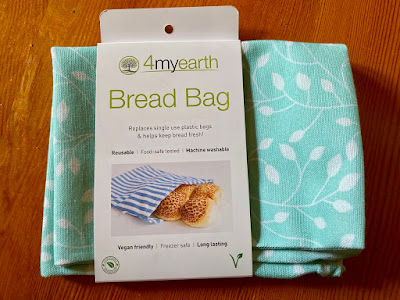 I bought this bread bag in Winchelsea.  It is an attractive alternative to storing bread in plastic bags.  So far it seems to work well, although I am still a bit wary of the zippered closing and if this is quite as airtight as I would like. 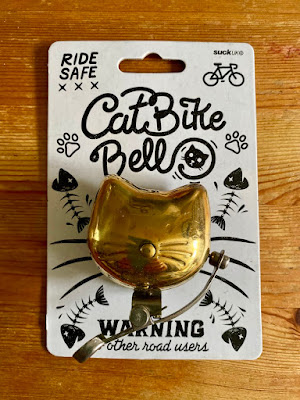 Lastly we have had this Cat Bike Bell in the kitchen until last weekend when Sylvia got a new scooter.  Her old one wore out.  It has a lot of trips between home and school.  The bell is so cute.  Sylvia just needs to get used to her new scooter now!

I am sending this post to Sherry of Sherry's Pickings for the In My Kitchen event, that was started by Celia of Fig Jam and Lime Cordial,  If you would like to join in, send your post to Sherry by 13th of the month.  Or just head over to her blog to visit more kitchens.
Posted by Johanna GGG at 23:16