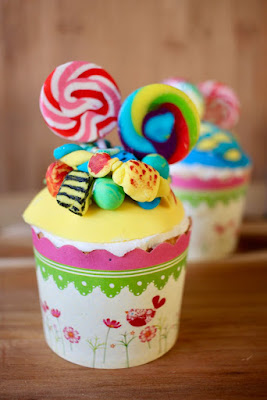 July was a crazy month that started with school holidays, which vanished into a flash with busy working days, Christmas in July and the plastic bag ban in supermarkets.  While I have always liked winter, I am glad August is the last winter month because it has been a hard winter without our heater and with more asthma than usual.

Above are some fondant cakes I made with Sylvia.  I am not very familiar with fondant icing.  It was interesting to experiment though I think it needs more planning as it was very easy to let it go dry if not concentrating enough to cover it up.  The lollipops came out of a packet of icing toppers and inspired the lollies theme. 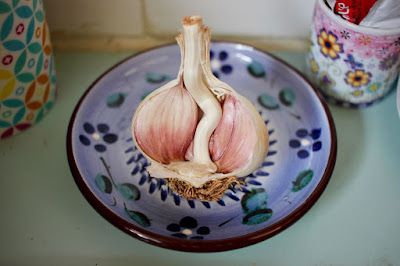 My dad bough me this cheerful garlic plate a few months back.  It has become my new place to keep garlic. 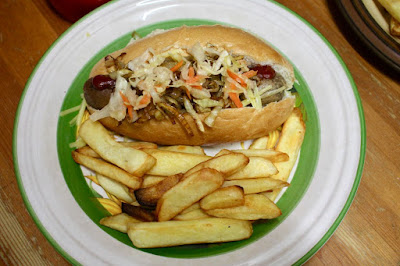 One wet dark night I stopped on the way home and bought hotdogs and chips for a particularly junkie dinner.  I fried up some onions to topping the hotdogs along with cheese, sauerkraut and tomato sauce.  I toasted the hotdog buns but had to watch them as they cooked rather fast.  It was a fun change for dinner. 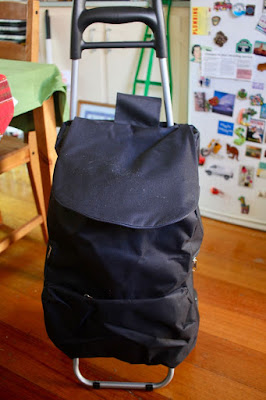 On a trip to the Vic Market, I bought a new trolley.  My old wire one had gone rather skanky out by the shed.  Once the holidays ended we haven't really used it but I hope we will when the weather is better. 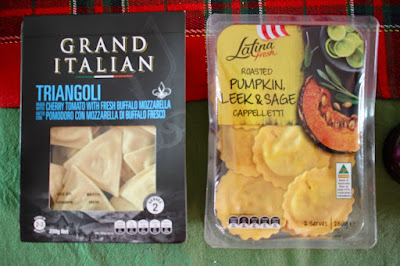 I love the occasional purchase of ravioli.  These ones were very good and a bit different to the usual cheese and spinach on offer for vegetarians: cherry tomato and mozzarella, pumpkin, leek and sage.  They are a great quick meal. 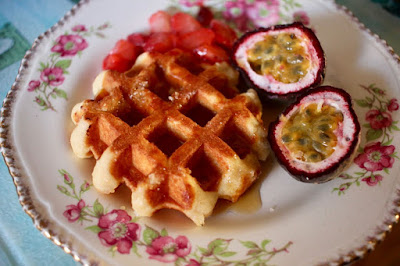 Sylvia has been very partial to packets of waffles lately.  It started when she stayed with her cousins on the school holidays and came back glowing with excitment as she told me about waffles with mini marshmallows. 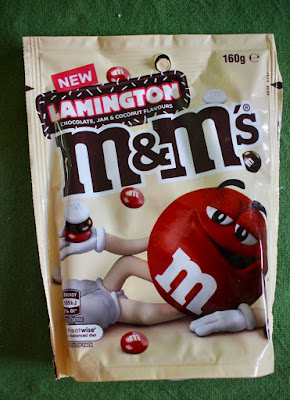 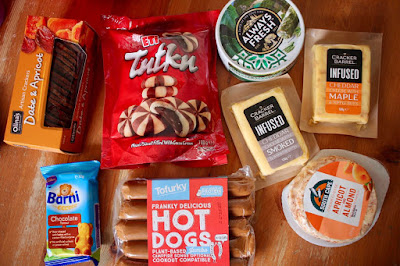 Here is some fun stuff from the supermarket.  More hot dogs.  Fancy cheeses (I used the cheddar infused with maple and toffee bits for my Christmas in July cheeseboard), more hot dogs, dolmades that I keep forgetting about, a chocolate filled Barni cake, Tutki biscuits with nutella-style choclate filling, and some date and apricot crackers that went well with the apricot and almond cheese. 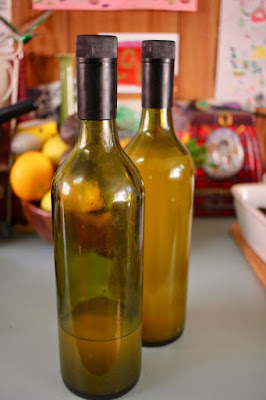 Mixed citrus lemonade was made from a fruit and veg box that was given to E.  I still have a few grapefruits and other citrus left so I am almost due to use up the rest in another batch.  I don't have lots of other ways to use up grapefruit. 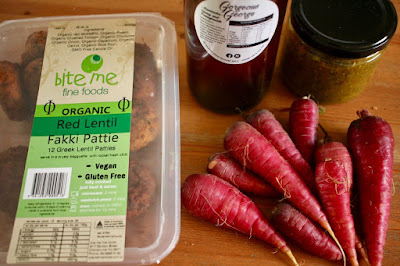 My haul from the Coburg Farmers Market a few weeks back.  The Greek style red lentil patties were lovely with dinner or in a sandwich.  We love Gorgeous George's kombucha (pomegranate and cherry that week), E found an interesting Asian marinade from Gorgeous George that will probably pep up some tofu, and the red carrots were so cheerful even if they were orange once peeled. 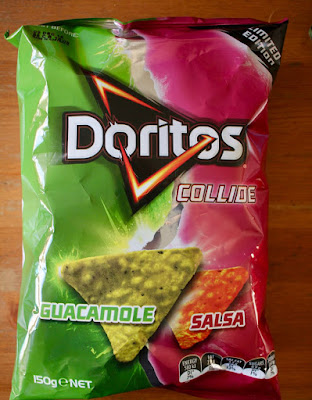 I was tempted again by the Collide range of Doritos.  The guacamole was not as green as I hoped and the salsa was a little spicier than expected.  I had dreams of putting them into nachos but we just gobbled them up with a bit of hummus before I got the chance. 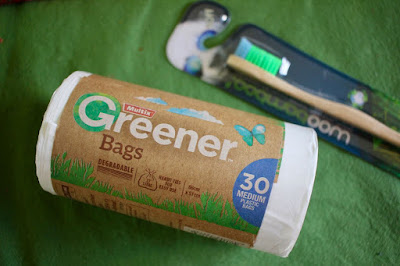 I bought some Greener Bags and a bamboo toothbrush as I am quite aware of all the problems with plastic.  It overwhelms me because when I stop to think about it, there is so much plastic in my life.  So I am trying some little steps.  The bags are for the garbage bin while we get used to the ban on plastic bags at the supermarket.  But we are still managing without opening the packet, even a month after the ban started.  Meanwhile I have heard that these degradable plastic bags are worse than the usual one because they break down in to smaller pieces and are easier for animals to swallow.  Sigh.  I wonder where all the plastic hating will end.  I am old enough to remember when aerosols were going to ruin us and now no one gives them a thought so I hope there is some systemwide change to make plastic less harmful.  Until then, I am doing what I can.  There is a larger discussion to be had here but it will have to wait for when  have more time.

I am sending this post to Sherry of Sherry's Pickings for the In My Kitchen event, that was started by Celia of Fig Jam and Lime Cordial,  If you would like to join in, send your post to Sherry by 13th of the month.  Or just head over to her blog to peek into more kitchens.
Posted by Johanna GGG at 14:03