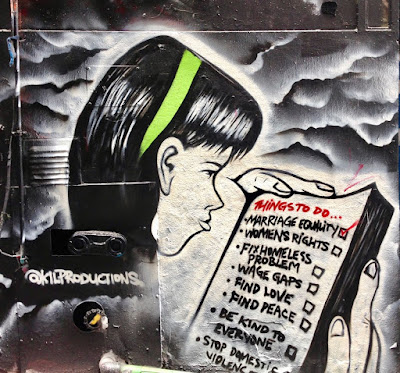 Hosier Lane in Melbourne CBD is possibly the best known place in Melbourne to see street art.  It is quite central so every now and again I wander down the lane to look at the new artworks and take photos if the crowds aren't too thick.  Today I have some artwork I saw in September 2018 and some I saw on the weekend.

We had a nice time the city (although there was one shop where I waited patiently for the shopkeeper to finish with one couple who had a very complicated question and when I had a few quick questions after them I was told to wait for a few other transactions which ended up not being as quick as I was told it would be.  I would have left if I could have found the products anywhere else.)  Hosier Lane is a nice place to calm after an experience like that, even with tours and tourists and an unwilling child beside me!

So above and then the next few pictures are 2018 with the above one alluding to the Marriage Equality bill and a few below having a footy theme because the grand final was nigh.  It was just a few weeks before 3500 tulips were planted in Hosier Lane because they were destined for the bin because local sellers could not sell them.  Wish I had got down there to see that.  But the beauty of the place is that it is always changing. 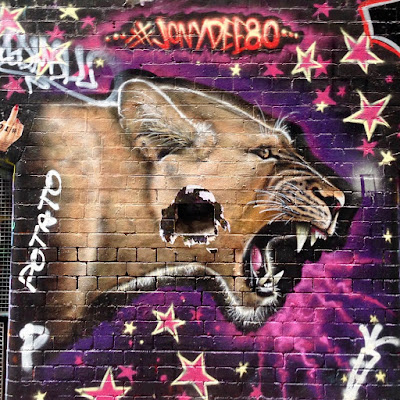 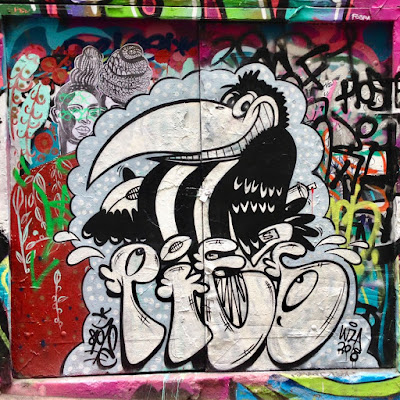 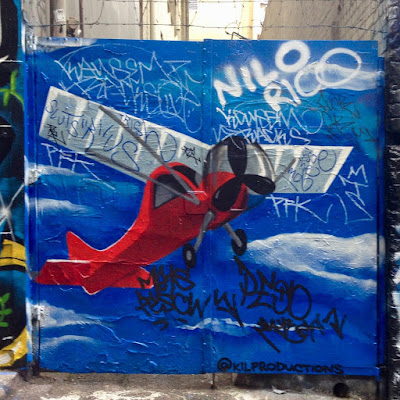 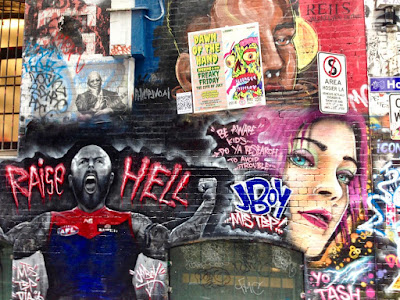 Below are the photos taken on the weekend. 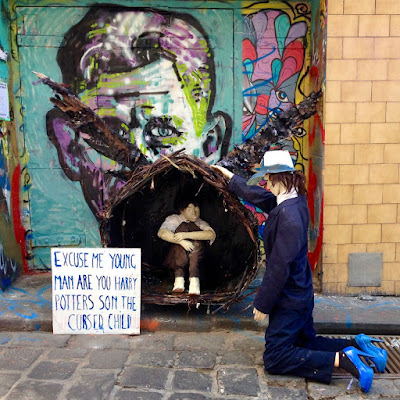 Harry Potter and the Cursed Child has started in Melbourne last month.  Hence the weird scene here with the sign "Excuse me young man are you harry potters son the cursed child.  I am not sure why the question is being asked by a man in a business suit and high heels.  Perhaps I need to see the play to find out why! 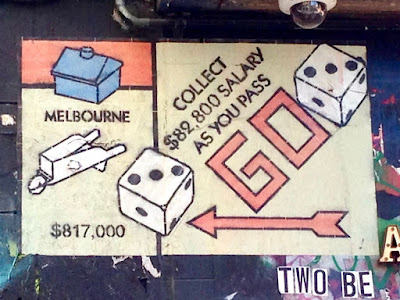 This picture is about the craziness of Melbourne's real estate markets. 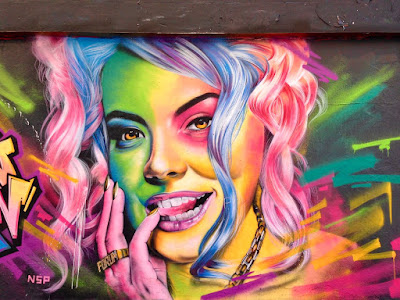 Lily Allen played in Melbourne a week ago. 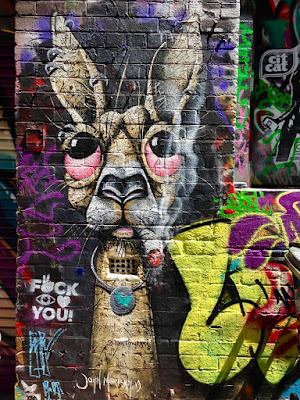 Is this a kangaroo?  Sylvia just liked the rude words! 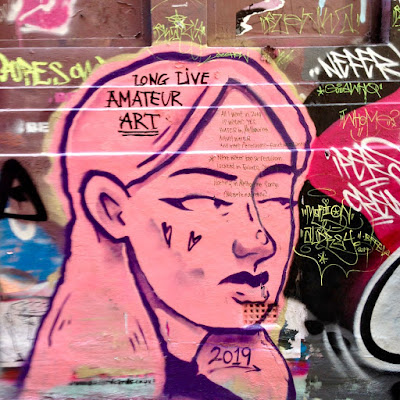 There is a message on this girl's face and it reads:

"All I want in 2019 is water.  Yes.  Water in Melbourne ... actual water.  And men's restrooms - functional ones.  Next water tap and restroom located in Toronto, Canada.  Nothing in Melbourne.  Sorry.  (No we're not really.)"

Wow I know the water situation isn't great but it isn't like Johannesburg! 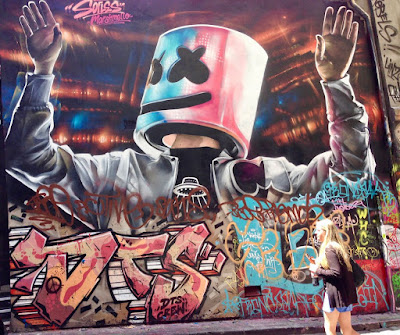 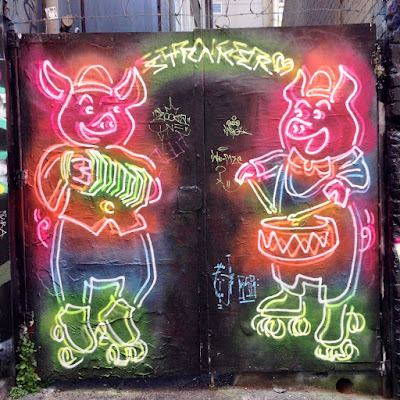 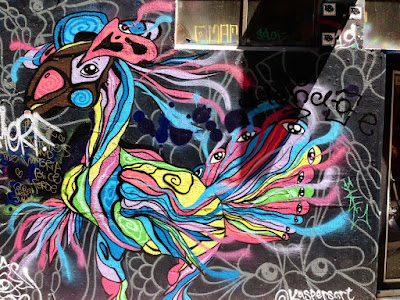 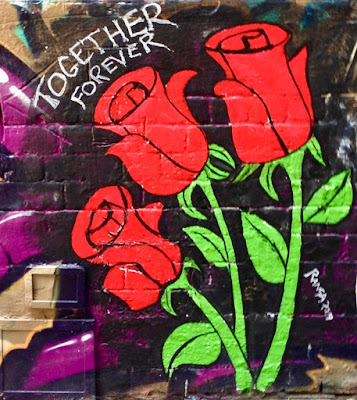 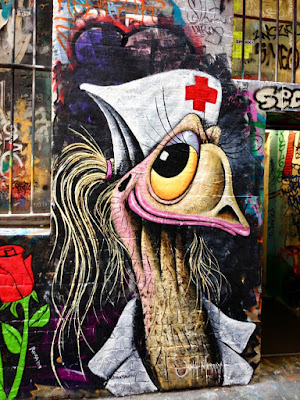 I know it doesn't look like him but it makes me think of Ozzie Ostrich! 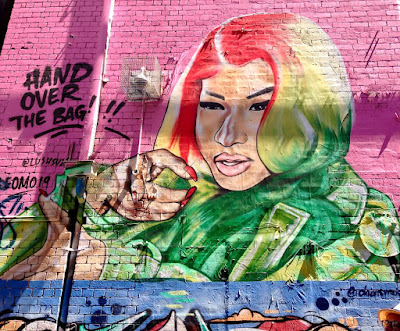 What does "Hand over the Bag" mean? 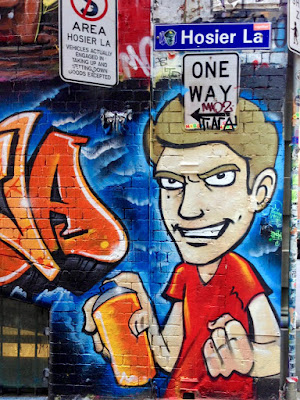 And one of the street artists.  Actually there were artists at work while I was there.  This does not seem so unusual but it is always fascinating to watch.