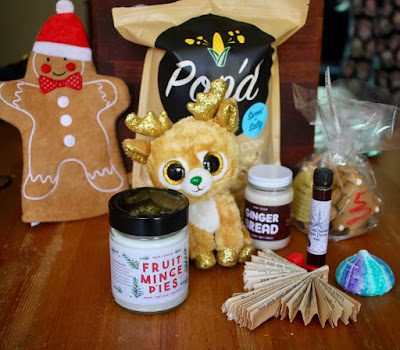 It's that time of year when we try to ignore the sense that Christmas is just around the corner and say surely-it-can't-be-Christmas-yet while we count down the days in a mixture of horror at all the preparation needed and gleeful anticipation of holidays.  Along with everyone I talk to, I am filled with the lack of energy that comes at the end of a busy year.  And I know it will just get busier.  Work is crazy, we went to a carols service last night, end of year gymnastics display day today, have been out Christmas shopping and I am wondering when I will find time to tidy the house.  It is forecast to be 36 C next week and I am not ready for that either.

Despite feeling quite overwhelmed, there are some very nice moments in the lead up to Christmas.  Take for example the Coburg Night Markets that run for the four Fridays before Christmas.  We love it for a food truck dinner, some socialising and Christmas shopping.  Above is a photo I took after the first night market this weekend.  We love our Sweet and Salty popcorn from Pop'd, the candles from Nook and Burrow, the angel tree decoration from remaki and I can't wait to try the smoke maple syrup from Smalt. 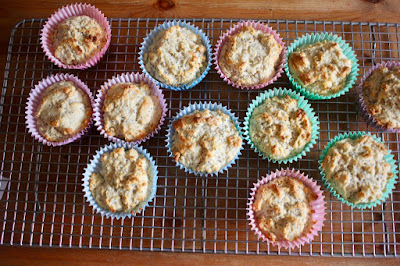 I was pleased to find that the remains of a very garlicky cheese ball can be successfully added to my cheese and parsley muffins instead of the grated cheese.  I really loved that all the poppyseeds around the edge make an interesting texture as well as the cheeseball flavours really making the muffins taste great. 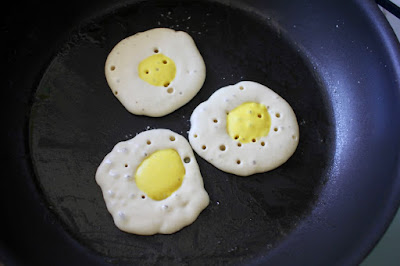 We had some fun with pancakes when Sylvia tired of me never making her squeezy bottle pancakes and decided to make the mixture herself.  We amused ourselves making fried egg pancakes which looked quite real while cooking, though a bit less so once made. 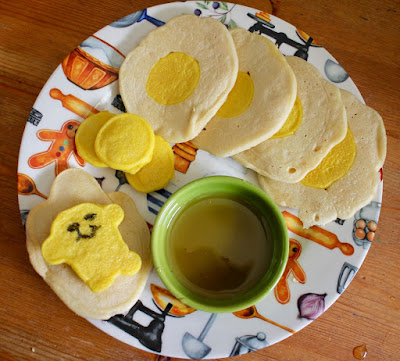 Then Sylvia decided she wanted to make a gudetama.  This was much harder than a fried egg but gave us lots of laughs. 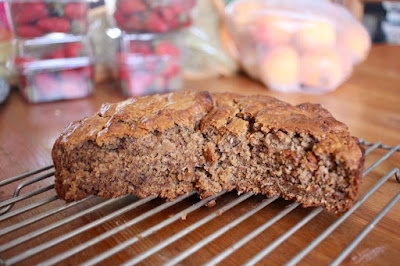 Sylvia is becoming quite a little chef.  She made this banana and coconut cake with minimal supervision and was very proud of herself.  Now she is very keen to bake alone.  This sometimes works and sometimes doesn't.

Below are some oat cookies she made one morning and woke me at 7am to give me a taste of the cookie dough after the cookies had gone into the oven.  They were lovely.  I only helped with working out when to take them out.  (I have learnt a thing or two about dealing with my temperamental oven though sometimes still get caught out myself). 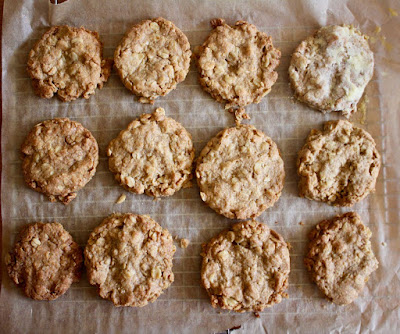 Other than these bakes, Sylvia had made some choc chip condensed milk cookies while I was out and added wholemeal plain flour rather than white self raising.  They didn't look great but actually tasted good still.  She is also becoming quite good at baking pizza and cooking gnocchi from a packet.  So she had some friends around recently and they made pizza for lunch together. 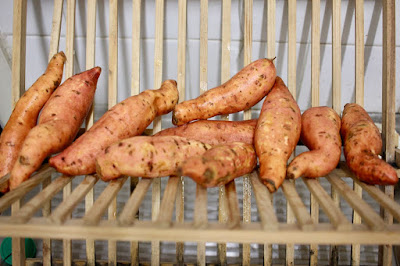 I loved the look of these cute little sweet potatoes I bought at the Queen Vic Market.  I roasted them and used them on the side for quite a few meals and then I forgot about them.  Sadly the remains had to be binned.  So frustrating as I had thought I had finished them. 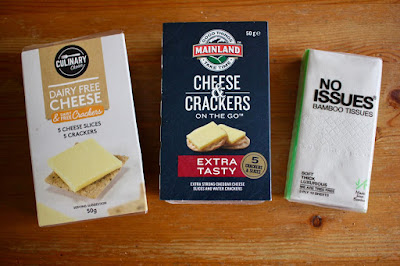 We quite like these Mainland Cheese and Crackers.  I was interested to see that now there is a dairy free version from Culinary Choice.  They weren't bad but the crackers are a bit like cardboard and could do with a bit more flavour and texture.  I was also interested to see Bamboo tissues now on sale.  I have never been a tissue person as we always had handkerchiefs when little but E and Sylvia like their tissues. 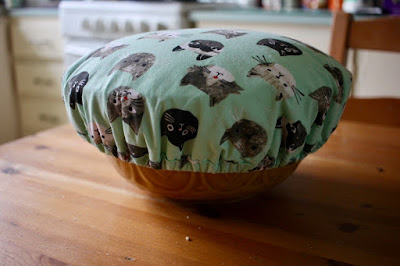 Now that it is getting warmer I am finding that when I bake bread the dough is rising so much faster than in winter!  When it rises this high it sticks to the bowl cap but at least it is warm enough to dry it quickly after washing. 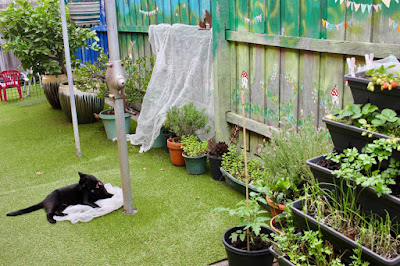 The garden is doing well.  Thank goodness for lots of rain in November, especially with some new raspberries and tomatoes.  I have some netting over the raspberries and blueberries to stop them being eaten by birds.  The tomato plant is growing at some rate and had the start of a few little cherry tomatoes.  I have got some more basil in the garden.  And if I worry about spare netting blowing away, never fear when there is a cat eager to sit on it!  Thanks Shadow! 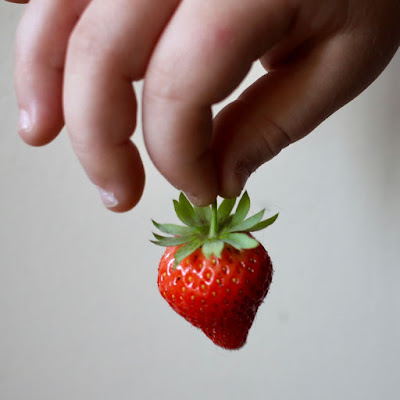 The first strawberry of the season from out garden.  Fantastic! 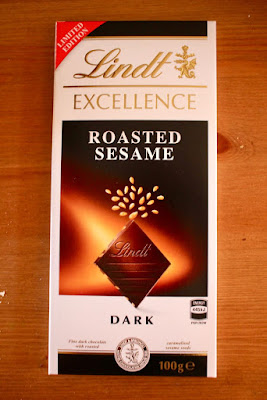 I had to try this new Lindt flavour.  This roasted sesame chocolate was wonderful.  Definitely recommended for lovers of baklava.  Best kept hidden behind all the plain chocolate so no one else discovers it who might not appreciate it as much as me! 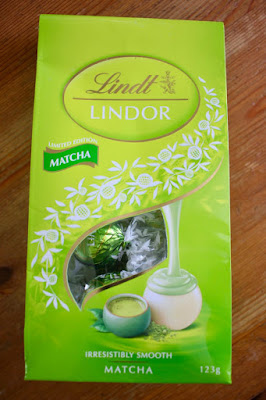 I bought this packet of matcha lindor balls because I was fascinated by the colour.  They were nice but I am not that keen on white chocolate, and the matcha taste was not that strong for me.  I did love the green filling even though it looked to me like the filling in a spinach and ricotta ravioli. 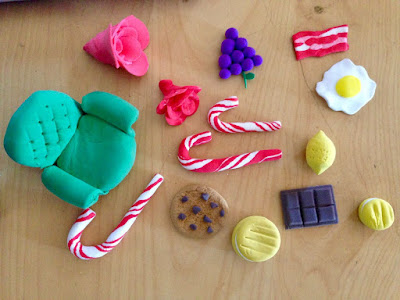 Sylvia and I had a session with air drying clay. We worked out how to make an armchair, candy canes, a choc chip cookie and chocolate from YouTube. 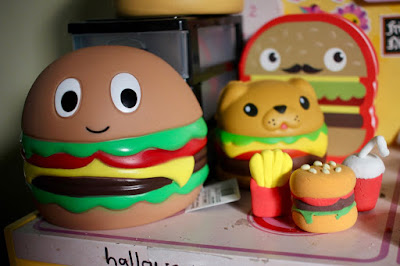 Then because she has a burger collection, Sylvia worked out on YouTube how to make a burger, fries and added these to her collection.  Pretty cute! 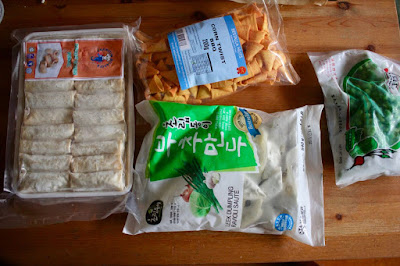 Meanwhile I had to park near KFL supermarket and dropped in to buy some Asian foods: spring rolls, dumplings, edamame and some cheese corn twist chips.  The frozen edamame were useful when Sylvia's friend banged her foot getting off the bike. 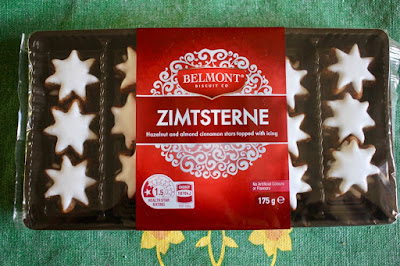 We had a trip to Aldi where we bought Zimtsterne and Lebkuchen.  The Germans really know how to do Christmas food! 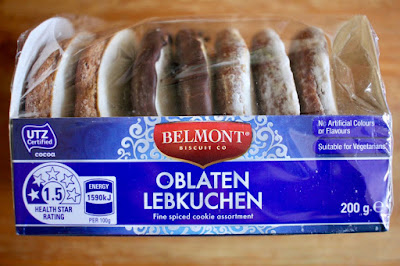 Our packets are still in the cupboard but I did come across the remains of a morning tea at work - as you do - and sampled a zimtsterne from Aldi so I can confirm that they are very good. 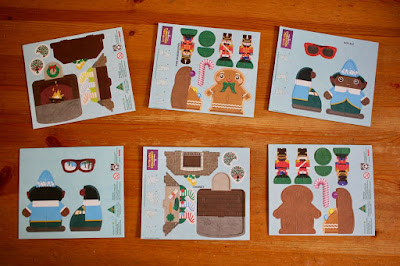 Finally, the supermarket wars continue.  In July, Coles brought out Little Shoppers which were hugely popular.  Woolworths had some Christmas pop outs right now.  They seem to have responded to the environmental concerns of the Little Shoppers and are just made of cardboard with no plastic packaging.  Sylvia thinks they are great!  It will be interesting to see what happens when Little Shoppers return at Coles for a Christmas special run next week.

I am sending this post to Sherry of Sherry's Pickings for the In My Kitchen event, that was started by Celia of Fig Jam and Lime Cordial,  If you would like to join in, send your post to Sherry by 13th of the month.  Or just head over to her blog to peek into more kitchens.
Posted by Johanna GGG at 22:49