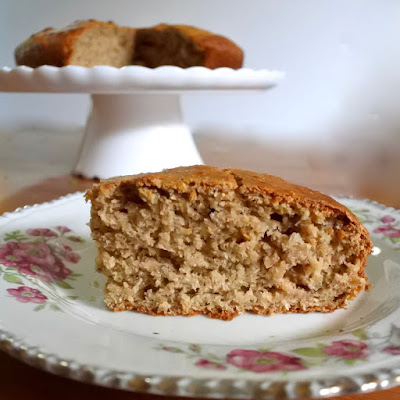 Occasionally people ask if I have thought of writing a cookbook.  More often I feel that I am far more suited to blogging than cookbook writing.  Cookbook authors have to make the same recipe over and over with great precision.  It is not the way I cook.  I tinker and tweak recipes.  Take this banana cake.  I have made it twice.  The first time I veered from the recipe on veganbaking.net and the second time I changed it again. 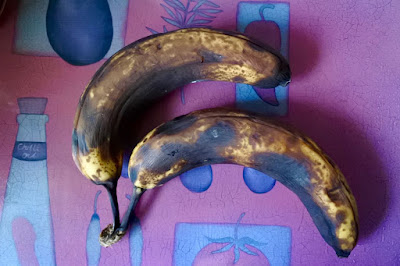 Manky old bananas like these are the reason that I have so many banana cakes on my blog.  Sometimes I return to old recipes and sometimes I want to try something new.  Many banana cakes ask for 3 bananas.  I was particularly drawn to this vegan banana cake because it only needed 2 bananas.  Which was all I had.

The first time I made the banana cake was just before I picked up Sylvia from school.  We met a friend of hers.  When her little sister told me it was her birthday I was pleased to be able to offer her a tub of sliced cake. 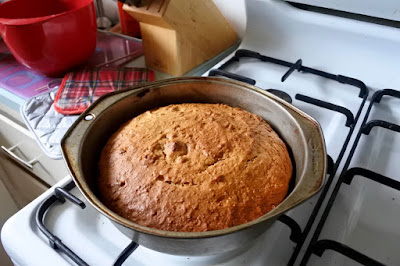 The second time I made the cake I was in a rush to leave the house and took it out without even testing it.  The cake was slightly soft in the middle after 40 minutes in my slow oven but it tasted lovely.  I love cakes warm from the oven but the texture of this one is better after cooling.  Sylvia and E were very pleased to get home and find fresh cake waiting for them.

This is a lovely soft cake with a slight texture from the coconut.  Enough texture to make me happy but not enough to alienate kids who do not like bits.  It is vegan and low in oil.  I am looking forward to making it again.

Mix milk and vinegar or lemon juice in a small bowl and set aside.  Mix banana, sugar,  oil, vanilla, salt and cinnamon.  By now the milk mixture should be slightly curdled and can be mixed in.  Add flour, baking powder and bicarbonate soda.  Stir until combined and then briefly stir in coconut if using.  Scrape into a greased and lined 20cm round cake tin.  Bake at 180 C until golden brown on top and a skewer inserted in the middle comes out clean.  (25 to 40 minutes depending on your oven.)