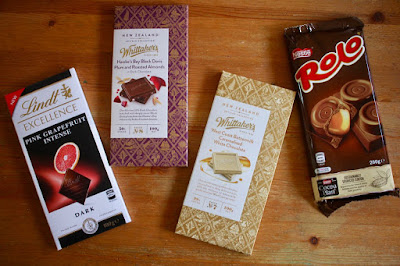 September arrives with a lick of sunshine and a downpour that is the promise of Spring.  I am looking forward to the change of season, lighter evenings, sunnier mornings and some fresh produce.  The end of August has found us in a flurry of baking, chocolate and binge-watching Stranger Things recently.  The last is not quite my cuppa tea but I love seeing Winona Ryder in such a great role.

Above you can see a selection of recent chocolate bars.  I was excited to see the fancy Whittakers chocolate, (Am still waiting to try the Hawkes Bay Black Doris Plum and Roasted Almond chocolate.)  Sylvia wanted the grapefruit Lindt and I was tempted by the Rolo chocolate.  Perhaps because I read an interview where Winona was talking about Rolos as a childhood treat. 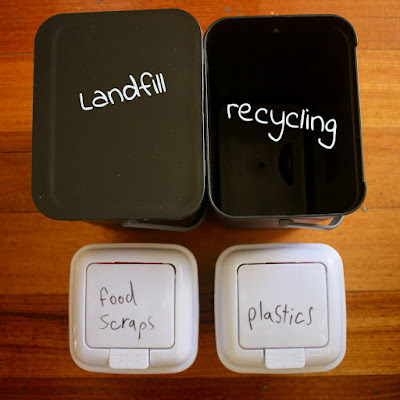 I have recently tried to tidy up our bins situation.  We have gone from a landfill and a recycling bin to 4 bins with our council now accepting food scraps and trying to collect soft plastics for the supermarket recycling.  (Plus our worm farm tub that is not pictured.)

Quite frankly, I feel quite despairing of recycling plastic as the stories I hear/read do not make me feel it will solve the planet's plastic problems.  Maybe there is some research breakthrough around the corner that will help.  Meanwhile, I think being aware of recycling woes is a good incentive to try and reduce our plastic consumption. 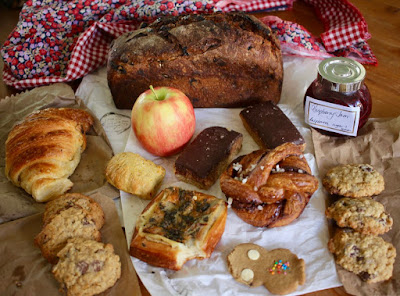 A few weeks back I made quite a few purchases at the farmers market.  I am particularly taken with the red cotton bag made out of an old pillow case.  I asked for a loaf of gingerbread fruit bread, 2 potato and cheese pastries and a Scandinavian cinnamon scroll at a bakery.  When they said these would cost me $32, I almost fell down in surprise.  I paid and made a note to make this bakery for special days or those when I feel quite rich.  Also in the photo are some choc chips oatmeal cookies I made for a cake stall. 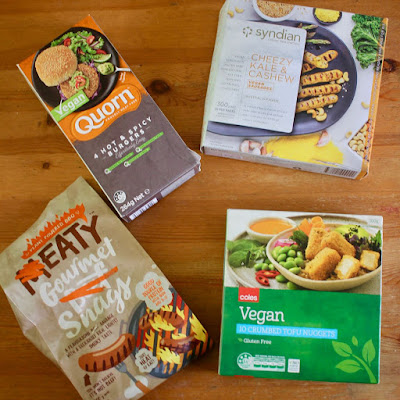 There is a sudden rise in vegan products at supermarkets.  E really loves the Quorn products - much more than I do.  As well as the hot and spicy burgers, he is very partial to Quorn fish fingers that I find disturbingly fishy.  I am partial to a vegie sausage and have two packets of new veg sausages to try.  Sylvia really loves the Coles tofu nuggets and asking me to buy them in multiple packets. 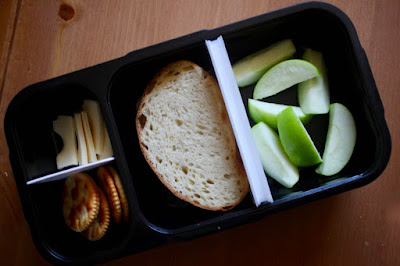 Sylvia has a new lunchbox.  Her lunches haven't changed too much though there are some potato scones for her lunch tomorrow and she has been trying a few other things for lunch.  But the standard is a vegemite sandwich, cheese and bikkies and fruit (usually apple at the time of year). 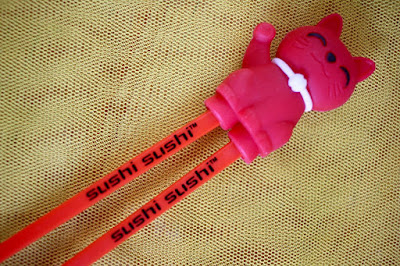 There are lots of cat objects around the house lately.  I bought Sylvia this cute Maneki-Neko cat chopsticks.  Sylvia is actually quite adept at chopsticks without the kids version but she loves these.  (And I confess I bought these because they caught my eye and later I told myself they were just unnecessary stuff to have about the house!  We are trying to buy less "stuff" but there is temptation everywhere so sometimes I forget.) 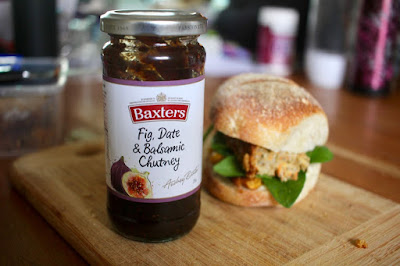 We eat quite a lot of tomato chutney in our house.  I wanted something different so I bought this Fig, Date and Balsamic Chutney.  It is great with nut roast or cheese.  Or both.  I had it with a roll which had nut roast, cheese, roast pumpkin and baby spinach. 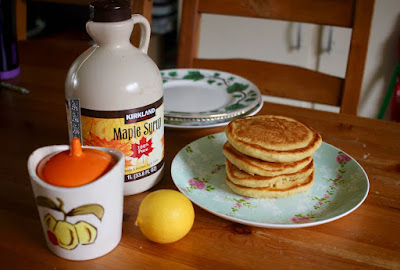 For a while we were eating pancakes quite regularly on weekends but this has tailed off lately with busy mornings and lots of farmers market outings.  So a few weeks back I was happy to have a lazy weekend morning where we could slow down and enjoy pancakes. 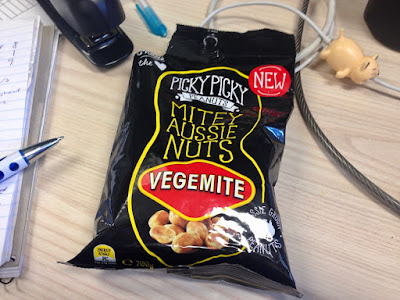 I would have these Vegemite flavoured peanuts at home but they are not welcome with Sylvia's peanut allergy.  So I took these into work.  I can't have too many at a time because they are quite intense in flavourings.  But they are good sometimes when I just need a little something to keep me going.  I offered them to a couple of colleagues recently who gave them a rather odd look.  Not for everyone! 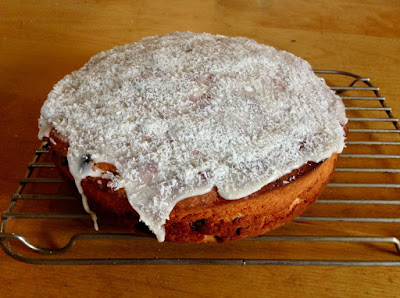 Another non-quite-in-my-kitchen is this boston bun.  I wanted to take something to today's father's day lunch at my parents' place.  Boston bun is a family favourite.  So I baked one in the morning, took the warm bun to their place and iceed it there.  We had it after lunch with butter.  And then we had seconds!  Not that there were too many to share it as it was unusually just me and my parents.  Coming from a big family, this is quite unusual but everyone is quite busy lately and other siblings were seeing my parents at various times during the day. 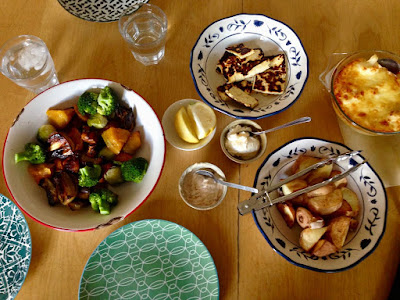 Although not-at-all-in-my-kitchen, I can't resist sharing this photo of the delicious meal my mum made for us.  Lots of vegies: roast potato, pumpkin, onion, parsnip and garlic, plus brussels sprouts, cauliflower cheese and haloumi.  While I was seeing my dad, Sylvia went to the Cat Cafe with her dad and then we all saw a quirky and beautiful art house movie, Jack and the Cuckoo Clock Heart.

I am sending this post to Sherry of Sherry's Pickings for the In My Kitchen event, that was started by Celia of Fig Jam and Lime Cordial,  If you would like to join in, send your post to Sherry by 13th of the month.  Or just head over to her blog to peek into more kitchens.
Posted by Johanna GGG at 22:52