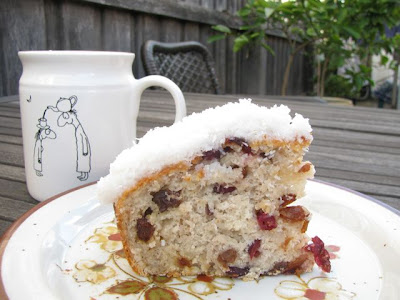 Today’s boston bun is brought to you courtesy of the petty bureaucrats at the post office. I had an interview there last week for Sylvia’s passport. We were struggling to get there on time. Zinc would not come inside. I told her she would be a soggy moggy if the rain clouds delivered on their promise. ‘Meh’, she said and sat on the shed roof. Sylvia decided she just preferred to stay at home feeding. We will be late I told her. She just poked her tongue out at me.

We got there just on time and found that our form was not quite right. The problems were so petty I had smoke coming out of my ears and had to wait til I was calmer to make another appointment. So I stomped around the shops thinking I would make a chocolate cake to cheer myself up. Yes, when faced with bureaucratic red tape, chocolate is the answer!

I had some potatoes at home and thought I would make a chocolate cake with mashed potato. But this made me remember the boston bun with mashed potato and I decided that was what I needed. Perhaps it appealed because boston bun fills me with nostalgia for the simple days of childhood when I didn’t have to wrangle bureaucrats at the post office. 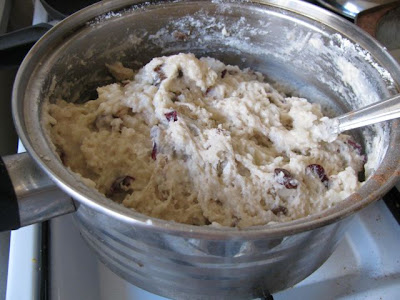 It seems that every weekend of my childhood my mum bought a crusty vienna loaf and a boston bun. We would slice away at both of them with a big bread knife. The bread was topped with cheese, german sausage and sometimes some salad. The boston bun was studded with sultanas and topped with a thick layer of sickly sweet icing, which was liberally sprinkled with coconut. It was cut into thick wedges topped with slabs of butter.

You could tell where the pieces had been eaten by the flecks of coconut that fell everywhere like a bad case of dandruff. At the end of lunchtime the vienna was usually finished but there might be a small piece of boston bun which would sit around on a plate for a few hours of drying out until someone finally scoffed it. The table was covered with crumbs, coconut and maybe a smear of butter. Signs that seven hungry kids had devoured lunch and disappeared to avoid cleaning and dishes. 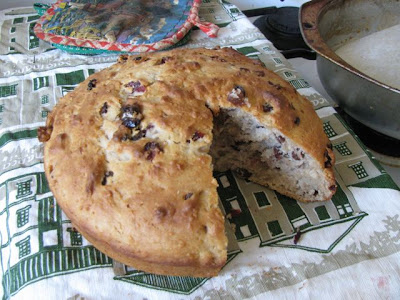 But what I couldn’t remember is where we bought the boston bun. I asked my mum. She told me that there wasn’t a bakery in the town where we lived but there was one nearby in Birregarra. The baker would visit my mum with his wares and she would pick what she wanted – including a boston bun. If she wasn’t there, he dropped off what he thought she would like. One of his best customers, no doubt! (And she told me that her grandmother also had the butcher and green grocer visit to sell her their wares.)

When I told mum that I had made the boston bun with mashed potato, she knew the recipe immediately. I suspect most Australian women of her generation with an Anglo-Irish background would know it. Old cookbooks have information about how to use potatoes instead of yeast in baking bread. Mum tells me her grandmother kept a pot for potato peels for that purpose. I have made Nigella’s potato bread a few times and can testify to the fine results (although it has yeast too).

The boston bun recipe seems to be an Australian tradition which might come from Boston during the gold rush years of the 1850s but nobody seems to know for sure. There are plenty of similar recipes on the web. I chose one with less sugar and some mixed spice (cinnamon, nutmeg and allspice). Adding the mashed potato to the recipe does make it into a shaggy mess of dough that has a great texture when baked. Not bad for a bun made with low fat milk, no butter, no eggs, and no yeast (although if you were using leftover mashed potatoes from dinner it might have salt and butter in it). 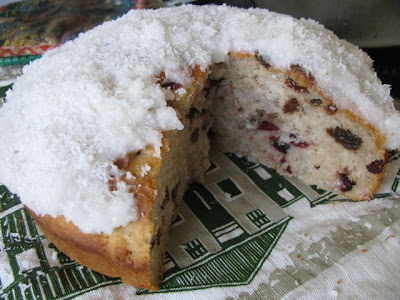 My dad visited before I had iced the bun and had a wedge warm from the oven. He was most complimentary. This meant a great deal, considering the amount of boston buns he has encountered. He liked the chewiness of the well cooked crust. After he left I iced the bun and was pleased with how much it looked like those I used to enjoy throughout my childhood. I am not sure exactly how much icing sugar and coconut I used but it was about half of each in a mug, stirred with the knife that I used to spread it on the bun.

I had started boiling the potato for mashing at 9am and had it ready by 12.30pm. A fine achievement for the morning. I took it along to a friend’s place and it was warmly welcomed. There wasn’t much left but I did have a few pieces left for the next day. It was still soft and good to eat. I hope to make this again – without icing it is a great low fat bun, and with icing it takes me back to my childhood.

Combine the potato and sugar. They will be quite liquid. I had some lumps in mine because my potatoes weren't mashed quite smoothly. Some recipes say the potato should be sieved but the bun was fine despite a few lumps.

Cook for approx 40-50 mins until firm to the touch in the centre , golden brown colour and beginning to leave the sides of the cake tin. (I tried to put a skewer in to test after 50 min and it came out a little claggy but was a good texture once cooled.)

Remove from tin and cool.

On the stereo:
Monohalucinatory Mountain: Current 93