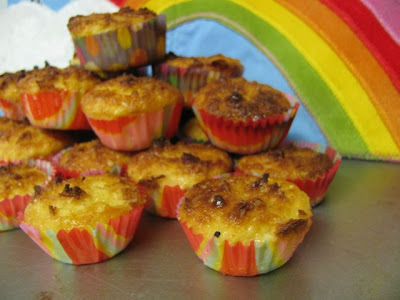 Earlier this week I tried a new gluten-free bake that I found at Sugar Nut. They are a Brazilian sweet treat, called Queijadinha and pronounced kay-jah-dee-ña. I couldn’t think of any Brazilian foods but they are posted by Renato who is a Brazilian himself and says that the cookbook where he found them is by Brazil’s answer to Julia Child – maybe that is Australia’s Margaret Fulton. (If you want more Brazilian recipes, you should check out his avocado cream pots.) 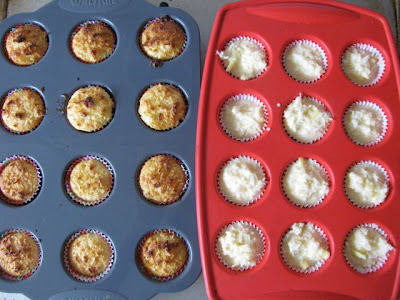 Renato says the queijadinhas are a cross between coconut macaroons and cheese popovers. I don’t have a good sense of what popovers are. When I looked them up on Wikipedia I discovered they are quite similar to Yorkshire puddings. Now you are speaking my language! I had always thought popovers were like little pastries. Yorkshire puddings are quite eggy and light. Macaroons are dense and chewy. These queijadinhas are eggy and light but laden with coconut so the edges are quite chewy. I was partly attracted by the addition of cheese but I didn’t think them very cheesy.

I found the recipe via Climbing the Walls’ Sugar High Friday Gluten Free Round Up and was interested in them as a different sort of gluten free treat. It are one of those recipes that has a negligible amount of flour so it doesn’t matter too much if you substitute something like soy flour or a gf flour mix. Mine made a lot so I took some to a friends and sent some home to my gluten free sisters house and kept some for us. 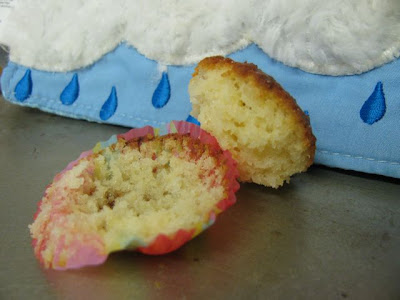 They were nice little snacks. More like macaroon cupcakes to me. Not overly sweet but more eggy than I would usually choose. I used some very small mini muffin papers and so they were just a wee bite. Renato was right that they were much better at room temperature than straight out of the oven, and they were even better the next day. They were a bit fluffy and tasteless when hot out of the oven but became more chewy and flavoursome when given some time to sit. The other benefit to letting them cool is that they are much easier to get out of the cupcake papers.

If I made them again I would think about giving them some additional flavour. White chocolate chips and lime zest was top of my mind but I even wondered about some cocoa to make them chocolatey. Perhaps a savoury version with yoghurt and creamed corn instead of the condensed milk and some herbs and chilli and maybe some cornmeal. There are many possibilities but here is the original from Renato. 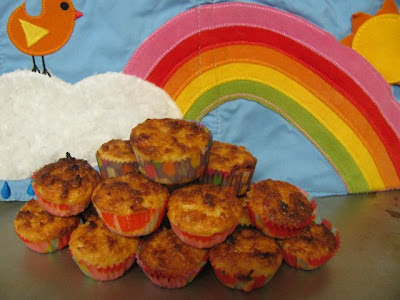 Soak the shredded coconut in the 200ml coconut milk for 30 to 60 minutes. (Hey, I don’t remember doing this!)

Pre-heat oven at 200C / 430F. Line mini muffin tins with cupcake papers (I would not recommend baking these without papers because they were so hard to get out of the papers when warm).

In a large bowl, beat the eggs, condensed milk and butter, until well combined. Add the cheese, flour and baking powder, and stir to combine. Add the shreded coconut and coconut milk, and mix until combined. The mixture will be quite sloppy.

Spoon into mini muffin tins (or greased ramekins if you want them big) and bake for 30-40 minutes. They are ready when puffed up and golden brown.

On the Stereo:
Earth Covers Earth: Current 93
Posted by Johanna GGG at 12:13