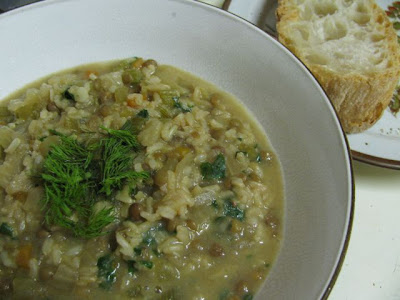 I am not that familiar with fennel. I know it is good in cassoulet but that it is not welcome in salads in our house. So when I saw a recipe for Fennel and Brown Rice Soup with Toasted Sourdough Bread and Ricotta in Karen Martini’s cooking column of the weekend newspaper a week ago, I was curious. It looked really good and I was determined to try it. 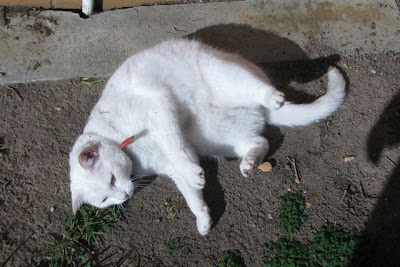 A potato bake was on our dinner plates most of last week but by Friday I was able to use the fennel I had bought for the soup. After a downpour of rain dampened my washing the previous day, it was great to have a glorious sunny winter’s day. Zinc, our sun worshipper cat, thought it was marvellous and it was impossible to get her indoors. She sat in the garden watching as we drove off to the shops. 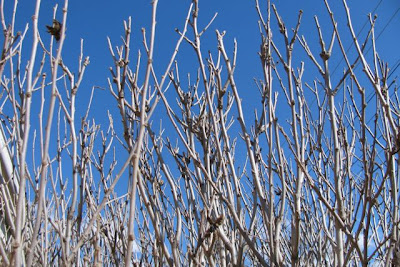 Sylvia and I were off doing more gift shopping because my parents are heading off to Europe tonight and we wanted a few gifts for when they visit my in-laws. We ended up in the poppy shop on Lygon Street. I love visiting the poppy shop which greets us with colourful windmills and has lots of old-fashioned wooden toys, cheerful cuddly toys and quirky gifts as well as lovely soaps, games and greeting cards. It is always full of wonder.

A woman behind the counter asked Sylvia’s name and when I told her she sang ‘Who is Sylvia?’ My mum has sung this song before so I decided to look it up on the web. I am not sure if this is the song but I found a Shakespeare poem which was put to music by Schubert. The spelling might not be the same as ours but I love the sentiment so I thought it was worth sharing.

Who is Silvia? what is she,
That all our swains commend her?
Holy, fair, and wise is she;
The heaven such grace did lend her,
That she might admirèd be.

Is she kind as she is fair?
For beauty lives with kindness.
Love doth to her eyes repair,
To help him of his blindness,
And, being helped, inhabits there.

Then to Silvia let us sing,
That Silvia is excelling;
She excels each mortal thing
Upon the dull earth dwelling:
To her let us garlands bring.
William Shakespeare

I have a theory that the Sylvia song that people mention gives away their generation. My mum’s generation had ‘Who is Sylvia?’ (which is also the alternate title to an Edward Albee play). Those who are a little older than me have sung ‘Sylvia’s mum’ by Dr Hook. But for me the song that instantly comes to mind is Pulp’s ‘Sylvia’. However, I am yet to hear anyone mention ‘Sylvia’ by Elvis Presley. 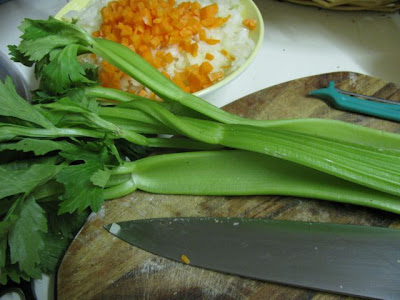 But I digress. The poppy shop is just around the corner from Threshermans Bakery. I went there to get some donuts for E and found a loaf of chewy ciabatta for a bargain $2 on the sale table. It was just the thing I needed to serve with my soup.

When cooking the soup I was worried the aniseed taste of the fennel might be too dominant but once it was ready the flavours were gentle and almost meaty. I wanted a bit more protein so I added the tin of lentils, and I also used up some mashed potato left over from the boston bun. I used far less oil than the 130ml in the recipe. 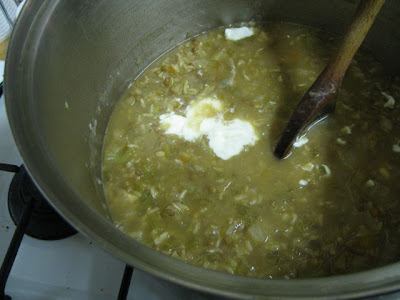 I only had a little ricotta so I added some parmesan cheese, but it was so tasty that I think it would be good without cheese. The ciabatta was wonderful for soaking up the lovely flavours. In fact on the second night I toasted the bread, tore it up and scattered it over the soup like croutons. However, it would make a substantial gluten free dinner without bread. 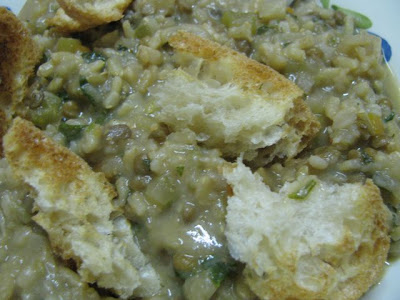 So good. So tasty. I will look forward to making this again.

In a large stockpot, heat olive oil. Fry onion, garlic, celery, carrot, fennel and fennel seeds over medium heat for about 15 minutes until vegetables are soft. Add brown rice, stock, mashed potato and bay leaf. Bring to the boil and simmer for about 20 minutes. Add lentils and simmer an additional 10 minutes or till rice is cooked and the soup has thickened. Stir in parsley, ricotta and parmesan. Remove bay leaf and serve with bread.

Update August 2013 - made this as in recipe but added an extra 1/2 cup water, 1/2 cup red lentils, 1/2 a cauliflower and a zucchini.  I didn't have leftover mashed potato so I added a potato instead. Still lovely.

On the stereo:
John Denver’s Greatest Hits
Posted by Johanna GGG at 20:30