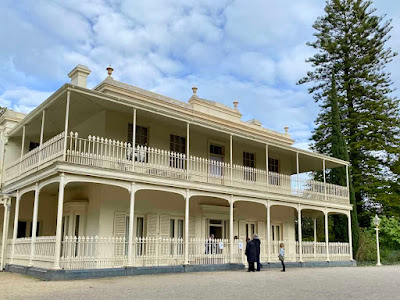 In July school holidays, I took Sylvia and one of her friends to historic Como House to see their Dolls House exhibition. Dolls houses are fascinating both because they are miniatures and a chance to look inside buildings.  And this exhibition was a great walk through history.  There were so many dolls houses it was pretty overwhelming and I regret not taking notes on each one.  I am glad I can at least share some photos and my memories.  Such amazing work. 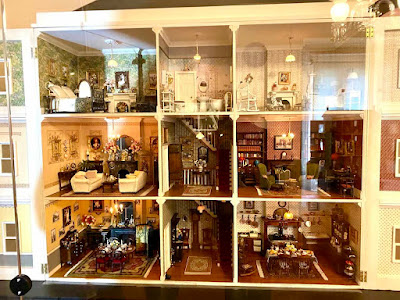 This was one of my favourite dolls houses.  It was right at the start so when I finished I returned to look at it again.  This meant I got confused by not following the signs and came on the entrance instead of the exit and missed a few of the last dolls houses.  But the craft of this Victorian house was amazing.  The next two photos are close ups of rooms from this house. 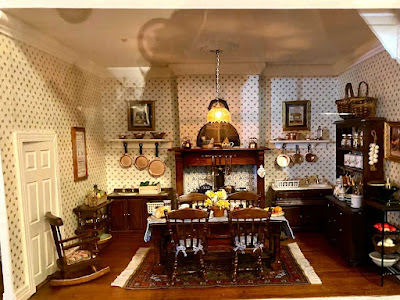 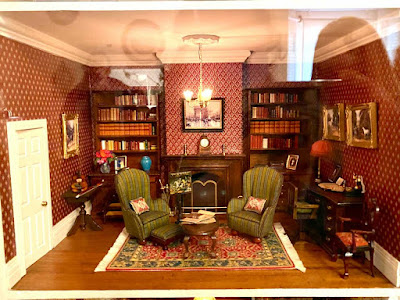 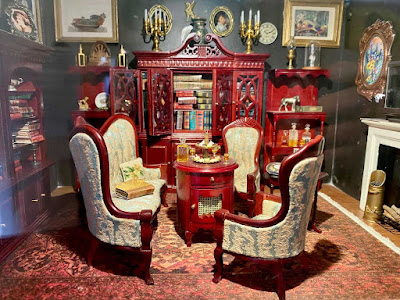 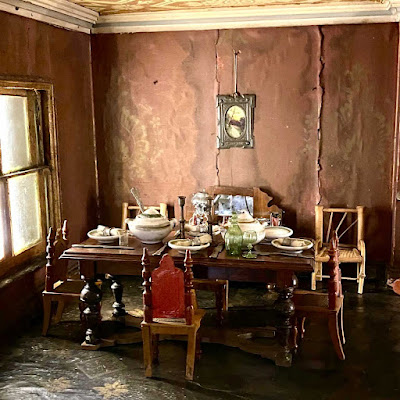 This dining room is in a very old dolls house that I think is from the nineteenth century and was a little worse for wear but the patina of age gave a shabby charm. 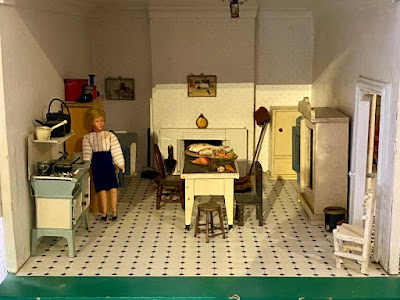 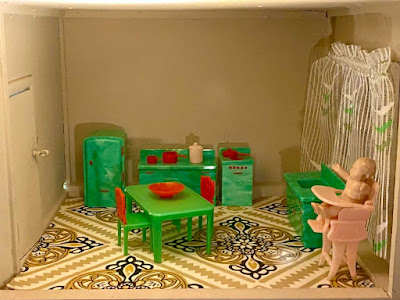 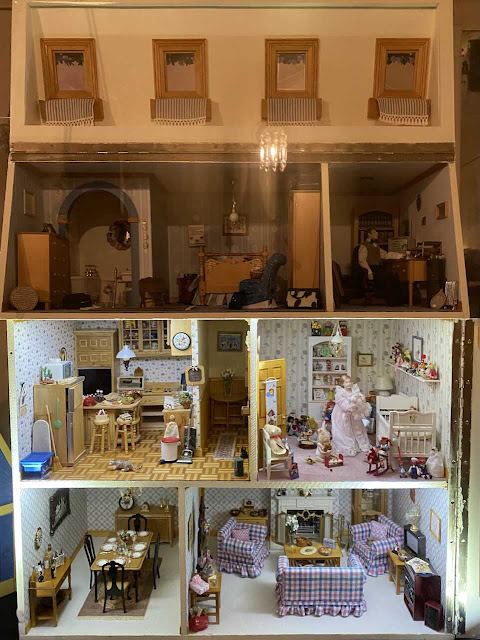 A mid to late twentieth century dolls house.  Close up of kitchen below. 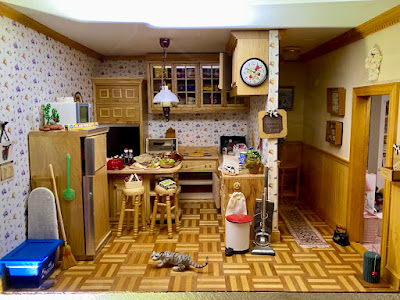 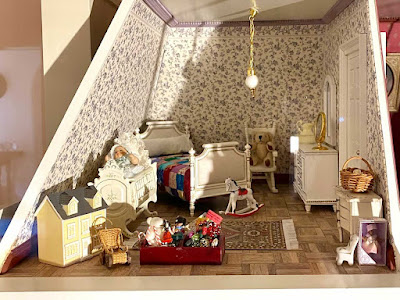 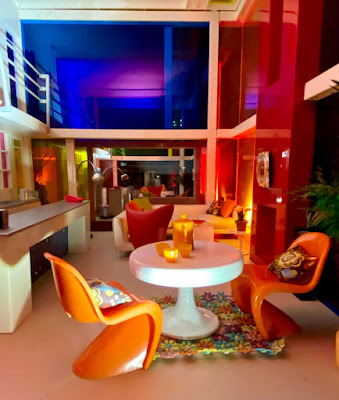 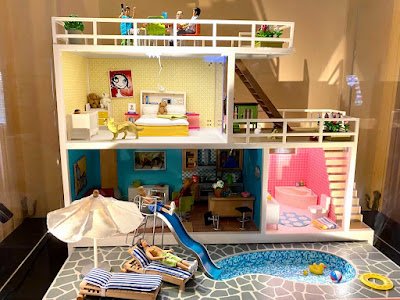 A Scandanavian modern dolls house by Lundby.  Sylvia has some items from this collection in her dolls house. 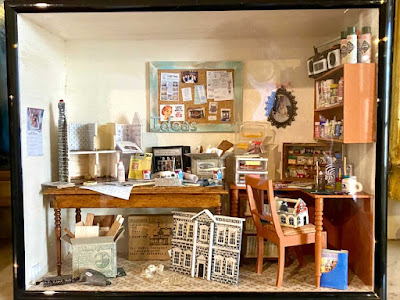 This miniature room displayed a dolls house workshop.  So ironic! 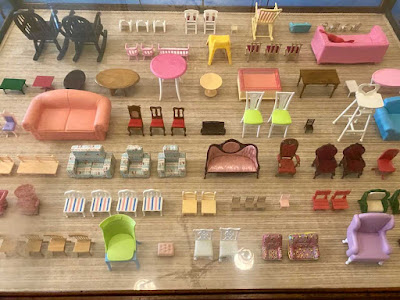 Furniture for dolls houses.  I particularly liked the couch and chairs made out of matchboxes. 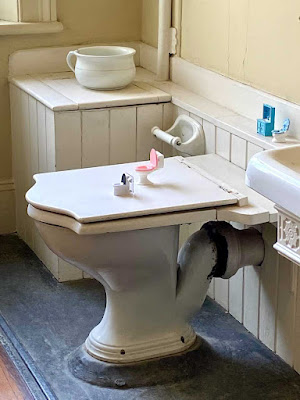 I loved how the heritage furnished rooms of Como sometimes included little dolls house furniture like in this bathroom. 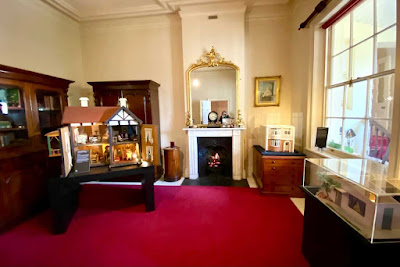 The rooms generally had dolls houses dotted around them, like in the above one. 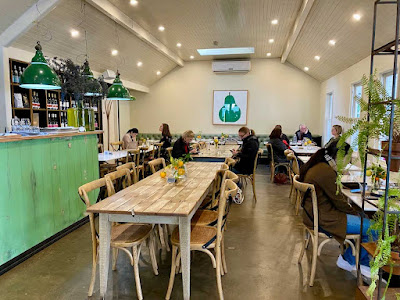 I decided we should grab some lunch before heading home.  Como has a cafe called the Stables.  I found a table inside but the two girls wanted to sit outside.  I think they preferred outside so they did not have to wear face marks.  I liked the rustic green decor. 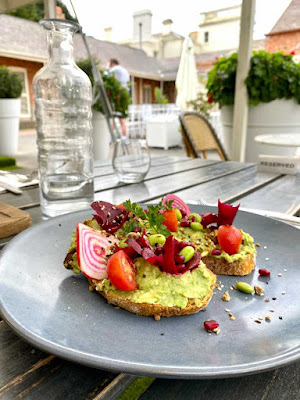 I had the avocado tartine.  It was pumpkin sourdough toast with smashed avocado, edamame, pickled beetroot, pomegranate and pistachio dukkah.  I regretted not ordering the feta to have on it as  it lacked a bit of oomph that the sharpness of feta might have provided.  But it was rather nice and so beautiful and colourful.  I think I wanted the grain salad but we were there a bit too early. 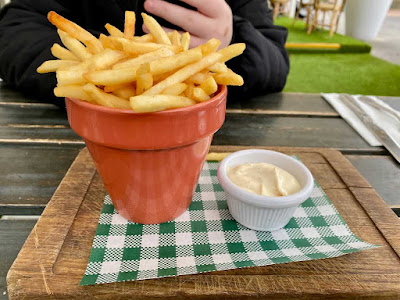 Sylvia had French fries with aioli.  The fries were served in a really cute flower pot. 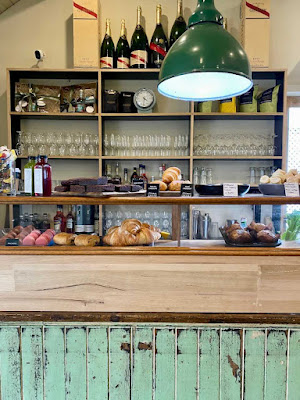 On the way out I bought some savoury scones.  When I asked I was told they were vegetarian but at home as soon as I broke one open I was pretty sure they had bacon or ham in them so I gave them to a friend.  I would return to the cafe.

I am really glad we got to go to this exhibition in the July holidays.  It is such a shame that the lockdown 5 started less than 2 weeks after our visit, which merged into lockdown 6, and Como and the exhibition has been closed since then.  The exhibition was extended until 3 October but unless it is extended again it will be closed before lockdown finishes.