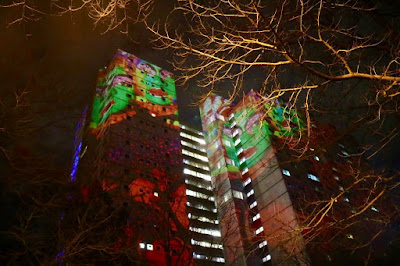 After being wowed by the Gertrude Street Projection Festival a few years back, I was keen to see it again.  This year when Sylvia had a sleepover I was able to slip out and wander the section between Napier Street and Smith Street.  According to the online map, it went beyond this section but I had limited energy.  This year my favourite projections were "Parkies of Old Fitzroy" and "Habitat". 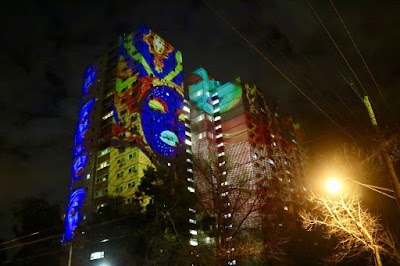 As with my previous visit, the projections were very impressive on the Atherton Towers ("Looking On" by Atong Atem) on the corner of Napier Street.  Yet they were more disturbing than beautiful. 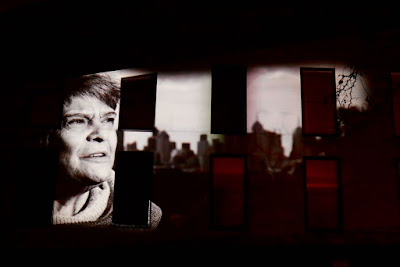 "Parkies of Old Fitzroy" by James Henry was a slide show of striking black and white portraits of Aboriginal people.  It celebrated the Aboriginal heritage of Gertrude Street since colonisation.  There is so much beauty in these faces that have lived such rich lives. 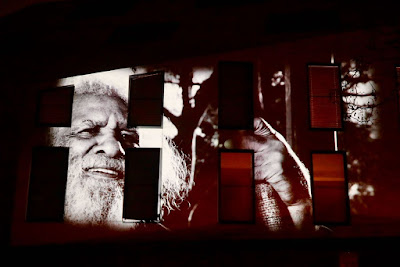 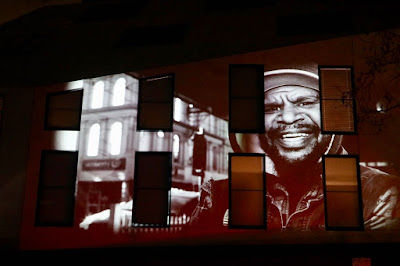 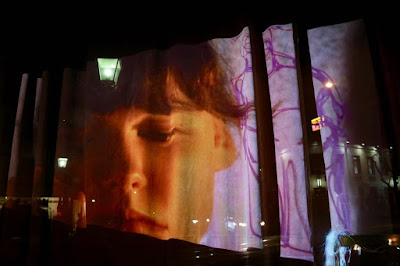 Rose Chong's Costume Hire has been on Gertrude Street for years and had an interesting display of film on a curtain called "Wolf and Woman" by Holly Cuthbertson.  The part I saw seemed to be film on a curtain of women putting on makeup. 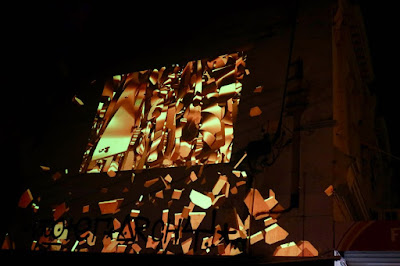 I am not sure of the name of this one which was a screen of fragments which were falling out of the screen.  ("De:struct" maybe.)  Mesmerising. 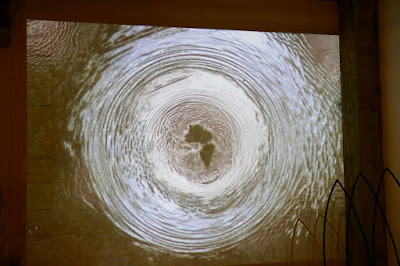 Again I could not find the name of this video of these spirals which looks like the rings you see in trees when they are chopped down.  I thought this might be what it was about because it was in a shop (El Lobo) that sold furniture made of wood. 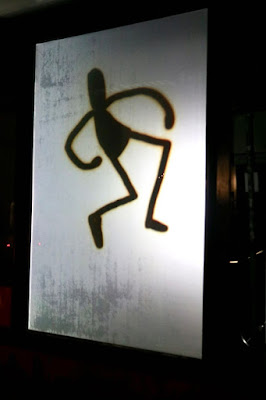 This little guy made me smile.  "Sway" by Tom Civil was very simplistic art but created some fun impressions. 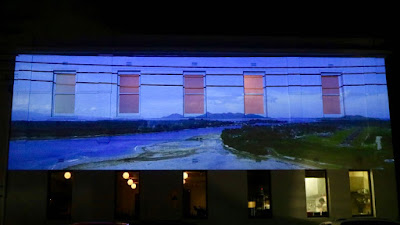 Finally I went to see the "Habitat" (by Taloi Havini) projections on the wall of the Builders Arms Hotel on the corner of Gore Street.  It was mesmerising with the gentle movement of trees and tides. 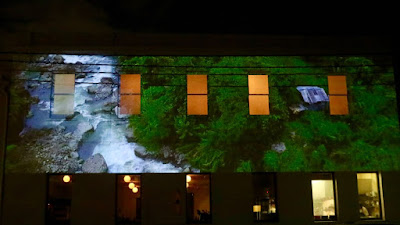 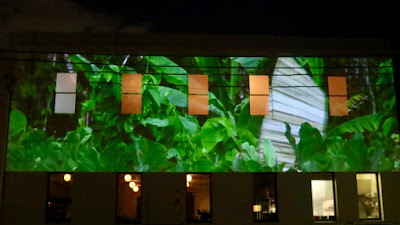 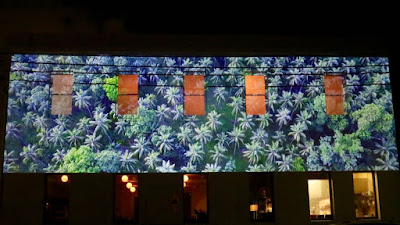 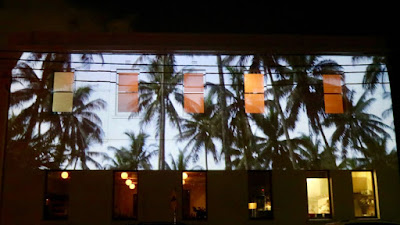 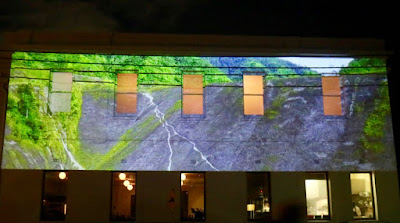 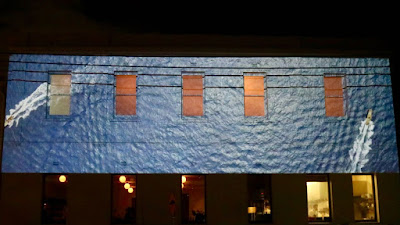 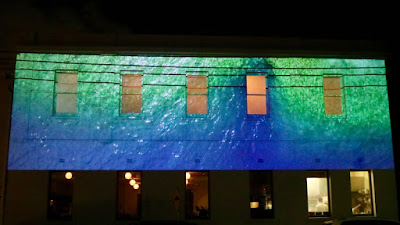 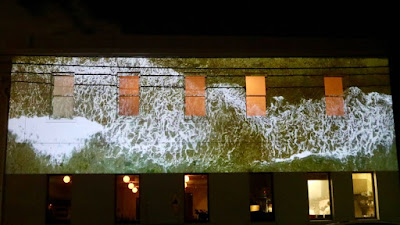 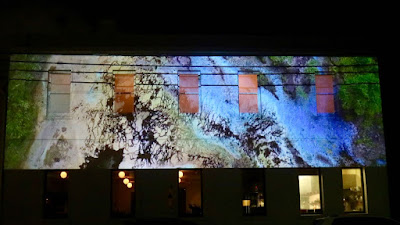 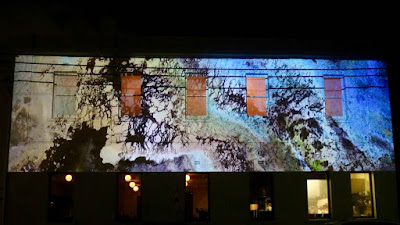 The Gertrude Street Projection Festival runs from 26 July to 3 August 2019.  For more information go to www.gspf.com.au.

You can read about my previous Gertrude Street Projection Festival visit in 2014.
Posted by Johanna GGG at 23:14