10 American recipes for Independence Day in the USA 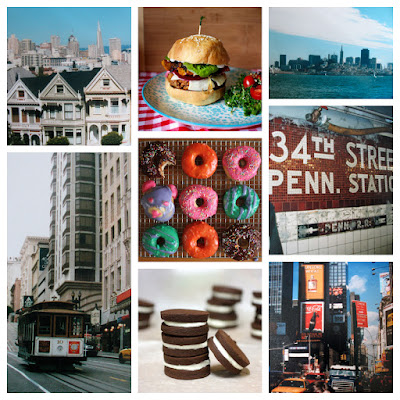 It is that time of year when bloggers everywhere pay homage to the USA.  To celebrate Independence Day, I have delved into my blog archives to find what seem to me to be quintessentially American recipes.

I do not claim great authenticity as an Australian who has only visited America a few times (and you can see from the sub-par photos in above collage that it was some time ago).  However Australia has drawn greatly on American culinary traditions because like America we have a fine magpie approach to traditions.  As settler societies, we have brought our immigrant traditions and adapted them to a new country.  For the USA, think pizza, tex-mex, pretzels, apple pie, pancakes and scone.  Americans have taken these foods and made them their own.

Before I began blogging I thought I was pretty familiar with American cusine because we had so much of it here: think fast food, hot dogs, apple pie, bagels, chocolate bars.  But as a blogger I became curious about the American that we didn't see so much in the rest of the world: think spoonbread, grits, biscuits and gravy, fried plaintains, Graham crackers, Brown Betty, key lime pie, rice krispy slice etc.  So today I share 10 American foods that comfort and amaze me. 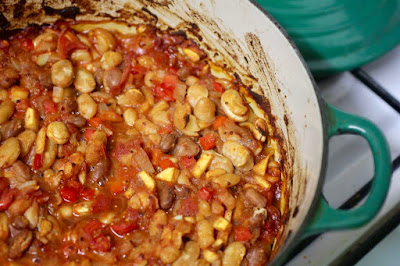 1. Baked beans
If I have just one thing to thank America for, it would be baked beans.  We always have a tin in the cupboard.  I also love making a big pot of baked beans from time to time with a more traditional flavours of mustard and maple syrup that hark back to cowboy days.  It took me years to discover that baked beans didn't come from a tin but now I like them any way they come. 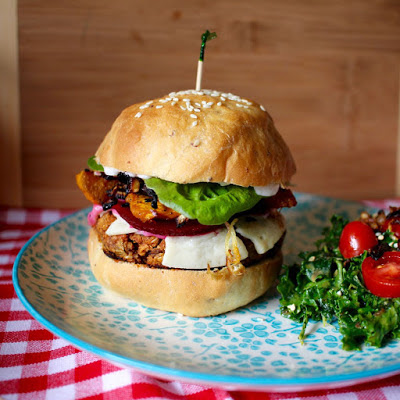 2. Burgers
Long before I had even heard of MacDonalds style fast food, my dad was ordering the burger with the lot from the local fish and chip shop in a quintessentially Aussie fashion.  But it seems the the idea for putting a meat patty between two buns was popularised in America, even though the original idea is claimed by many.  I have eaten many burgers both with meat and vegetarian in my time, I can tell you what is in a Big Mac and I have experimented a lot with making vegetarian burgers on my blog. 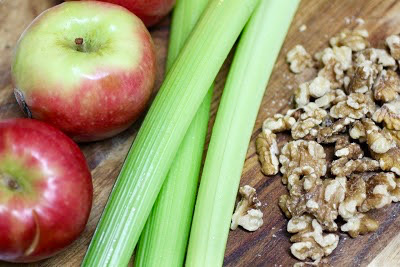 3. Waldorf salad
Ironically I learnt about Waldorf salad as a kid from a British comedy (Fawlty Towers) but as an adult learnt it originated in a fancy hotel in New York. Apparently it was first made for a charity ball at the Waldorf Astoria Hotel in 1896.  It is a fine simple salad of apples, celery, walnuts and mayonnaise that must have appealed to high society in the last nineteenth century for requiring the fresh ingredients.  (Apparently grapes too but they never mentioned that on Fawlty Towers so I am never sure it is true.) 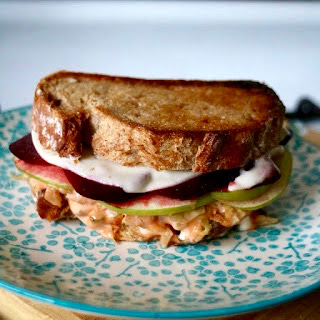 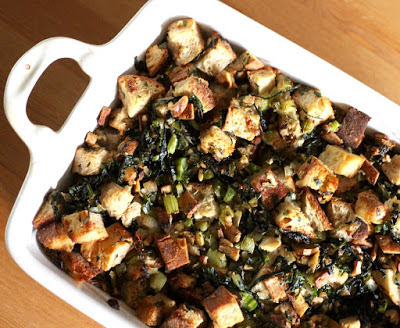 5. Stuffing
I confess that the American idea of stuffing remains as mystery to me as their Thanksgiving.  I have tried stuffing once but it didn't work as I expected.  The main problem though was that the chunks of bread are no match for my memories of my mum's breadcrumb and sausage meat stuffing of my childhood.  However I do love how the Americans incorporate lots of other add-ins to their stuffing and still harbour dreams of discovering just how it should be. 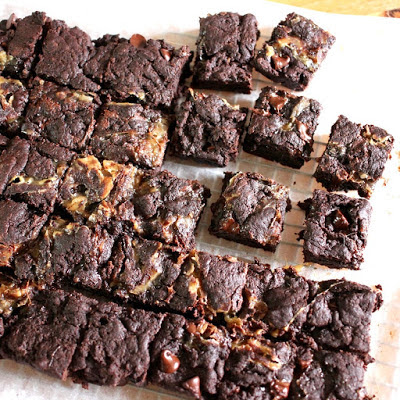 6. Brownies with peanut butter
Brownies are another recipe for which I am forever grateful to Americans.  A good brownie is my idea of heaven.  I love my chocolate cake on the rich and dense side of the spectrum.  I am sharing a brownie recipe with peanut butter here because although I grew up loving peanut butter on toast, it seems particularly American to add peanut butter to sweet foods.  It not something I bake often because since making this recipe, my daughter has been diagnosed with a peanut allergy but sometimes when I am out I eat a peanut chocolate bake. 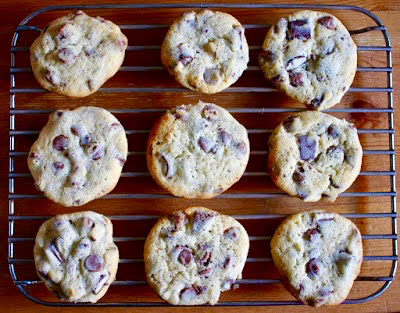 7. Chocolate chip cookies
It took until I was an adult and started to eat freshly baked choc chip cookies to appreciate how good they are.  When you have biscuits that are chewy on the outside and soft inside with melting choc chips, it is such a joy.  What a gift Ruth Graves of the Toll House Inn gave us. 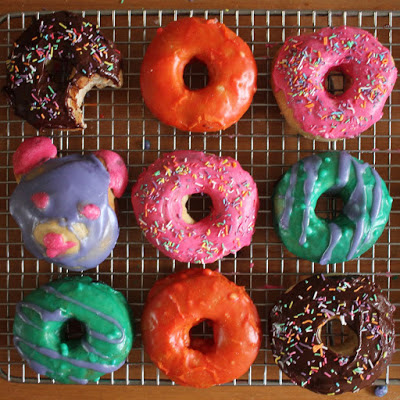 8. Doughnuts
I had to include doughnuts for personal reasons.  While they were not invented in America, they were certainly popularised there. And my daughter went through a phase of being fascinated by doughnuts.  We baked lots and ate lots.  But my love of doughnuts started many years earlier.  From my early childhood we used to visit the American Doughnut Kitchen Van at the Queen Vic Market.  They do the best jam doughnuts ever!  My dad though will buy jam doughnuts anywhere - at the footy, at festivals and at a food van.  So you might say doughnuts are from American but they are part of my family. 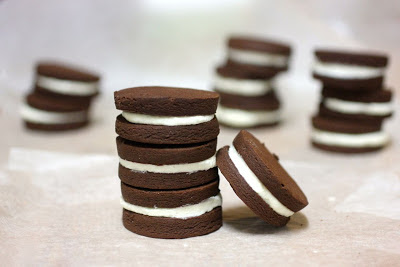 9. Oreos
When I watched Sesame Street as a child, they would talk of milk and cookies.  It always seemed foreign to me.  I never drank milk by the glass and we never used the term "cookies" for biscuits.  One of the American biscuits that I really love are Oreos because they are so intensely chocolatey and because they are fun for decorating novelty cakes. 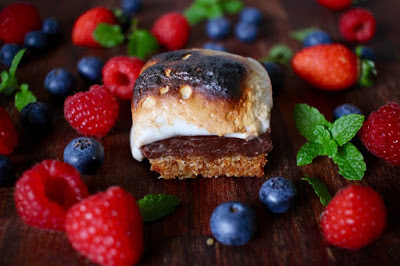 10. S'mores
We had lots of bonfires as kids where we toasted marshmallows.  Occasionally we even baked bananas and chocolate in the coals.  But never s'mores.  I confess I still find the idea of melting chocolate and marshmallows on Graham crackers a mystery.  Last year we made Graham crackers and s'mores.  And I made a s'mores slice to play around with the components.  I am all for the crispy toasted marshmallow coupled with melted chocolate even if putting them together is not something I learned to do as a child in America.
Posted by Johanna GGG at 23:02