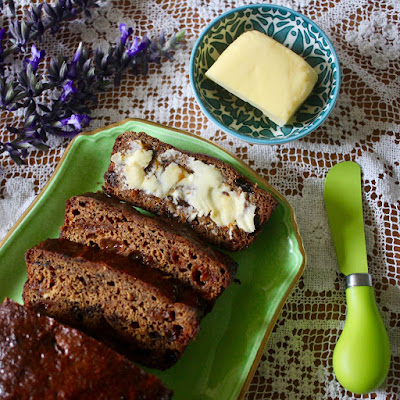 When I saw that bookclub fell on Bloomsday (16 June), an Irish contribution to the afternoon tea was in order.  It was time to try Adam Liaw's Irish Tea Cake that was garnering such good feedback.  And it seemed fitting to make one long challenging cake for the day that celebrated one of Ireland's most long and challenging novels, Ulysses by James Joyce.

I was lucky enough to be in Ireland for Bloomsday many many years ago so commemorating the day is a nice way to remember a fun day of travelling around Dublin in the steps of the hero, Leopold Bloom.  It also is a way to remember my honours thesis which looked at literary relationships including the one between Joyce and Sylvia Beach, who was brave enough to publish his difficult book in Paris when lawsuits were being issued elsewhere for obscenity. 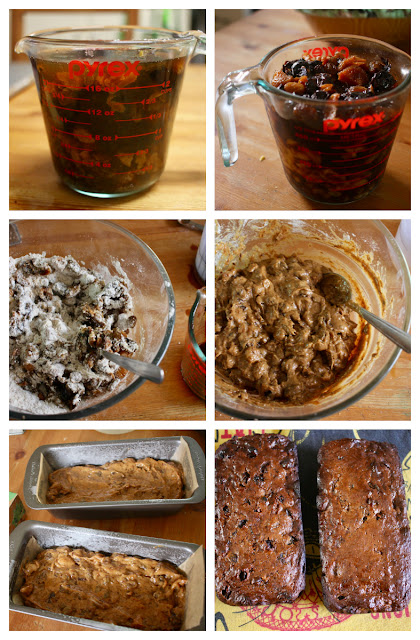 Like Ulysses, Irish Tea Cake is not a quick fix.  It requires time and patience.  The fruit is soaked the night before, the cake baked the next day and then it is wrapped for at least 2 hours or preferably overnight.  I like to eat cakes warm from the oven so this did try me.  Also I was involved with another book, Boy Swallows Universe by Trent Dalton.

Boy Swallows Universe is a fine poetic slice of life in 1980s Brisbane that I highly recommend.  I almost missed bookclub as I had been too busy to find a copy of the book.  Then I bought it just a week before bookclub.  And what at first propelled me to read it late into the nights was the thought of someone else telling me what happened before I read it.  The the joy of reading took over and I was hooked.  I was glad I finished it.  Even though it meant reading late into the morning and barely having an hour to wrap the cooled tea cake before taking it to the bookclub. 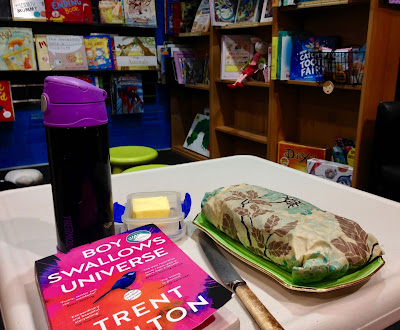 Hence I was pretty proud of myself for arriving at bookclub with my tea cake wrapped in beeswax and the book read from over to cover.  The tea cake was a fine conversation piece and went down very well.  We ate it with slabs of butter, with everyone going back for seconds and one person asking for the recipe.  I had made two smaller cakes so I had one at home to take to work in slices each day for morning tea.  It was wonderful with the fruit soft and melting in the cake. 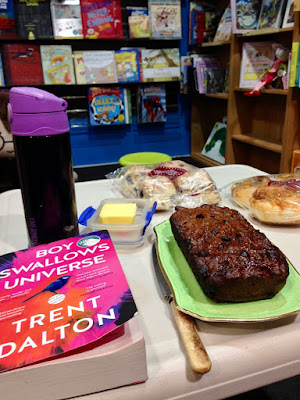 My mum had made it and told me it was just like the barnbrack or tea brack that you buy in Ireland.  (Cakelaw also sang its praises.)  This was a recipe that is drawn from traditions but is continuing to develop with our modern traditions.  In quite a few parts of the recipe I was uncertain.  It made me reflect on how I learnt to bake with my mum saying "a bit of this" and "a bit of that" which helped develop my confidence in the kitchen.  It is so much harder to learn to bake from a recipe.

So here are my questions:

I wish I had the answers to these questions.  While recipes can be harder to follow than cooking with someone with more experience, I think at least being able to have conversations online can help give guidance.  And despite my questions here, I highly recommend this cake to all but the fussiest of kids.

The night before baking the cake, make up tea with 1 1/2 cups of boiling water and the teabag.  Cool and add fruit.  Chill in fridge overnight.

The next day when you are ready to bake the cake, drain the dried fruit and keep the liquids.  Grease and line a loaf tin and preheat oven to 170 C.  (I used two smaller 20.5 x 10.3cm loaf tins but one tin would have meant more rise.)

Place flour, baking powder, brown sugar and spices into a large mixing bowl.  Sir in egg, drained fruit and as much of the soaking liquid as is needed to make the batter easy to stir (ie mine was soft and creamy but not a pouring consistency).

Scrape the batter into prepared tin and bake for 75 minutes or until a skewer inserted in the middle comes out clean (and not damp).  My cake started to get a bit brown so I covered it with foil after about 30 minutes.

Once cake out of oven, make glaze by simmering sugar and soaking liquid if you have any (or water if you don't) just long enough to melt the sugar.  I did it stovetop but think microwave might be easier next time.  Brush over cake(s) once to give them a shine.  Cool cake(s) on wire rack.

Wrap cake(s) in clingfilm or beeswax for at least 2 hours but preferably overnight.  My cake lasted a week easily.  I suspect it would last longer but enjoyed it too much to trial this.  It is excellent spread with butter or eaten plain.

NOTES:
I forgot to cool the tea before adding the fruit.  Perhaps this meant it took longer to cool.  In hindsight I would have added an iceblock or two as I had very little liquid leftover and could have used it in mixing the batter or making the glaze.  I think the beeswax was a sturdier wrap and would use this again over clingwrap (as well as being better for the environment).  If I had cranberries I would be happy to substitute these for sultanas but either seem to work.  This cake is oil free unless you slather it with butter!

On the Stereo:
Set List: The Frames
Posted by Johanna GGG at 22:52