Surely if you read ancient books of Japanese wisdom it would be written somewhere that when your sushi isn't sweet enough, chocolate sauce will solve the problem.  Well maybe not.  And the traditionalists might not even appreciate the humour of sweet sushi that looks a little like salmon sushi.  I suspect I made these more to amuse myself but I did enjoy the fresh strawberry against the slightly sweet rice. 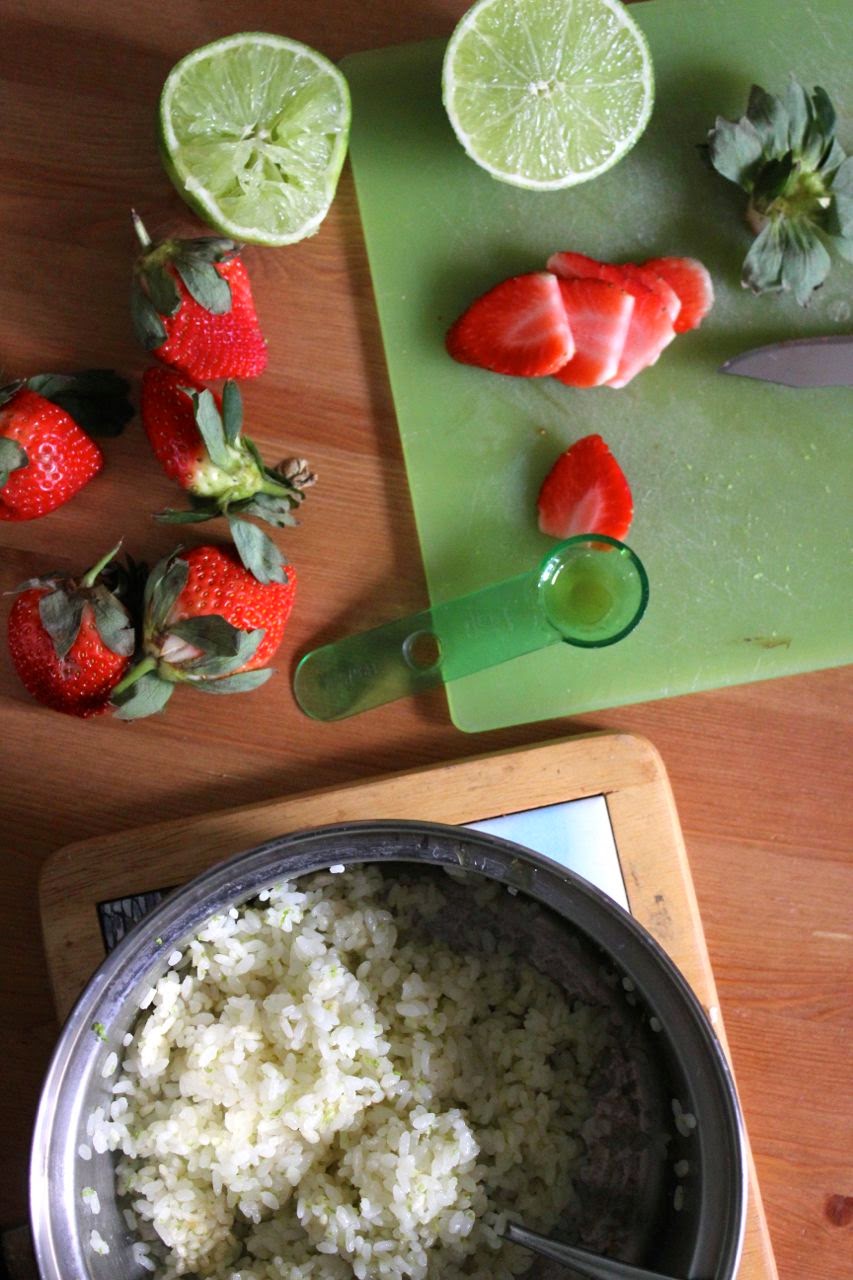 Ancient Japanese wisdom might be more likely to tell me to just follow the recipe.  Yet I was in a moment where I was determined to use up the coconut nectar on the bench.  I substituted it for sugar and used lime instead of lemon.  I really like lime and strawberries but the rice was slightly too dry and not quite sweet enough.  (Actually I should have made the rice as I usually do rather than following that bit of the recipe - perhaps Ancient Japanese wisdom might also say to follow your instinct.  I have amended this in the recipe.)  A little tweaking is required. 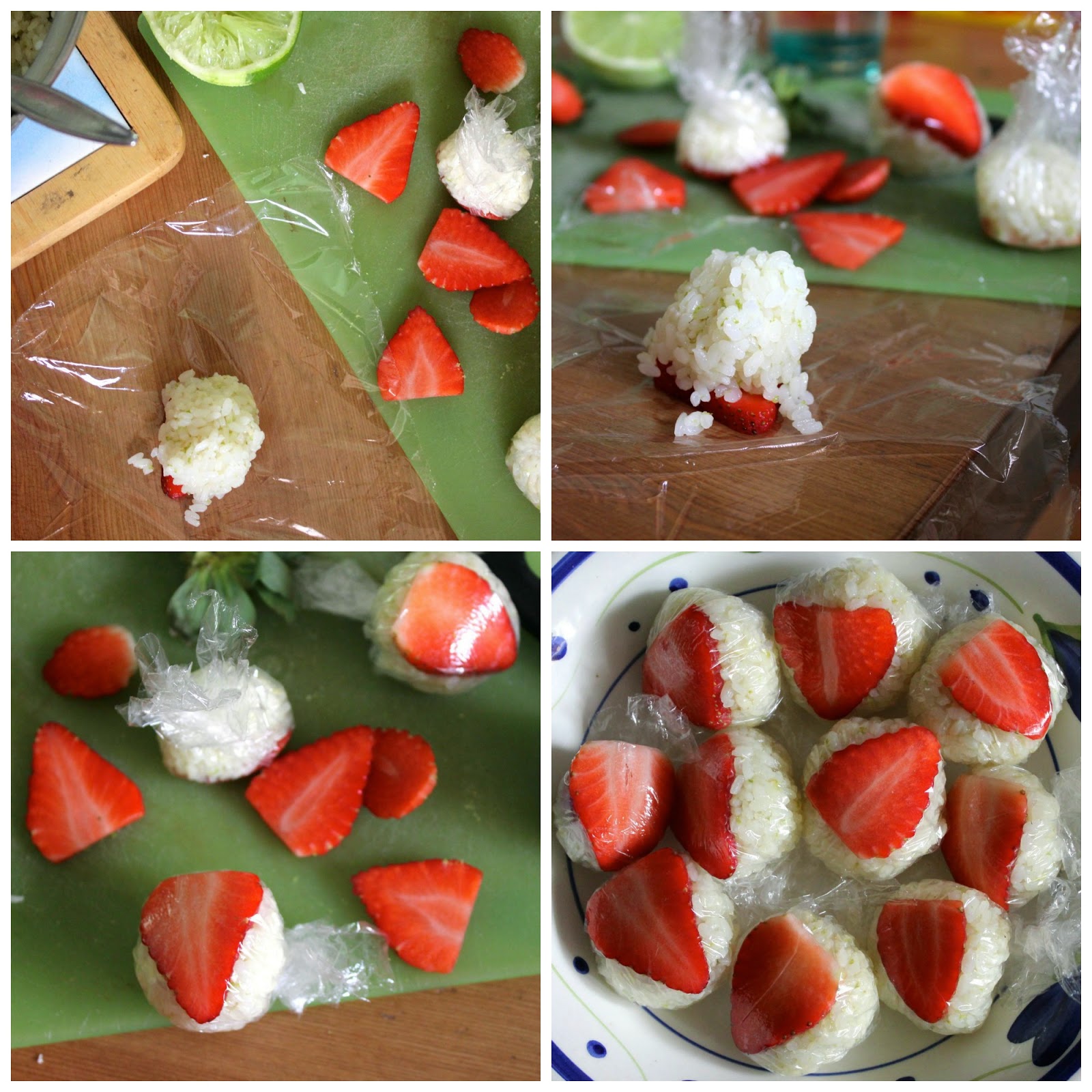 While it is a fun recipe, it is not one to make in large amounts.  Wrapping each piece in clingfilm is a little fiddly.  Possibly there is a sushi mould that could be used instead.  But only a few would be needed on a dessert platter at a dinner party.  Wouldn't it be a great conversation starter!  Then you could see if guests could use chopsticks to dip their sushi in chocolate sauce. 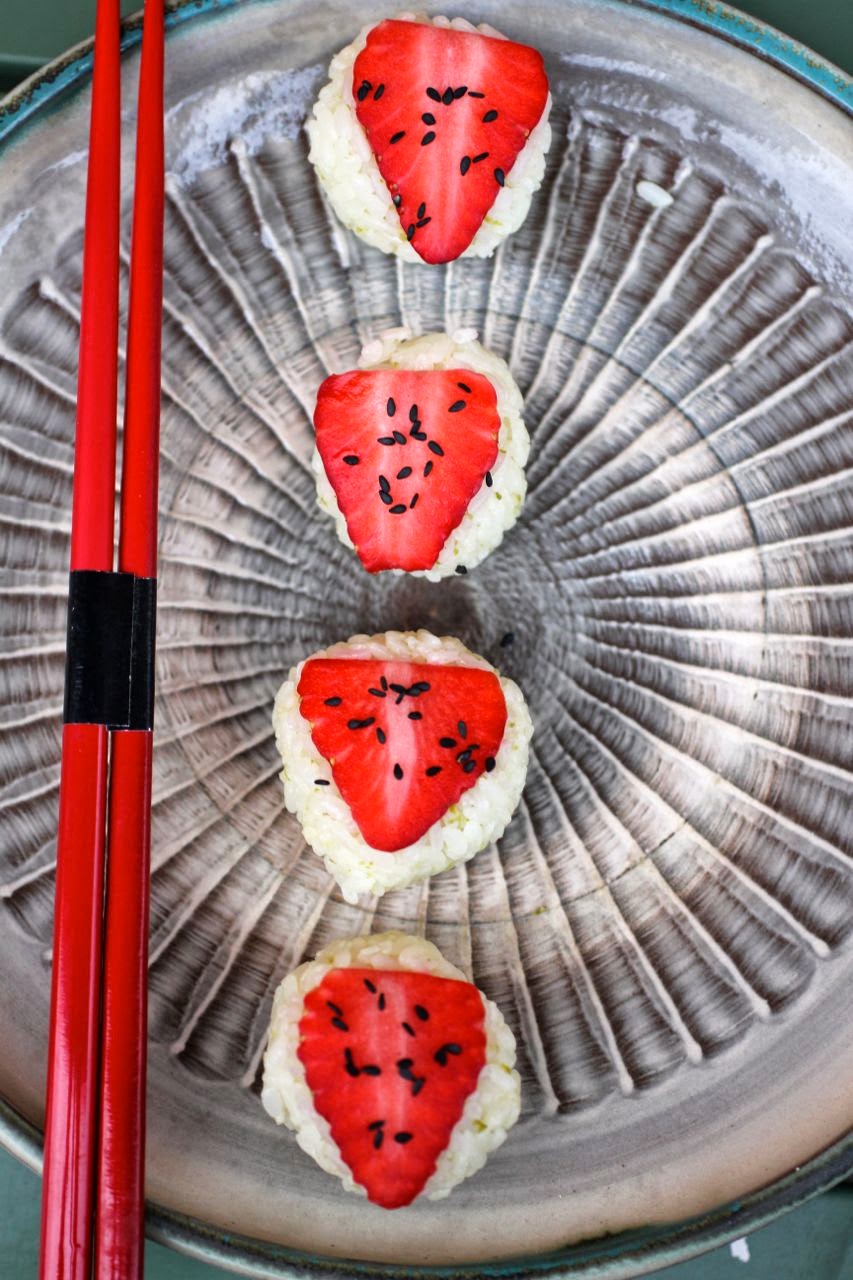 Oh yes the chocolate sauce!  When I was thinking that the sushi wasn't quite right, I decided it would be so much better with a chocolate or caramel sauce.  And then nothing seemed simpler to whip up.  The sauce really took the sushi to another level.  Sadly I either failed in wrapping the sushi tightly enough or in manoeuvring my chopsticks.  As soon as I tried to pick up the sushi that way it fell to pieces.  No elegant photos of my sushi being dipped in the chocolate sauce! I thought this strawberry sushi would be Sylvia's idea of heaven.  She loves sushi and sweet food and strawberries.  She surprised me.  "Take off the strawberries."  Then I have to remind myself that she doesn't need encouragement to eat fruit.  (Hence when a woman selling chocolate and caramel covered apples told me this is a great way to get kids to eat apples, I decided it was better to just eat the chopped apple in our bag.)  However I wonder if I can get the sweetness right if she might just fall in love with the idea. 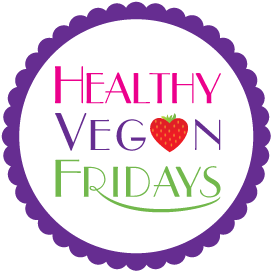 I am sending these cookies to Healthy Vegan Fridays #11, hosted by Kimmy of Rock my Vegan Socks and Robin of Vegan Dollhouse.

Cut clingwrap into squares (about 20cm square).  Place a slice of strawberry in the middle of the clingwrap.  Make small balls and place on strawberry slice.  Bring edges together and twist to make a tight ball of rice.  Repeat with remaining rice.

Chill in fridge.  Serve with warm chocolate sauce (see below).

*NOTE: Coconut nectar was not terribly sweet, as is its nature.  If you used sugar, I suspect it would be a lot sweeter.  You can try any sweetener of choice: sucanat, agave syrup, maple syrup, coconut sugar etc.  You will need to adjust sweetness by tasting the rice.

This post is part of Vegan Month of Food September 2014.  This year for Vegan MoFo my theme is The Letter S.  Today is Surprising Wednesday.  Go to my Vegan MoFo list for more of my 2014 Vegan MoFo posts.
Posted by Johanna GGG at 10:00