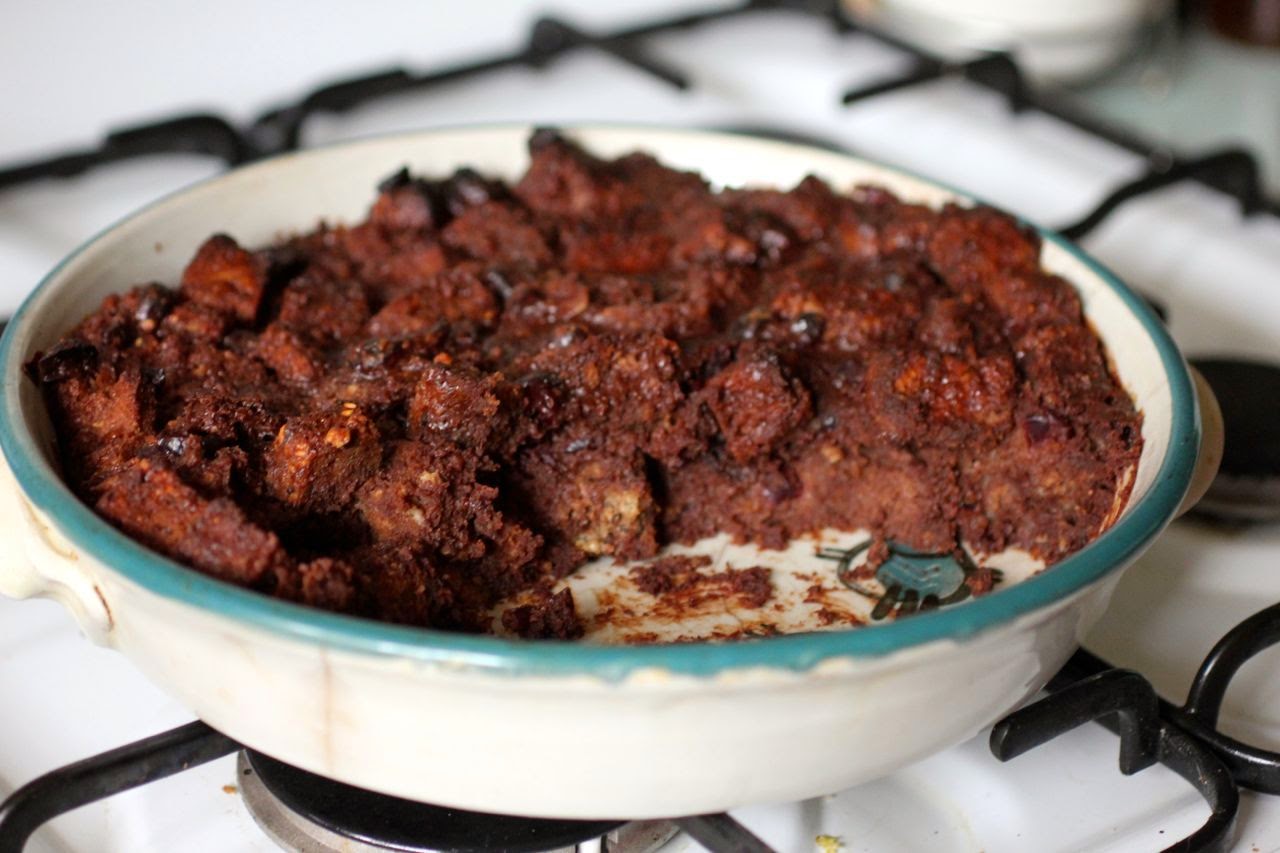 It was an intense week of the school concert, lots of phone calls about our stolen car and now a new blender has gone missing in transit.  Which is why I needed to make chocolate bread pudding so much on Friday night that I asked a neighbour to babysit Sylvia so I could go and buy milk.  We had a really nice weekend of trains, cake, birthdays, food trucks, and a trip to the magnificent Villa Alba.  I was exhausted at the end of it and was very pleased to have some pudding to come home to. 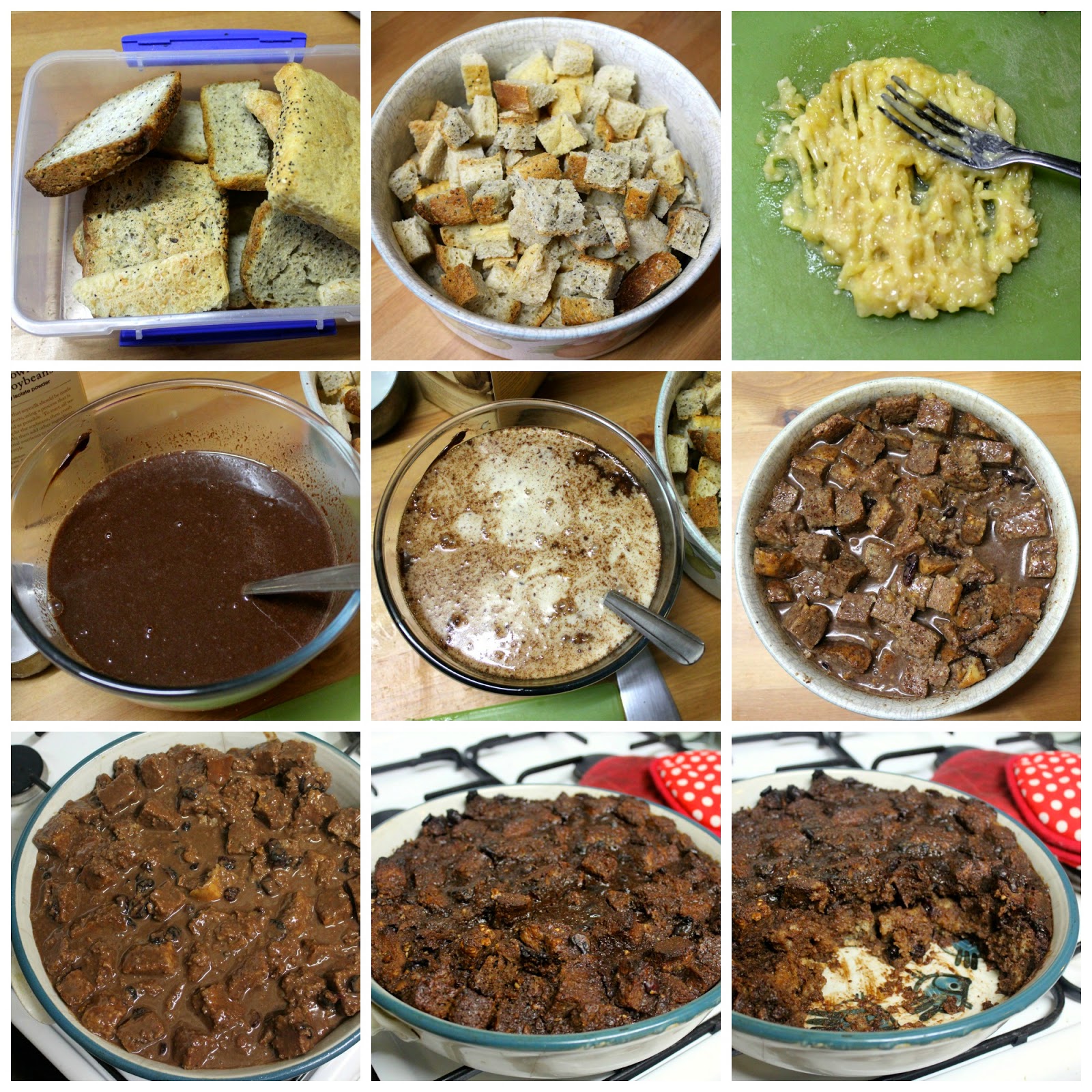 Then E also bought milk so we have plenty.  I discovered he had very helpfully been making his way through the dry ends of sourdough loaves I have been stashing in the freezer.  Except I hadn't told him I was saving them for bread pudding.  I managed to cobble together enough bread and make the pudding. 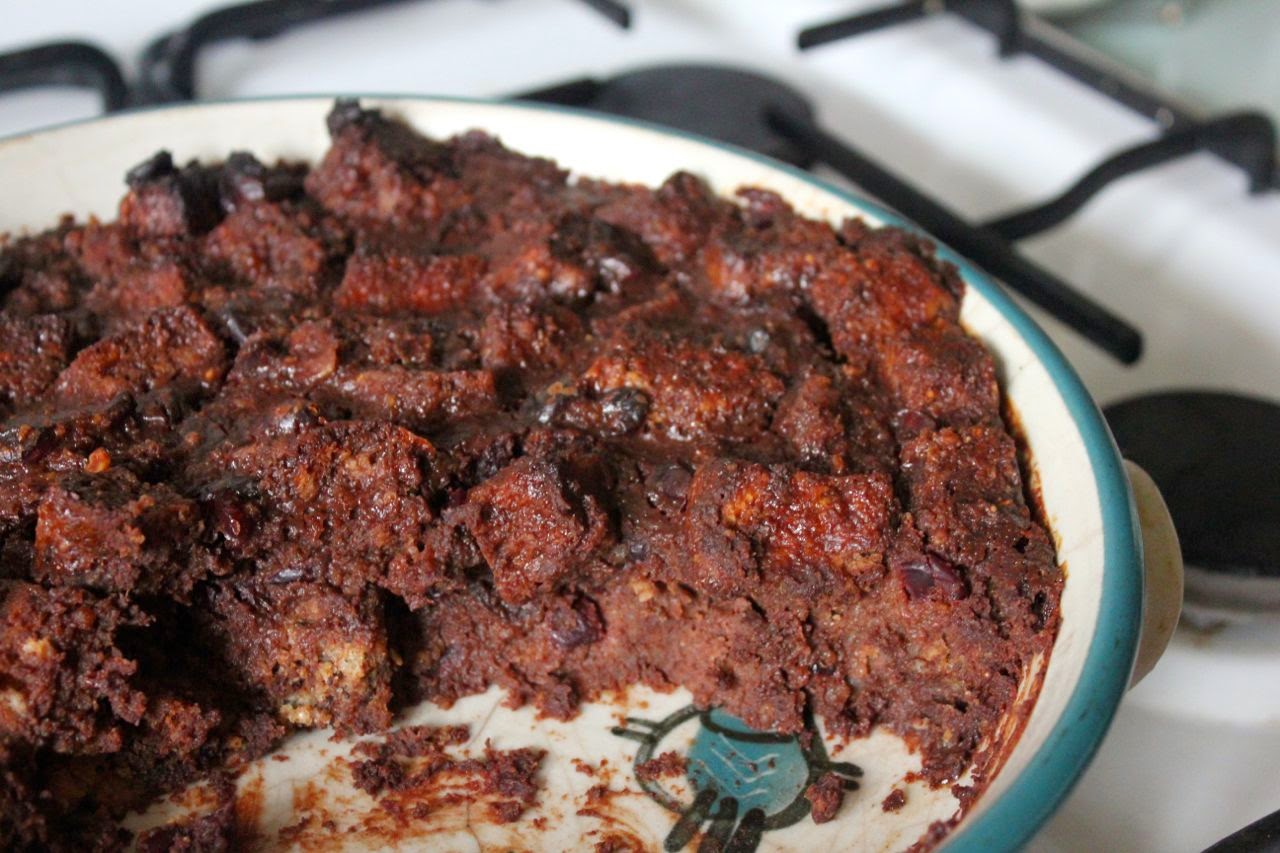 I didn't plan well for the pudding and it wasn't ready until Sylvia was in bed.  I added cinnamon for depth of flavour, dried cranberries because I love them and cashew butter because I had it.  The pudding was slightly on the sweet side - next time I will add sugar more cautiously and preferably use 70% chocolate.  E and Sylvia were not so keen on the cranberries but I loved them.

It was after 9pm when E and I enjoyed some in front of an episode of Borgen.  It was scrumptious.  Lots of dense chocolate chunks of bread with some - but not much - custard in between.  As Sylvia didn't get any for dessert, I let her have some for breakfast.  I heated some frozen raspberries with a splash of maple syrup to make a sauce.  It was lovely.  I will definitely make this pudding again when the dried old bits of sourdough threaten to take over the freezer. 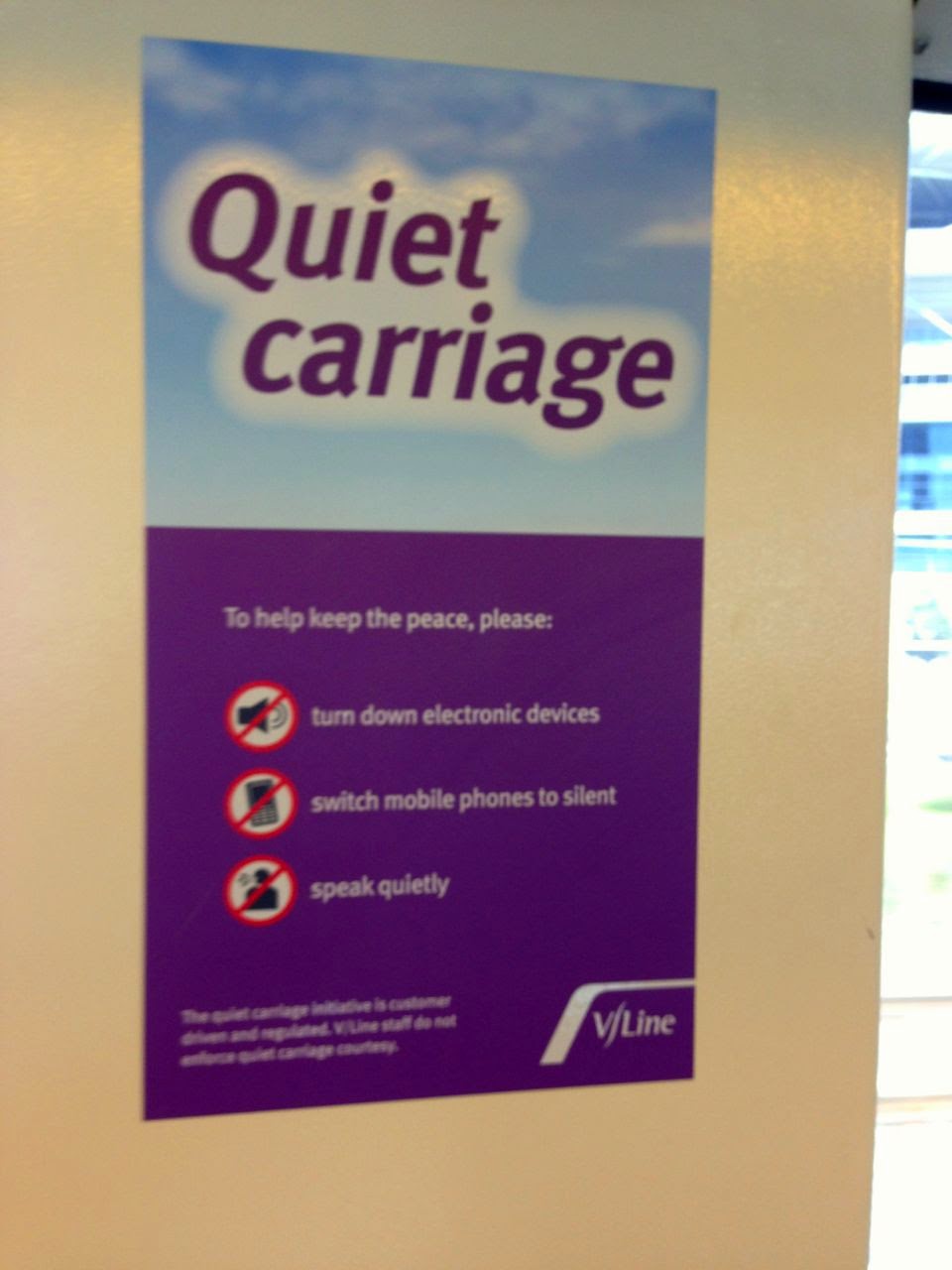 After breakfast on Saturday we took two trains to Geelong to visit the family.  (Though our stolen car has been found, we are still waiting for our recalcitrant insurance company to assess the damage!)  I have never been in the Quiet carriage on the Geelong train before.  It was very relaxing.  No loud ipods or people watching movies.  I think we managed to keep our voices down. 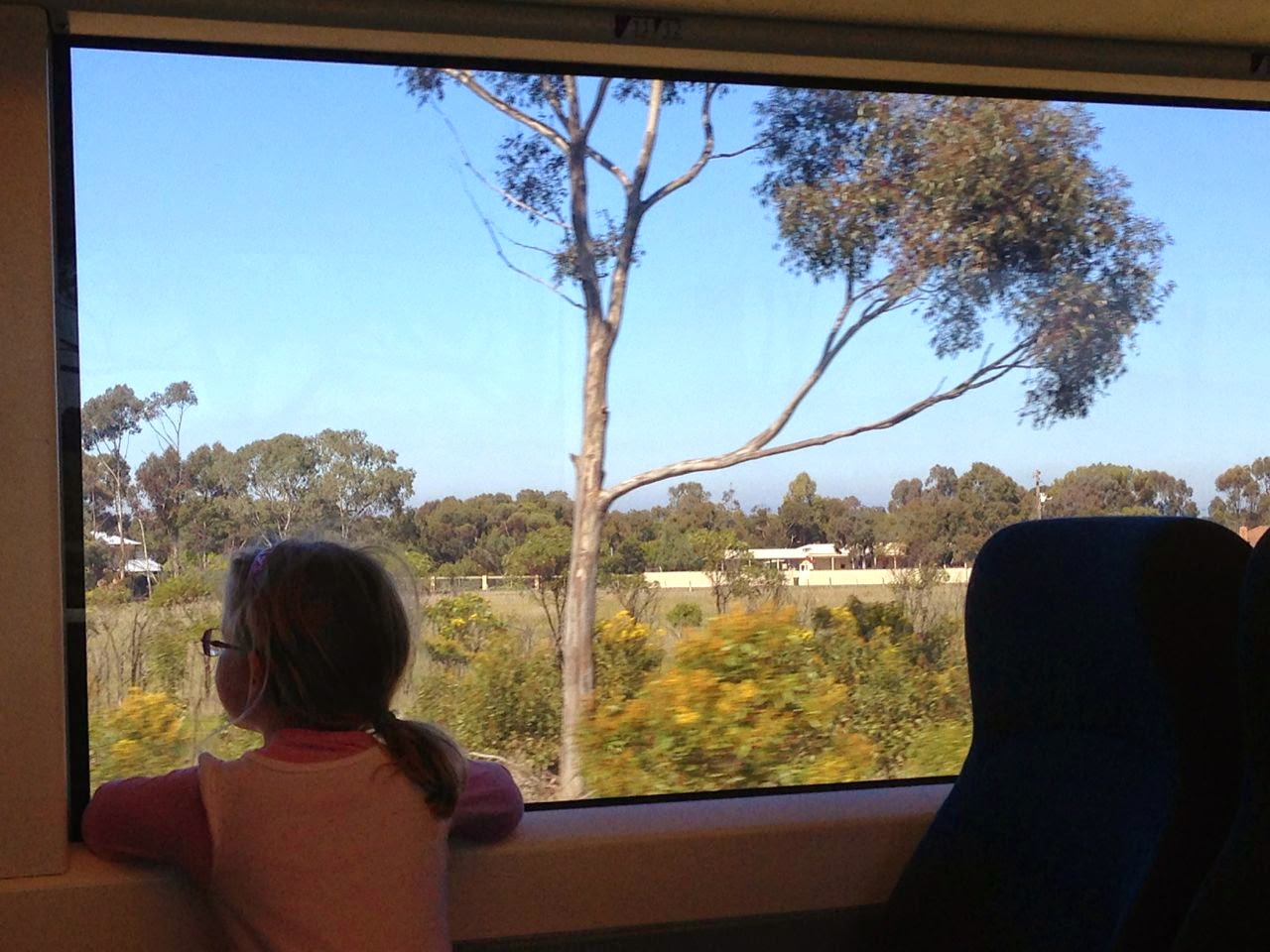 Sylvia enjoyed watching the scenery.  E thinks the landscape is terribly boring between Melbourne and Geelong.  It might not be splendid Scottish hills but it has a certain Australian attraction. 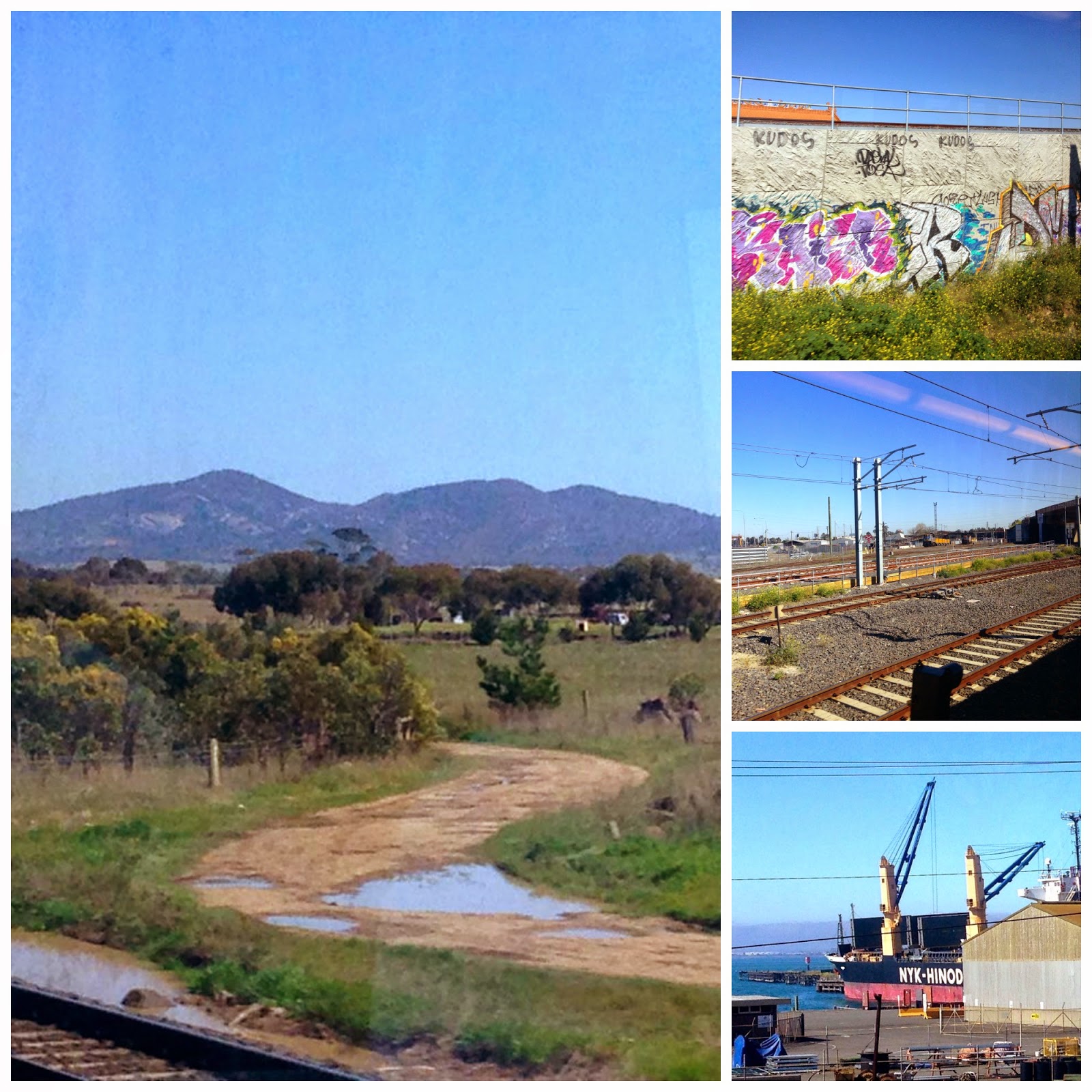 I love seeing the You Yangs in the distance and have grown to love some of the industrial landscape. 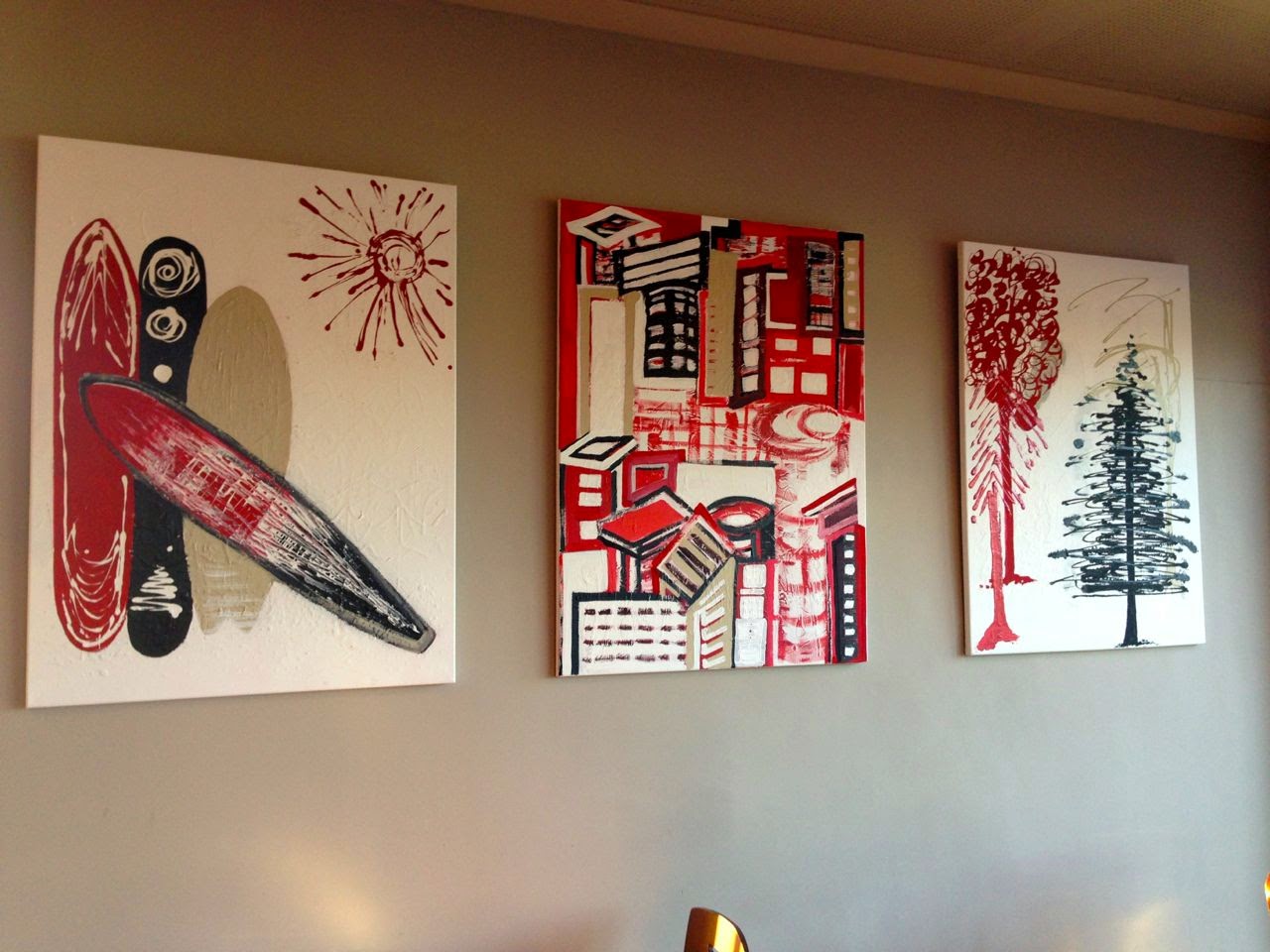 Once in Geelong, my dad had this crazy idea for us to go with Sylvia and her cousins to a cafe in Torquay called Mobys.  By the time we arrived it was closed.  Instead we had a drink at Front Beach. 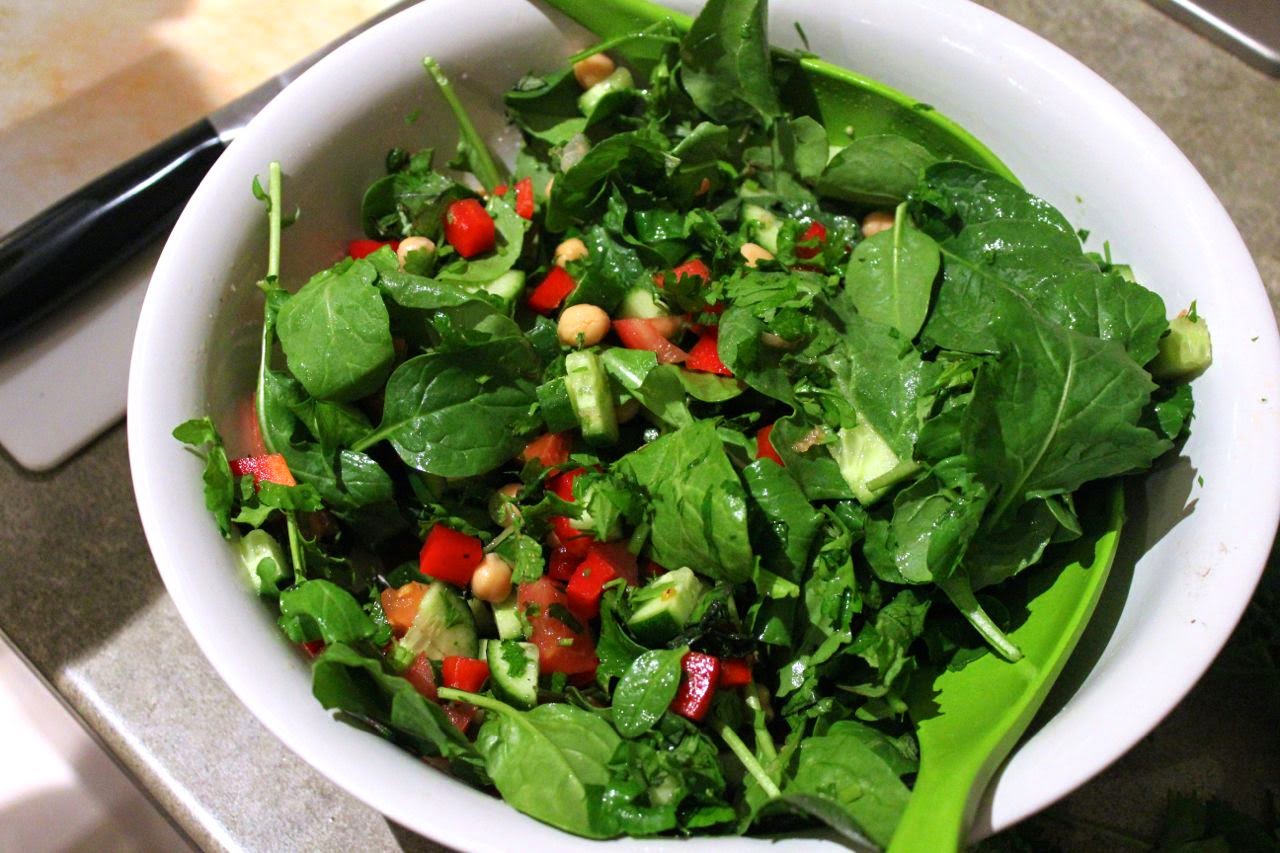 We couldn't stay in Torquay long because there was a family dinner on that night for birthdays and Father's Day.  As it is Vegan MoFo I will save the cake for another day.  Instead I will share this lovely salad that my mum made to go with the roast dinner.  Lots of leafy greens, vegies, chickpeas and herbs. 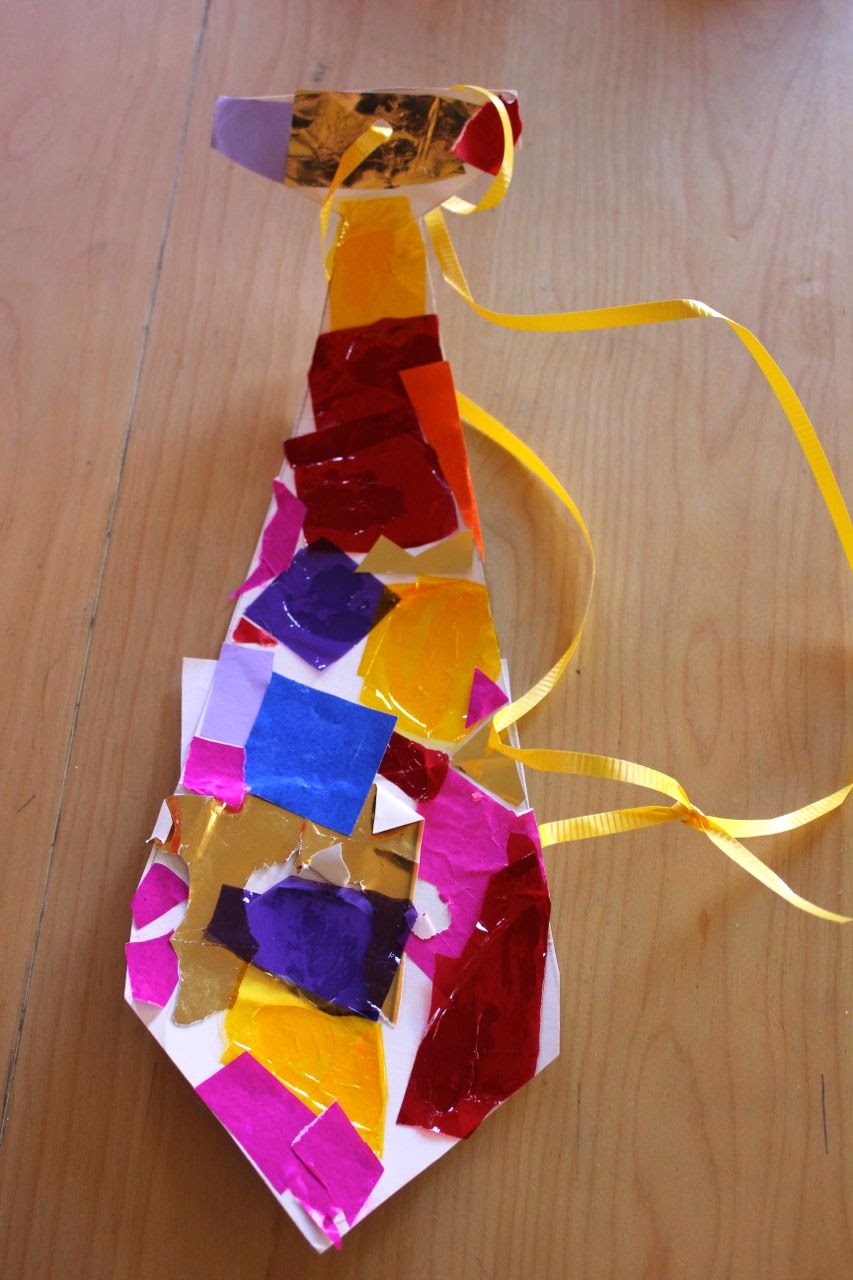 This morning was Father's Day.  Here is a gift that Sylvia made at school.  E slept in while she played with her cousin Stella.  Then we served him croissants for breakfast. 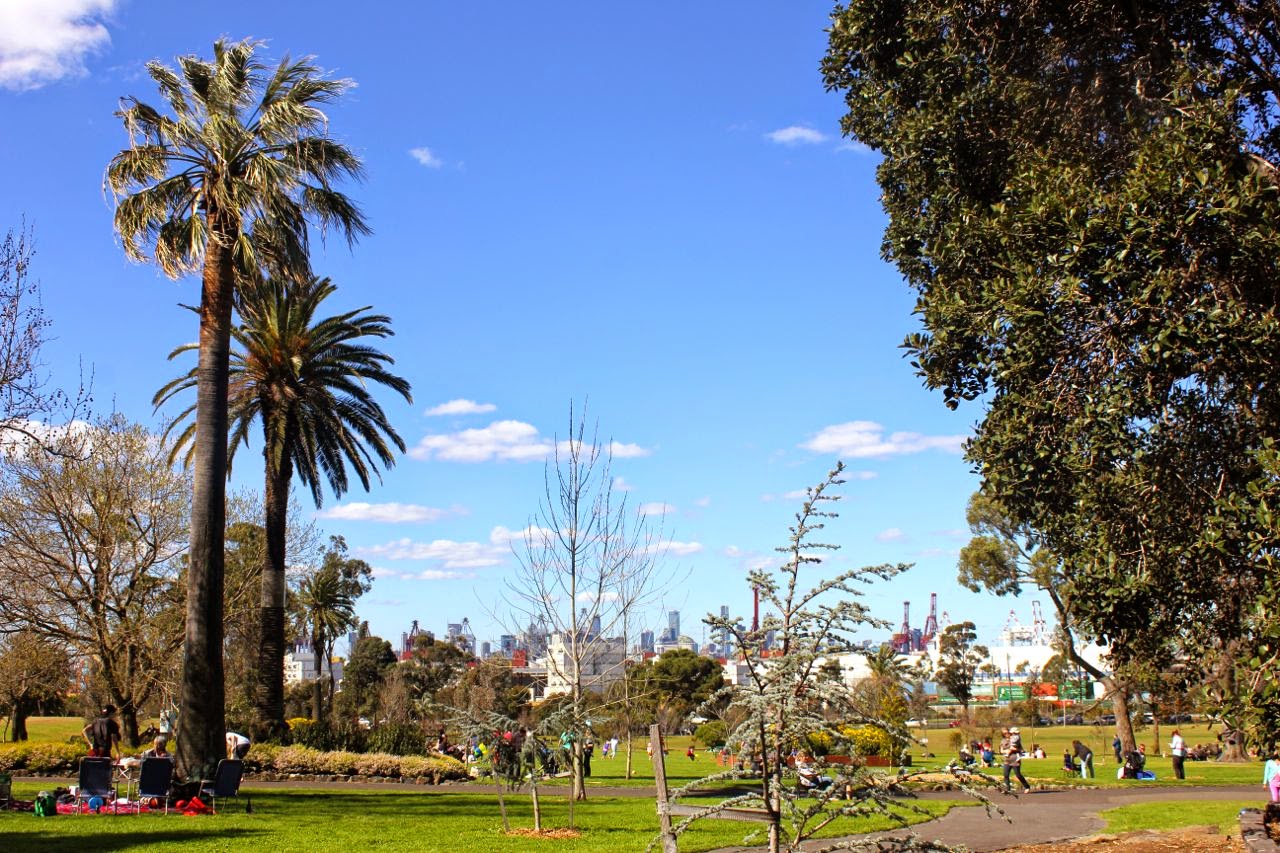 Once Stella had gone home we set off with my mum and dad for a day out in Melbourne.  First stop was Yarraville Park where food trucks gather on Sunday.  It was really busy with lots of father's day gatherings.  We had tacos, quesadillas and churros.  Delicious.  And Sylvia enjoyed the playground. 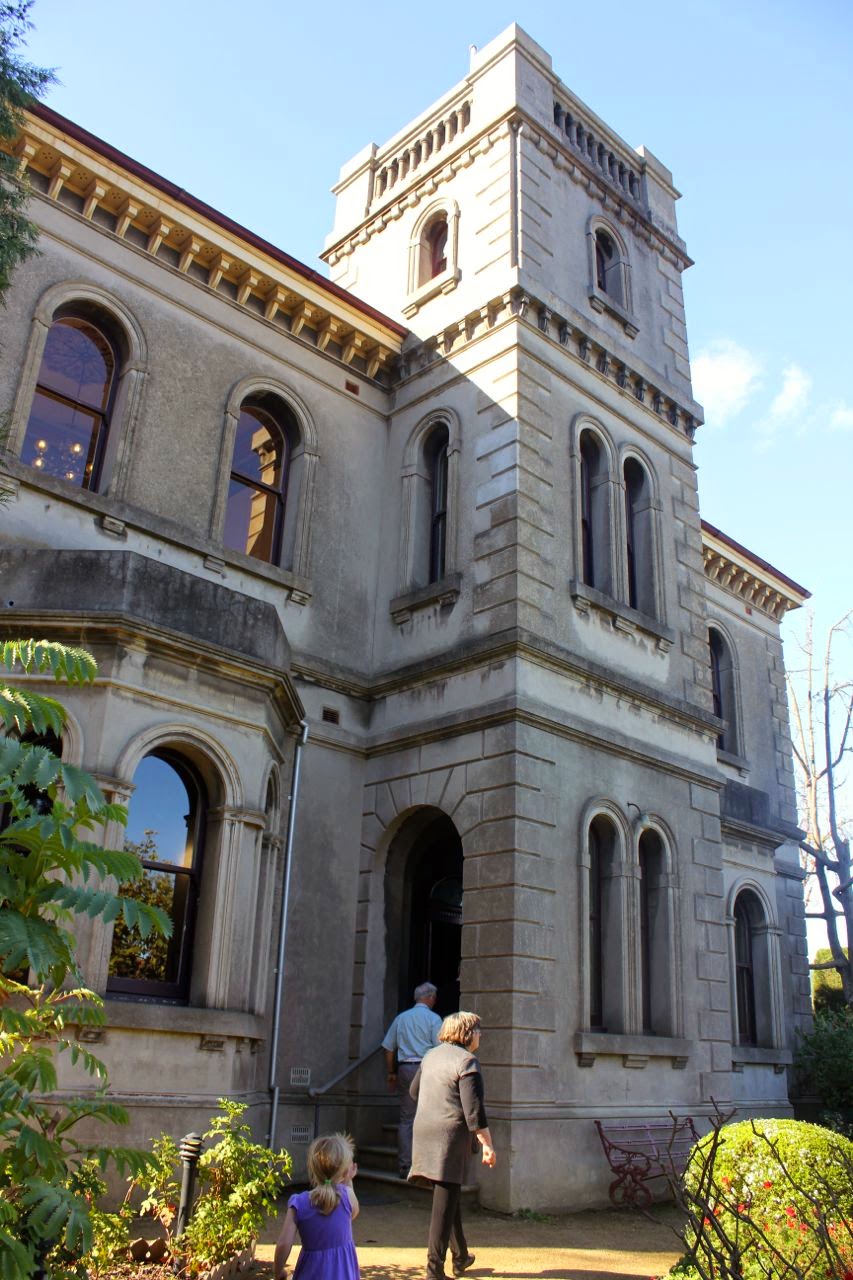 Then we headed to Villa Alba in Kew.  It is an Italianate mansion from the 1880s that was turned into a hospital and now is slowly undergoing renovations to restore the elaborate decorations.  It is a beautiful building to wander through, even though the rooms are empty of furniture.  I loved it all the more because it is clearly a work in progress.  Seeing the floral paintings clearly visible behind the white paint in the stairway and the paint scrapes in other places interests me.  I love seeing the processes as well as the finished product. 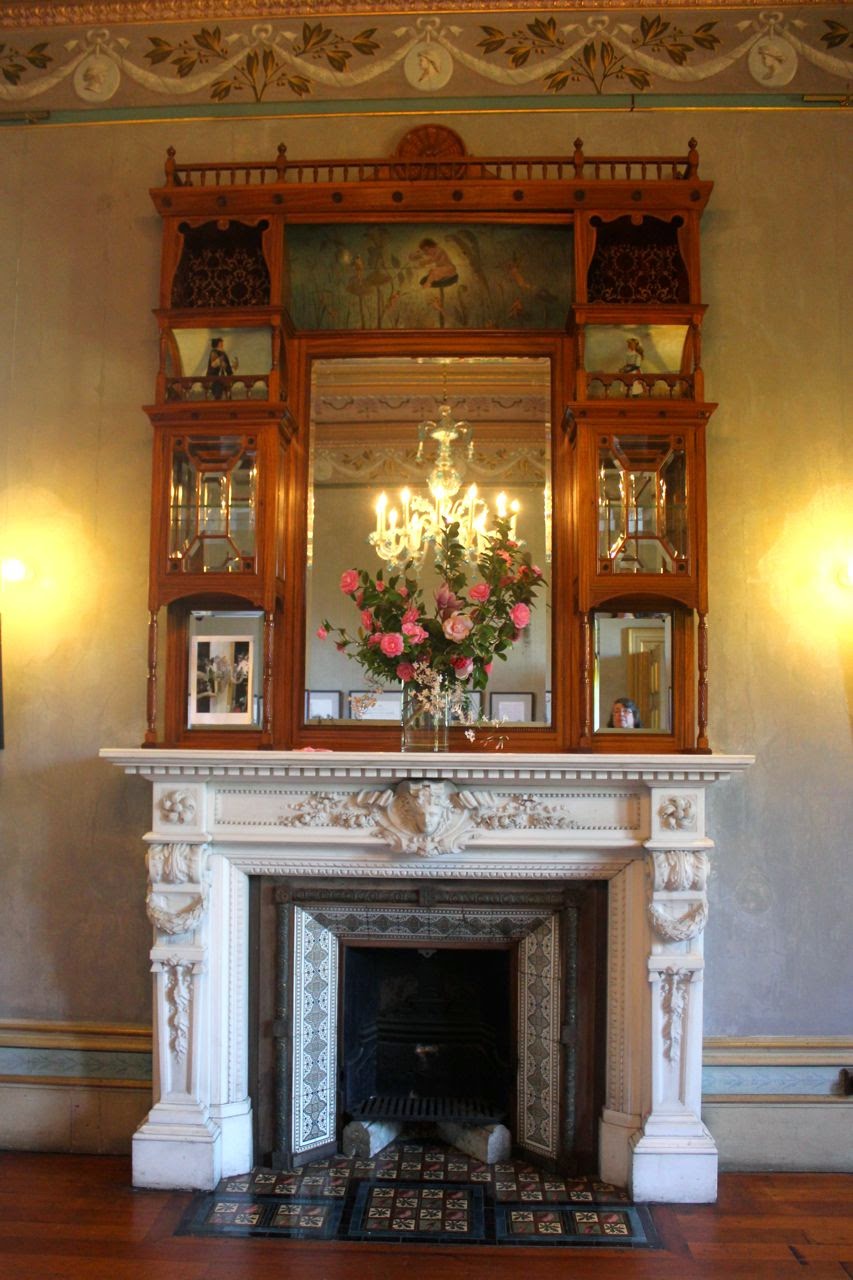 The fireplace in the drawing room. 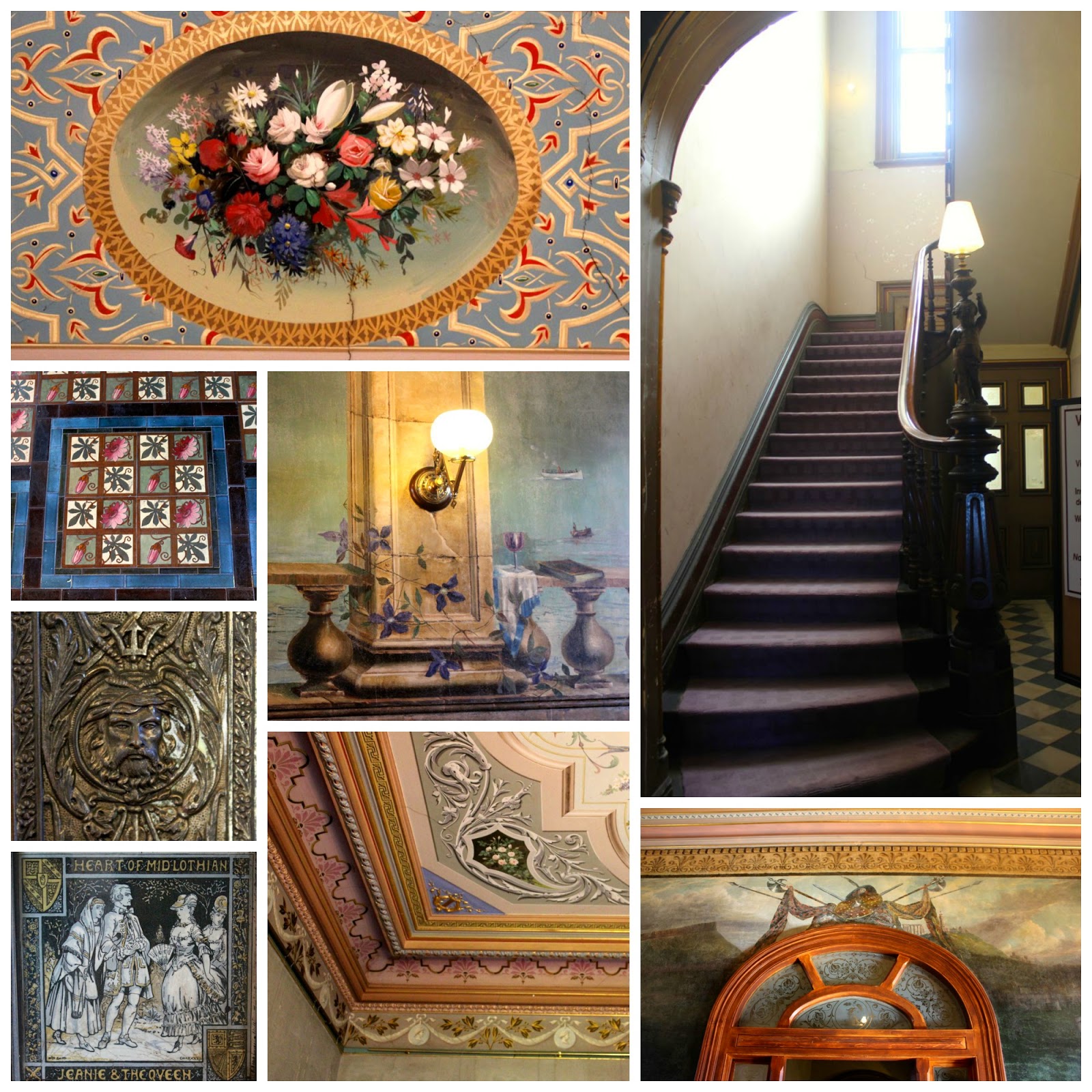 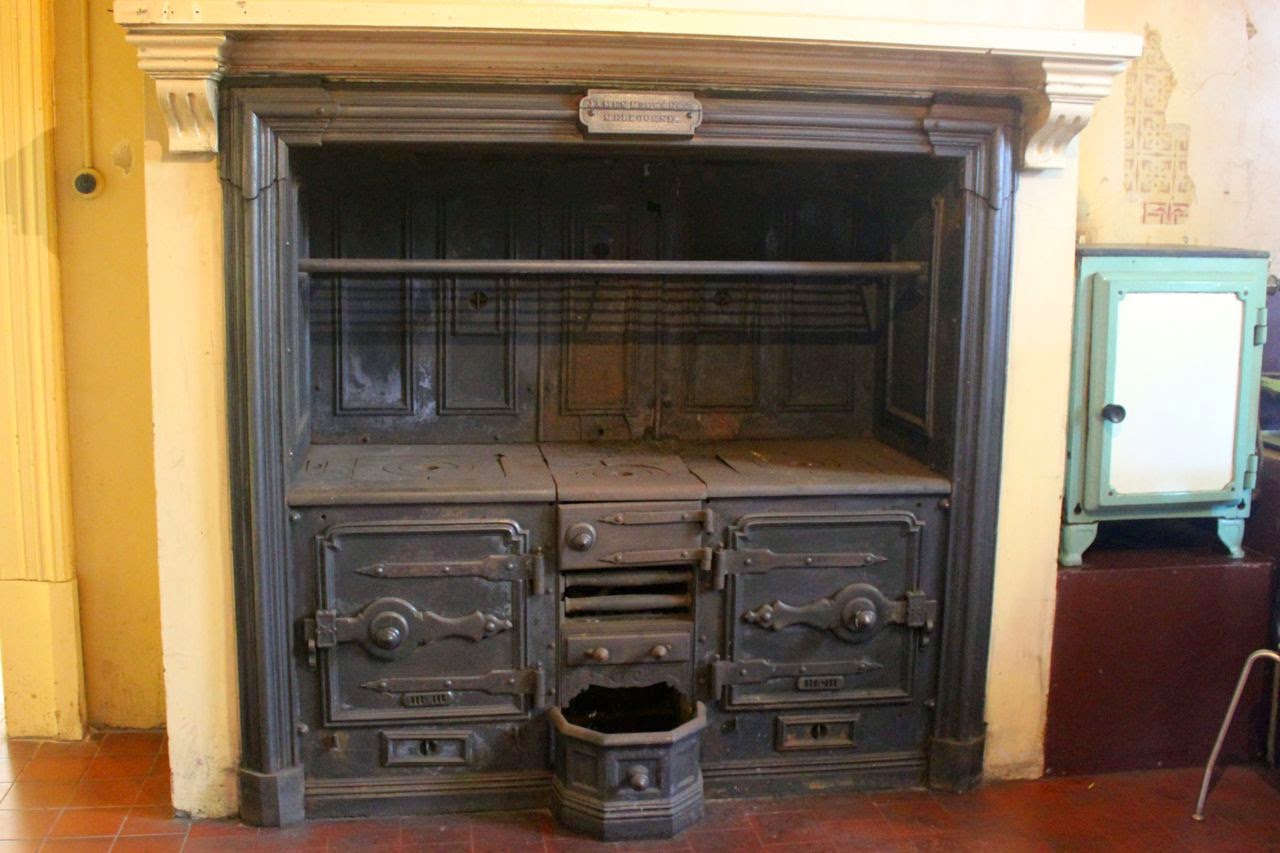 The old kitchen range with an old gas oven to the right. 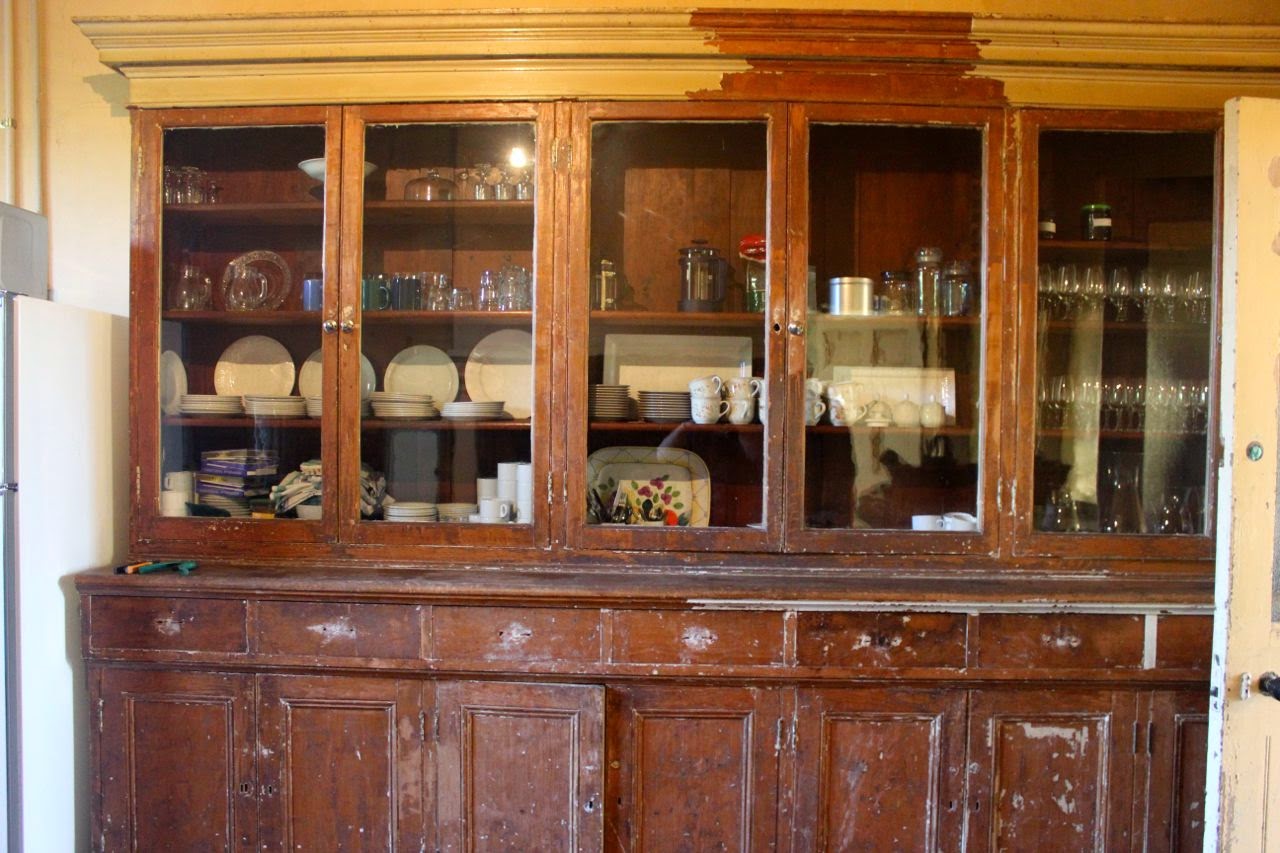 The dresser in the kitchen.  (I didn't photograph the women making the afternoon teas in the more updated section of the kitchen.) 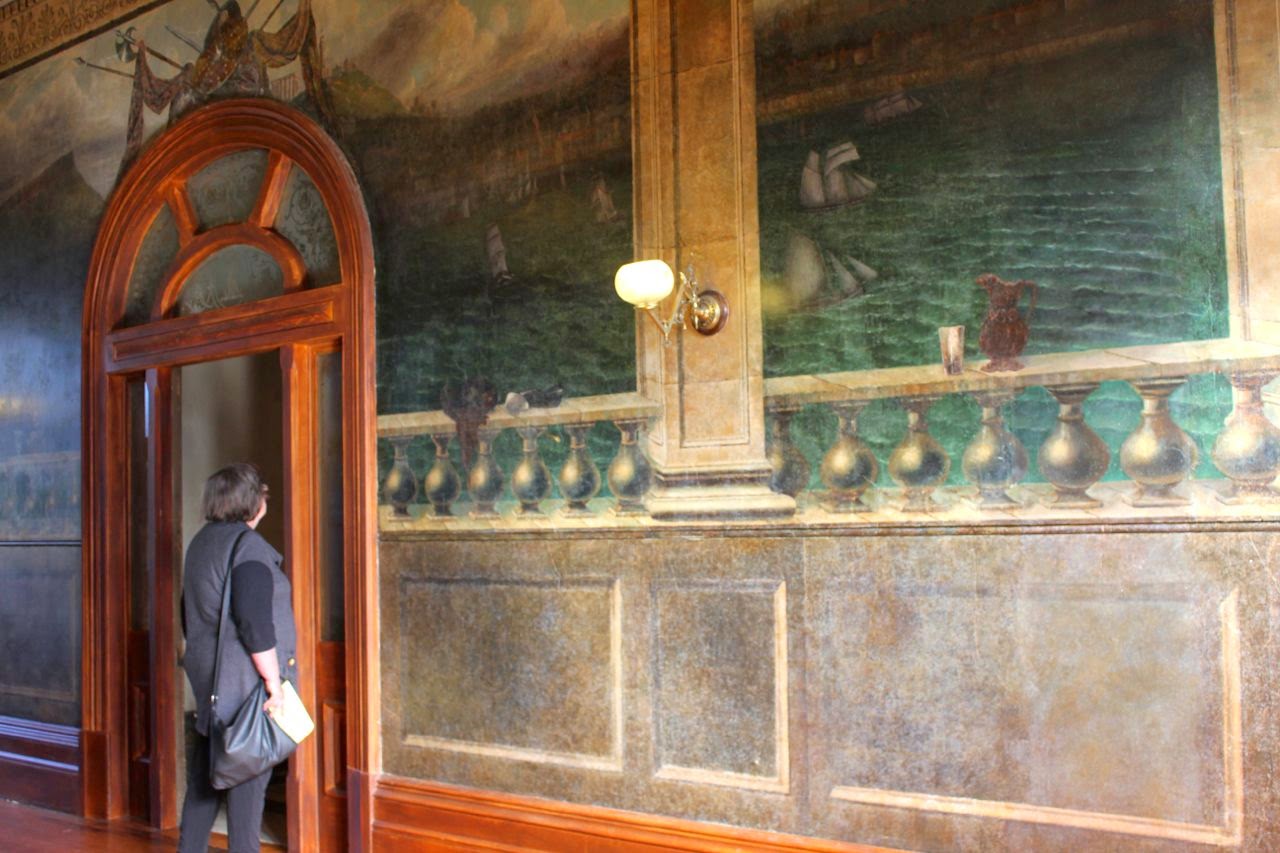 The amazing wall murals in the vestibule.  On one side is a view of Edinburgh with 's castle, Royal Mile, Salisbury Crags, Arthur's Seat and the Firth of Forth (above).  Decorated for the master of the house who hailed from Edinburgh.  On the opposite wall is Sydney Harbour, reflecting the home town of the mistress of the house.

Villa Alba is open on the first Sunday of the month and well worth a visit.

I am sending this pudding to No Waste Food Challenge, hosted by  Chef Mireille’s East West Realm and founded by Elizabeth's Kitchen Diary.

Mix the choc chips, sugar and 1 cup of milk in a large heatproof bowl.  Melt in microwave (or over saucepan of hot water).  Mix in remaining milk, banana, cranberries, cinnamon, salt and cashew butter.  Stir in bread chunks and leave for 1 to 2 hours so the chocolate milk mixture soaks in.  Stir occasionally while it soaks.  Transfer to a 23 to 25cm diameter greased baking dish and bake for 55 to 65 minutes at 180 C or 350 F.

On the Stereo:
The World of Michael Nyman

This post is part of Vegan Month of Food September 2014.  This year for Vegan MoFo my theme is The Letter S.  Today is S for Sticky Sourdough Sunday.  Go to my Vegan MoFo list for more of my 2014 Vegan MoFo posts.
Posted by Johanna GGG at 23:08