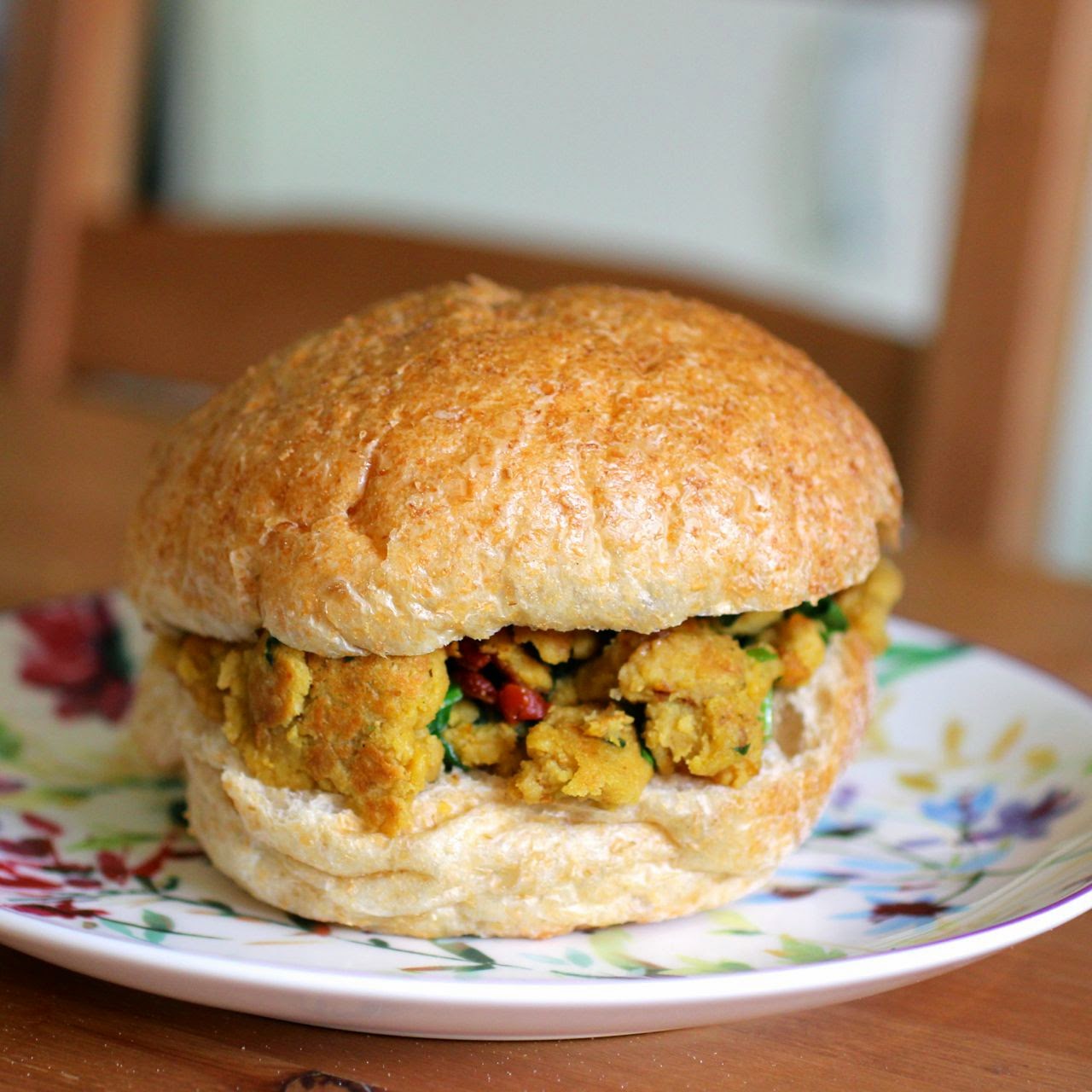 A week or so before these school holidays arrived, Sylvia had a curriculum day.  We didn't need to get up early and get her to school but there were other appointments.  I had seen Emma's recent chickpea scramble and was inspired.  After all there was all the chickpea flour I had recently bought. 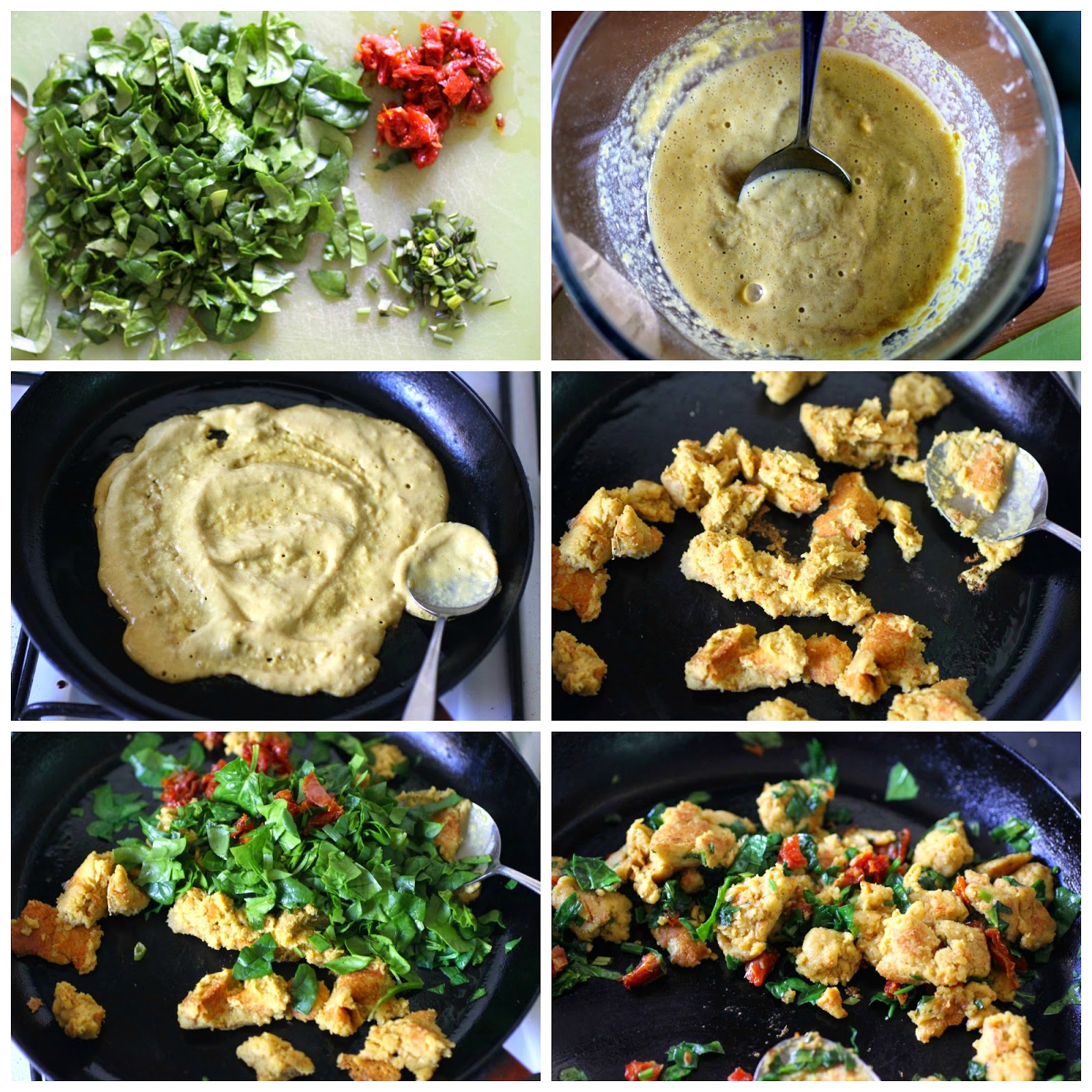 Suddenly I looked at the clock and the hands were wooshing around a bit too fast for my liking.  We had to be at the doctor very soon.  I chopped up the vegies, mixed up the chickpea omelette and had it all in a scramble in minutes.  Sandwiched it in a bun and chomped through it quickly.  It was very satisfying.  For more so than racing to the doctor only to have to wait for 30 minutes. 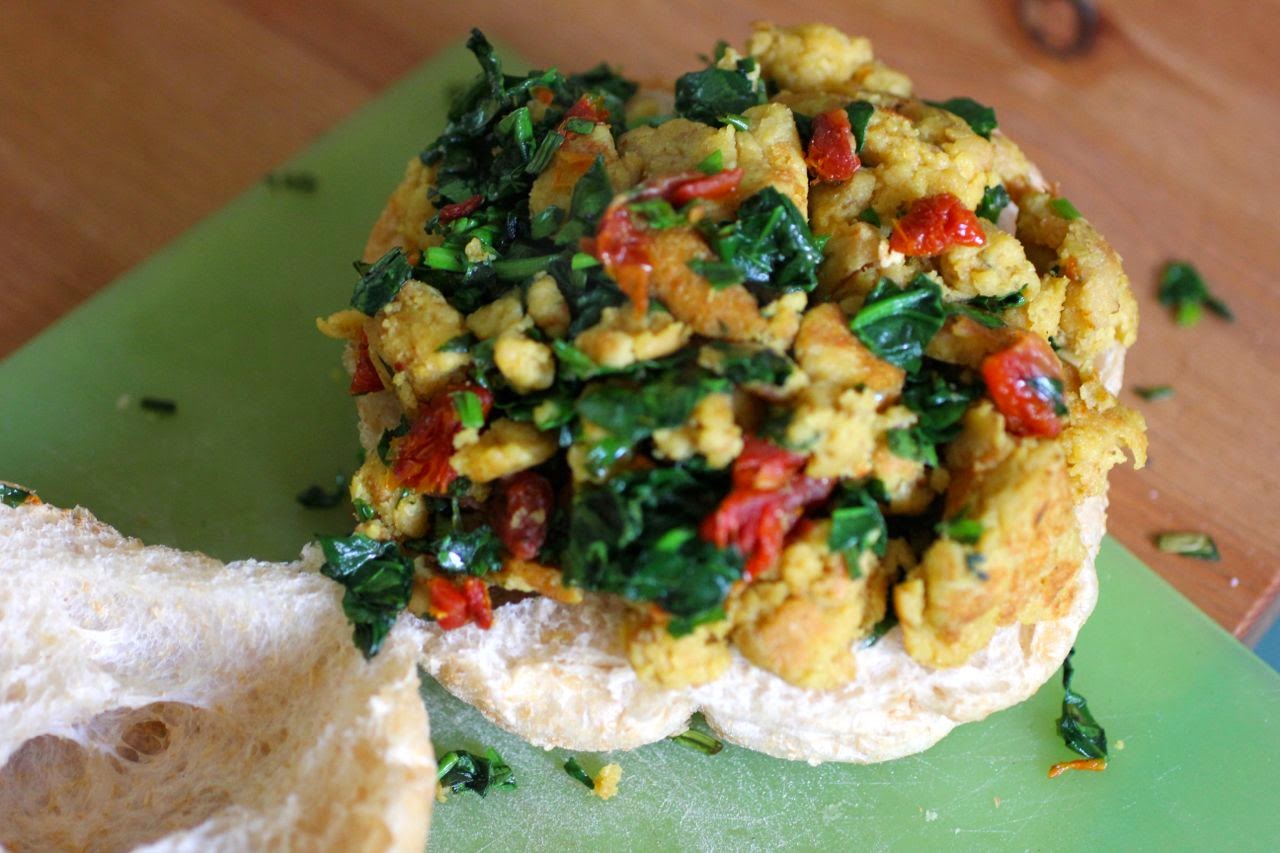 It was far better than tofu scramble which can be watery and floppy.  The soft chunks are such great comfort food.  I never liked eggs and am not even sure how to scramble one but somehow I still like it with that smelly black salt that is there to give an eggy taste.

In fact I liked it so much that I made it for a quick lunch for E shortly afterwards.  He loved it, perhaps not as much as me.  E had his over an English muffin with chilli sauce, but I ate mine with some crackers and beetroot dip.  Such a great healthy quick meal.

Mix chickpea flour, nutritional yeast flakes, milk, mustard, tahini and salt.  It should be a thick mixture that you could just about pour.  (The second time mine was really thick and I added an extra splash of milk to loosen it.)

Heat oil in the frypan over medium heat.  Pour chickpea mixture in and cook a minute or two like an omelette until it starts to dry out.  Break up into chunks with a spoon (don't worry if there is a little golden brown colour on the chunks.)  Add the vegies and cook briefly until spinach is wilted.  Serve hot.

On the Stereo:
Metals: Feist

This post is part of Vegan Month of Food September 2014.  This year for Vegan MoFo my theme is The Letter S.  Today is S for Speedy Mondays.  Go to my Vegan MoFo list for more of my 2014 Vegan MoFo posts.