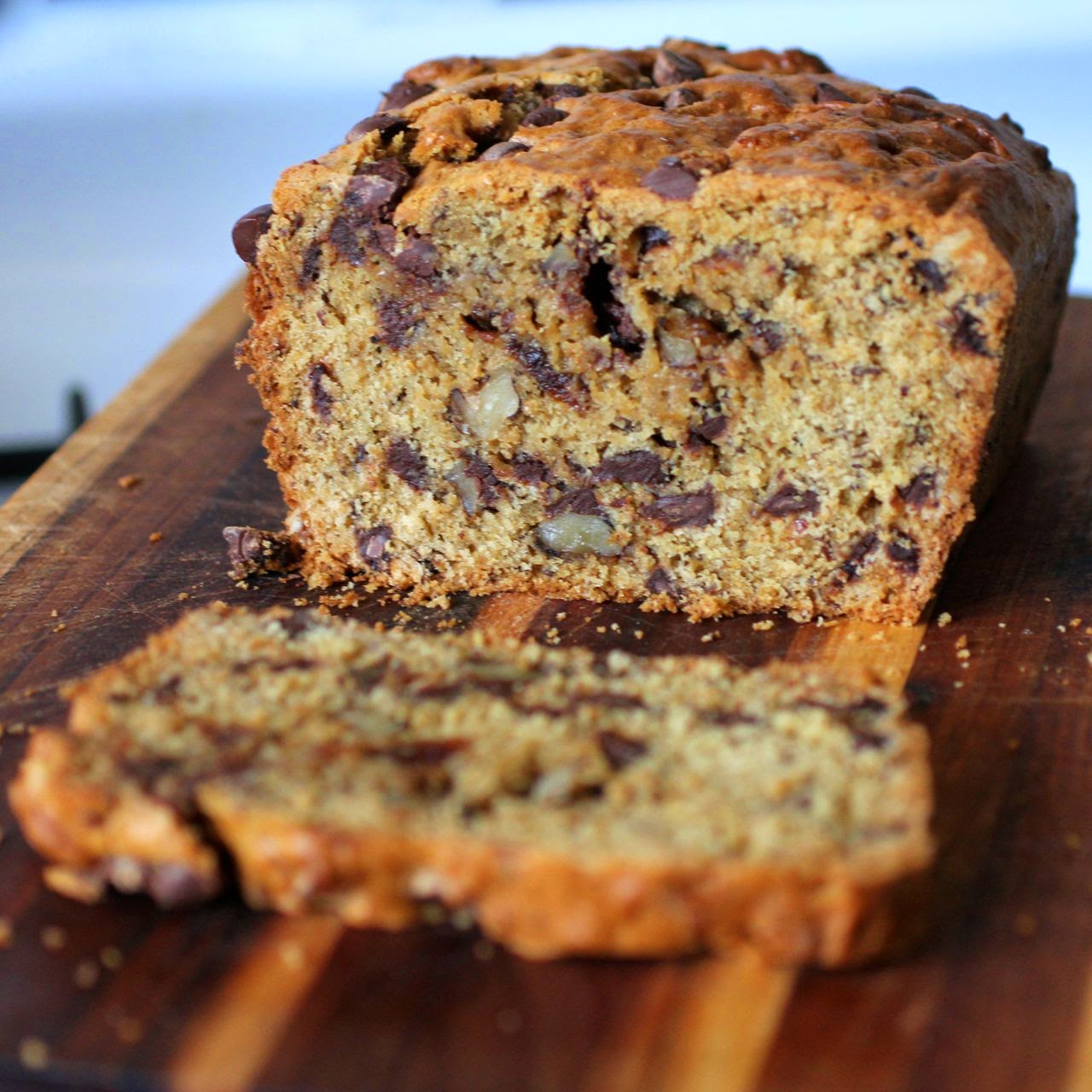 A couple of months ago I baked my first cake using sourdough starter.  It seems fitting to start this year's Vegan MoFo with a recipe from Vegan MoFo last year.  I really enjoyed seeing Alex at In Vegetables We Trust experimenting with her sourdough starter in baking cakes and biscuits.  In the school holidays I had sourdough starter that needed using because I had been too busy.  By the time I got around to baking the cake, I discovered my dried figs were beyond rescue and I had used sourdough starter in pizza.  Never mind.  There were medjool dates to be used.  I made a very nice choc chip, walnut and data tea cake. 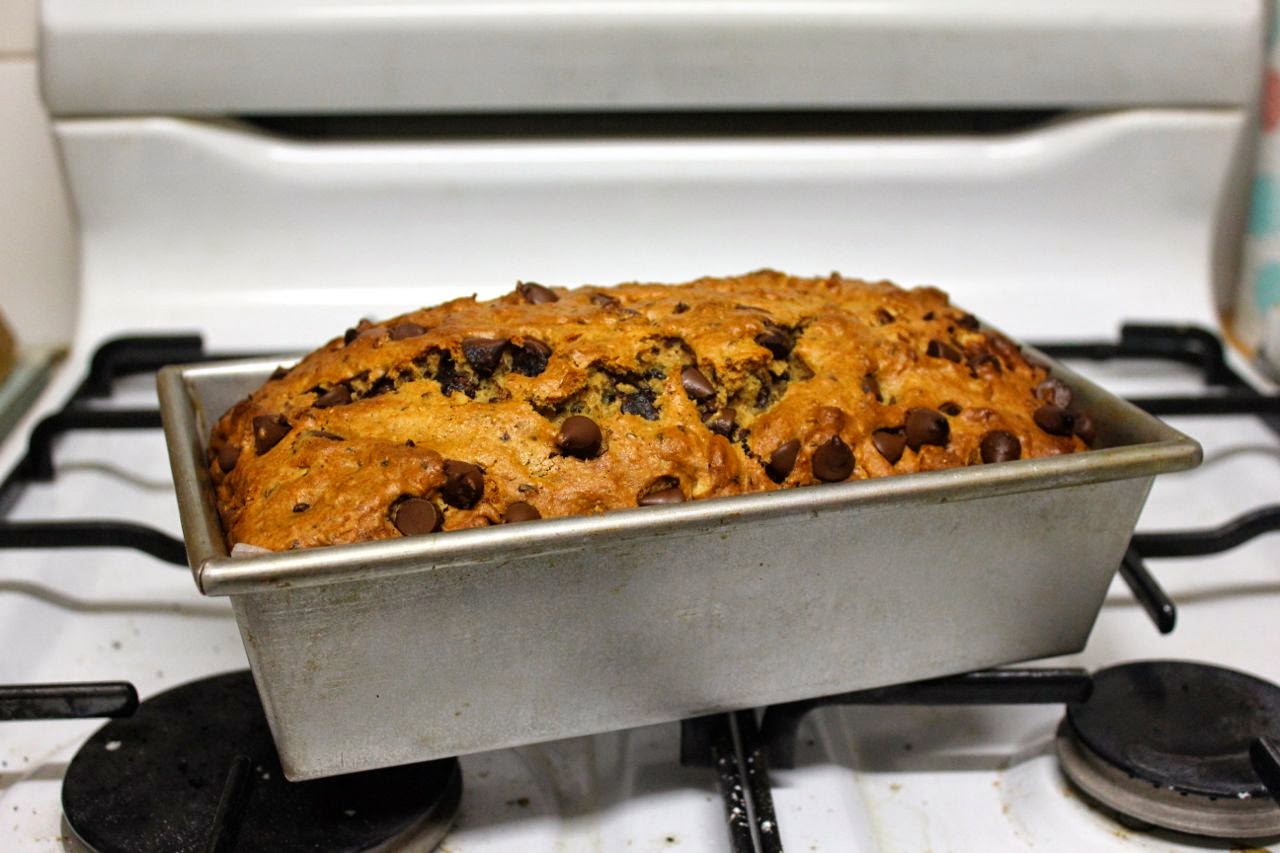 I also found an old orange and used the juice instead of milk.  So my final cake was quite different to the recipe I was following that used fresh figs and spices.  Both cakes have one thing in common.  The starter.  Once you have a sourdough starter it demands to be fed and it grows at an alarming rate.

The cake came out of the oven in time for dessert.  We ate a warm piece with gooey choc chips while talking to my mum in Ireland via Skype.  If only I could I would have passed a piece through the computer to share with her.  Just as I would to you. It was so good straight out of the oven.  Once it cooled it was firmer but still lovely. 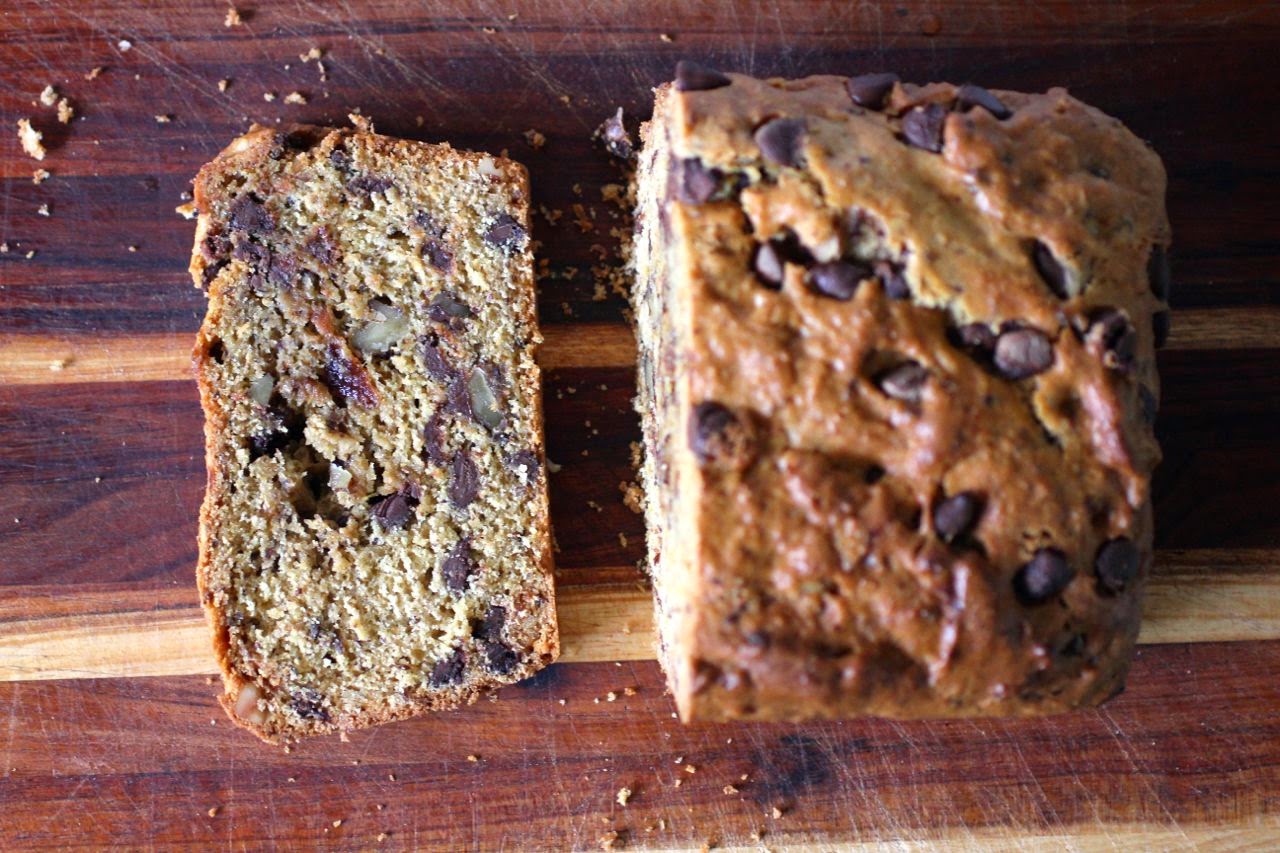 The cake was moist and crumbly.  You can see a crack in the middle in my picture.  I decided to only bake mine for about an hour rather than an hour and a quarter.  In the middle it was slightly underdone but edible.  In fact I found it quite enjoyable with a spread of nuttalex margarine.  My parents always slathered butter on tea cake.  E was less certain.

As a kid I loved date and walnut tea cake.  This cake was like that, only better.  Sylvia very proud of herself having a piece with a walnut even though she could taste it.  I told her that everything is better with chocolate.  She said she wished she could have dinner with chocolate.  Hmmm wonder if she would like some mole sauce.

Choc chip, walnut and date sourdough cake
Adapted from In Vegetables We Trust

In a large mixing bowl, mix together the brown sugar, linseeds, orange juice and oil until it has melded into a glossy oily mixture.  Now mix in the sourdough starter until well combined.  Gently mix in the flours, bicarb and salt until you have a fairly thick batter.  Fold in the choc chips, walnuts and dates.

Spoon the mixture into the prepared loaf tin and bake for 60 to 90 minutes or until golden brown and a skewer comes out cleanly.  Rest 5 minutes and turn out onto a wire rack to cool.  Eat warm or room temperature.

On the Stereo:
Tempest: Bob Dylan

This post is part of Vegan Month of Food September 2014.  This year for Vegan MoFo my theme is The Letter S.  Today is Same Same Tuesday where I bring you a recipe that is quite similar to others I have made before on my blog.  (Yes sourdough in a cake is new but I do love baking these sturdy honest tea cakes with lots of fruit and nuts.).  Go to my Vegan MoFo list for more of my 2014 Vegan MoFo posts.