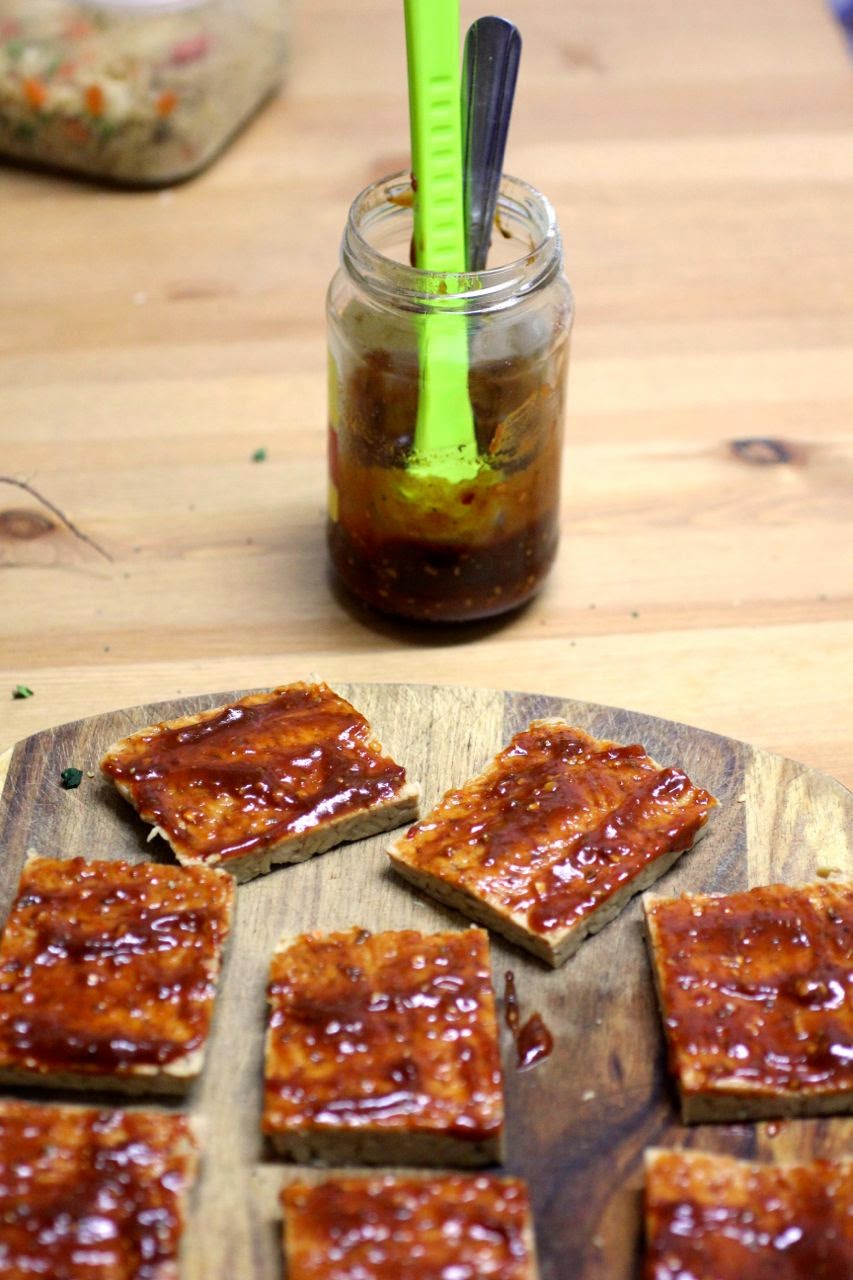 Do you ever make a large jar of sauce and every time you open the fridge and pass over it, you feel its accusing look?  As soon as I saw Elizabeth's BBQ sauce, I wanted it that night.  It used pantry ingredients and only made a small amount.  And it looked really tasty.  Then the night went a bit Pete Tong and I had to wait until I had time on the weekend.  I was determined to use up a packet of tempeh that had crept past the use-by date a few days ago.  The BBQ sauce was surprisingly good with the tempeh and some leftover fried rice. 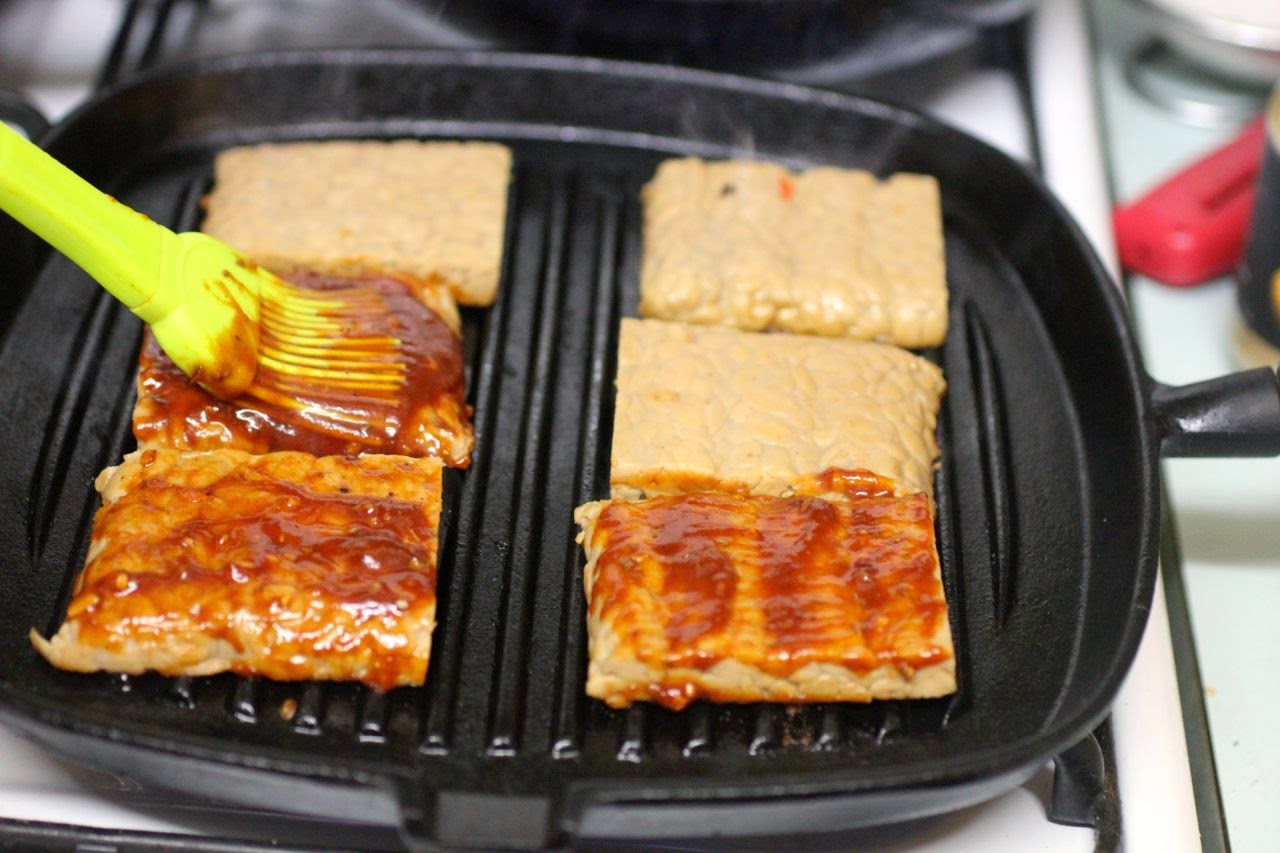 Converting a sauce for meat to a sauce for vegetarians can be a little fiddly.  I found the sauce too sweet and lacking in salt.  (Perhaps because I skimped on the chilli powder, my Worcestershire sauce was running out and I didn't have muscavado sugar.)  A little blackstrap molasses and some extra seasoning fixed it.  It is not BBQ weather and, even if it was, we don't have a BBQ.  I got out my much-neglected ridged grill pan. 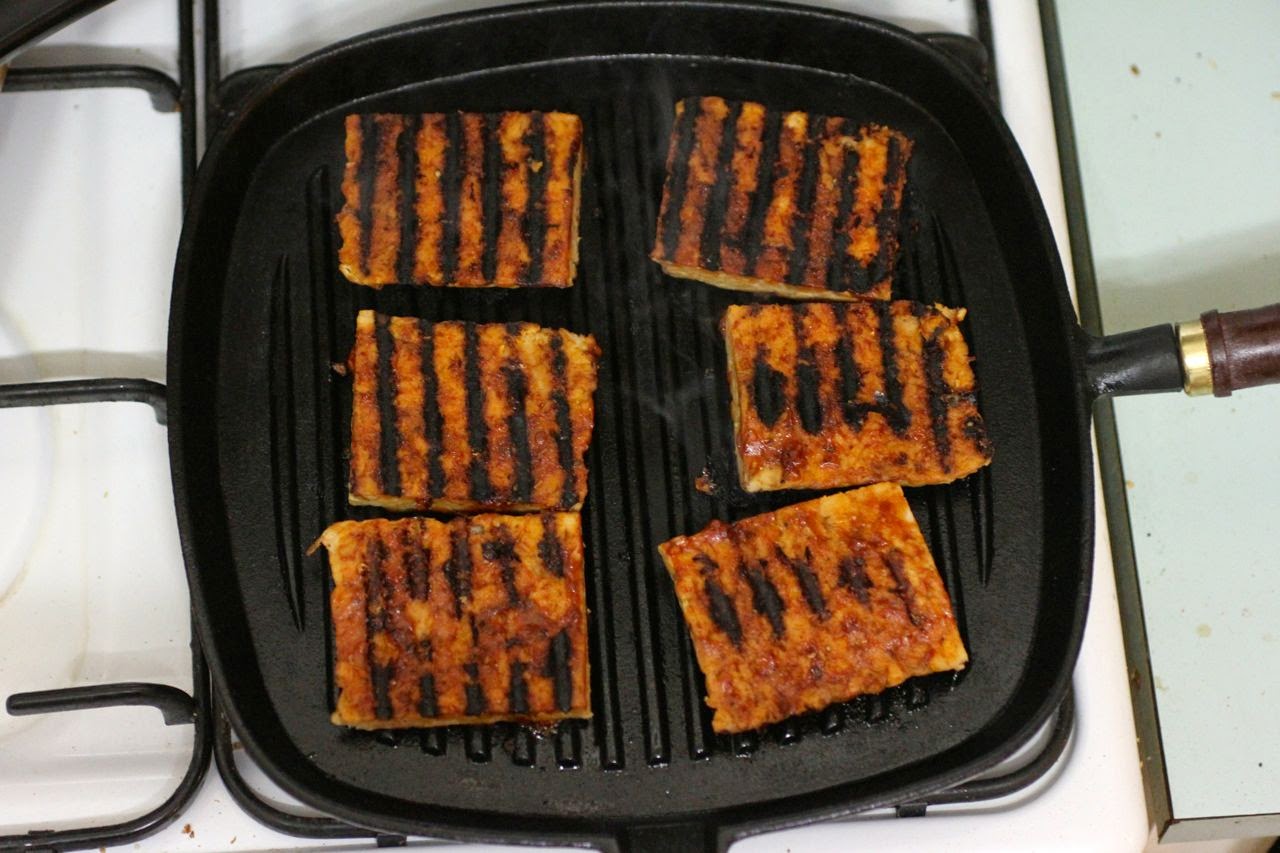 The tempeh looked pretty with the grill marks.  I did need some patience to wait for them to appear.  You might notice on the above photo that there is one piece of tempeh without decent grill marks that I turned over too early.  I also needed the fan on because it got quite smoky in the kitchen.  I wondered if it would have worked better if I had got the tempeh sliced a little thinner.  Easier said than done.  Or maybe tried to press out more moisture.  Or marinaded it longer with the sauce.  Coulda woulda shoulda! 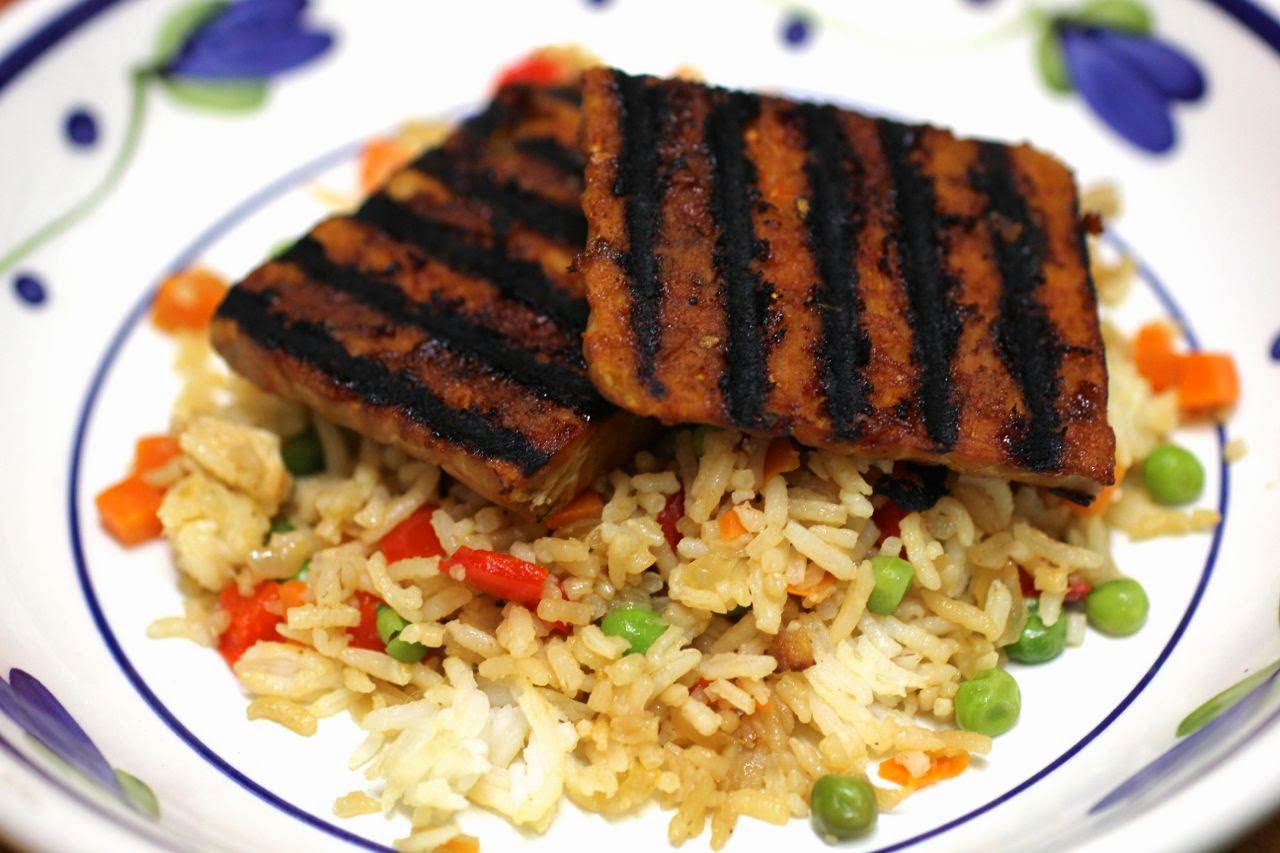 I was concerned the E wouldn't like the tempeh but he did.   We even ate the rest of the leftover tempeh between us on the same night.  Once all the (leftover) fried rice was gone, E hit upon the idea of slathering a bit more sauce over the tempeh.  This worked brilliantly.  It used up a lot of the sauce still in the jar. 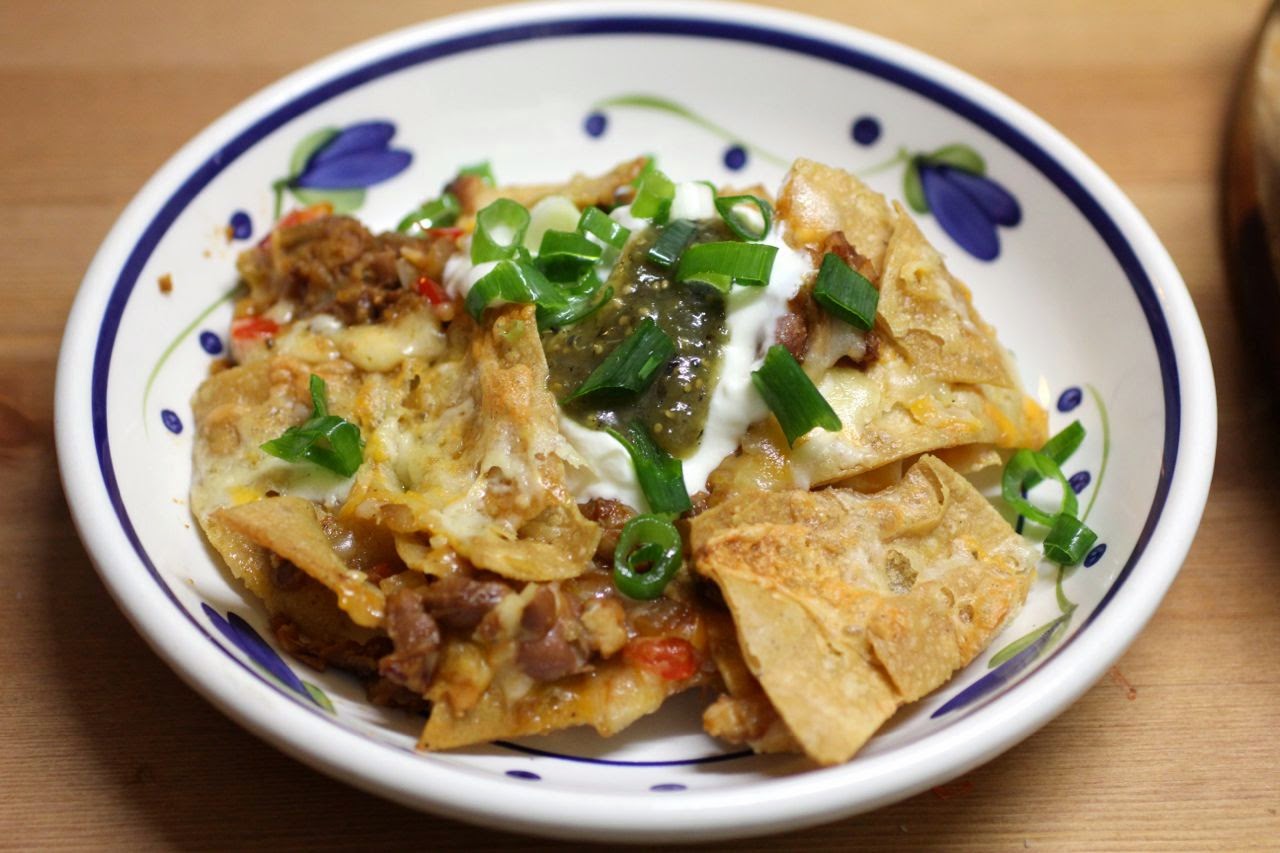 Just a little sauce was left in the jar.  I made some rapid refried beans for nacho the next night.  Instead of adding tomato paste to the beans, I added the sauce.  It gave great flavour.  So much so that when I make this BBQ sauce again I might use leftovers wherever I need some tomato paste.  I am not sure it will last that long though. 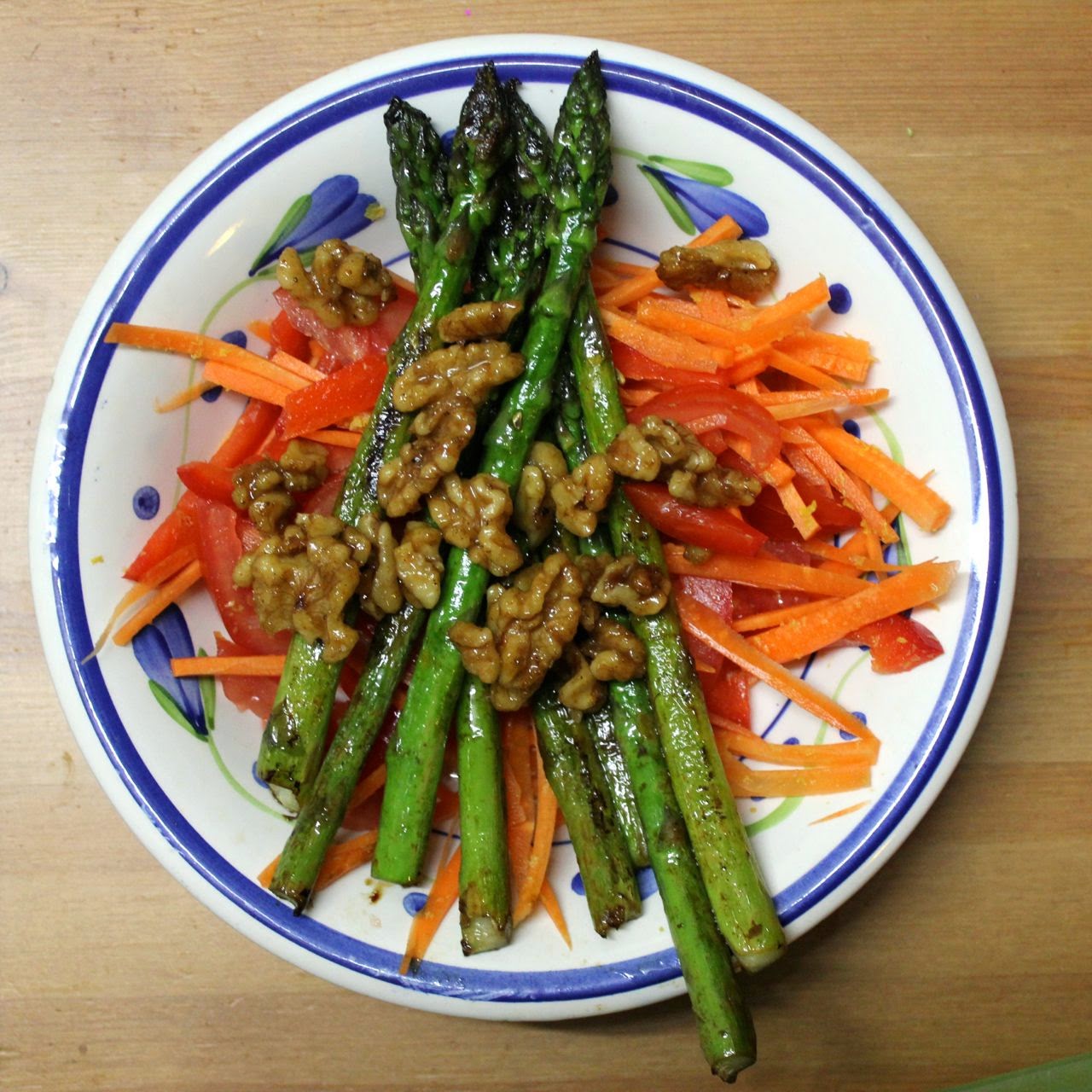 The odd thing about blogging is that even with all the great food I write about I can still draw blank at dinner time.  Today found me leafing through cookbooks for a simple salad dressing.  Instead I found an idea for maple walnuts in Alice Hart's Vegetarian.  I fried mine on the stovetop with maple syrup, a little liquid smoke and some of the Old Bay Seasoning I found on the weekend.  They were brilliant with lemon fried asparagus and some vegies tossed in red wine vinegar and nutritional yeast flakes.  In fact I had to fight Sylvia to keep my share of the walnuts.

Not a recipe as such, but a great quick dinner idea.  Something simple so I can eat with Sylvia.  Then I made a Coconut Chana Saag from Isa Does It to last out the week before we head off on holiday for the last few days of Vegan MoFo.  I will share some food from my trips to Adelaide and Port Fairy after Vegan MoFo.

Mix ingredients together to make a thick sauce.

This post is part of Vegan Month of Food September 2014.  This year for Vegan MoFo my theme is The Letter S.  Today is S for Some recipes I couldn't fit in during the week.  Go to my Vegan MoFo list for more of my 2014 Vegan MoFo posts.
Posted by Johanna GGG at 22:49