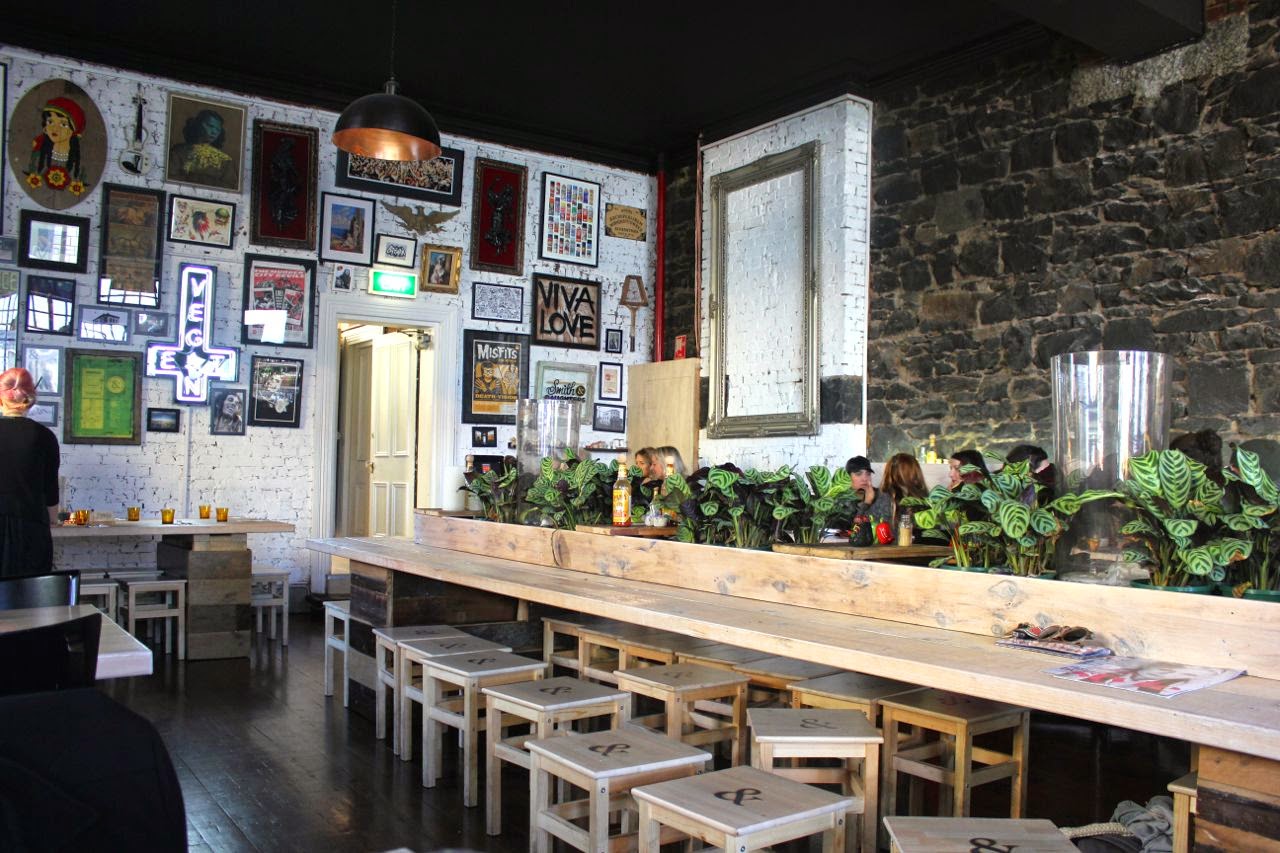 It seems that all of vegan Melbourne has been raving about Smith and Daughters.  It boasts a sophisticated and exciting Mexican-style menu.  This is a new breed of vegan restaurants that attracts a broad range of punters with excellent food rather than just a vegan clientele.  We went there for brunch a few weeks back.  I wish it was easier to visit more often because it is an amazing place. 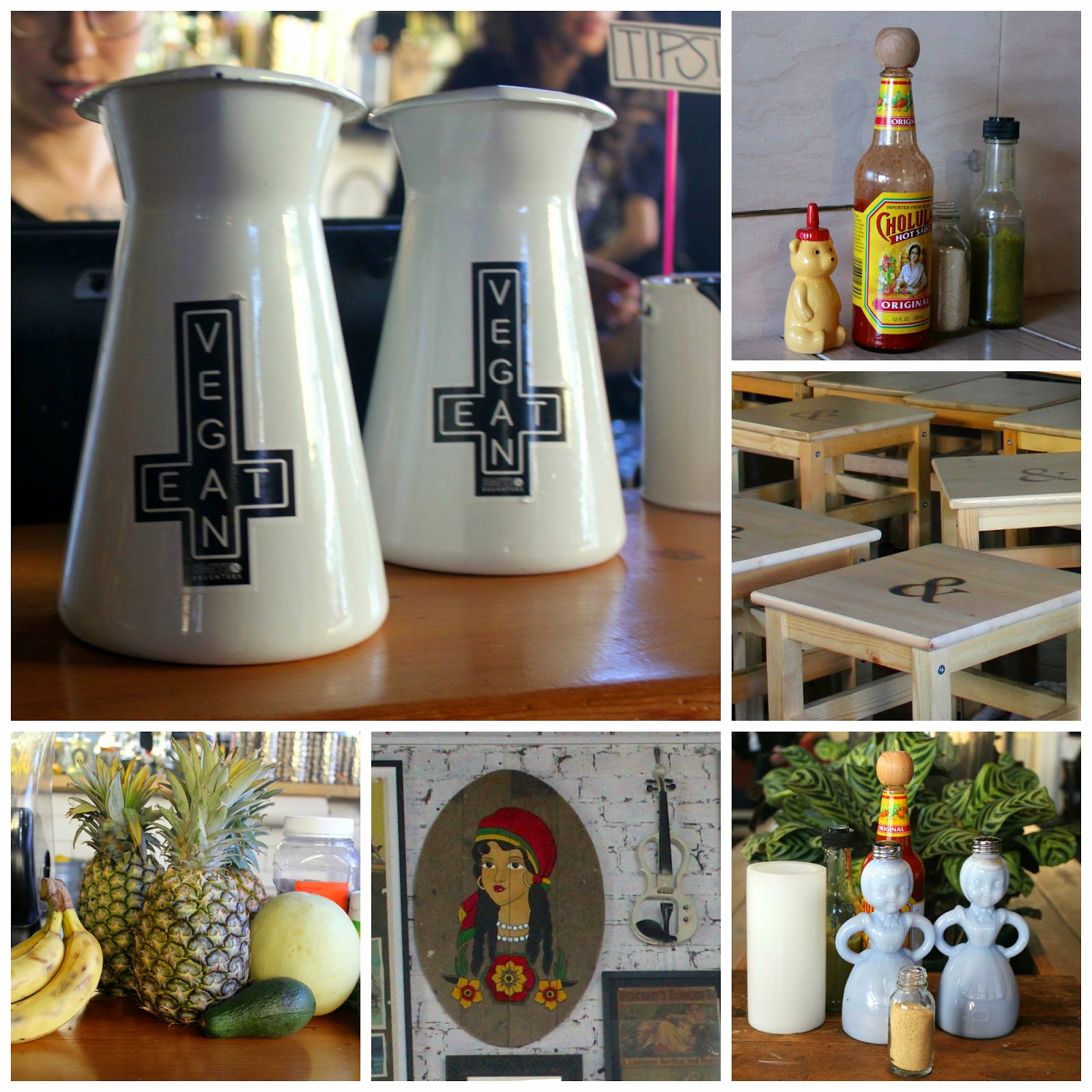 The decor is a mixture of eclectic kitsch and simple rustic charm.  I loved the little salt and pepper shakers on each table and the back wall hung with all manner of artwork.  E and I noticed the old wooden tennis racquet in the wooden frame (below).  My first tennis racquet was wooden.  I was told not to let it get wet because it might warp.  We had one of these frames to keep the racquet head in shape yet I don't remember if we used it.  But I digress. 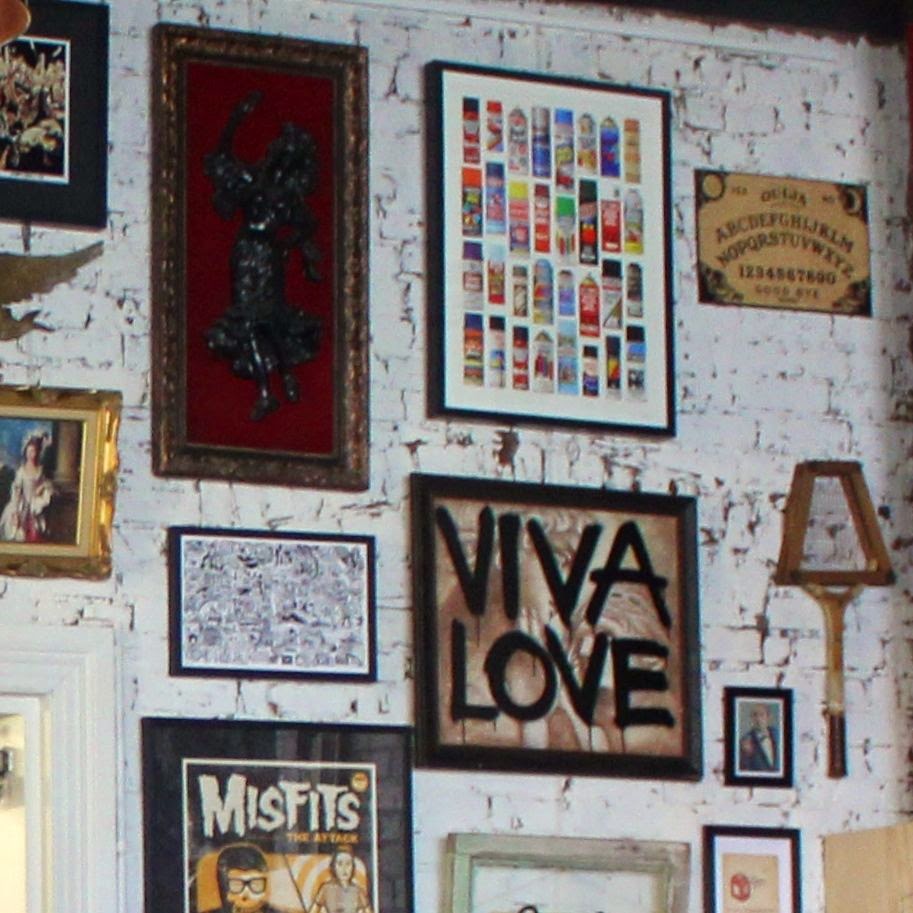 We arrived at midday for brunch.  The place was packed.  I feared that we had finally got to Smith and Daughters only to find there was no room.  The staff were just lovely and suggested we sit at the bar until a table became available.  It wasn't long.  During our brunch the service was really welcoming and friendly. 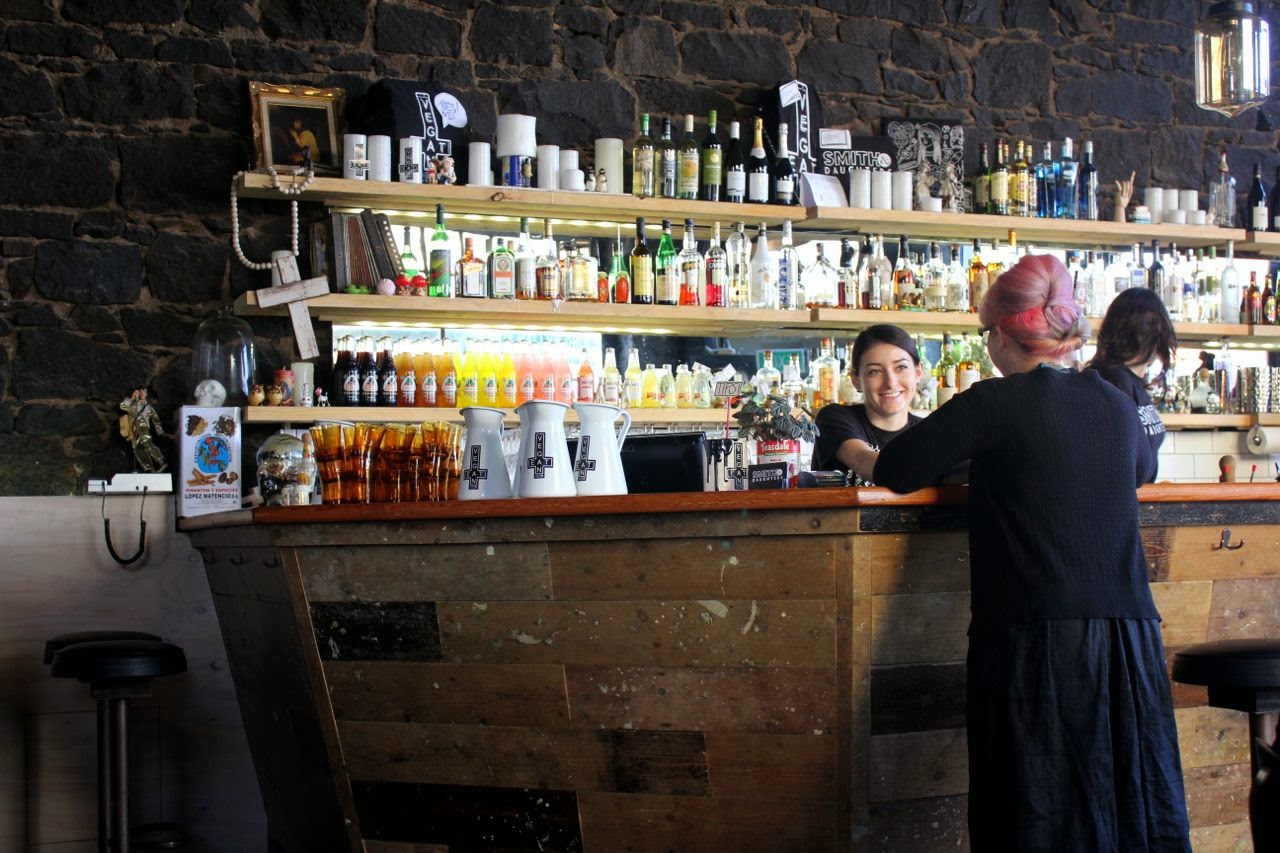 First up we ordered a drink.  E had a latte with almond and coconut milk.  He enjoyed it very much and was very pleased to try a new milk combination in his latte.  After watching the juicing at the bar, I had to try one. 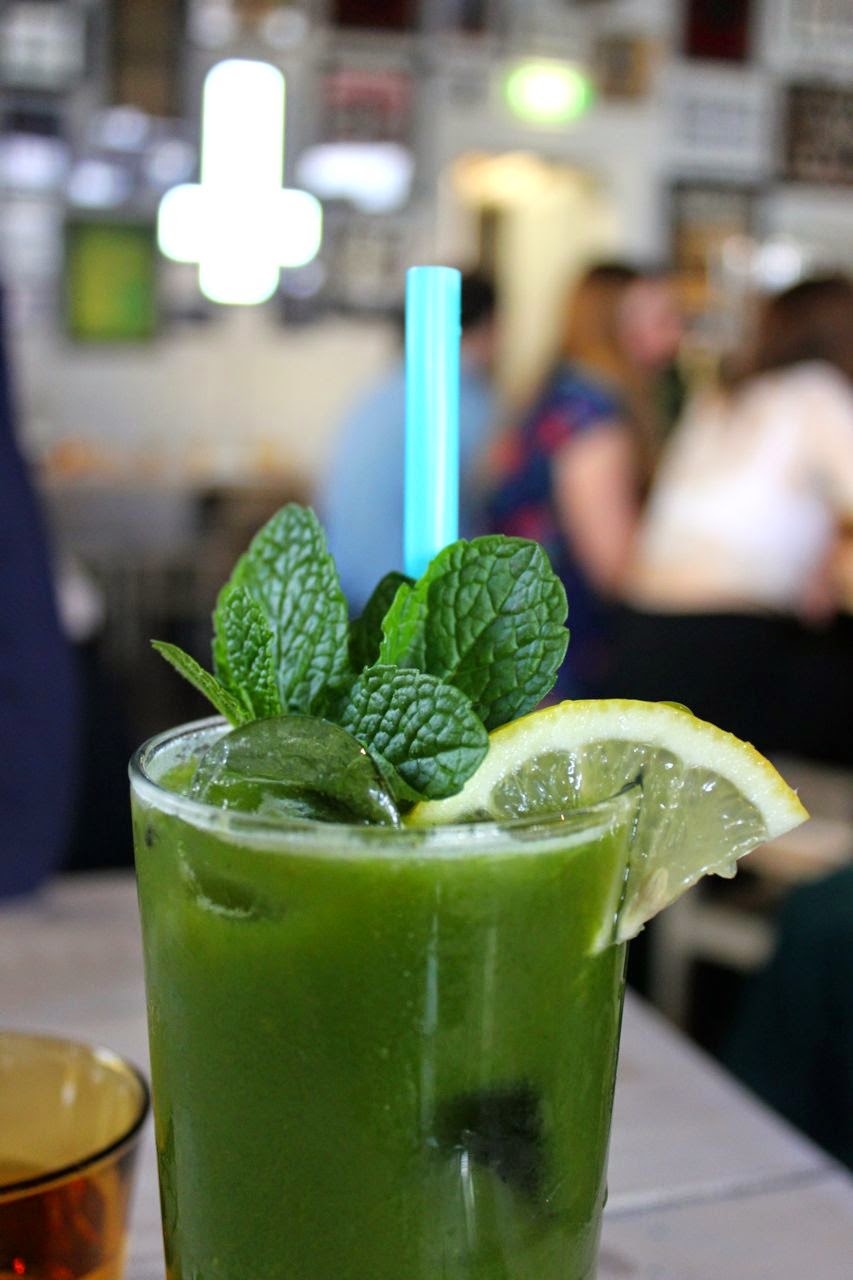 The first juice on the menu is called a Brutal Green.  It consists of kale, celery, cucumber, spinach, mint and lime.  Other combinations are available that mix sweeter juices with the Brutal Green.  My Easy Green was apple, lemon, ginger and brutal green.  Only I am not so keen on ginger in juices so I swapped it for passionfruit.  It was lovely: tangy, leafy, a little spicy and just sweet enough for me. 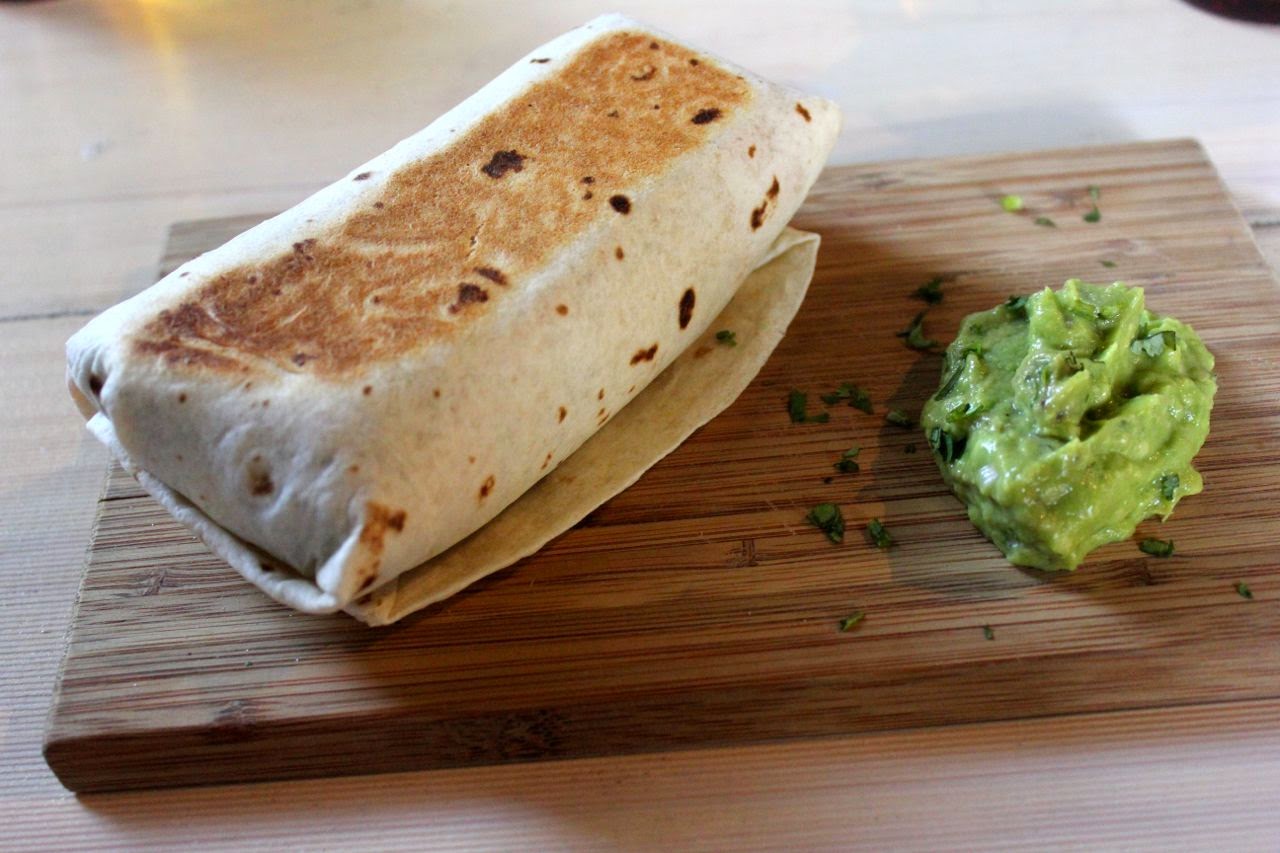 Until 3pm on a weekend, Smith and Daughters offers a brunch menu.  I chose the breakfast burrito.  It was full of so much good stuff: scrambled tofu, crispy chorizo, black bean, garlic kale, cashew cheese and served with a dollop of guacamole. 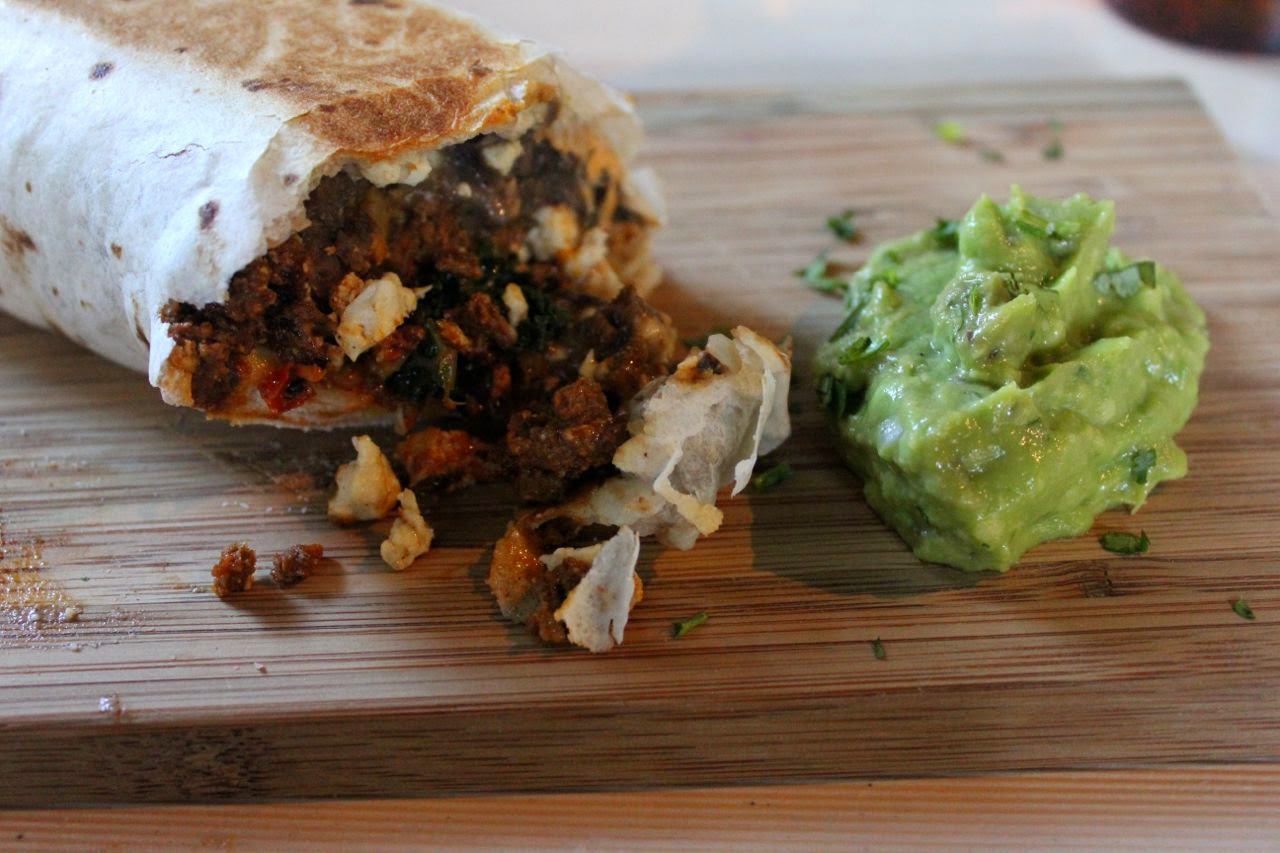 I was so excited by the good stuff that I forgot I am not so keen on burritos.  I find that everything is too mushed up.  It was nice, though quite smoky andintense, but I would have preferred everything to be more separate.  However I have seen enough others who have loved it to claim this is just a personal preference rather than a reflection on Smith and Daughters. 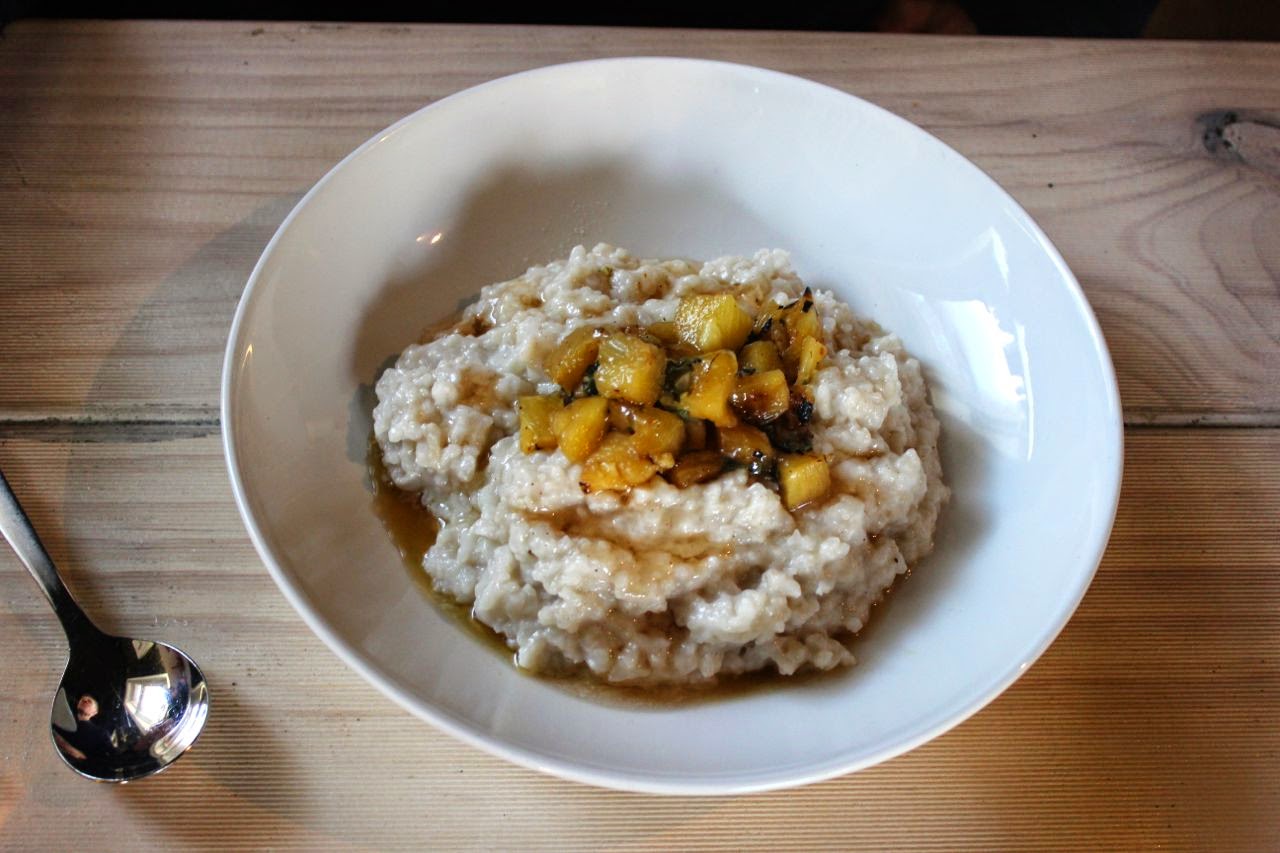 I love how Smith and Daughters challenged us with unsual dishes.  While I was not bowled over by the burrito, I was unexpectedly smitten with the Horchata rice pudding with grilled pineapple.  It was so soft and gently spice and not too sweet.  With the pineapple it was just right.  Actually E ordered the rice pudding but did not eat it all.  I quite fancied just a small dessert and polished off his leftovers. 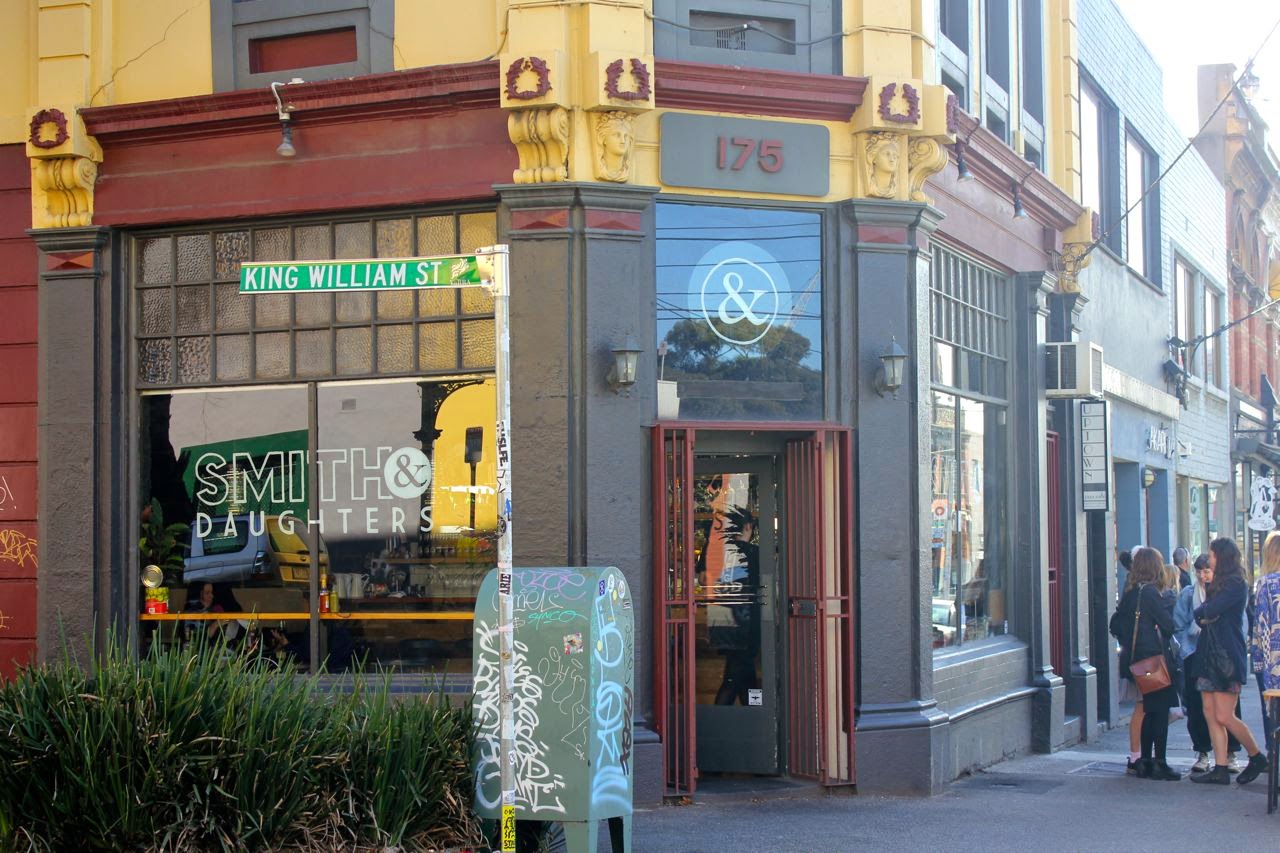 By the time we left at 1pm, it was a lot quieter than when we arrived.  Which was more relaxing because it was quite noisy when we arrived.  I can't wait to return.  I really loved the friendly staff, the beautiful space and the chance to eat fancy hipster vegan food.  Hopefully one day I can try out the dinner menu as well.  It looks amazing.

This post is part of Vegan Month of Food September 2014.  This year for Vegan MoFo my theme is The Letter S.  Today is S for Smith and Daughters.  Go to my Vegan MoFo list for more of my 2014 Vegan MoFo posts.