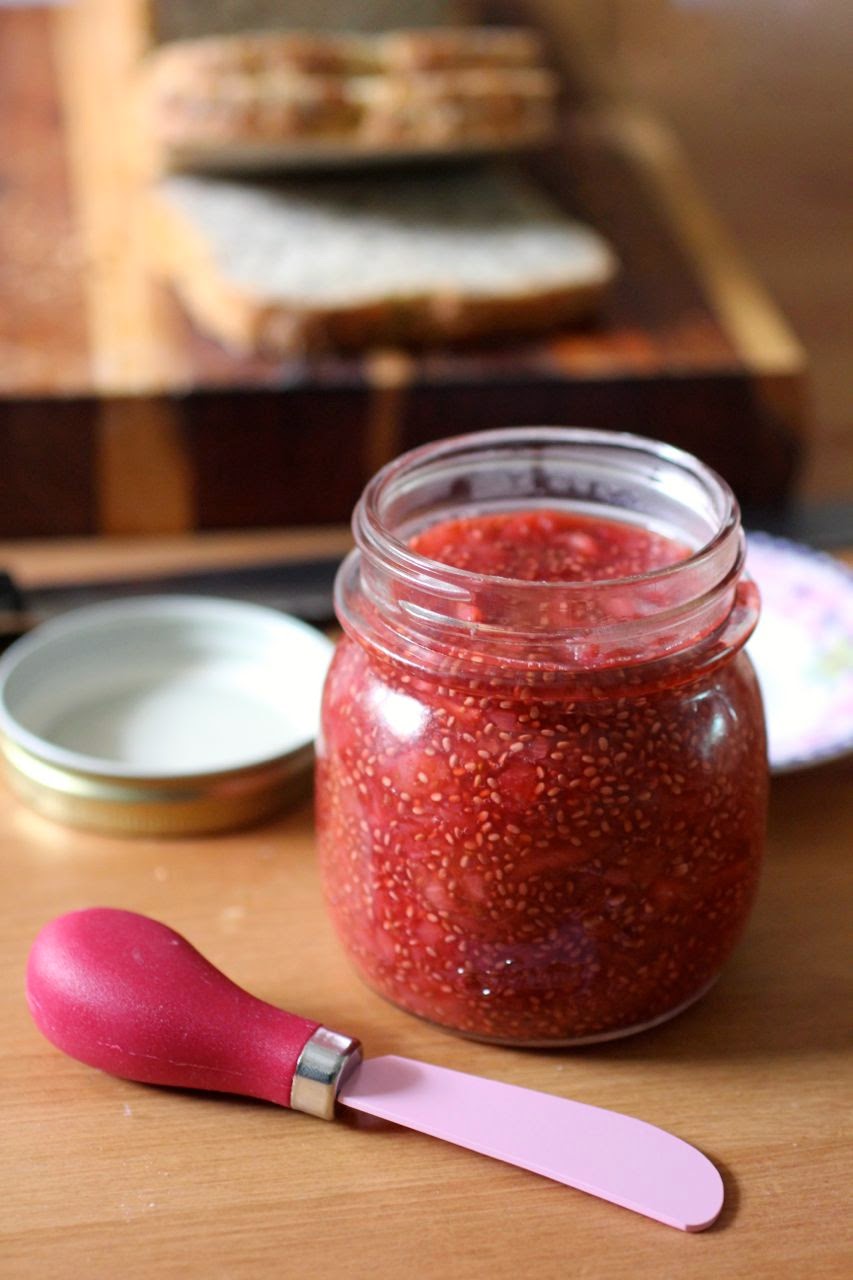 Chia seed jam has been doing the round of blogs for some time now.  I never thought it was for me.  I was so wrong.  I made it because strawberries were cheap.  Within a few days of making this strawberry chia seed jam, it was gone.  It isn't intense and syrupy like regular jam.  The berries taste so fresh and delicious, Sylvia and I could have just eaten the whole lot from the jar. 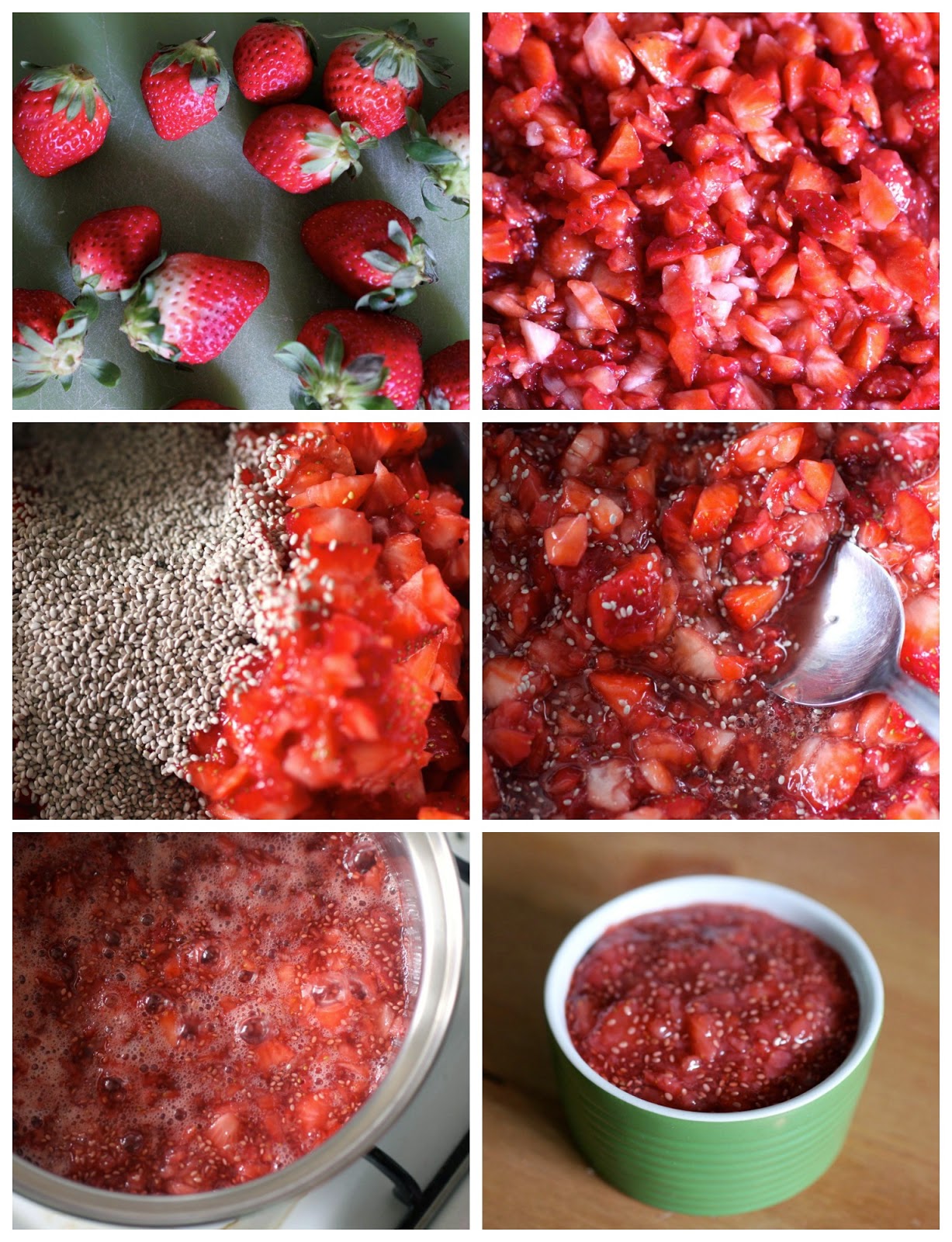 Recently I was amused by the Superheroes episode of Ben and Holly's Little Kingdom - a children's cartoon that Sylvia loves.  One fairy character is called Strawberry and was The Ice Queen.  She was called Strawberry Ice Cream by other fairies who couldn't get it right.  So I did a quick online search for strawberries and fairies.  (If you have been following my blog for years you might remember my history posts where I loved finding quirky information about fruit and vegetables.) 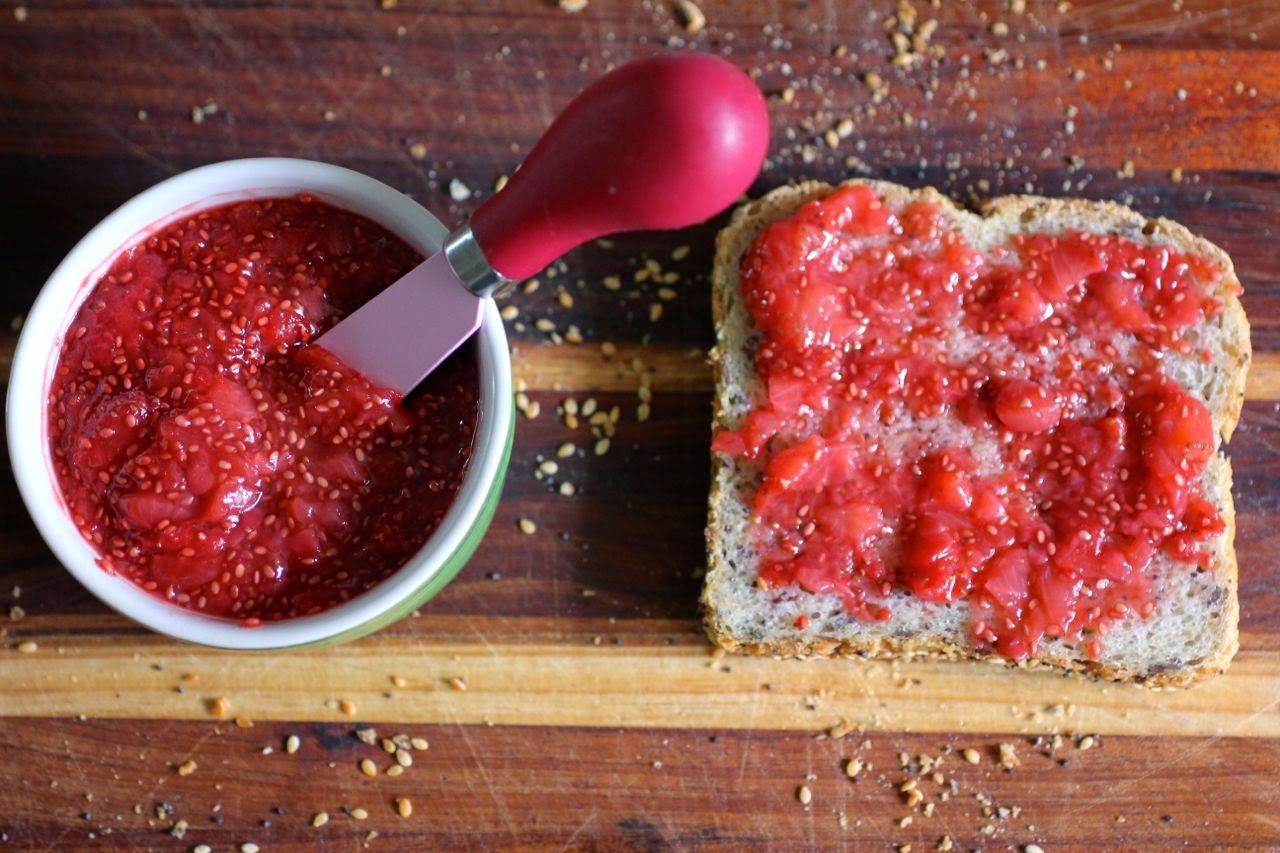 Here are a few fun 'facts' about strawberries and fairies: 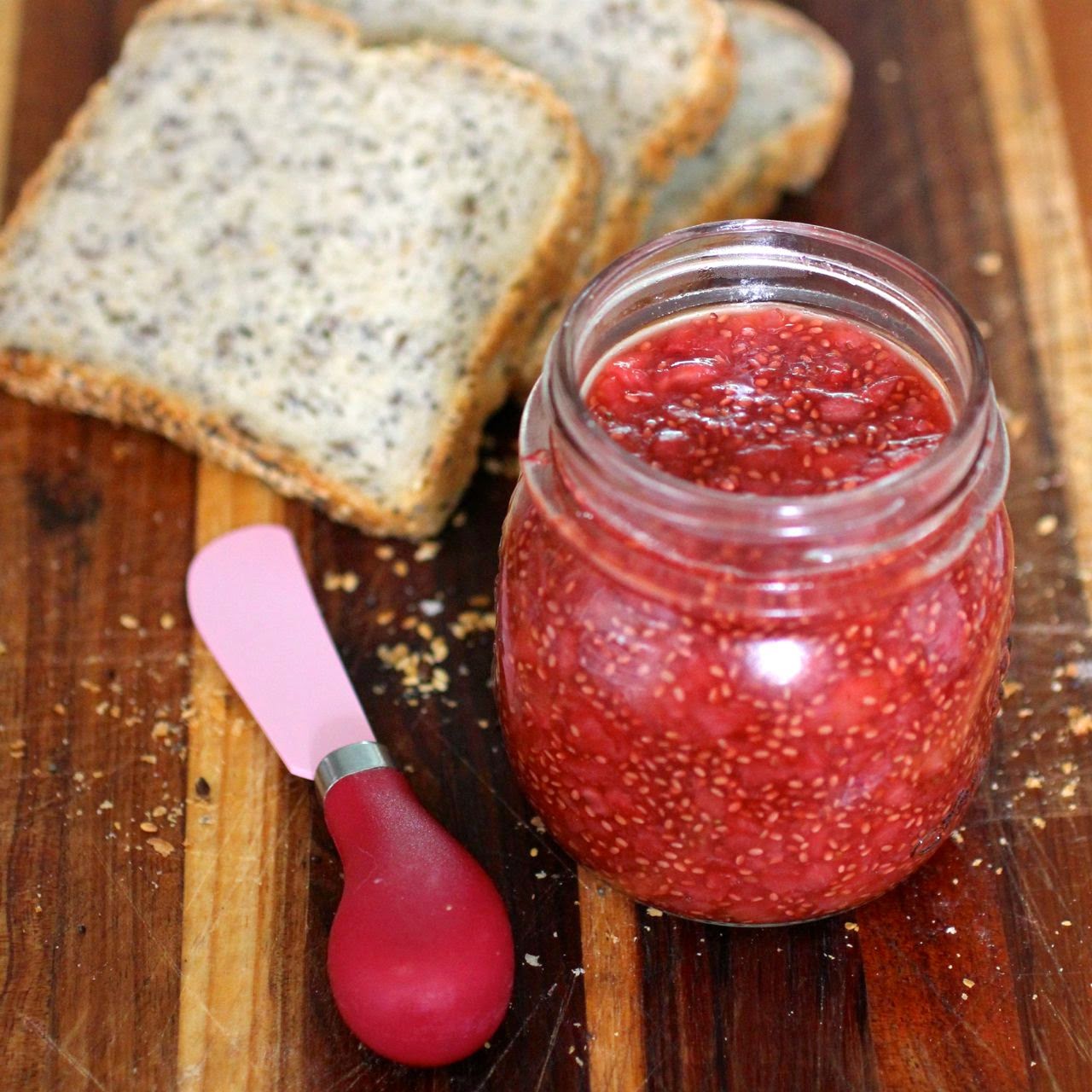 As for the jam, it seemed like magic that such a short simple process could produce such yumminess.  The berries tasted fresh and only slightly sweet.  It was like a jelly (in the Australian/British sense of the word) that blobbed about rather than runny.  Most of ours went on porridge in the morning.  Some was stirred into yoghurt, spread on bread and some went into a nut roast.  But that is a story for another day.

Hull strawberries and chop finely. *  Mix berries, maple syrup and chia seeds in a small saucepan.  Bring to the boil gently and simmer uncovered for 10 to 15 minutes until it is just thickened.  It will thicken as it cools.  Spoon into jars (or tubs) and cool before eating.   It should be ready after 15 minutes in the freezer.  It will keep in the fridge for about a week.

*NOTE: I chop them finely so the jam is not so chunky.  I have also seen someone who has mashed her berries with a potato masher and I guess you could chop in food processor too.

On the Stereo:
Costello Music: The Fratellis

This post is part of Vegan Month of Food September 2014.  This year for Vegan MoFo my theme is The Letter S.  Today is Sticky Thursday.  Go to my Vegan MoFo list for more of my 2014 Vegan MoFo posts.
Posted by Johanna GGG at 10:49