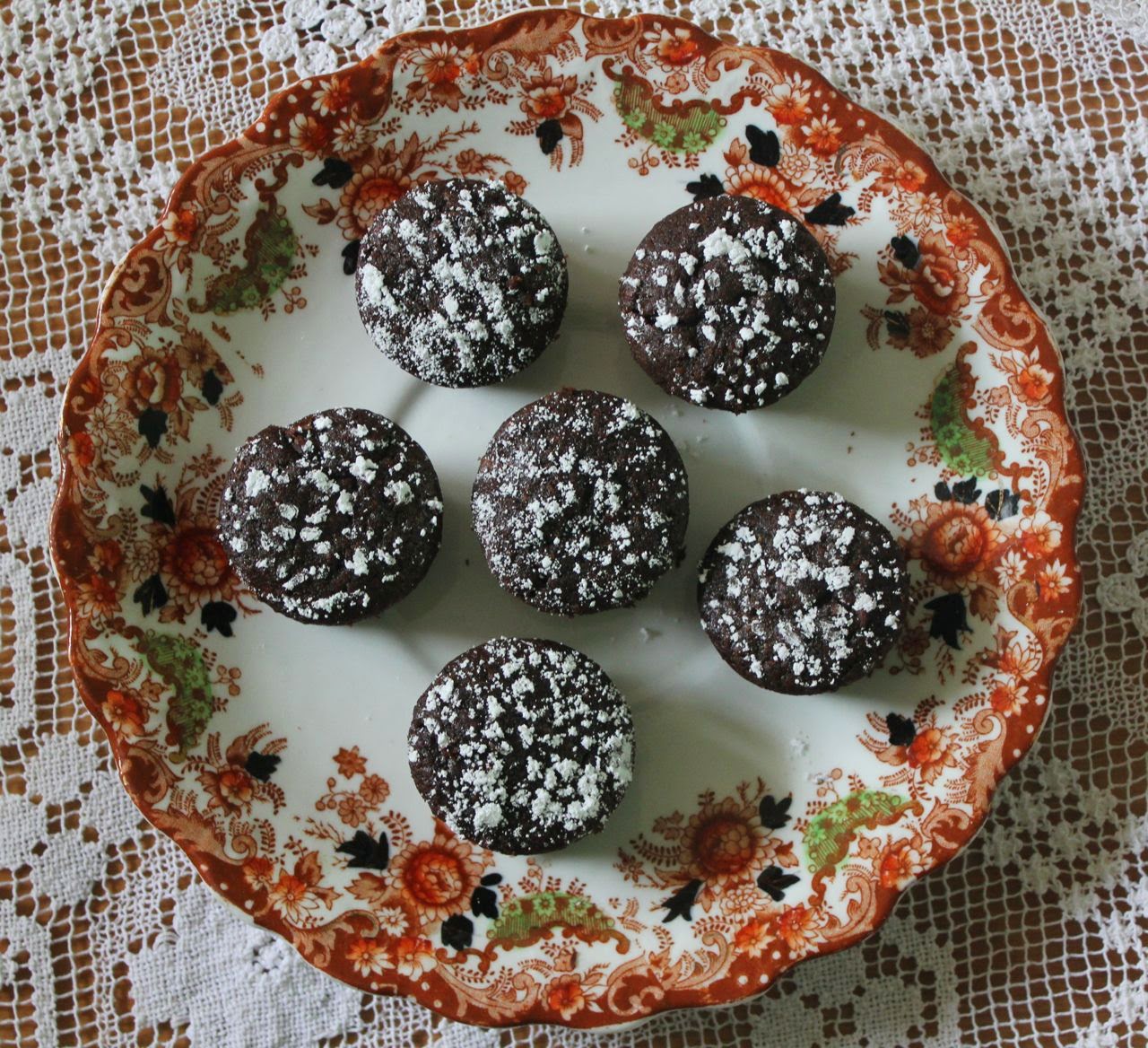 Sylvia had just arrived home from school.  She was hungry.  Usually she is happy with bikkies and hummus as a snack.  Instead she suggested I make chocolate chip and cola muffins.  Those muffins were great but quite rich.  I wanted something lighter.  I remembered the vegan chocolate cupcakes that I baked for her birthday. 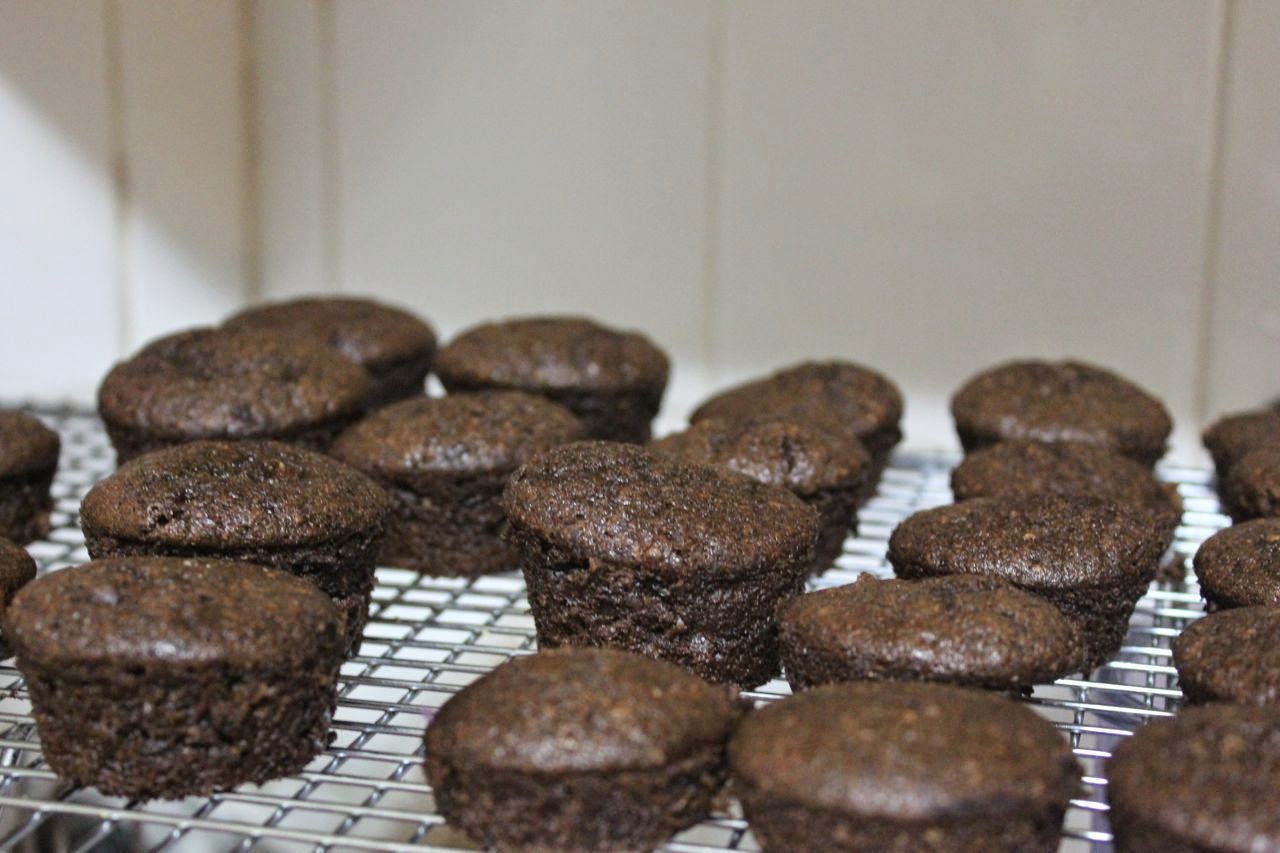 Back then I had accidentally added only half the flour.  They were good but very soft.  I decided to make them as the recipe said.  Then I tweaked them.  They were excellent.  More substantial and satisfying this time.  We all loved them. 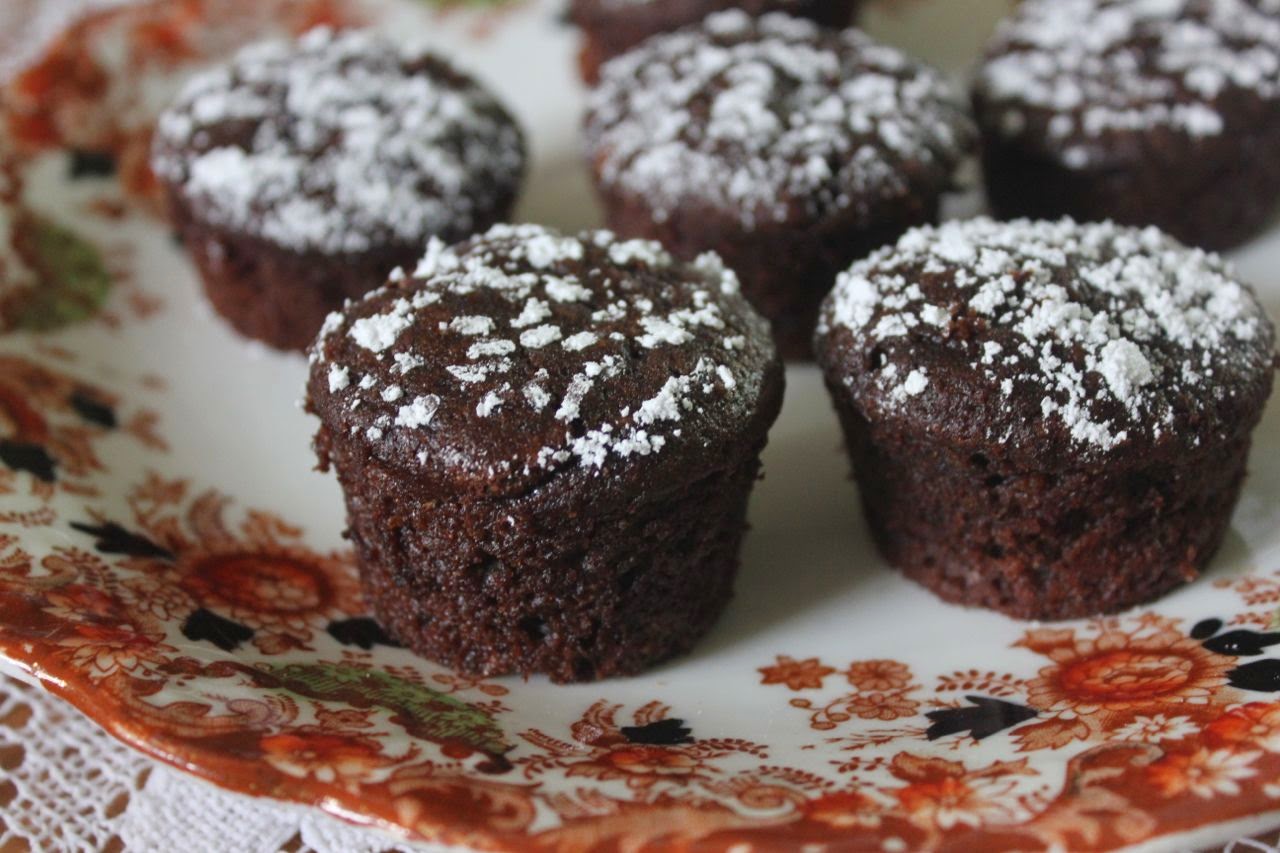 Somehow Sylvia has gone off icing (frosting) on cakes.  Perhaps she has picked up on my dislike of it.  Too sweet, she says.  I just sieved a bit of icing sugar (powdered sugar) on top.  Somewhere - Pinterest no doubt - I saw someone had placed lace over their cupcakes to make pretty patterns with icing sugar.  It didn't quite work the same with me.  Possibly my cupcakes were too small or the paper doily not lacy enough.  It just looked like a light sprinkling of snow.  Which is not a bad thing.

I am sending these little cakes to Stuart of cakeyboi for September's Treat Petite blog event.  The theme is Anything Goes.  He runs the event with The Baking Explorer.

Bake for 15 minutes or until cooked (when a skewer inserted into the middle comes out cleanly). Cool on a wire rack.  Sprinkle with icing sugar or frost if desired.

On the Stereo:
Nightclub Jacks and Undertakers: Chicken Tractor Deluxe

This post is part of Vegan Month of Food September 2014.  This year for Vegan MoFo my theme is The Letter S.  Today is S for Same Same Tuesdays.  Go to my Vegan MoFo list for more of my 2014 Vegan MoFo posts.
Posted by Johanna GGG at 10:26