Lasagne and the Boy Wizard 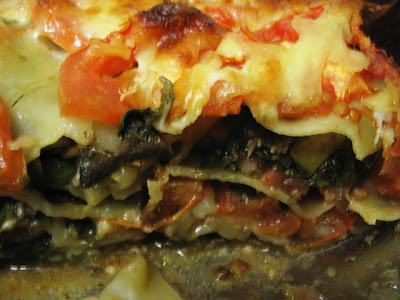 I have a confession to make! I spent the day yesterday reading the latest Harry Potter book. I have read all the others and I know they are very readable and enjoyable. I bought the book Thursday, after ascertaining that the copies I was aware of had a list of people in line to borrow them, and I knew Saturday was free for reading. So I emerged at 5.30pm, finally knowing what happened to the boy wizard!

The price for the luxury of reading all day was that I didn’t have time for other things I had hoped to fit in my day like swimming and grocery shopping. I had good intentions but I was 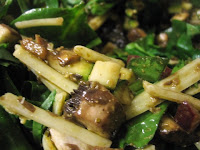 determined to finish the book so I wasn’t reading it in drib and drabs over the next few weeks. Reading a book all at once is so satisfying until the end when you wish you still had chapters of reading ahead.

So it was that around 6, I finally had decided what to cook for dinner and headed off to the supermarket. I had been existing on biscuits and cheese on toast during the day so I needed something easy and full of vegetables. I decided to make a lasagne that I had found on the web some months ago. Emily B had posted a recipe for Sauceless Garden Lasagne. She was inspired by too many tomatoes and zucchinis in her garden. I don’t make lasagne that often because I struggle to find the time and energy to make the pasta sauce, the white sauce and then wait for it to cook. So I was attracted to this recipe which seemed quick and simple.

This is a great sauceless lasagne recipe. I tried another similar recipe where you don’t need to cook the sauce but it had ricotta and didn’t taste fantastic. This one is really tasty. I think the 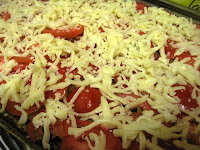 interesting mix of vegetables and the balsamic vinegar are a big part of the success of it. I really enjoyed the rich tang of vinegar. I got to the supermarket too late to buy basil (if there had ever been any yesterday – a note alongside the basil said that some herbs were unavailable due to drought). So I used some store-bought pesto sauce. It worked well but I would be interested to try fresh basil and oregano at some stage.

Best of all, it didn’t have the heavy taste I often associate with lasagne. The vegetables were just cooked and still fresh tasting. The one drawback was the amount of time it took to chop all the veggies. Emily B did more slicing than dicing so she would probably have spent less time chopping. In fact, I am not sure it was that much quicker than making pasta sauce. But it was worth it.

Sauceless Garden Lasagne
(adapted from Emily B at allrecipes.com)
Serves 6

Bake for 35 to 60 minutes in the preheated oven, until noodles, and vegetables are tender. I had it in 60 minutes and found I needed it covered with foil for the last 20 minutes because it had browned enough but I think I needed the vegetables as well as tomatoes on top to help cook the lasagne noodles.

On the Stereo:
Listen, Listen: an Introduction to: Sandy Denny
Posted by Johanna GGG at 20:05