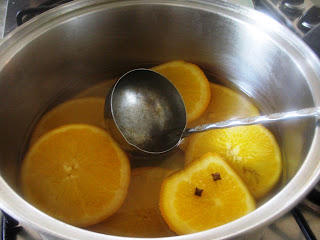 It was my brother Andy’s birthday yesterday so my family gathered at my parents’ place for lunch. My mum decided she would do a Christmas in July lunch. The idea of Christmas in July, is that it is cold and rainy outside and we snuggle indoors to enjoy a traditional Christmas dinner in the middle of winter just like our ancestors would have done in the Northern hemisphere. A big roast and pudding feels so right in the middle of winter.

We need the rain but it has come down too often when I have been on my bike lately. So it seemed doubly unfair yesterday that it was a sunny winter day that didn’t feel at all Christmassy. However, when the kids got restless, we were glad that they could run outside and play. 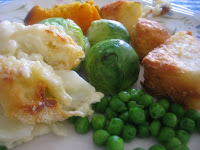 Not only did mum manage to make a yummy roast of chicken, ham, roast veggies, cauliflower cheese and green veg, but she made three desserts! A plum pudding with custard as is traditional at Christmas. A self-saucing chocolate pudding which is Andy’s favourite (and E recommended it with custard). And a sponge cake with lemon filling for my brother’s birthday. Even without the meat and the sponge cake (I don’t like lemon filling) there was plenty of good food to satisfy me. 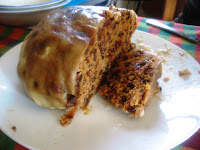 My contribution was to make a mulled apple cider. I have made mulled wine occasionally but thought a non-alcoholic version might be more widely acceptable. The kids didn’t touch it but most of the adults sampled a small one – you will see in my picture that we didn’t fill the glasses too much. A little went a long way.

Most of us were impressed. (I was surprised to hear Francesca refuse a drink because she doesn’t like cinnamon after tasting cinnamon chewing gum as a child!). The combination of

cloves, cinnamon and orange are so evocative. My brother was reminded of winter in Ireland. It took E and I back to the German Market in the Princes Street Gardens in Edinburgh at Christmas where we would buy mulled wine and stollen. It spoke to us of howling winds that chill you to the bone, frosty pavements, gardens covered in snow and huddling inside in front of the gas fire and some good British soaps!

The recipe I used, appropriately enough, was from Rose Elliot’s Vegetarian Christmas. 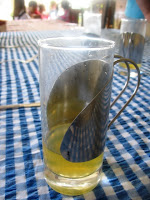 Stick cloves in the orange and slice the orange in thin slices. Place orange, cinnamon and juice in a medium saucepan. Gently heat for 30 minutes. Serve hot. I think Rose intended it to be served with slices of orange but we didn’t do that. I always find it gets in the way, and besides I sliced the orange too thickly for that. The sugar is to sweeten it if needed, but we never bothered with it. I think it served about 8-10 with small glassfuls.