Chocolates with mint filling - the healthy ones 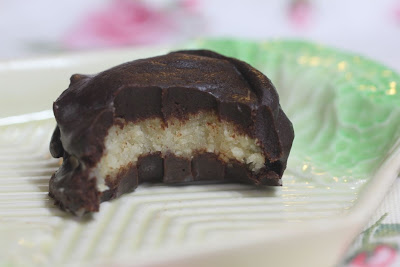 This has been the year of experimenting with filled chocolates.  Over the last few months I have tried four more fillings so I have a few to write up. to you.  The one I will share today is another peppermint filling.  But whereas the last one was creamy with mostly icing sugar, these are far more healthy and nubbly with coconut, cashews and coconut oil. 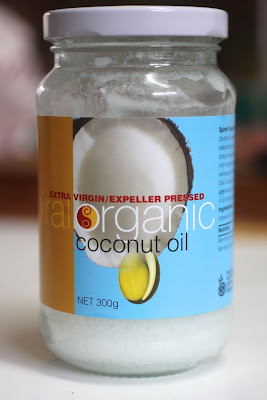 I haven't had good experiences with coconut oil.  It has tasted too much of coconut when I have used it previously.  Yet I know many people are huge fans.  I finally went into WholeFoods in East Brunswick and talked to a nice man there who explained to me how extra virgin had less of a coconut taste.  He even showed me that difference in colour between the virgin and extra virgin.  I have found this one more pleasing so maybe there will be more recipes with coconut oil here. 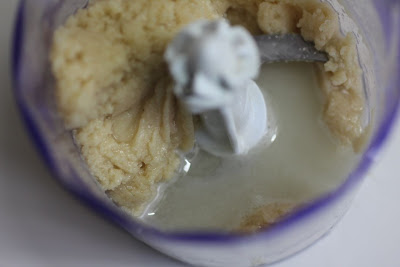 Not that it has been an easy ride even with this coconut oil.  I tried this mint filling and the coconut oil pooled at the bottom of the blender.  Not only did most of the oil leach out but quite a lot of the flavour went into the oil. (We made some dodgy energy balls with the oil that refused to integrate!)  Despite this I still ate the leftover filling straight from the bowl because it was so good.  And healthy.  Right? 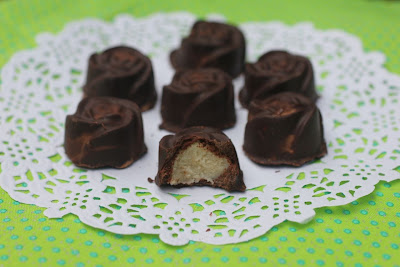 The recipe for chocolate mint patties that I had seen on Pinterest came from This Rawesome Vegan Life.  Em had made her own chocolate to cover them.  I decided to just melt regular dark chocolate and use my moulds to fill them rather than dipping the patties in chocolate.  It fitted in well around soaking chickpeas, a trip to the library and was ready in time for a puppet show. 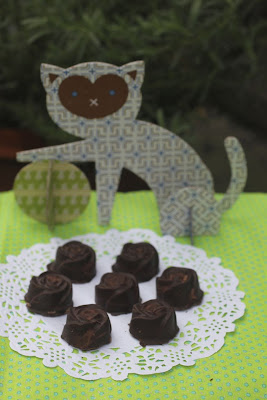 Since then I have looked up tempering chocolate a bit and my method of making it in the microwave seems fine because it doesn't get too hot.  I wonder if a bit of moisture got into the mixture and made it seize.  Anyway, I got chocolate paranoia after the first batch. 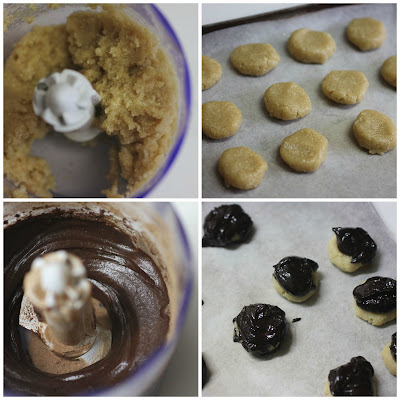 The next time I made these when Sylvia was sick and we were staying in.  I blended everything before adding the coconut oil in the filling.  It was too crumbly without the coconut oil.  I barely blended the coconut oil and was amazed at all the flavour without it leaching out.  However I still found the mixture quite oily when I rolled it into patties using my hands

I decided to make the chocolate like Em did rather than risk melting regular chocolate.  I made the patties into disks and dipped them in the homemade chocolate.  I could have just eaten the bowlful of silky smooth chocolate.  However I didn't melt the coconut oil first and it was rather thick.  I foolishly microwaved it a little to see if that loosened it up but it just made it thicker and less glossy. 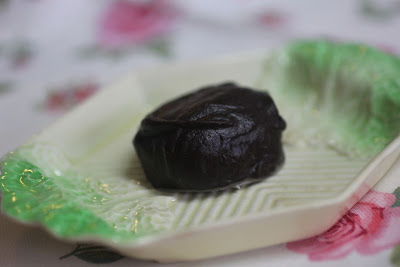 The chocolate still tasted amazing around these patties, or dobbed on top of them as I did with the last two.  By then there was no way I could dip and cover them.  My next challenge is to try the homemade chocolate with melted coconut oil and try it in the chocolate moulds.

As it was, the homemade chocolate was quite thick around the patties but delicious.  I was pleased to give it a three day test (using great self control) and find it was better on the second day than the first because it was firmer and it still tasted great on the third day.

I am sending these chocolates to Elizabeth of Elizabeth's Kitchen Diary for We Should Cocoa.  The theme this month is truffles, chocolates and balls.  I am also sending them to Ricki's Wellness Weekends.

Blend coconut, cashews, maple syrup, peppermint essence and salt   Add the coconut oil and blend briefly until incorporated.  Use your hands to roll into 10-12 small patties, and place on baking paper on a baking tray or plate.  Place in freezer to firm up.

Make chocolate by blending all ingredients until smooth and shiny.  Dip firm peppermint patties in chocolate mixture and place on baking paper.  I left mine to set at room temperature and the 'chocolate' was better the next day.  Our chocolates lasted well in the three days before they were gone.

*Note: you can dip the chocolates in regular melted chocolate rather than making your own chocolate.

On the Stereo:
Collected: Massive Attack
Posted by Johanna GGG at 23:06