Barley, Lentil and Pumpkin Minestrone and the refugee issue 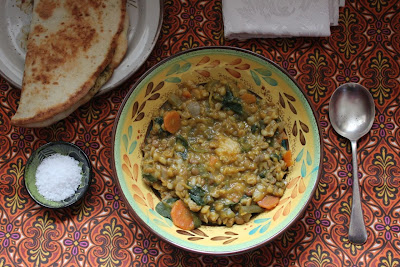 There is a shadow in the above photo.  I tried taking a photo is a different part of my kitchen and the lighting was not right.  I thought I would mention it as I want to talk about a far larger shadow today.  The refugee issue in Australia. 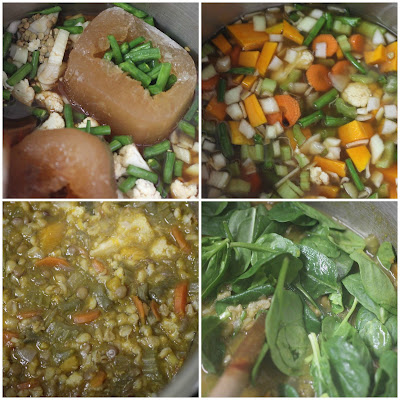 I found some of my old school essays recently.  I had written one about refugees and how hard it is to understand what they are going through.  It made me wander what kids are being taught in school today.  Are they taught compassion?  Are they taught the history of the successive waves of migrants that make our nation?  Are they taught that we are the lucky country (with "boundless plains to share") and should lend a hand to those less fortunate? 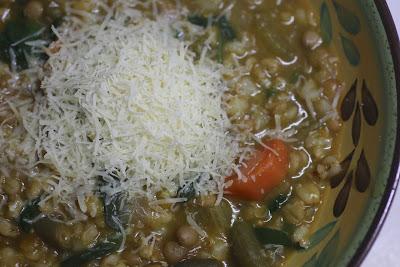 For those not familiar with Australian politics, our Prime Minister Rudd recently announced that all refugee arriving by boat would be processed offshore and if found to be genuine refugees they would be settled in Papua New Guinea.  In fact, I only wish I was no familiar with the vitriolic tone of Australian politics.  Democracy here is like two little boys in the playground egging each other on to see who can be the nastier!  Oh for a polite democracy of checks and balances! 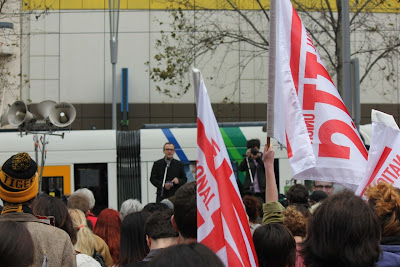 I went to a rally about a week ago to protest against the new policy.  It was a relief to see compassion and passion around me.  I was heartened to be among people who share my disbelief at this policy.  Others who are angry and sad at how we are treating desperate people.  Others who refuse to be filled with fear and loathing by vote-seeking politicians. 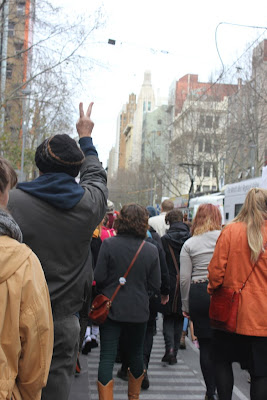 I would love to write in depth about the issue.  However this is a food blog.  So I recommend you read others who are more knowledgeable and articulate on the subject than I will ever be: 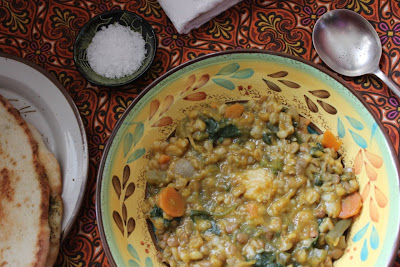 And now that I have given you more reading to do, you wont have much time for cooking.  So I give you a simple stew that only asks you to throw the ingredients in a pot and simmer, stirring occasionally until it is cooked.  Easy.  Delicious.  Great one its own or with a Zaatar pizza.

I am submitting this to  Healthy Vegan Fridays #54, an event run by Gabby @ Veggie Nook, Carrie @ Carrie On Vegan, Katherine @ Green Thickies.

Previously on Green Gourmet Giraffe:
One year ago: Microwave butterscotch pudding with a touch of yellow
Two years ago: Cake pops and some healthy truffles
Three years ago: Nutty fries and other people’s plates
Four years ago: Mexican Rice Soup
Five years ago: Do I dare to cook with one less pear?
Six years ago: Baking cake for climate change

Barley and Lentil Minestrone
Adapted from Apron and Sneakers
serves 4

Place all ingredients into a large stockpot.  Bring to the boil and simmer for 1 to 1 /12 hours.  Check and adjust seasoning.  Serve with a dollop of pesto or some finely grated parmesan cheese, if desired.  We didn't have pesto so I added Worcestershire sauce but pesto would be preferable.

On the Stereo:
This is My Life: Shirley Bassey
Posted by Johanna GGG at 21:56