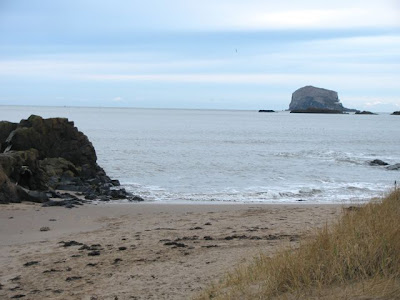 On Tuesday, we put Sylvia into her cosy teddy bear suit again and took the train to chilly North Berwick. Not to be confused with Berwick-upon-Tweed on the border of Scotland and England, North Berwick is a formerly fashionable seaside town east of Edinburgh, which nowadays is prime commuter belt real estate. E visited North Berwick each summer as a child and has fond memories of these day. 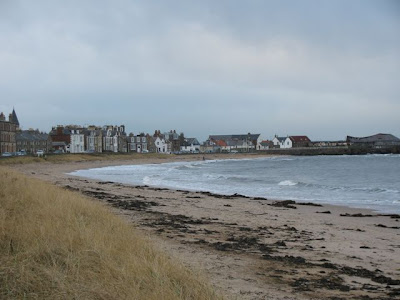 I have been there quite a few times since I met E but rather than playing on rocks and staying in guesthouses, my memories focus on gift shops and marvelling at how different the British seaside looks to our Australian seaside towns. 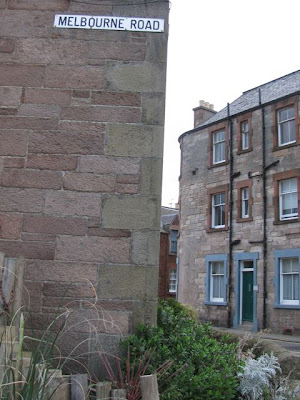 I am also fond of a town that has a Melbourne Place and a Melbourne Road. (NB Edinburgh used to have a Melbourne Place on the corner of the High Street and George IV Bridge but the ugly old 197os building has been replaced with a new hotel and the name seems to have gone.) 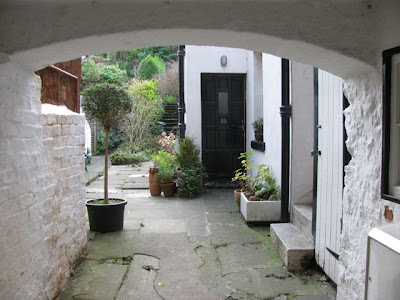 When we arrived we wandered through the town admiring the buildings and browsing in giftshops on the High Street. Unfortunately our first stop at the Westgate Gallery was too early for lunch but my parents-in-law tell us it is a lovely place for a bite. 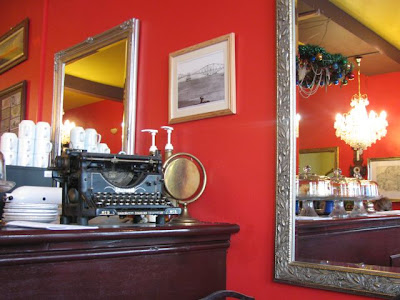 Soon after we were looking for a place to eat and stopped at Tiffany's Tea Room. We were initially attracted by the candles and old sewing machines in the window but inside were impressed by the warm red colour on the walls and the light and space created by the mirrors. A large festive wreath hung in the middle of the ceiling among the chandeliers. 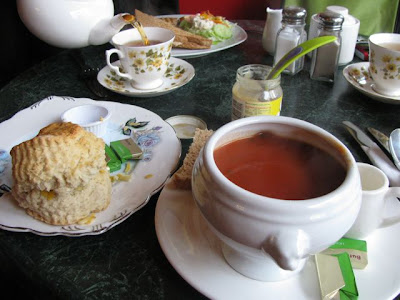 The soup of the day was tomato and basil. I asked if there were cheese scones to have with it. No cheese scones today, only plain or cherry or raisin, I was told. I asked for a plain scone with cheese and the owner looked at me in bemusement but brought out a large warm scone with a little container of grated cheese. The soup was lovely - simple and tasty. It came with a little jug of cream on the side. E had a tuna toastie with salad. 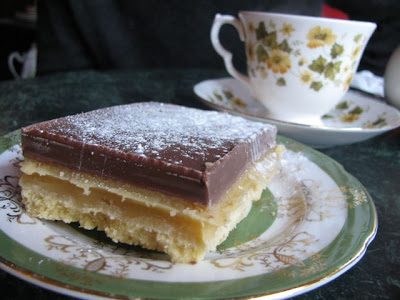 We both ordered a pot of tea. I loved the list of speciality teas with names such a cuddly tummy and apple strudel. I had peppermint and was pleased it was loose tea rather than a tea bag. The tea was poured into elegant floral bone china cups with saucers. We shared a millionaire's shortbread to have for afters. It was a large slab that tasted rather good. E told me it was the nicest he had had for ages and he didn't like Australian millionaire's shortbread any more. 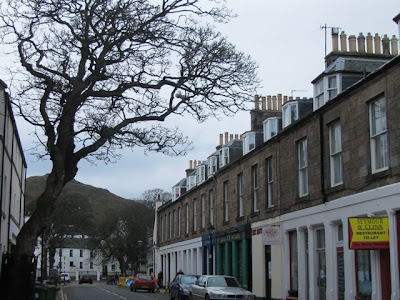 Satisfied with our lunch, we found the baby change room at the very nice public toilets (that even have an attendant there) in Quality Street. The name says it all really! You can view North Berwick Law from this street. This is a hill with whale bones on top of it. I am not sure why but I think it has to do with local maritime history. 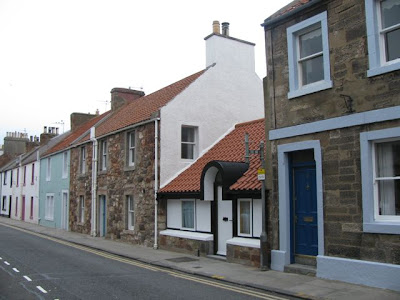 Then we strolled down to the Scottish Seabird Centre. You only have to take a look at a door knocker shaped like an anchor or notice wee Puffin Cottage - it is the small one in the photo - and you feel the presence of the sea without even viewing it. 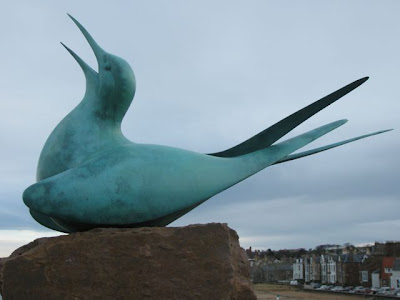 I am not sure I have ever been inside the seabird centre but it has nice tea rooms (again according to my in-laws), a good gift shop and fine sculptures outside such as this one. The harbour is also worth a look. The thought of swimming in the old pool, which is now a carpark, gives me the shivers on a cold day. E found it so cold on Tuesday that his fingers were icy beneath his gloves. My hands were ok without gloves but maybe it was all the snapping away on my camera that kept my fingers warm. 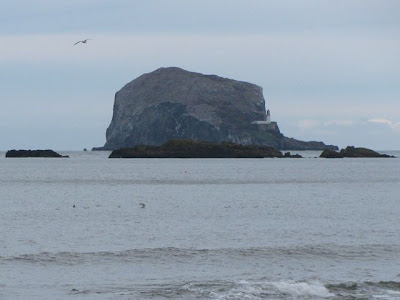 From there, we walked around the beach to E's rocks. They are the ones he loved playing on as a boy. You have a great view of Bass Rock from them, as you can see in the top photo. It is impossible to be in North Berwick and not see Bass Rock. It is so iconic that even if you do not see it from the shore, you will probably see it on a souvenir somewhere in the town. In fact, it is on every postcard that E's family send him when they holiday in North Berwick each summer.