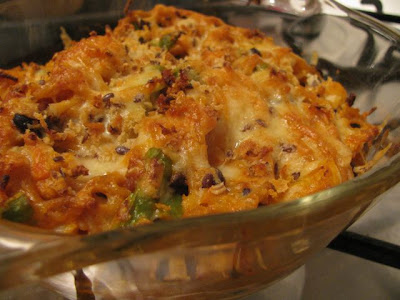 It doesn't take long to build up scraps and pieces in the kitchen that need using. We have tried not to let the kitchen get too full of food that we wont have time to use while we are staying in the Edinburgh apartment. Last week I made a pasta bake out of leftovers and quirky purchases. 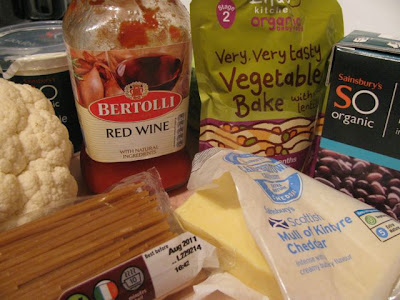 It was fairly easy though I could only find a big salad bowl to mix it in. It was more rich and creamy than necessary but very tasty. I would probably not make it exactly like this again but if I did I would possibly use other vegetables than green beans - maybe mushrooms and broccoli. 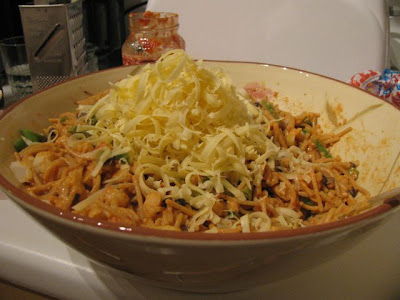 There is not much more to tell you about the pasta bake. I could tell you lots about our holiday if only Sylvia would sleep. We are continuing to have a wonderful time. I am eating well, hardly cooking and enjoying seeing Sylvia playing with her cousins and grandparents. We have caught up with a few friends but not as many as we would like. But I thought I would show you some of the cards from the christening and otherwise to show how generous so many have been with us. 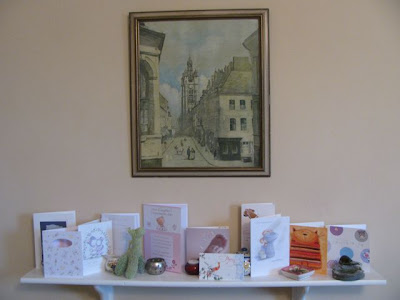 We have also received many presents but I wanted to point out one today. Sylvia's new green giraffe which was not only sent by Lysy of Munchkin Mail but also knitted by her. I am in awe at her 3D knitting skills. Isn't it gorgeous? A big thanks goes out to Lysy. The giraffe is being named Munchkin in her honour! 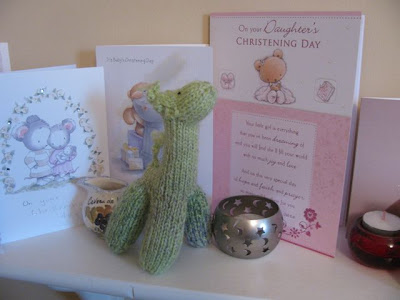 I must go as there are lots of things to do and Sylvia still is not sleeping. We only have a few days to go in Edinburgh but I still have lots of places to write up so stay tuned!

Meanwhile place cream, pasta sauce, baby food, black beans and 100g of cheese in a large bowl and mix. When spaghetti and vegetables are cooked, drain and mix with the sauce in the bowl.

Either set aside remaining cheese and breadcrumbs or stir into pasta mixture. Scrap pasta mixture into a large baking tray (I used a round 23cm baking dish with half the mixture over two nights). Bake for about 25 minutes at 180 C if you have a powerful oven like the one we are using at present.

On the Stereo:
Fourteen Autums and Fifteen Winters: Twilight Sad