Edinburgh: the grim, the cosy and the grumpy 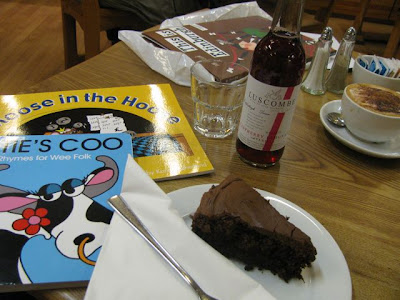 On Thursday we decided to have a stroll along Royal Mile, starting with some lunch. We took the stroller into a cafe we have been to before, looking forward to some haggis, only to be told it is actually a bar with no license for children. I was upset to be barred from pubs because these are some of my favourite places to eat in Edinburgh. We walked the streets in search of a child-friendly place but it was all pubs. (I have since asked in other pubs which seem ok to have children in them for meals.) 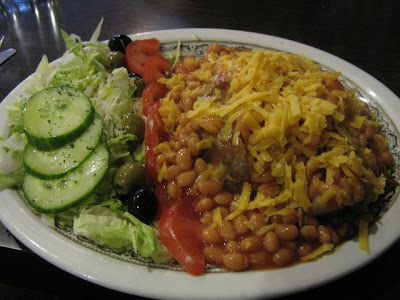 In desperation we finally stopped for lunch at the Rabbie Burns Cafe. E decided it was the grimmest cafe in Scotland. Nae music and nae atmosphere despite copious amounts of tinsel hanging from the ceiling. 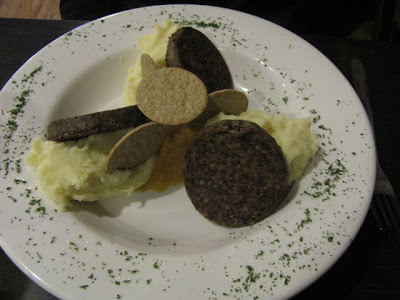 I didn't mind the lack of ambience as much as the lack of vegetarian options. In most British eating establishments I am spoilt for choice. Here I was reduced to a baked potato with cheese and beans. E had his haggis, which was presented in a most unusual way with oatcakes. 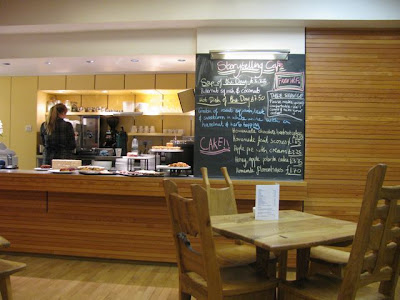 We were close to John Knox's House and decided to have a neb. When E told the man behind the counter that we were now living in Melbourne, he said he missed Edinburgh. Ironically it wasn't until he had left that he really appreciated his home town. Meanwhile, I was cursing cruel fate. If we had just walked a little further I could have eaten at the adjoining cafe. It not only had a cosy warm ambience with interesting wooden tables and chairs, but it also had a delicious-sounding gratin of butternut squash, leek and sweetcorn in white wine with a hazelnut and herb topping . 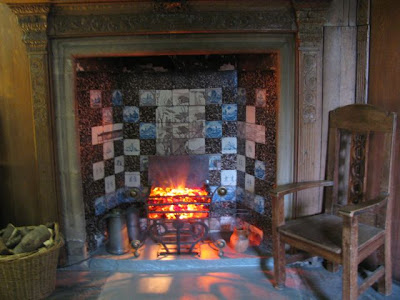 We left our stroller in the ground floor and carried Sylvia up the spiral stone steps to John Knox's house. There were displays about Protestant reformer, John Knox, and James Mosman, goldsmith to Mary Queen of Scots. I didn't have much energy for reading a lot of the storyboards and so left without altering my image of John Knox as a grumpy old man who argued with Mary and was against all fun. 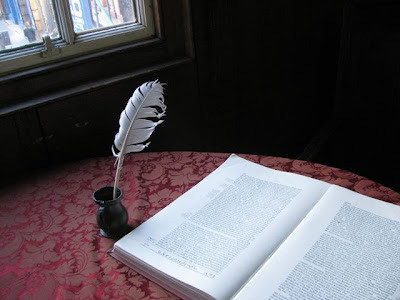 I did, however, enjoy the top room, which gave a sense of how the house might have been in Knox's lifetime. Not only was there a quill and ink bottle that he might have written with but also an invitation to dress up in replicas of the cap and gown he might have worn. No doubt Knox would not have approved of the fun we had with them. 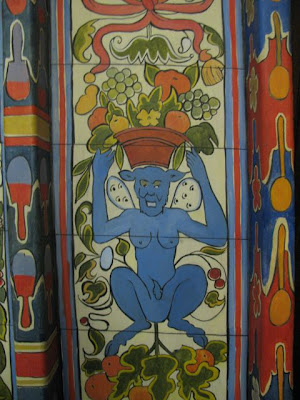 Also of interest was the painted ceiling. It reflected decadent times in Edinburgh and apparently was boarded up as the population became more prudish. I did wonder if it gave an insight into why fruit is not enjoyed more in Scotland. This picture seems to suggest it is the bounty of Beelzebub. 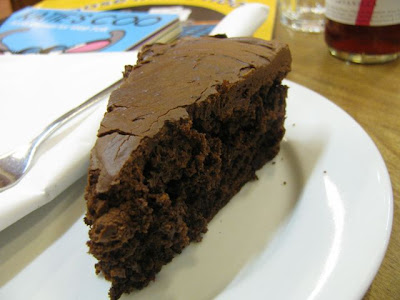 We then returned to the adjoining Scottish Storytelling Centre on the ground floor. The displays of literature are quite interesting with something for everyone from Walter Scott and Peter Pan to Maisie of Morningside and the Gruffalo. Once we had purchased some Scottish books for Sylvia, we had to stop for a cake at the cafe. 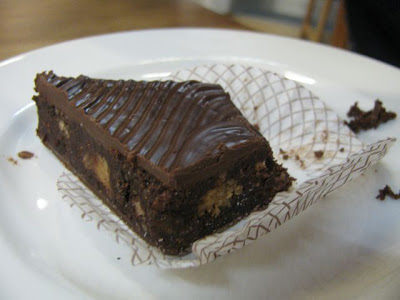 I had a splendid chocolate beetroot cake which was wonderfully fresh and soft with a sweet creamy buttercream icing on top. E had a slice with biscuits and coconut (reminded me a bit of hedgehog). The raspberry and vanilla lemonade was also delicious. The cake display generally looked lovely, and I particularly also liked the look of the honey, apple and polenta cake.

I would love to get back to this cafe before heading home. Unfortunately today we were in the High Street again and saw so many cafes I want to try that I feel we need much more time than we have to visit all these places. I can tell you one thing: life is too short for grim cafes. At least I now know one source of very good cake!