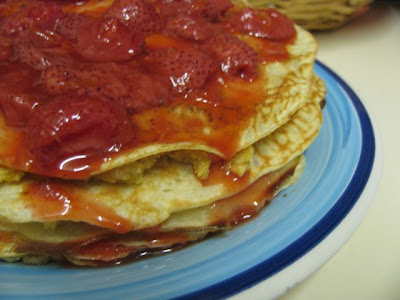 Yet again I come to you with a recipe on the run. By that I mean it is a recipe which evolved opportunistically, rather than following any tried and tested instructions. I had a sweet pumpkin and ricotta sauce that became festive with a dollop of fruit mince and ended up in ravioli, crepes and on muffins.

A chance comment by Cindy many moons again got me thinking it would be fun to do a dessert pasta bake. I have thought about doing canneloni stuffed with pumpkin and ricotta with a custard sauce instead of white sauce and raspberry sauce instead of tomato sauce. It has always seemed like a big undertaking that needs an event to justify it. 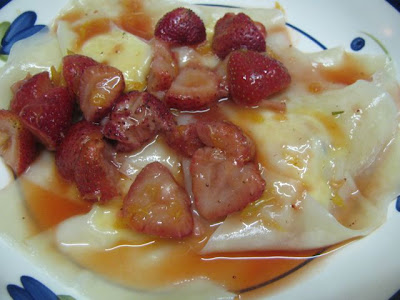 In the past I have had chocolate pasta with raspberry sauce and I have also had my eye on a pasta with sweet orange sauce (like this recipe). So the idea of sweet pasta is not as strange as it might sound. I still would love to do the canneloni but a packet of wonton wrappers on sale and a tub of ricotta lurking in the fridge convinced me to try a sweet ravioli. I usually have pumpkin in the fridge and if I don't I have it on my shopping list. It is a great chameleon as it works in so many recipes. 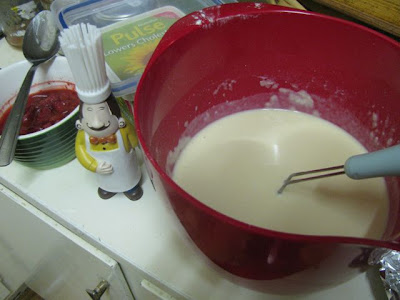 As the due date on the packet of wontons loomed, I decided I must act now rather than miss my opportunity. One rather ordinary weeknight when I was able to summon up a bit of energy I mixed some roasted pumpkin and ricotta with a little icing sugar. It was so runny. If there had been almond meal in the house I might have used that but all I could find was coconut so I added enough to make it more of a paste than a sauce. I had intended to do a raspberry sauce with berries from the freezer but a punnet of strawberries caught my eye. 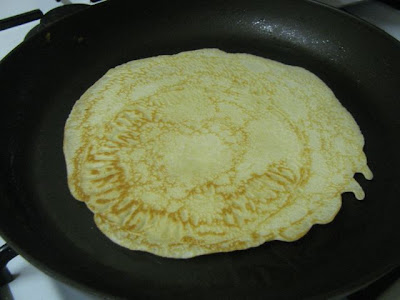 The ravioli was good but felt a little indulgent and we don't have dessert that often so the filling and sauce sat in the fridge for almost a week while we had too many Christmas treats to justify making dessert. Meanwhile the wonton wrappers were used up in my mushroom and walnut ravioli. 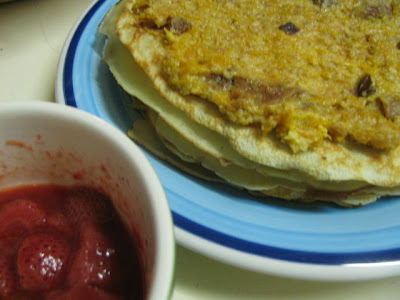 After Christmas, I tasted the filling and sauce and found they were still edible. Fearing that if I left them much longer they would only be fit for the bin, I decided I must use them up. The only way I could think to use them was in pancakes. Now I don't make pancakes often enough and when I do they are usually thick and fluffy. But this filling needed wafer thin crepes. Crepes scare me. They seem so delicate that they will tear easily. Surprisingly the crepes recipe I found worked wonderfully.

I decided to put some of my remaining fig and walnut fruit mince in the pumpkin and ricotta mixture. It seemed just right. But if you don't have mince and want to try this outside the festive season, then some dried fruit, booze and nuts would do the trick. I also fancy trying this with ground almonds instead of coconut and choc chips instead of dried fruit. 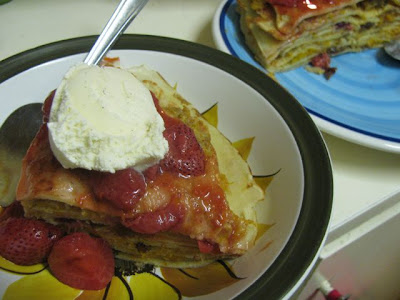 It almost seemed like a dinner party dessert because it was far more fancy than I usually do for E and me. But it tasted so good that it was hard to stop at one piece. Having said that, a large piece with ice cream was rather filling and it was great warmed up the next night (or even worked as a tiny slice had cold for breakfast). I still had some leftover filling and had this on toasted fruit and spice muffins with a drizzle of maple syrup. 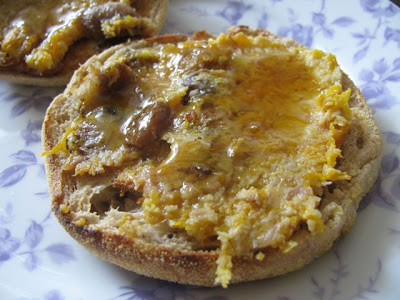 There are three dishes here but my favourite was the sweet stack of crepes. It looked impressive and tasted delicious. My notes below are just a work in progress but I hope to revisit and develop the idea. If it helps you with some dessert ideas too, then I will be delighted.

Crepes:
(From The Essential Dessert Cookbook)

To make the filling: Mix all ingredients together to make a thick paste. Check for desired consistency and sweetness. You can add more icing sugar or coconut or almonds if needed. Keeps in fridge for at least a week if you want to make it ahead or use it over a few nights.

To make the sauce: Place all ingredients in a small saucepan and bring to boil. Simmer for about 5 minutes until strawberries are soft and the mixture becomes a bit syrupy, stirring occasionally. Mine became more syrupy by leaving them in the fridge for 6 days but that is optional.

To make crepes: Whisk together eggs and milk in a small bowl. Place flour in a large bowl and gradually whisk in egg and mix mixture. Add butter. Leave to stand for about 30 minutes.

To cook crepes: Heat a non-stick frypan over medium heat and use a silicone pastry brush to smear with a little melted butter. Pour in ¼ cup of batter and gently but quickly tip frypan around so the batter spreads out into a thin circle. Fry for 30 seconds or until you see the corners start to curl up. You will know it is ready to flip if the underside is had a lacy golden brown pattern. Flip over and cook another 30 seconds or so. You will find that the second side gets a few brown spots but is mostly pale. Stack on a plate covered in foil while you cook remaining crepes.

To assemble: Place a crepe on a serving plate. Spread with a dessertspoonful or two of warm filling. Don’t spread it too thick as you have many crepes to go. Repeat with crepes and filling until you have the last crepe on top (I made 8 crepes but the recipe said it made 12). Spread top with warm strawberry orange sauce and allow to drizzle down sides. Serve in wedges.

Alternatively you can use the filling for making ravioli in wonton wrappers like I did here and using the strawberry orange sauce as the pasta sauce. You could also fill and fold individual crepes rather than stacking them. If you have any filling leftover it is good on fruit toast with maple syrup.

On the Stereo:
Under the Covers, vol II: Matthew Sweet and Susanna Hoffs
Posted by Johanna GGG at 00:32