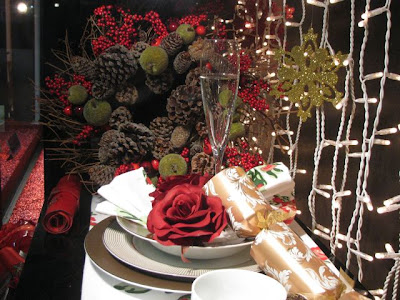 Now that I have completed all my Edinburgh posts on the places we visited and the recipes while on holiday in Scotland, I will finish up with some miscellaneous foodie photos.

Above is a photo of a festive window display at the House of Fraser on the West End of Princes Street. As I have said before, I love the Christmas displays in Edinburgh. 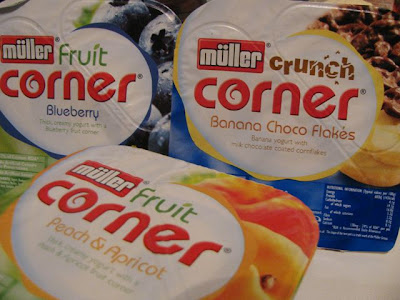 When I lived in Scotland I had a weakness for Mueller's fruit corners. E then introduced me to the crunch corners. They are pots of yoghurts with little corners of a separate fruit puree or chocolate covered cereal that can be mixed in. It's a gimmick but a fun one and they do taste good. I was delighted to be reunited with them at 3 for 99p in Sainsbury's supermarket, though I never found the gooseberry ones I was partial to. They are great with Alpen swiss cereal for breakfast. 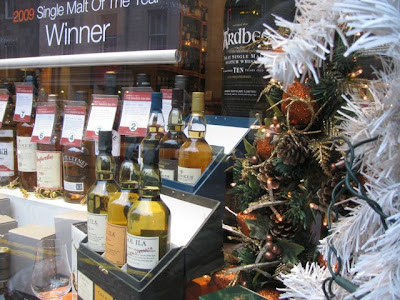 This is a window display on the whisky shop in Victoria Street. I am not a whisky drinker but when I see displays like this I wish I could enjoy a wee dram of a good malt whisky. 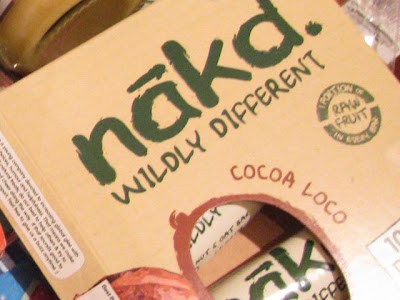 Only recently have I discovered imported American Lara Bars in Melbourne. They are a healthier alternative to a chocolate bar with dates, nuts and other flavours. So I was quite excited to find a similar sort of bar in the UK. Delicious! 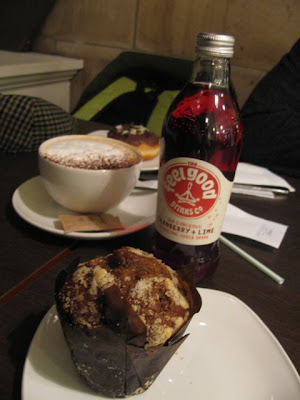 Debenhams Department Store has a cafe with a view on the fourth floor. It was called Style Cafe which E thought a silly name because it didn't say what sort of style. I had a Treacle Toffee Muffins with bits of toffee and apple through it. This was a soft muffin with lots of flavour that I loved. 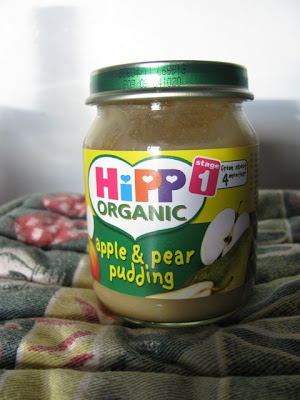 It was a bit of a challenge travelling with a baby but Sylvia behaved well. When we were out she ate and slept in her stroller. This apple and pear pudding was one of her favourites. I often fed it to her at lunchtimes because I knew she wouldn't make a fuss about eating it. But I am glad to be home and giving her fresh food again. 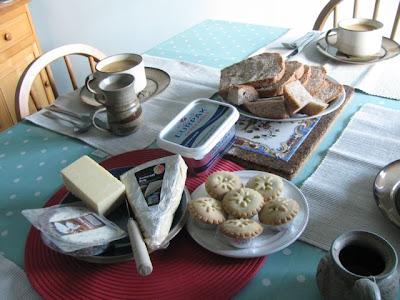 Not technically Edinburgh food. This is the lunch table when we visited E's friends, John and Morag and girls who live in nearby Roslin. They had remembered I was vegetarian and had a lovely spread of soup, bread and cheese. We brought along some mince tarts because 'tis the season to indulge in such delights. 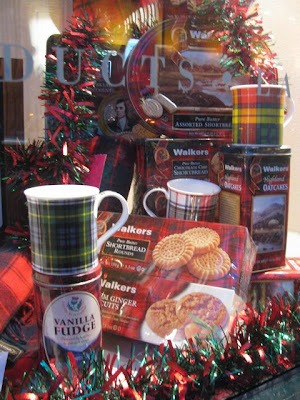 Another window display. This was typical of a tartan tat shop with oodles of tartan (of course), fudge and shortbread. You know you are in Scotland when you see such a shop. 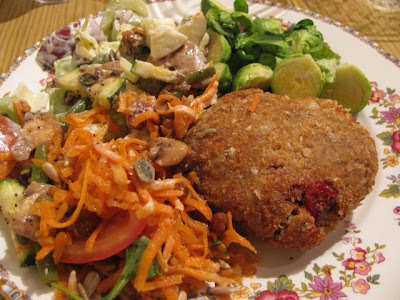 When I visited Henderson's on Hanover Street with Yarrow and Mindy, I bought nut and cranberry burgers and some salads to take home for dinner. A very satisfying meal. I added some brussels sprouts. 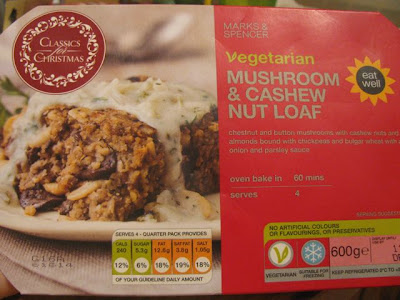 In my last few days I looked for a nut roast in Marks and Spencers Food Hall. They gladly obliged. There is not much you can't find there wrapped in plastic and cardboard with oven and microwave instructions. While I prefer a home made nut roast I wish I could buy one in Melbourne if I didn't feel like making my own. 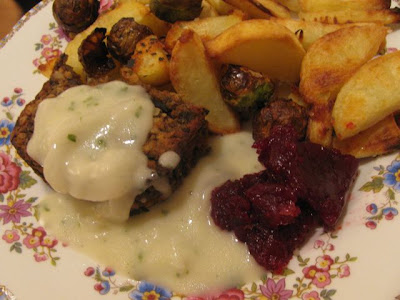 The M&S nut roast was very nice with whisky sauce and cranberry sauce. I roasted the vegetables leftover from our Christmas dinner. I cut the potato and parsnips as chips so they would cook quicker because, as usual, I was late with dinner. I had been determined to make a proper dinner on our last night because I know I would be eating rubbish on the plane. 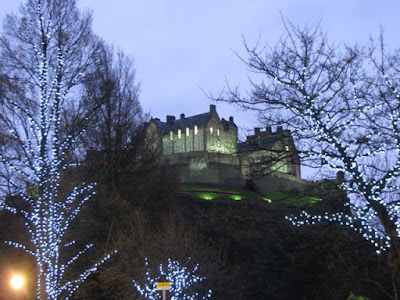 Not food but I can't resist one more photo of Edinburgh Castle. I was quite excited that my camera was far more effective at taking photos at night than my previous cameras. This is a view from Princes Street. By the time we left, the work on the tram tracks along Princes Street were finished but there were no signs of trams. 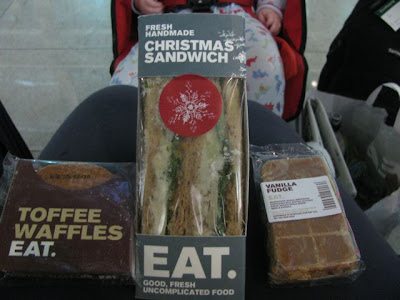 At the airport we were running late so I used the last of our British pounds and pence to buy snacks for the plane because on the way over I didn't have enough to eat. I have a particular dislike of prepackaged sandwiches but I was desperate. We did appreciate the spiced pear and stilton sandwiches when we stopped at Dubai briefly. Though if I had had time, I would have loved to have tried the Ben and Jerry's ice cream vending machine at Glasgow Airport.

At the end of the trip we felt we had done so much and yet we still had a long wishlist of things not done. At the top of our list of regrets was not being able to catch up with as many people as we had hoped to. We never had a proper browse in John Lewis, Next and Jenners stores, which we had enjoyed visiting when we lived in Edinburgh. We didn't get to look around the West End, near where we had lived, to see the changes. There were museums, galleries and other sights we didn't see such as the Museum of Childhood and the Royal Museum of Scotland (which is closed til 2011).

As for eating, there are many places to eat in Edinburgh that I didn't get to visit, some that I have been to before and others I would like to try:
But mustn't grumble. We had a wonderful visit. We ate well, saw many fascinating places and, best of all, just loved being able to spend time with E's family. I hope it wont be too long til we are there again.
Posted by Johanna GGG at 10:06