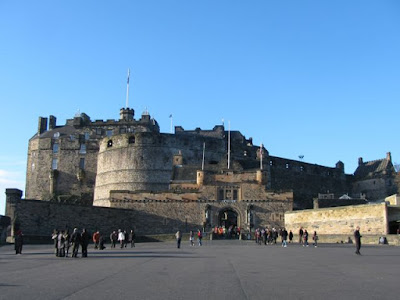 On 30 November we queued to enter Edinburgh Castle and were delighted to find entry was free because it was St Andrew's Day. When I first visited the Castle I had a fairy tale notion of a castle as one building and was quite surprised to find it is actually a complex of buildings more akin to a small village. A few visits later, I enjoy wandering about the buildings and exploring the many layers of history. 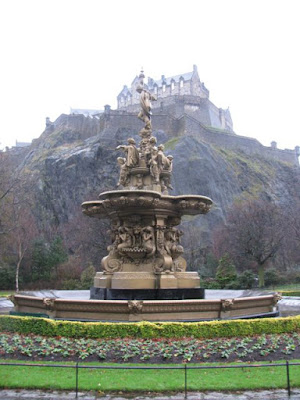 This is the best place for views of Edinburgh. The Castle is visible from many points in Edinburgh and building regulations have done well in keeping it as one of the tallest buildings in the city centre. Even the flat we lived in before we left Edinburgh had a wonderful view of the Castle. I always loved seeing the sheer cliffs upon which it was built. 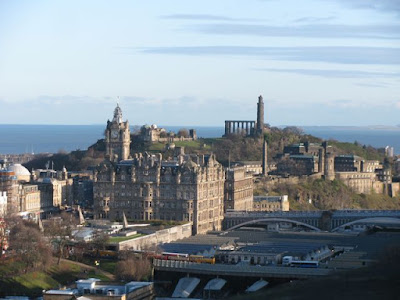 We were lucky to be there on a clear day and could see far out to the Kingdom of Fife across the Firth of Forth. Here is the view of Calton Hill and Waverley Train Station. 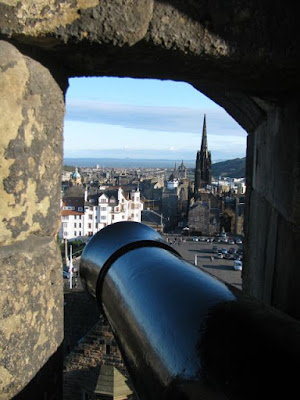 The castle is heavily armed with cannons that would have fired upon any invading enemies. 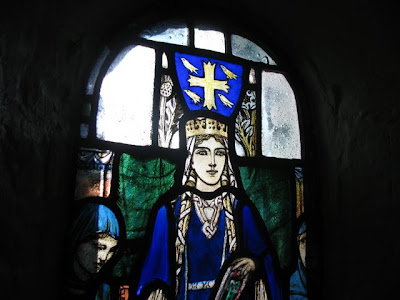 The oldest building in the complex is St Margaret's Chapel. This tiny building dates back to the twelfth century. It has beautiful stained glass windows and very little room for weddings, which as you can imagine are very popular. 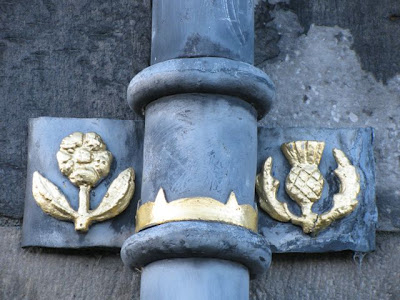 I love all the little details around the castle. E laughed at the sign for the New Barracks which were built in 1796-1799. He commented on how ideas of old and new are different in Scotland to those in Australia. Here is a close up of the detail on ye olde drainpipes. I wish we had drainpipes like this in Australia! 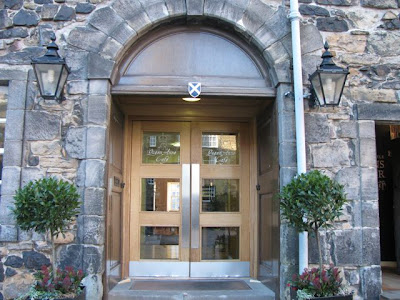 We visited the war memorial where Sylvia's happy laugh rang out loudly. Coming out into the Crown Square we decided it was time for lunch and ignored the Crown Jewels in favour of the Queen Anne Cafe. 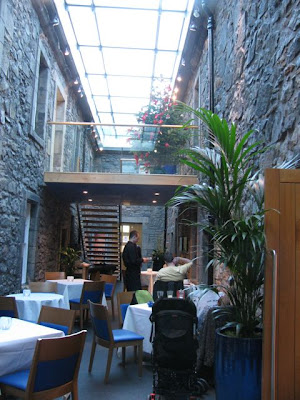 We were seated in an area that was once a narrow outdoor path between buildings. It is now a warm enclosed area. A large skylight ceiling makes it feel light and airy despite the grey old stone walls. A Christmas tree in the walkway adds some festive colour to the area. 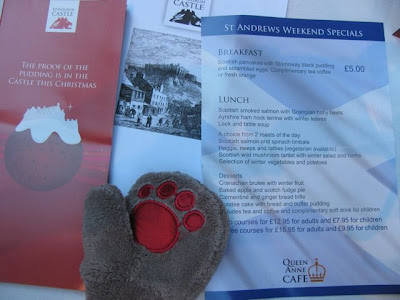 We had a variety of menus to choose from - the carvery, the Christmas or the cafe. We still hadn't had any haggis so we both chose to have the carvery menu so we could have haggis, neeps and tatties. (That is one of Sylvia's mittens, which she wore while walking around the castle because it was so cold. Putting the mittens on her took enough energy to warm anyone!) 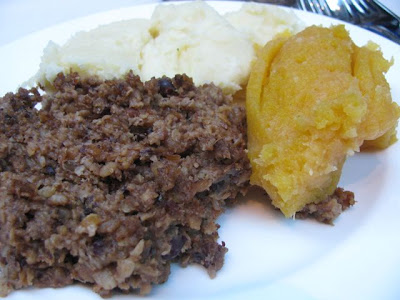 My vegetarian haggis was so peppery that it was hard to taste it properly but I enjoyed it with the sweet neeps (turnips to a Scot and swede or rutabaga to others) and creamy tatties (or potato). The potato had sat a bit long in the bain marie but was still nice as part of the meal. 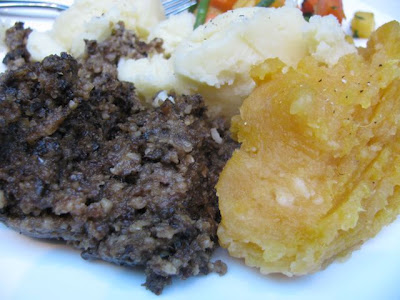 I took a photo of E's meat haggis to show how similar the carnivore and vegetarian versions are. I did see the beans in mine so it was possible to tell them apart. 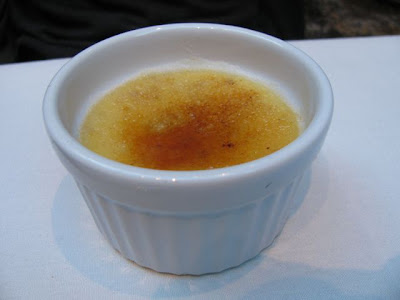 For dessert E had the cranachan brulee with winter fruit. He thought it superb. I had a taste and it was indeed very creamy and nicely flavoured. 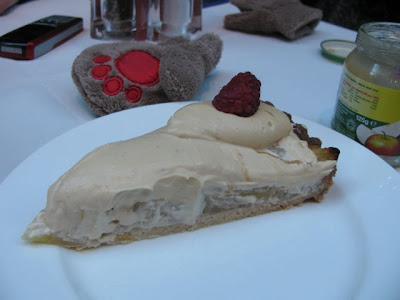 I was tempted by the clementine and gingerbread trifle but instead chose the baked apple and scotch fudge pie. It was a cold apple pie topped with a toffee flavoured cream. It was a bit cold for my liking but I enjoyed the creamy topping even if it wasn't quite as dense as I had expected of fudge in a pie.

You will see Sylvia's paws again in the photo. These mittens went very well with her cosy teddy bear suit that she wore around the castle. Her Scottish Gran had bought her a couple of warm suits because Scotland is indeed colder than a Melbourne winter, especially on the castle ramparts. We walked out of the cafe back into the cold air, pleased to have had haggis at the Castle on St Andrew's Day.