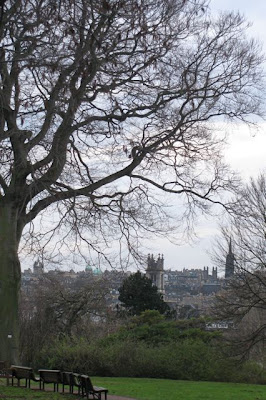 On a grey cold day, we headed to the Royal Botanic Gardens for our last outing in Edinburgh. It was the last of E's wishlist of places to see. He had spent quite some time here in his youth and wanted to show me just how different it is to Melbourne's Botanic Gardens. Established in 1670, it is much smaller and more European. Visiting in winter, we missed the colourful bloom of flowers but were treated to the spooky tangle of naked branches on old trees. 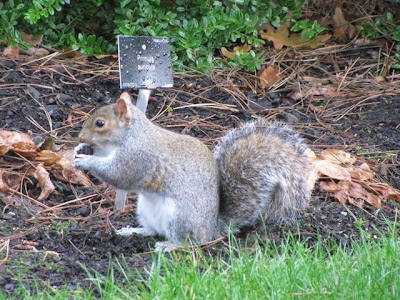 One advantage of winter was the there was less foliage for the squirrels to hide amongst. E loves the furry wee rascals and we spotted many scampering throug the trees. 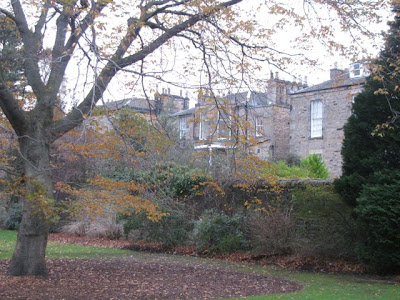 Winter also gives a better view of the grand old grey stone houses with backyards bordering onto the gardens. These houses give the gardens a particularly Scottish feel. 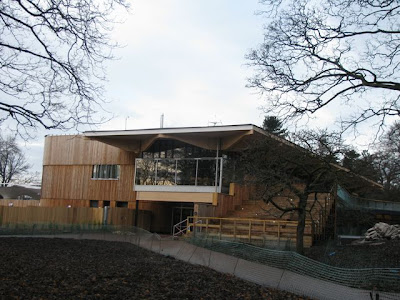 Our plan was to eat lunch upon arriving. E was interested to check out the cafe at the new John Hope Gateway. It is a shiny modern centre with a great gift shop but E decided the cafe was too pretentious. 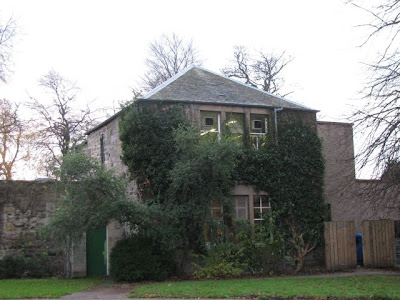 Instead he led us us to the old Terrace Cafe which blends seamlessly into the garden landscape. It had a fine outdoor view of the old town (as you can see in the photo at the top) but it was too cold and we went inside to sit beside the Christmas Tree. 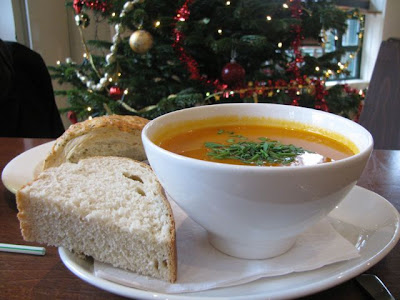 It is less fancy, less heated and less expensive. Food is ordered at the counter, cafeteria-style. E enjoyed his hearty beef stew with dumplings. I chose the pumpkin soup and a cheese scone on the side. The soup was very simple and refreshing. I liked the little container of self-serve chives. My cheese scone was ok but I had nicer ones elsewhere on the trip. 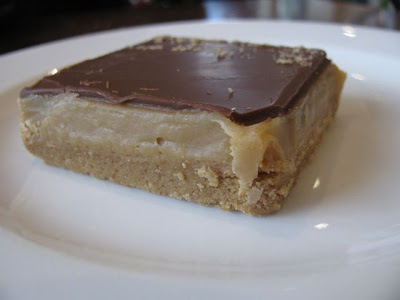 We shared a millionaire shortbread to finish lunch but it was rather sweet and not as nice as the one at North Berwick. E thought it was great. 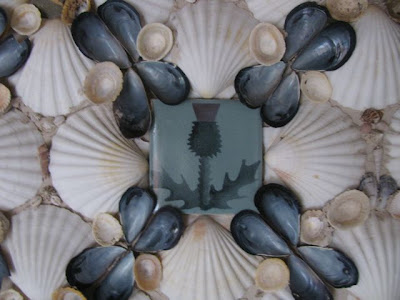 After lunch we headed off to wander about. We walked through the dormant Queen Mother's Garden. I liked the shell and pine cone patterns inside a little hut. 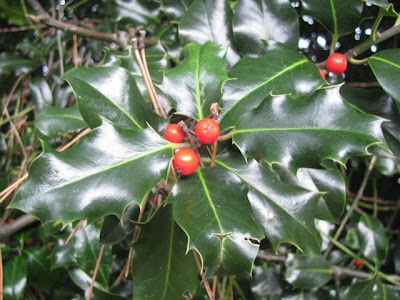 We walked past large hedges. I was particularly taken with the holly hedges, something I have never seen before. The idea of holly in season at Christmas seems very romantic compared to the plastic type we find in Australia. 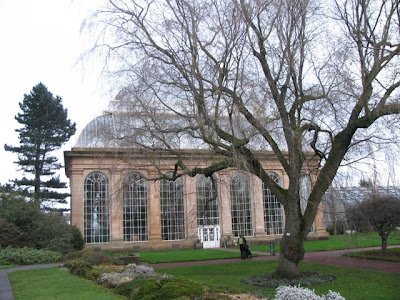 Then we headed off to the Glasshouses, which are a feature of the gardens. I love the grand building and imagine before travel was so easy that it was a real thrill for the people of Edinburgh to visit exotic warm climate plants here. No doubt it is still fascinating for many people. 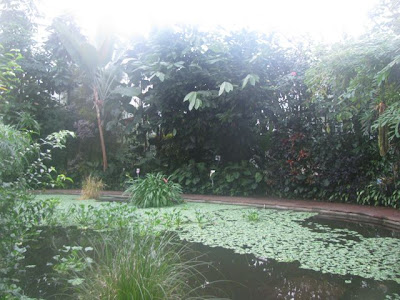 E pointed out the lily pond where many bands took promotional photos. He had even posed for a photo or two there as a young musician. There were no lilies at this time of year and E was most displeased to go below to the viewing window and find the water too murky to see anything. It wasn't like this when I used to come here, he harrumphed. 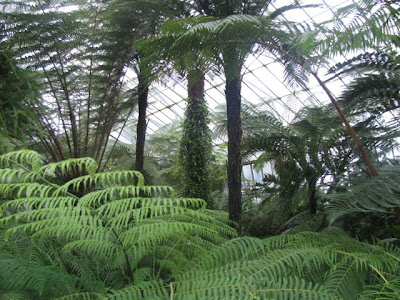 I loved the fernery. The lacy tree ferns made me feel a pang for my childhood walks around the Otways back in Australia. 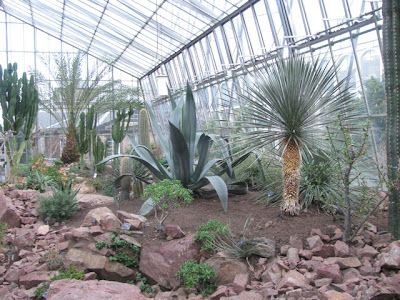 I also liked the arid desert display which was so unlike any vegetation that you would see in Edinburgh.

It took us a while to walk through the different glasshouses and I was glad to leave because walking in and out of the warm glasshouses into the cold outdoors can't be good for the health. But they were interesting viewing. 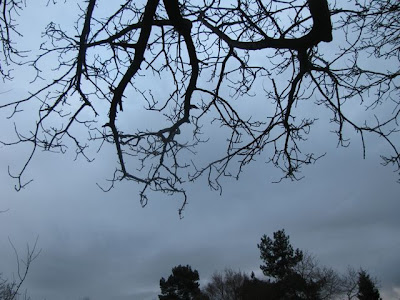 By that time it was about 3.30pm and the gardens were to be 'cleared' at 3.45pm on the day we visited because they were not open in the dark: it got dark at about 4pm. So we headed for the gate and gathered at the bus stop with others who had spent an afternoon at the Botanics.