Ramblers at the Castle in Peebles 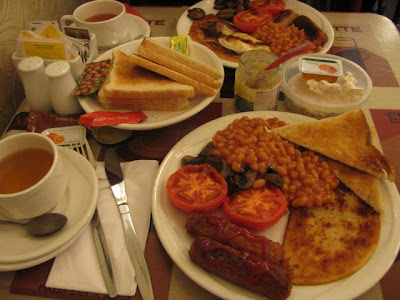 On Wednesday we headed down to Peebles where E's parents had lived for almost a decade. It was where we stayed on our last visit to Scotland a few years ago. 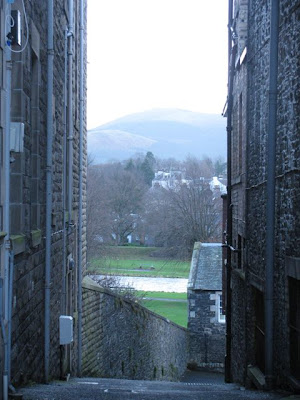 For those who don't know it, Peebles is located on the River Tweed among the rolling hills of the Borders only about an hour from Edinburgh. It is a pretty town that has become popular with tourists and commuters. 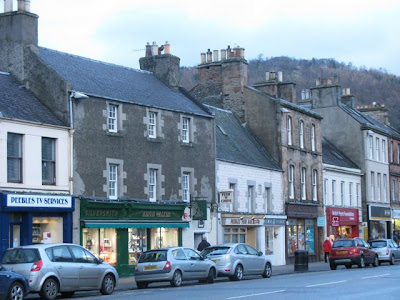 On the day we were there it was raining cats and dogs but we fortunately borrowed an umbrella from the family friend we were visiting. We also visited quite a few charity shops and gift shops. Unfortunately the new British Heart Foundation charity shop didn't open til yesterday so we missed browsing in there. I imagine there was a stampede when the doors openeed!

I took this photo of the three salmon, which is the symbol of Peebles that can be seen around the town and on the coat of arms of the Burgh of Peebles. The motto translates as Against the Stream They Multiply and refers to salmon in the River Tweed. Peebles has lots of interesting traditions. One that amuses me is the reference to those born in Peebles as Gutterbluids. Those who aren't are known as Stoorifits. 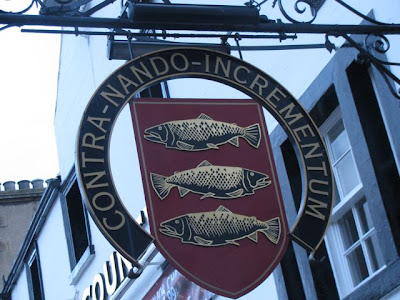 With all the rain and cold, we were in need of warming food. E's family had a soft spot for the Castle Warehouse, which sells a great range of kitchenware, clothes and gifts. We were down that end of town and decided to have lunch at Ramblers Cafe which is located in the shop.

It has a no strollers policy but we parked ours outside and put Sylvia in a highchair. The menu had sandwiches, soup and a specials board had a wild mushroom risotto that sounded interesting. We both chose the Vegetarian Breakfast. You can see in the photo at the top that it is a substantial meal of vegetarian sausages, fried tomatoes, fried mushrooms, baked beans, fried potato scones, toast, tea and marmalade. (The baby food was not included - we brought it with us for Sylvia.) I opted not to have the egg and was impressed that they asked if I wanted extra sausages instead. I asked for a few more beans. Many places aren't so generous when I ask for no egg. 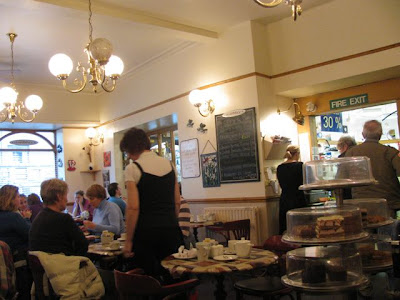 When the waitresses brought over our plates, they were so hot that cloths were needed to hold them. Before setting the plates down they thoughtfully dragged Sylvia's high chair back so she couldn't reach the hot plates. I really enjoyed my meal. In the last post a few people commented that I should find a good bakery. While I agree the Greggs chain of bakeries is nothing fancy, I had trouble finding the nice sourdough bread that I love when I last lived in Edinburgh but I did grow to appreciate a good fry-up. 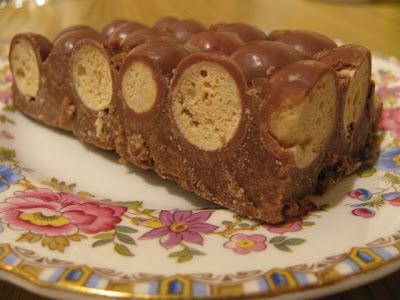 I had been eying off the great selection of slices and desserts. The apple toffee brioche on the specials board particularly took my fancy. But I was too full. So I was quite pleased when we got home and E produced a piece of malteser slice that he had purchased when he paid the bill. We had some with our cup of tea after dinner. I enjoyed it but wasn't as impressed as E was. But I do love how pretty it looks.