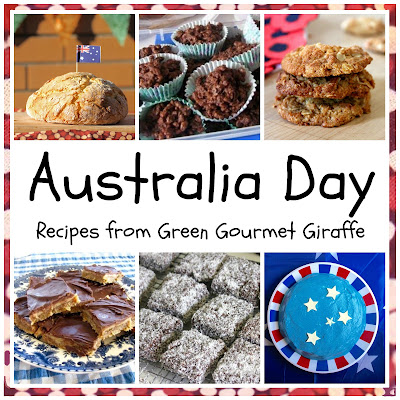 Australia Day on 26 January is almost upon us.  Whether you are celebrating settlement or commiserating on invasion (it is a day full of political opinion as much as parades and bbqs), I hope you will be eating good food.

Today for Australia Day I share some iconic Australian recipes, and recipes using iconic Australian food.  It has been hard to narrow down so many favourite recipes so I have tried to only include quintessentially Aussie food, rather than recipes of my family. Here they are (clockwise from top left): 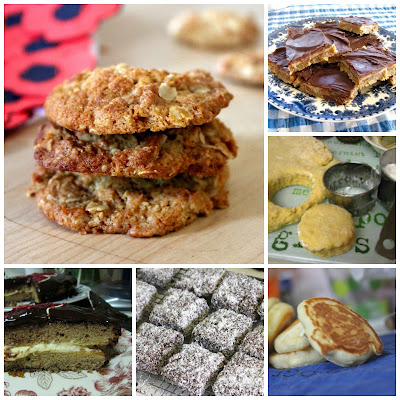 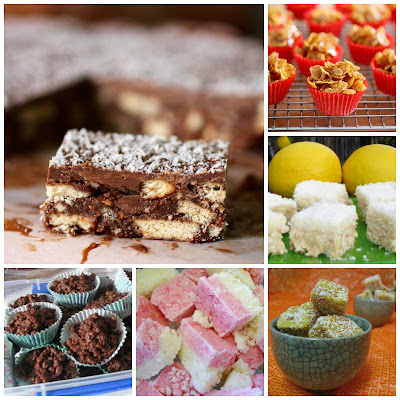 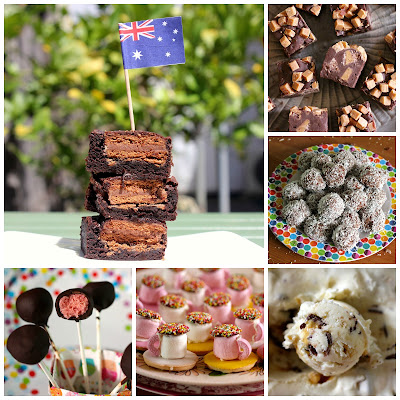 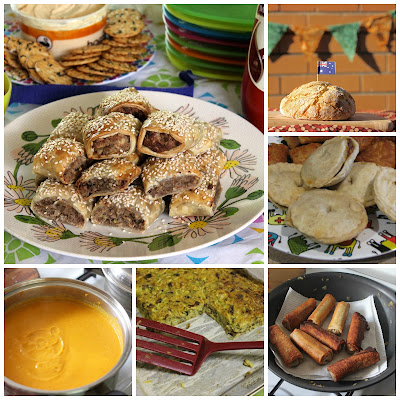 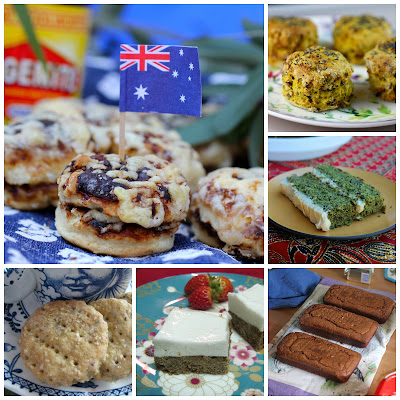 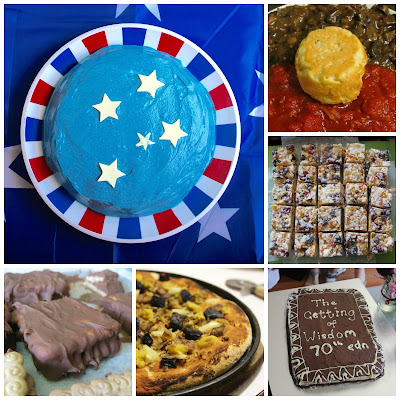 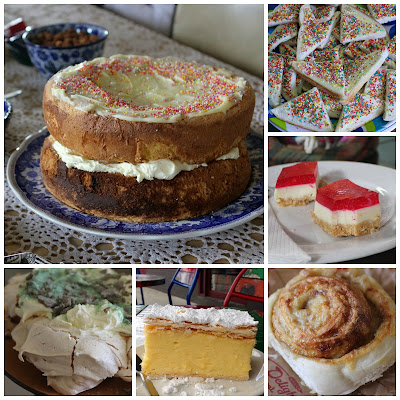 Classic Australian recipes I hope to blog one day
So now I am pretty amazed at how many Aussie recipes I have produced here.  Cultural cringe makes us Aussies believe we have little to offer the rest of the world but it aint true.  And I haven't even started on other favourites like coffee scrolls, jelly cakes, peach melba.  Check out my Australia Day Pinterest board for more ideas.  Whether commiserating or celebrating, I hope you are finding some Australian food for our national day.

NOTES: For American readers, when we say "biscuit" it is like your cookie.  Our slices are similar to American bars.  Rice bubbles are known as rice krispies elsewhere.  It is confusing but Google will mostly help out.
Posted by Johanna GGG at 00:30