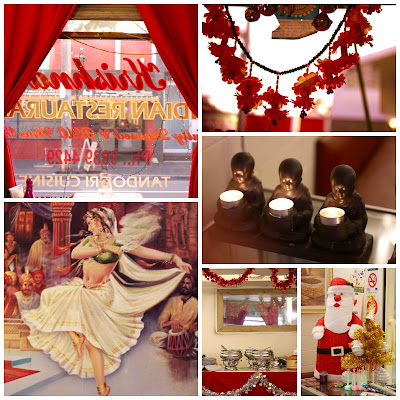 I have heard a lot of good feedback about Krishna Indian Restaurant in Footscray and was very excited to go along to a vegan buffet there just before Christmas.  The restaurant (which is Krishna Indian Restaurant on the window, Krisha Pait Pooja on the website and Krishna on Barkly on the Facebook page) has been around for a couple of decades but only last year did it decide to become fully vegetarian with lots of vegan and gluten free options clearly marked on the menu. 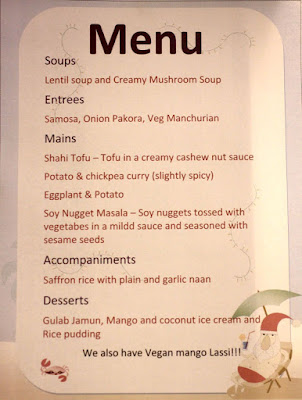 In the week before Christmas, Krishna Indian Restaurant offered a vegan buffet for a week.  Above is the menu on the night we went.  For $28 per person it was excellent value and the food was delicious.  I loved being able to have lots of small dishes.   It was also interesting to go with a group and see that everyone had different preferences. 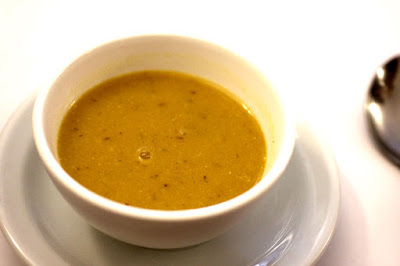 First up we had a Lentil soup.  I love lentils so this was very pleasing.  It was quite thin but tasty and a light start to the meal. 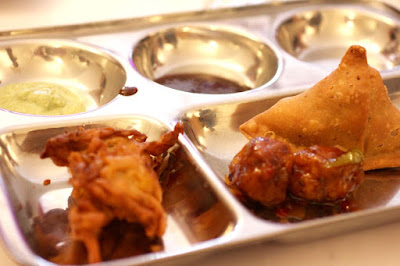 For Entrees we had Samosa, Onion Pakora and Veg Manchurian.  I could have stopped right here and just kept going back for more.  The samosa was perfect triangles of fried filled pastry with a sweet and very spicy dipping sauce.  The manchurian were wonderful - dumplings in a sweet and spicy sauce.  The onion pakora was crisp and delicious.  I regretted not going back for more of all of these but I did want to keep going through the whole menu. 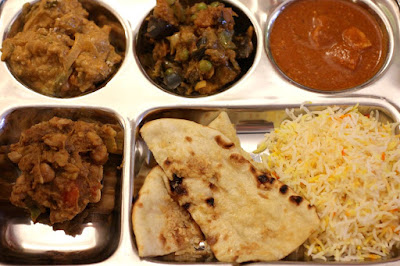 The main course had lots of curries to taste.  I was very excited by the sound of the Shahi Tofu (Tofu in a creamy cashew nut sauce) [top right] and surprised to find that the sauce was not quite as creamy as I expected.  It was more tomatoey than creamy and I loved it but wished I had asked for more tofu chunks.  Top left is the Soy Nugget Masala which was my least favourite.  I enjoyed the creamy sauce but the chunks were a bit too mock meat, which is just not my thing.

In the middle right is the Eggplant and Potato Curry and bottom left is the Potato and Chickpea Curry.  These dishes made less impact on me.  I enjoyed them but just as part of the mix rather than as stand out dishes.  It is great to go out with a group but I find that I get caught up in conversation at times rather than focusing on the food.  A couple of the dishes were a bit spicy but generally it was not too spicy for me, which was a relief as I don't eat lots of spicy food.

The curries were accompanied by Garlic Naan and Saffron Rice.  Both were very very good.  I also tasted some of the Gluten Free Naan which was lovely though a bit less chewy and tasted like it had besan in it.  When we were quite full, the owners brought around Kashmiri Naan.  I am very partial to this flatbread stuffed with nuts and dried fruit.  How could I refuse!  It was excellent.  Hot and buttery straight from pan with that wonderful sweet nutty filling.  Is it any wonder that I was too busy scoffing it to take a photo. 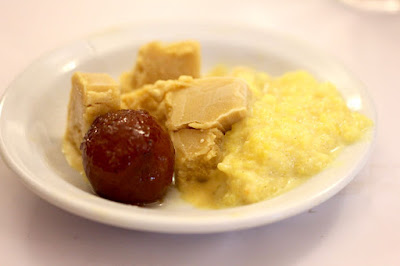 I had decided beforehand that I would not have dessert.  I've never been very interested in Indian sweets.  But somehow I found myself taking a bowl of dessert.  Perhaps it was curiosity.  And indeed I was glad I did.  The vegan Gulab Jaman was amazing.  It wasn't as sweet as when I have tasted it before and had all the comfort of a good pudding.  I was not so interested in the Rice Pudding but was very surprised to find that I really enjoyed the Mango and Coconut Ice Cream.  Despite not liking mangos or being much of an ice cream person, I found I could not stop eating the ice cream.

By the end of the meal I was well and truly stuffed, but with such good food.  It was a really lovely night out.  Great to catch up with some of the lovely bloggers that it has been wonderful seeing online and offline this year.  And the family that runs Krishna is so friendly and welcoming.  We had a chat about making our own yoghurt and sourdough and the owners gave us little Christmas gifts.  Check out Veganopoulous and Where's the Beef to see more about the regular Krishna menu.  I am looking forward to returning there soon.