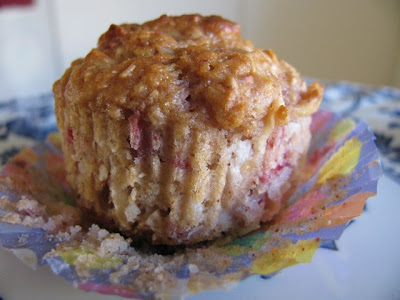 Today I had a friend from work coming over. I was all prepared for her to visit in the afternoon. I had planned to bake for her but I needed to buy ingredients I was short on. Then I checked my emails and found I had not read her last email properly about her coming in the morning instead of the afternoon. She was to be here in about an hour. I shot into the shower and then I baked some muffins based on what was in the house.

I never even looked at a recipe but just threw in what was about. I was quite pleased with the results given that I had no cookbook propped up anywhere or note from the net to help me. The end of the box of raspberries from the freezer, an apple and some shredded coconut were the main players. The muffins weren’t too sweet but full of chunky texture and fruity flavour. 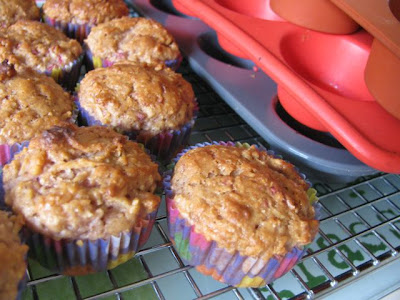 When Penny arrived I was dressing Sylvia and so she went into the kitchen, turned on the kettle and sniffed at the muffins with pleasure. We had a cuppa, and a plate of muffins while we caught up and Sylvia played on the rug. You just have to look at my photo of the plate when she left to see that my muffins were appreciated. They were very small so we had to have a few! 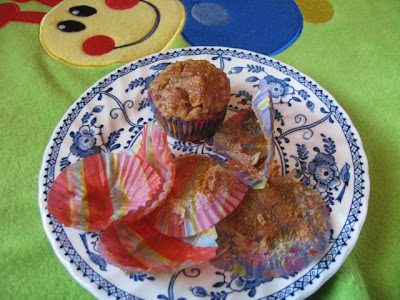 Mix dry ingredients and wet ingredients separately and then mix together till just combined. (If you want the raspberries to stay whole then stir these in last - I didn't as I was hurrying and not thinking.) Spoon into prepared muffin pans and bake at 180 C for about 25 minutes til a skewer comes out cleanly. Cool on a wire rack.