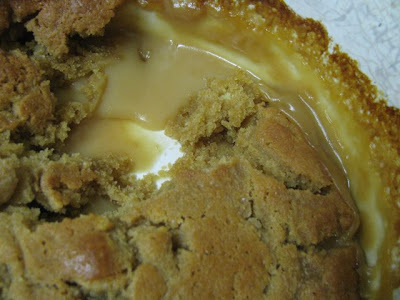 When I made butterscotch surprise cake a few months back, E was delighted. It was just his sort of thing. But the only surprise wasn’t in the soft sweet creamy butterscotch filling. It was also that E started to complain that no one made him butterscotch baked goods. Huh! I never bake anything with butterscotch and he doesn’t seem to mind but when I do he says I don’t do it enough.

I think it is a case of being easily distracted when it is not right in your face. After all, he likes lots of other things. But late at night a few weeks back after I made the chocolate mug cake, I was saying ‘wasn’t that fantastic!’ and he replied, ‘it would be better if it was butterscotch’. 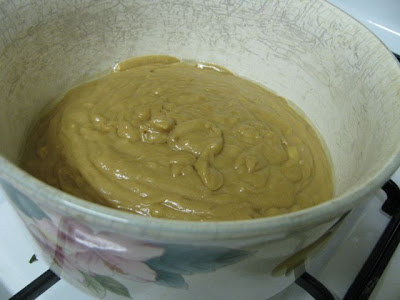 Rather than feel unappreciated because he doesn’t love chocolate as much as I do (ok, I did a little), I channelled my energies into taking up his challenge. I didn’t find or invent a butterscotch mug cake – not yet anyway! But I sat up in bed feeding Sylvia late at night thinking about all the butterscotch things I might make him.

Although I was tempted by Ilva’s Pear and Banana Crumble with Caramel Sauce (because caramel is very like butterscotch), I decided to make a butterscotch pudding like my family’s favourite chocolate pudding, which is self-saucing. The sort with a cake-like sponge on top and gooey sauce underneath. So I set off searching the net and found butterscotch puddings with apple, banana and walnut.

Whenever I make a pudding, E always likes to say it would be better without the fruit. So I decided to start with plain butterscotch pudding and maybe try the others later. There is something so comforting about digging a serving spoon into a steaming pudding and watching the sauce ooze through the bottom of it, even if it is not chocolate. This one got a thumbs up from E. I can’t say it was the best pudding ever but it is a delicious, quick and easy pudding to make on a winter night. 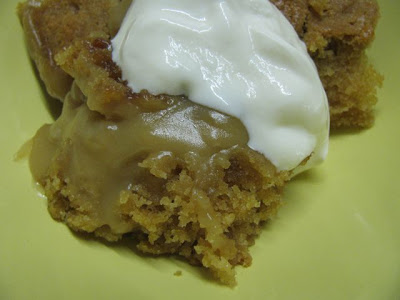 I am sending this to Simran at Bombay Foodie who is hosting Dhivya’s AWED Event this month. The country is Britain so I thought a butterscotch pudding would be perfect, particularly as it is endorsed by our resident Scotsman.

Stir together pudding ingredients and spoon batter into a baking dish – it will be quite a stiff batter. Then stir together the sauce ingredients and pour over batter. Bake 30-40 minutes in a moderate oven (about 180 C). Serve hot or warm with cream, custard or honey and cinnamon yoghurt.

On the stereo:
The Definitive Simon and Garfunkel
Posted by Johanna GGG at 18:52