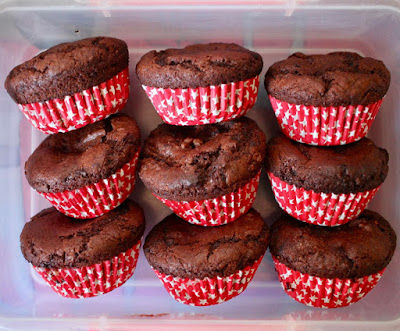 Today I bring you tales of searching supermarket aisles for vegan ingredients, of failed fudge experiments, of meddling with favourite recipes and of finding that cupcakes are an excellent place to hide failed fudge. 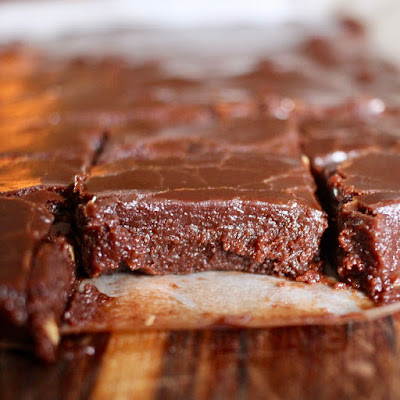 It started on Friday.  I was home a bit later than intended.  So I rang and asked Sylvia to make pizza dough to get dinner started.  It was lovely when I got home and she was in the kitchen with her friend and ordering me to sit and not worry about the dough.  I was never so independent in the kitchen at 9 years old!  Then she told me they were making grubs for the cake stall the next day.  I had plans for fudge that did not turn out as I had hoped so I was quite happy she had made sure we had a contribution. 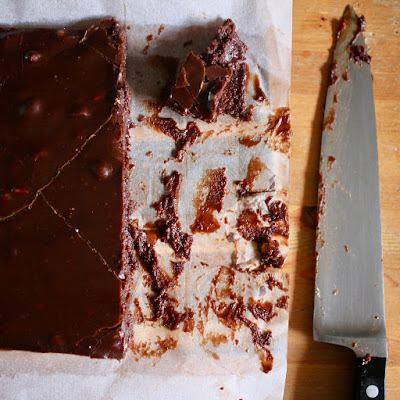 I headed to the supermarket on Friday night for my fudge ingredients.  I did not think a tin of condensed coconut milk and a block of Whittakers dark ghana choolate was a big ask.  But seems it was the impossible task.  At home I found myself gently simmering home made coconut milk for over an hour.  When I got impatient and turned up the heat it split.  I tipped off the oil and salvaged it for my fudge recipe with dark chocolate with almonds in it.  The next morning the fudge was so soft I realised I just could not veganise a regular fudge recipe.  It was good but just did not set like the butter and dairy version I had made a few weeks back.

I had a chat to an acquaintance who sells fudge.  She said that making vegan fudge is hard.  My thought was that perhaps coconut oil would help here.  Maybe my coconut condensed milk (made with 2 400g tins of coconut milk and 1 cup of sugar) did not work because I had tipped off the oil.  No doubt I had made it worse by finding myself with only 1 tin of full fat coconut milk and 1 tin of lite coconut milk because I didn't have a recipe with me at the supermarket and did not want to go there again when I realised my error. 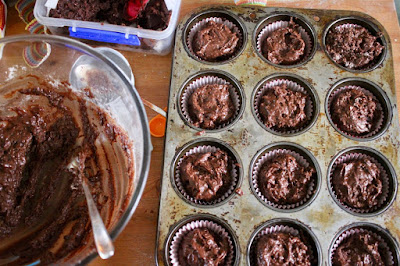 The fudge was in no fit state to share at a cake stall or even to take to work.  And I was not about to eat my way through it.  So I decided to continue my experiments into some cupcakes.  Fudge-filled cupcakes.  I used a standard vegan chocolate cupcakes recipe from Vegan Cupcakes Take Over the World and tweaked it so I could add fudge to the batter as well as put the fudge in as a hidden filling.  I made it yesterday afternoon while Sylvia made another of her favourite recipes, Cheese and Parsley Muffins. 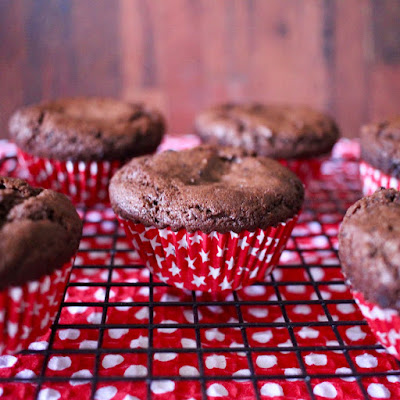 Amazingly it worked.  Admittedly a little sunken but they tasted really good.  The cake was not terribly sweet but this worked well with the sweet fudge filling.  My other idea for using up the fudge was as a frosting because it spread rather well but this seemed a bit sweet for my liking.

And so these cupcakes are a perfect segue from week 2 to week 3 of Vegan MoFo.  I tried some vegan substitutes in week 2 and will be looking at leftovers in week 3.  Mostly this will refer to something that needs to be used rather than last night's dinner.  Today I have both my attempt to use vegan ingredients for fudge and my rebirth of the rejected fudge as delicious cupcakes.

Preheat oven to 180 C and line a 12 cup muffin tin with cupcake papers.

Bake for 30 minutes or until cooked (when a skewer inserted into the middle comes out cleanly). Cool on a wire rack.  Sprinkle with icing sugar or frost if desired.

Line a slice tin with baking paper and make sure dark chocolate is chopped and ready.

Place margarine, brown sugar, glucose syrup and condensed milk in a large saucepan and stir over low heat (not boiling) for 10 minutes until glossy and the sugar is dissolved.  Turn heat up to medium low so that the mixture simmers.  Simmer for 6-8 minutes until starts to come away from the side.  Pour into prepared tin and let set overnight before cutting.  Keep at room temperature.

NOTES: This fudge was too soft so I would not do it this way again.  Perhaps coconut oil instead of vegan margarine would set better.  I could not find a tin of coconut condensed milk so I made some which took ages.  I used 2 tin coconut milk (should have used full fat but did not have it) and 1 cup sugar.  Wonder if more glucose syrup would give more structure.  I used dark chocolate with almonds in it but would have preferred dark chocolate without any additions if I could have bought it.