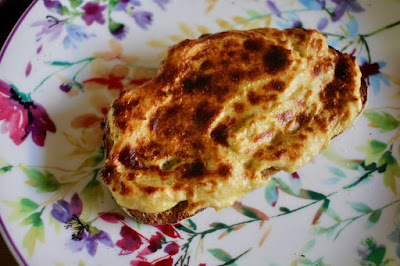 One of my favourite quick meals as a kid was cheese on toast.  I often see people talk about grilled cheese sandwiches.  But in our family it was just one slice of bread with cheese on top.  It would have been eaten with soft white bread with either kraft slices or slices of cheese from a local dairy.  So simple.

Often we would have tomato sauce either smeared or dobbed on top to go nicely brown with the golden brown cheese or underneath the cheese to add flavour.  My mum had a more sophisticated palate than us kids and sometimes just sprinkled some pepper on top.

While I had had some success with a vegan mozzarella on toast, I recently discovered a simpler cashew cream.  Having some leftovers to experiment with, I found it makes a wonderful cheese on toast.  It browns on top and is soft and flavoursome in the middle.  This has been my go to snack lately. 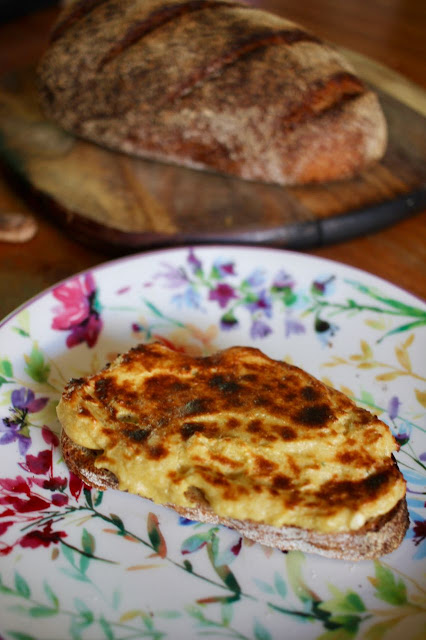 Most recently I have eaten this with an overnight sourdough bread made with some rye flour, and a cashew cream made with a bit of pumpkin, a tbsp extra nutritional yeast flakes and a tbsp of truffle oil.  Whatever would my childhood self think of it!

Here is the cashew cream recipe with extra nutritional yeast flakes.  I am not giving a recipe for cheese on toast as I figure everyone knows how to grill bread on one side, spread thickly with the cream and grill until golden brown.