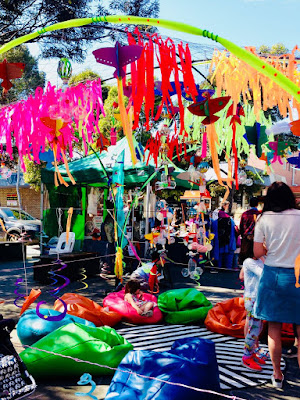 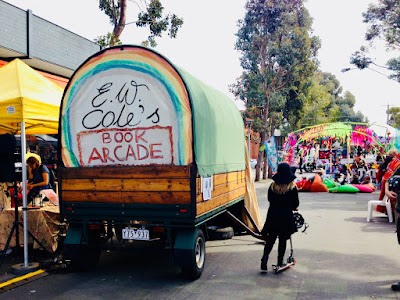 We were busy with Coburg Farmers Market and then Coburg Carnivale.  Above in the Coles Book Arcade from the Imaginarium tour that we went on.  It was quirky and fun to wander through the library with spoken word on headphones describing the wonders of Coles Book Aracde while entertained by some wonderful characters. 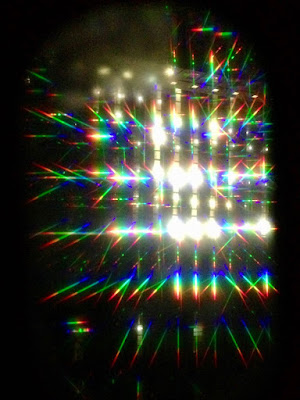 Sylvia and I went to the Gertrude Street Projection Festival in full expectation of amazing light projections on towerblocks but found it was the mini festival so more esoteric and quirky light snows on a smaller scale.  I liked the man with the sheet hung on play equipment in the park, a torch and some transparencies of local scenes.  Best perhaps were the refraction glasses that made light into rainbows.  Above is what the towerblocks look like at night through the glasses! 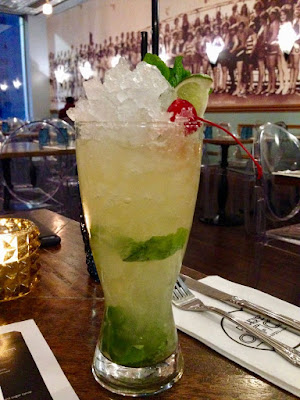 The school holidays start next week but I am busy at work with an event so I took Sylvia to my mum's for a few nights and then prepared for the event with the organisers and a vegan mojito at Father's Office. 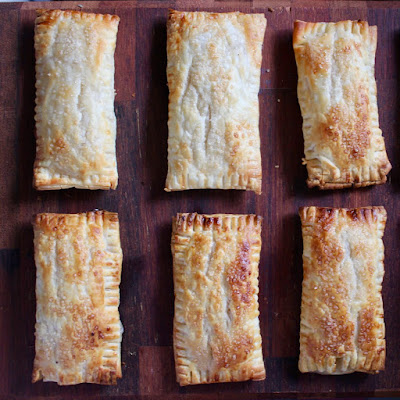 But I was really here to tell you about apples!  Occasionally when we have too many apples I stew them.  It amazing how an old apple can taste awful when raw but great when stewed.  I just peel them, slice them and then bring to the boil with a bit of water, a spoon or two of sugar and perhaps a squeeze of lemon juice.  I simmer for about 5-10 minutes or until apples are soft.  Sometimes I do longer if I want it more mushy. 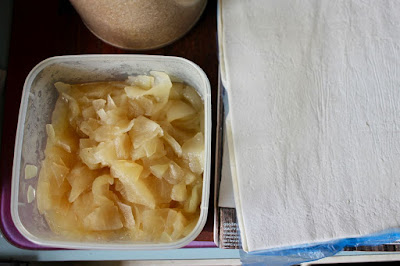 On a baking afternoon recently I stewed apples and baked them inside a few sheets of puff pastry that was lurking in the freezer.  Pampass light puff pastry is one of those ninja vegan products that make vegan baking that bit easier.  When I picked up Sylvia at school to take her to swimming, I handed her a warm apple turnover.  I think she might have swooned with happiness.  Now she keeps asking to make them again.  And I am happy that they are so easy that I can see them in our future.  Soon.

Cut pastry into four squares.  Spoon stewed apple onto half the pastry, leaving a little space around it to press the pastry together.  Brush the edges with soy milk.  Fold the pastry over to make a rectangle (or a triangle if you prefer).  Use a fork to press around the edges to make a nice pattern and help the pastry stick together.  Brush tops with soy milk and sprinkle with raw sugar.  Bake for 20 minutes at 220 C until golden brown.  Can be eaten at room temperature or reheated.

On the Stereo:
Jane Birkin and Serge Gainsbourg