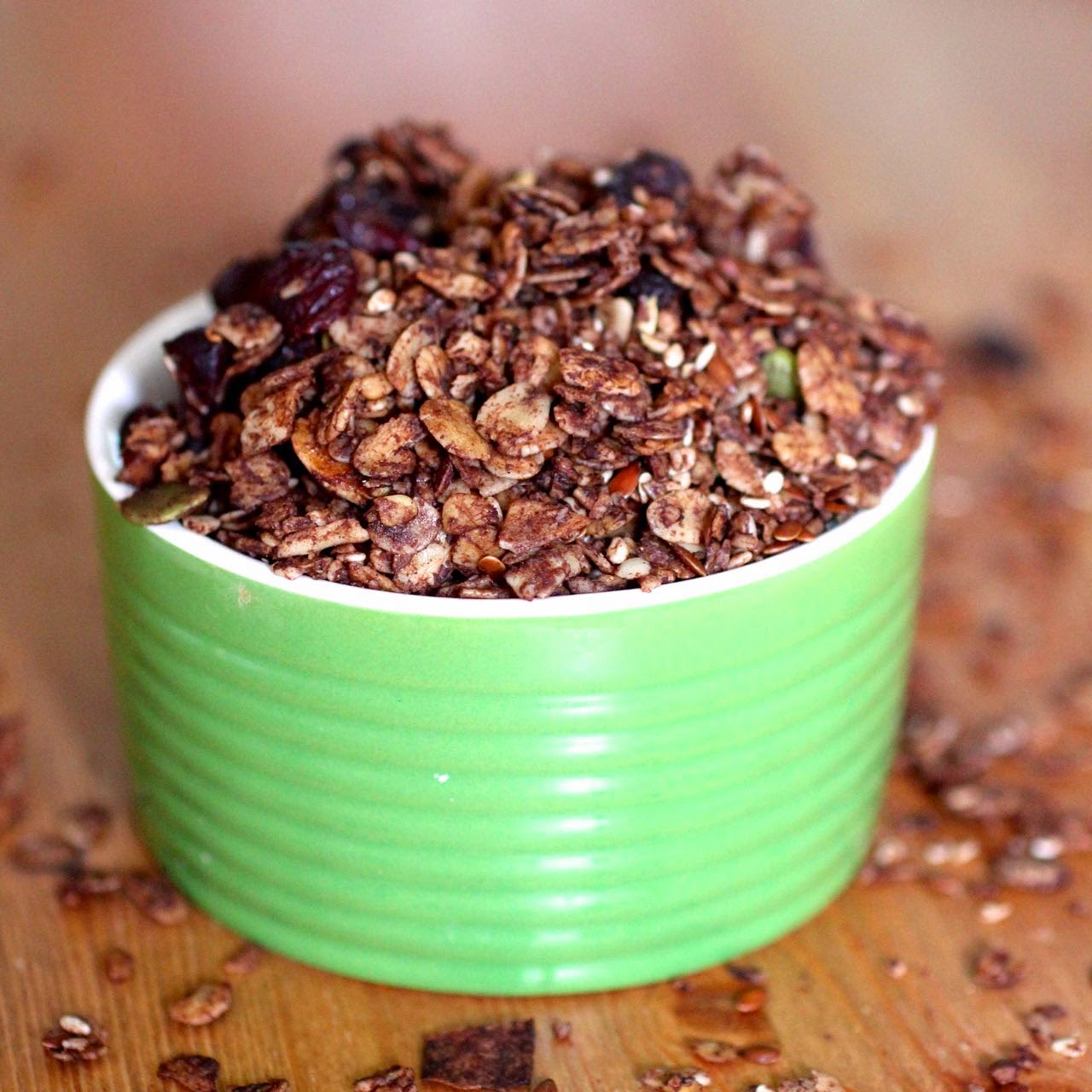 Muesli is something I am constantly promising myself I will make.  Why not!  It is easy and healthy.  Yet it is a long time since I made it.  Then my sister was making it on her visit to my mum's and I had seen a chocolate muesli recipe.  For the pedants, it was called granola but it has always been muesli to me, and I have a stubborn streak. 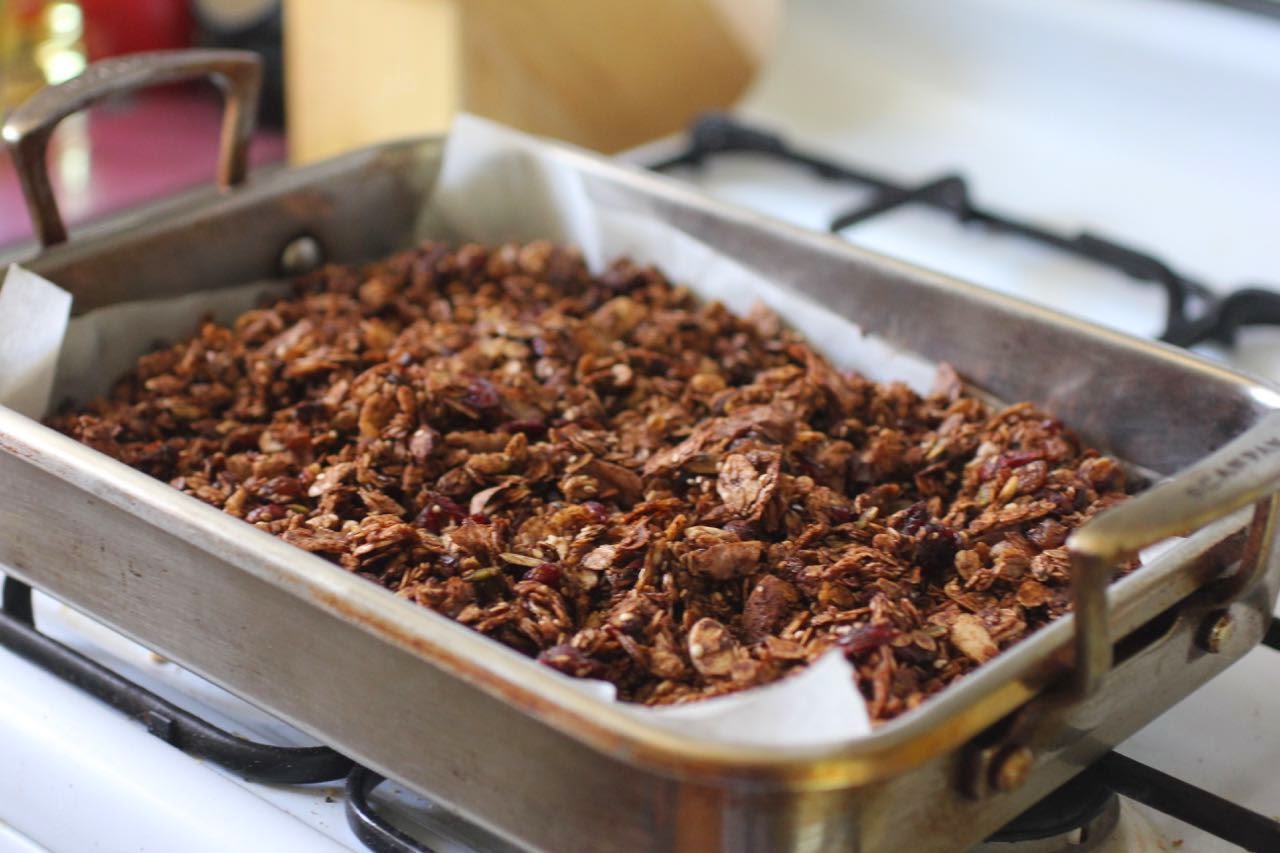 I love that Kate of No Meat and Three Veg was giving this muesli to family as Christmas gifts.  It is both practical and surprising.  I loved that the muesli gave me a healthy opportunity to use up some of the fruit and nuts leftover from Christmas baking.

Mine had a few more seeds than Kate's because I see it as an opportunity to use some of the seeds and grain in the pantry.  And seeds are healthy.  I really want to try chia seeds in muesli but worried they would go gluggy with the liquids.  I also was fascinated by Joanne's use of dried quinoa in muesli.  Must experiment! 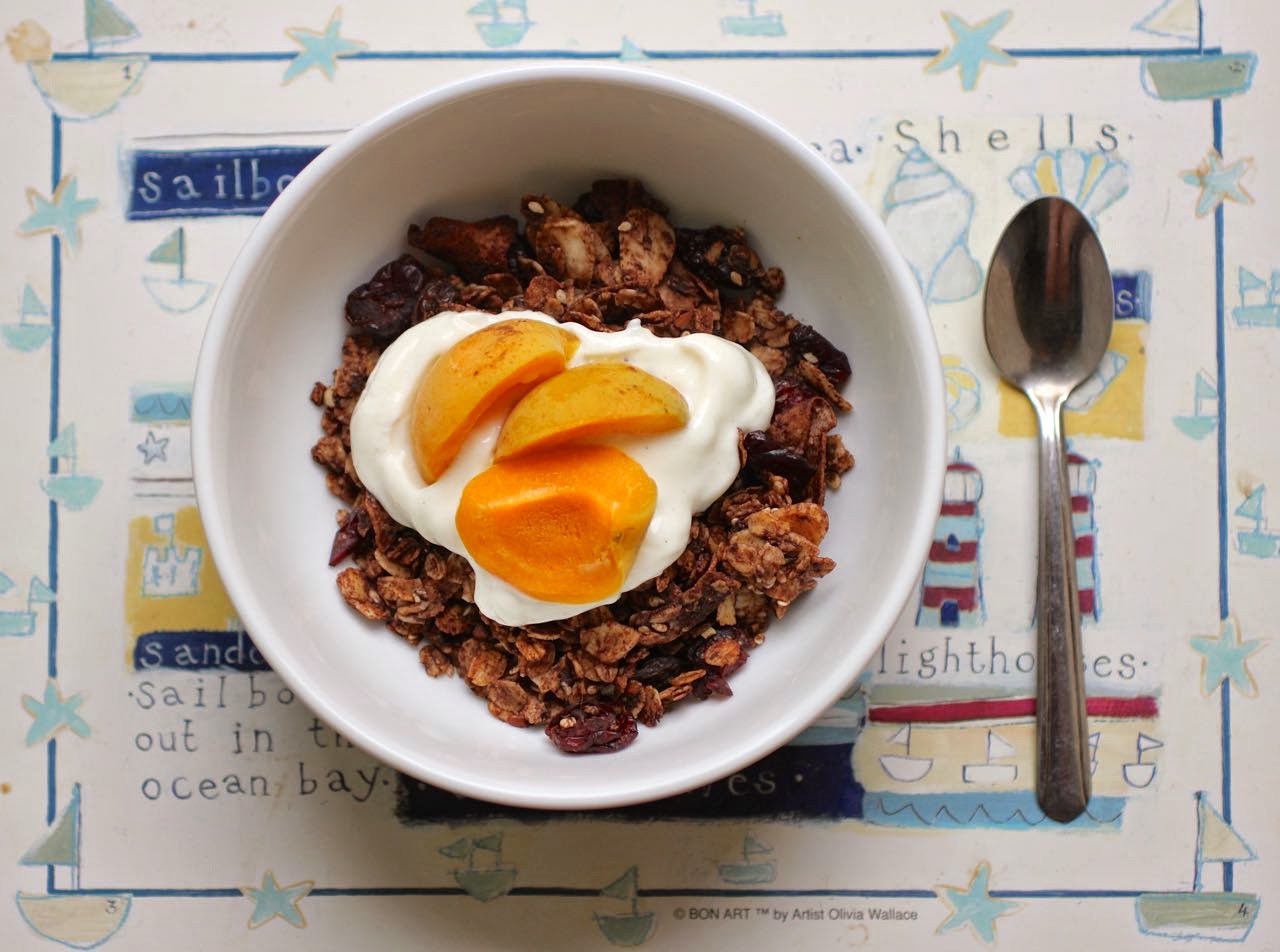 Chocolate is not something I normally enjoy at breakfast.  I make an exception for this muesli.  It is more intense than sweet.  I have had it for breakfast regularly lately (except when I forgot to take it on holiday). 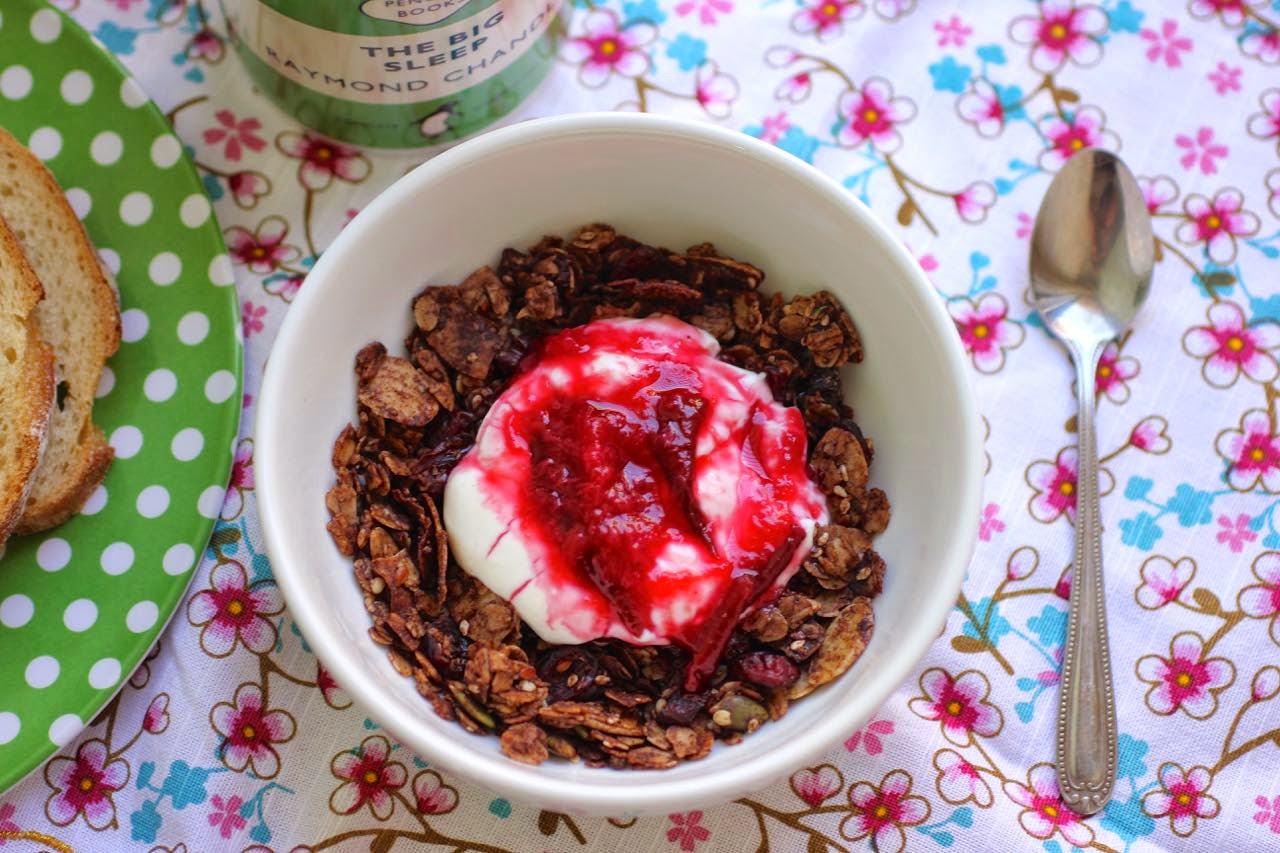 When I can, I pair it with fruit.  I have had apricots when in season, stewed plums and I think it would be great with slices of banana. It is also lovely as a snack with or without yoghurt.  I am coming to the end of the batch of muesli and hope I motivate myself to make another batch.  Meanwhile I am looking forward to breakfast tomorrow. 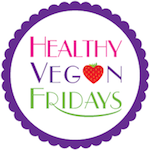 I am sending this to Kimmy of Rock My Vegan Socks for Healthy Vegan Fridays #31.

Previously on Green Gourmet Giraffe:
One year ago: Tim Tam Brownies for Australia Day
Two years ago: Risoni with Chickpeas, Lemon, and Mint
Three years ago: A tale of three water bottles
Four years ago: Aussie Moroccan salad
Five years ago: In search of . . .
Six years ago: Apricot History and a Chutney
Seven years ago: In Praise of Cookbooks

Chocolate muesli
Adapted from Live.Love.Learn.Eat via No Meat and Three Veg

Mix all ingredients in a large bowl (leaving the dried fruit out if you don't want it really chewy).  Tip into 2 large lined roasting dishes* and bake at 180 C for about 20 to 25 minutes, stirring halfway through.  (If you left out the dried fruit, mix in when it is out of the oven.)  Cool and store in an airtight container.

NOTES:  I found that using one roasting dish made my mixture too crowded to dry out.  I ended up dividing it into 3 lots of baking each for an additional 5 minutes at the end but I think if I used 2 roasting dishes rather than one, it would work better.  The muesli crisps up as it cools so it is a bit tricky to judge how much to bake it but I guess it needs to be dry enough to crisp up.

On the Stereo:
The Captain: Kasey Chambers
Posted by Johanna GGG at 22:05