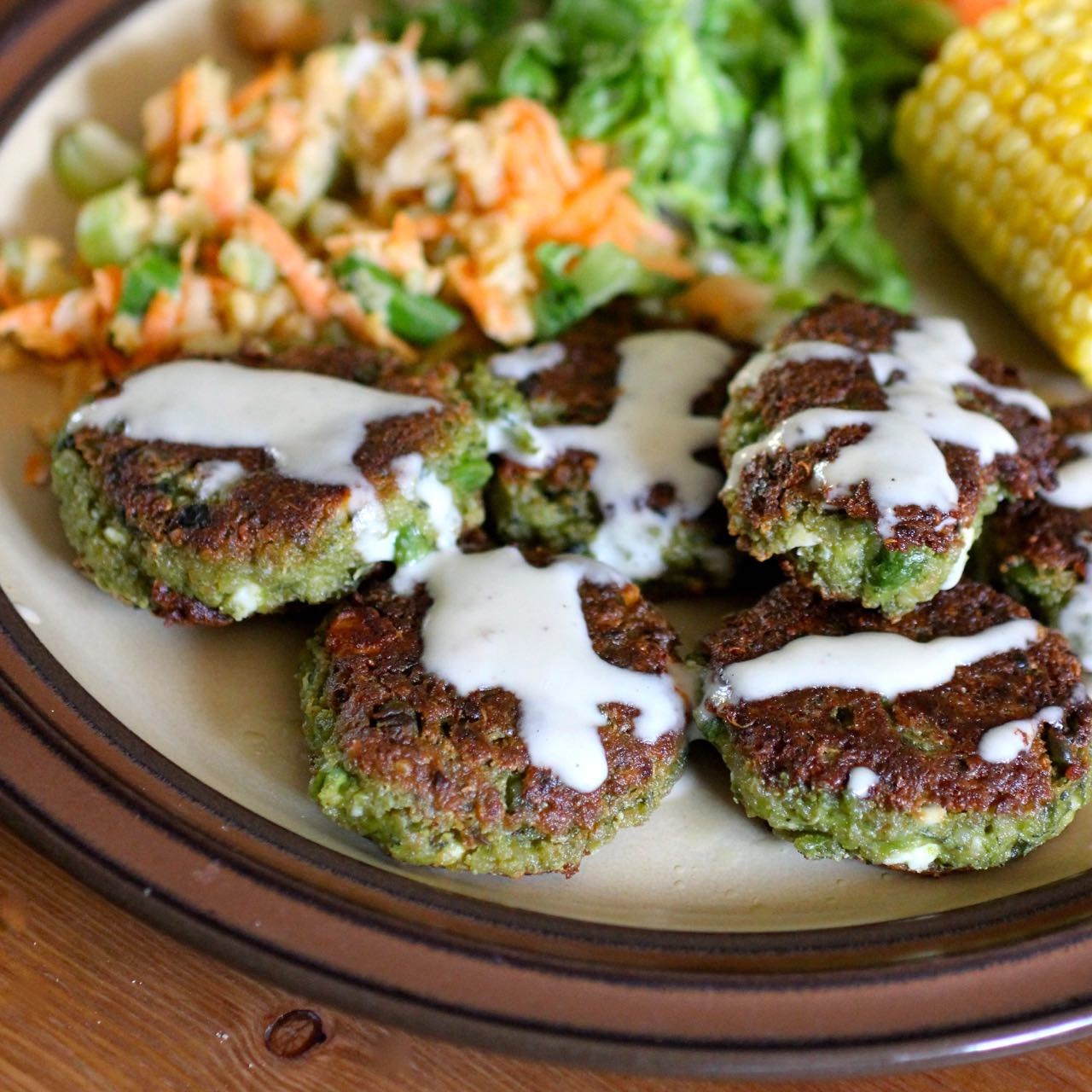 Usually I make a recipe and once it is right, I feel free to mess about with quantities and ingredients.  On my first attempt at these fritters I substituted brown rice, didn't measure ingredients and they were brilliant.  Yet I still felt compelled to make them again following the recipe that inspired me.  Which was every bit as good. 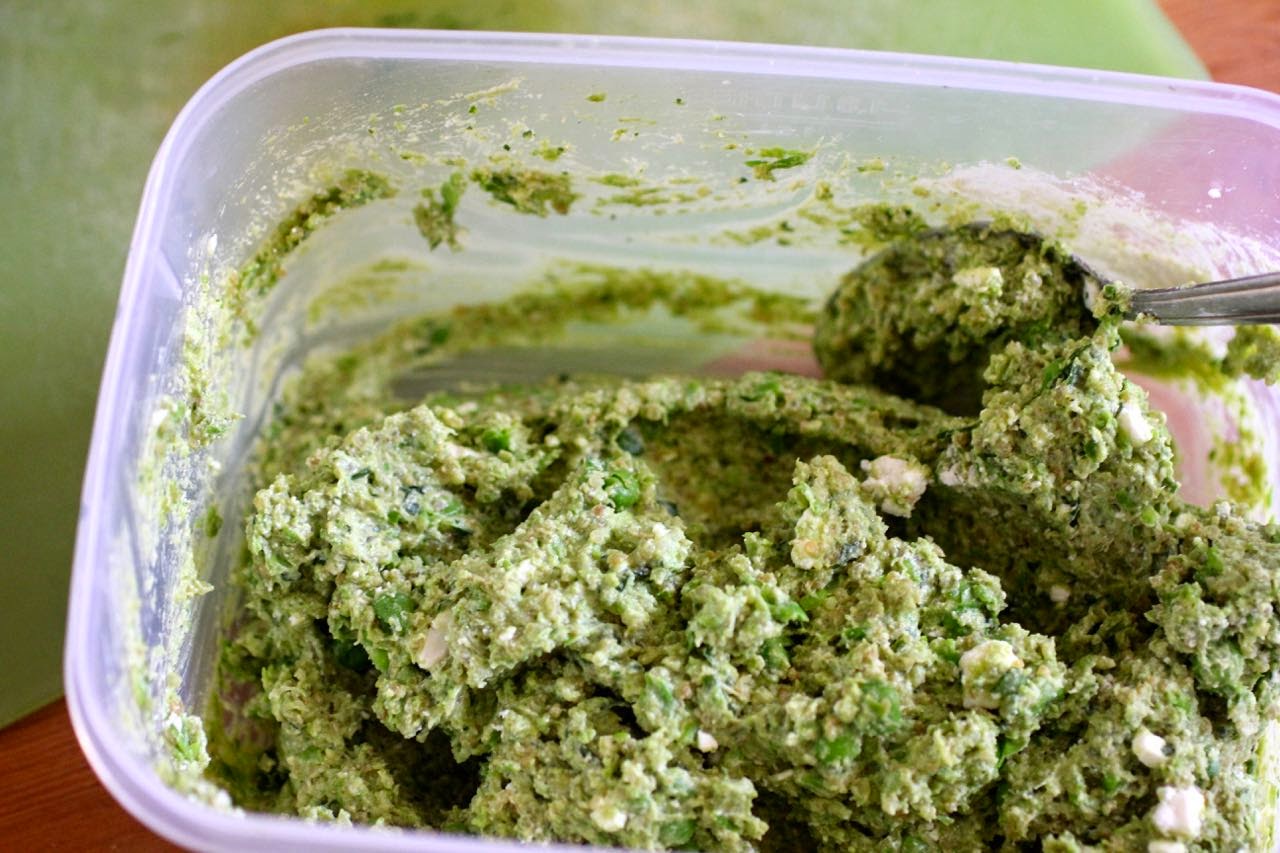 Which just reinforces how recipes are so helpful and yet so restrictive too. They are a great starting point.  However every kitchen is different, seasons change and we need to be able to adapt accordingly.

I originally bookmarked the fritters because I am always on the lookout for mint inspiration because it grows like a weed in our garden.  When I made the recipe I had some home made pesto in the fridge and used this instead of the mint and parsley.  Because peas and pesto go so well together. 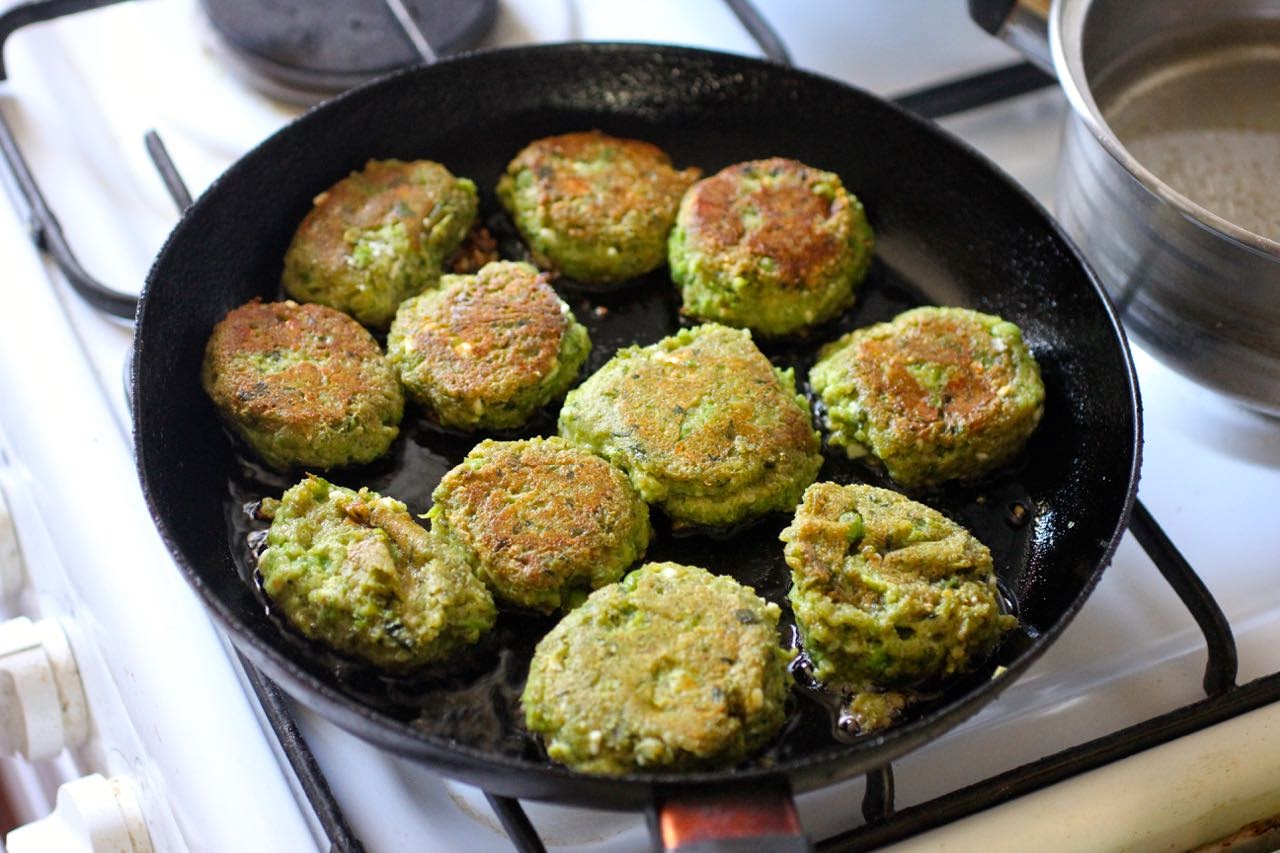 I wish I had taken a photo of the fritters on the first night when I used brown rice.  It was too crazy.  Sylvia had a friend over and I got confused about times and my focus was elsewhere.  So the next night I did it properly.  The best thing about following the recipe was that it made just enough for two. 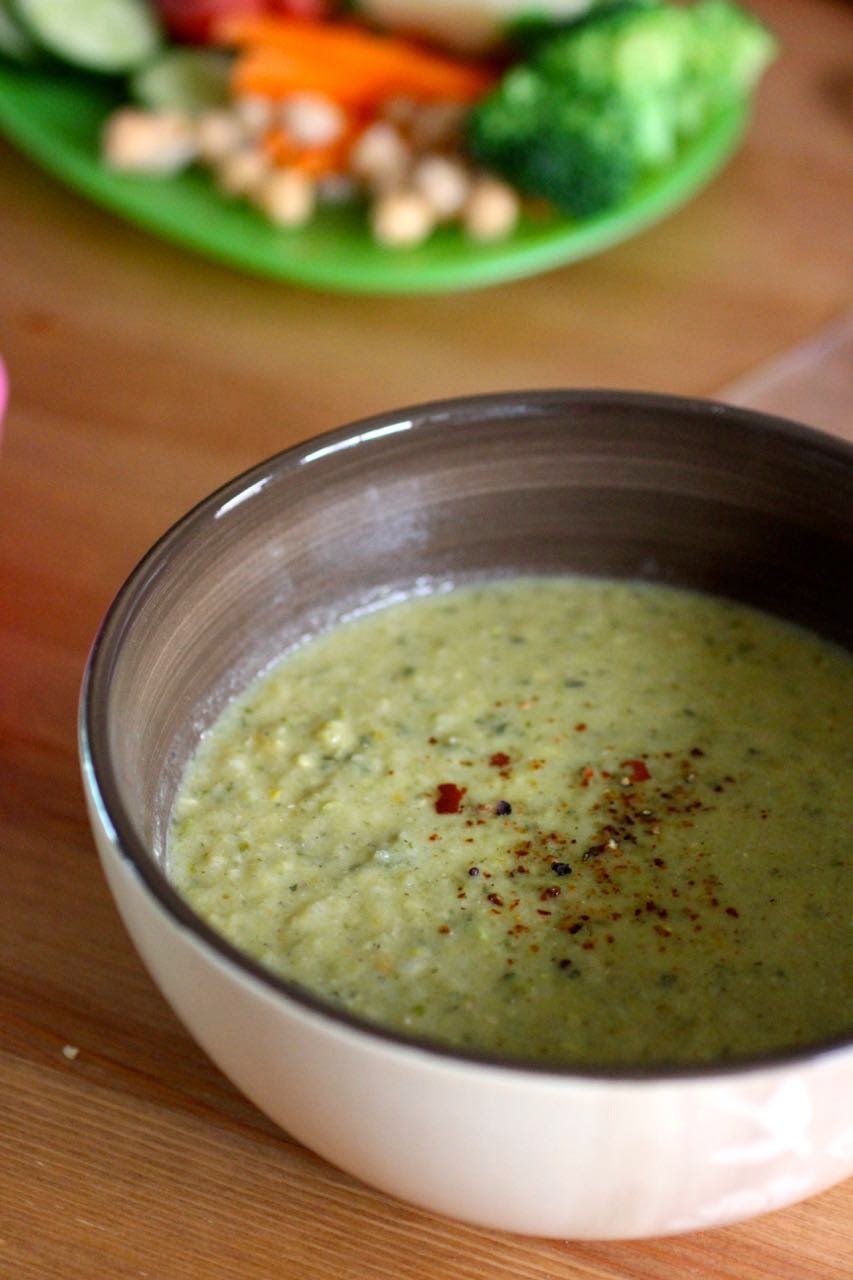 And while we are striding into the world of random moments I have a few to share about bicycles: 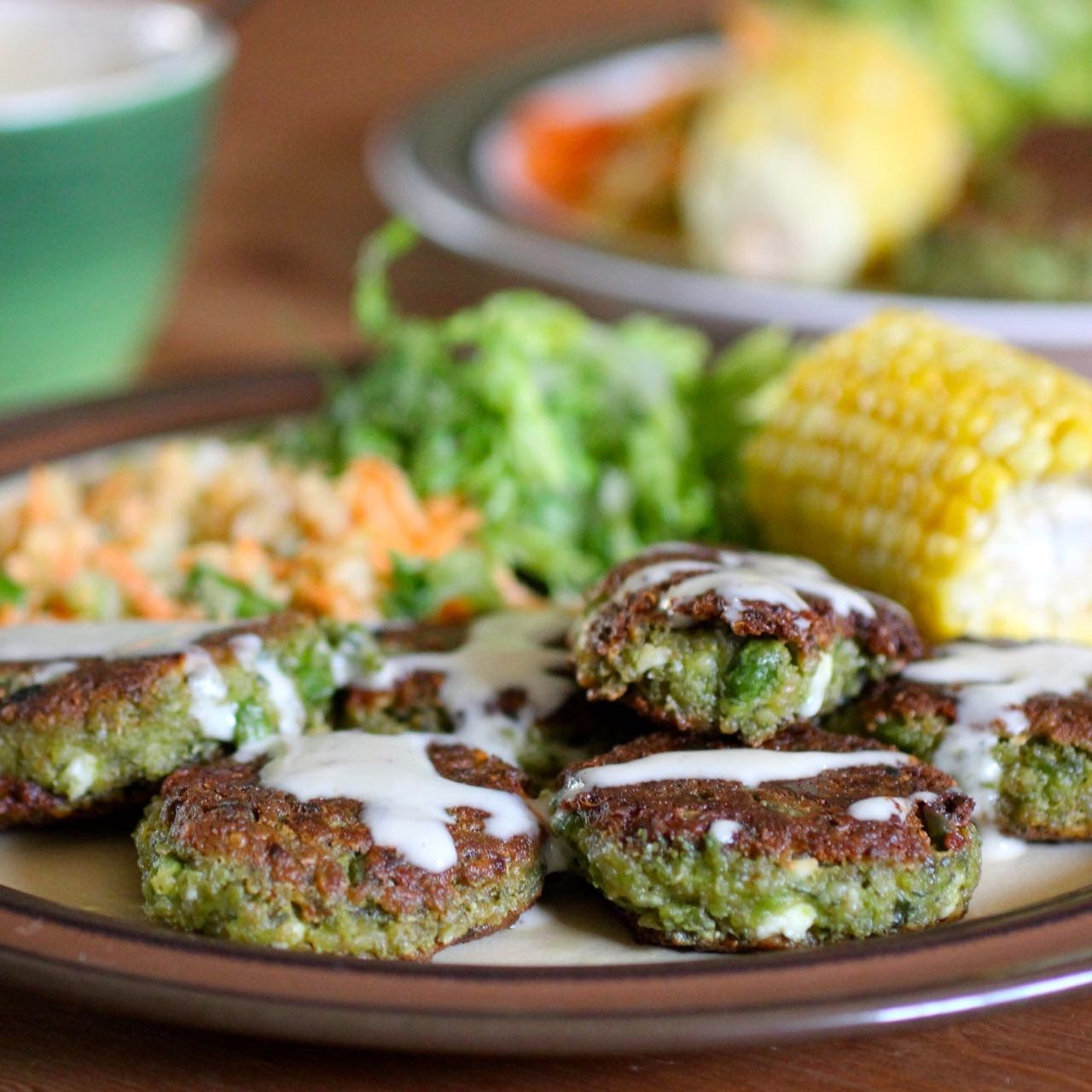 Back to the fritters!  We ate them for dinner with mock tuna salad, lettuce and corn on the cob.  They would be delicious for a picnic and a lovely green snack for St Patrick's Day which will be here before we know it! 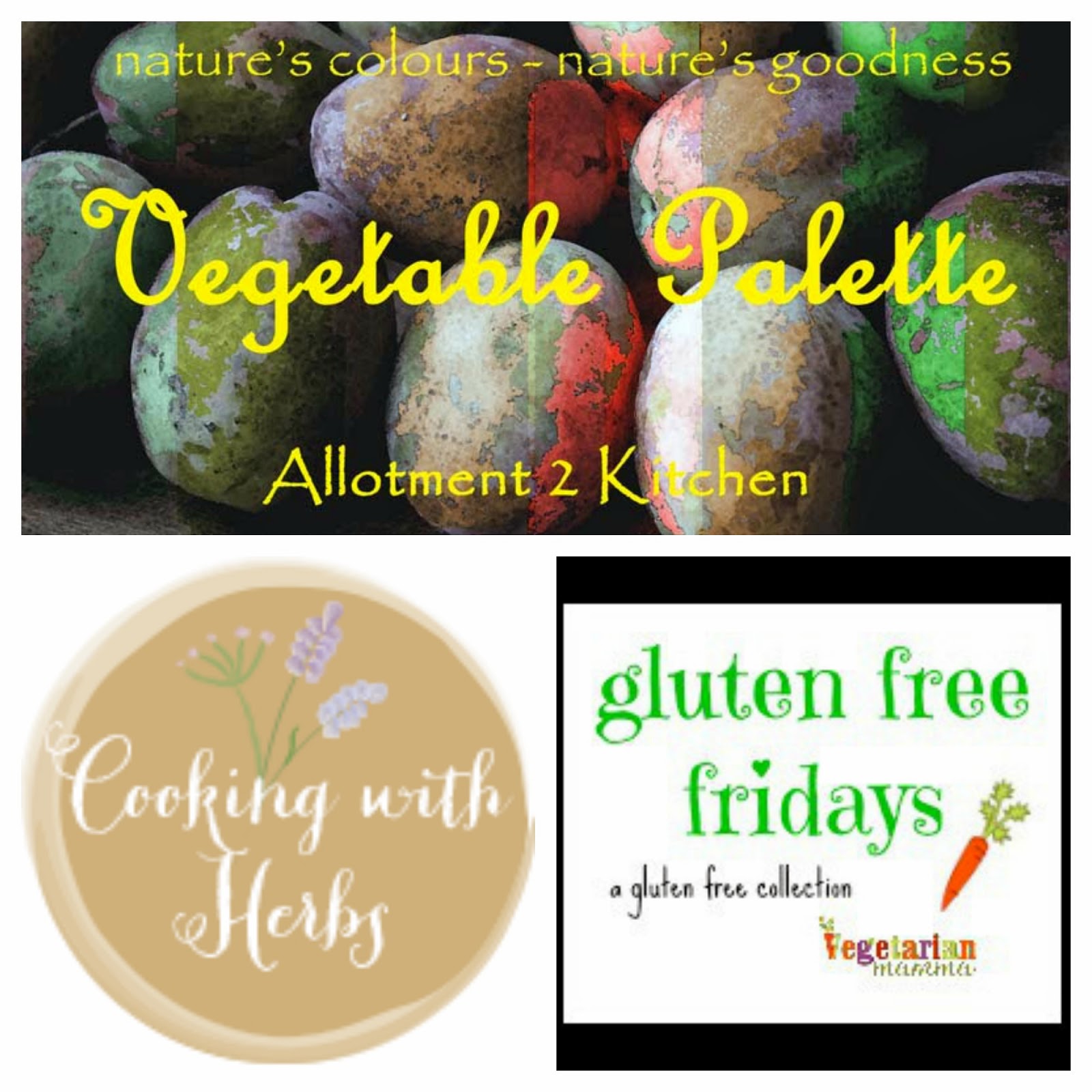 I am sending these fritters to Shaheen for her Vegetable Palette event that is focused on spring vegetables this month.  (It is not Spring in Melbourne but peas are a great spring vegetable if you can get them fresh!)  I am also sending them to Karen for the March edition of her Cooking with Herbs event.  And finally they go to Gluten Free Fridays #132 which is run by Vegetarian Mama.

Place quinoa and water in a small saucepan.  Cover, bring to the boil and simmer for about 10 minutes.  Remove from heat and rest with lid on for 5 minutes.  Mix cooked quinoa with peas, besan and pesto.  Blend about half the mixture - I do this by roughly blending with my stick blender.  Mix in feta and season.

Shape small handfuls of mixture into patties.  Heat a few tablespoons of oil in a large heavy bottomed frypan and fry until golden brown on both sides.  Drain on kitchen towel.  Serve hot with tahini dressing.

To make tahini dressing: mix everything in a small bowl until you have a creamy sauce that you can pour over the fritters.  Keep any leftover sauce to add to a salad dressing or use as a sauce for other dishes.

On the Stereo:
Tales of a Librarian: A Tori Amos Collection
Posted by Johanna GGG at 22:01