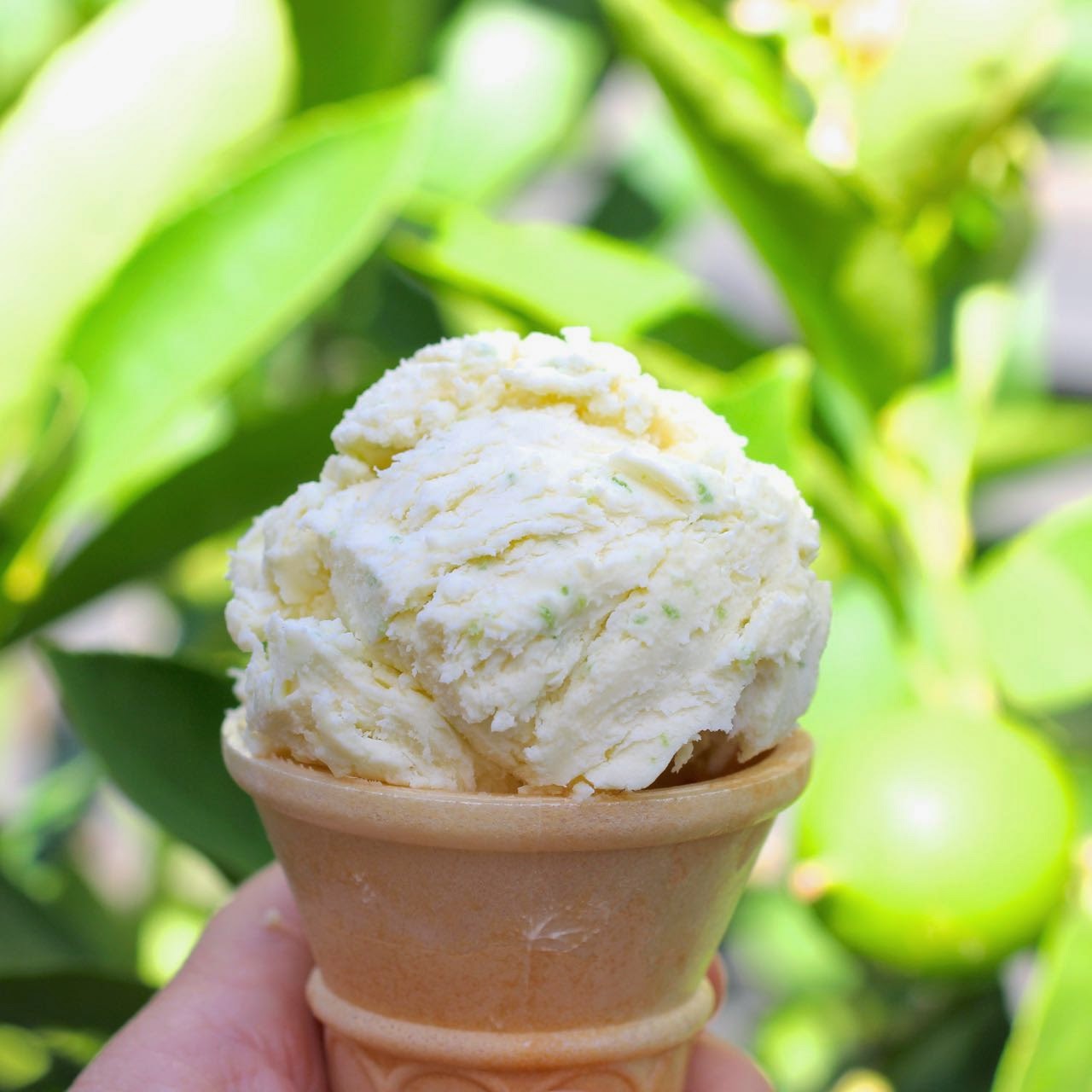 Last week was a funny kind of week.  Sylvia's school had a pupil-free day and she then had a couple of sick days.  I had to cancel her swimming lesson and an appointment.  Not everything was pushed to the side.  We made ice cream.  Really good lime and white chocolate ice cream. 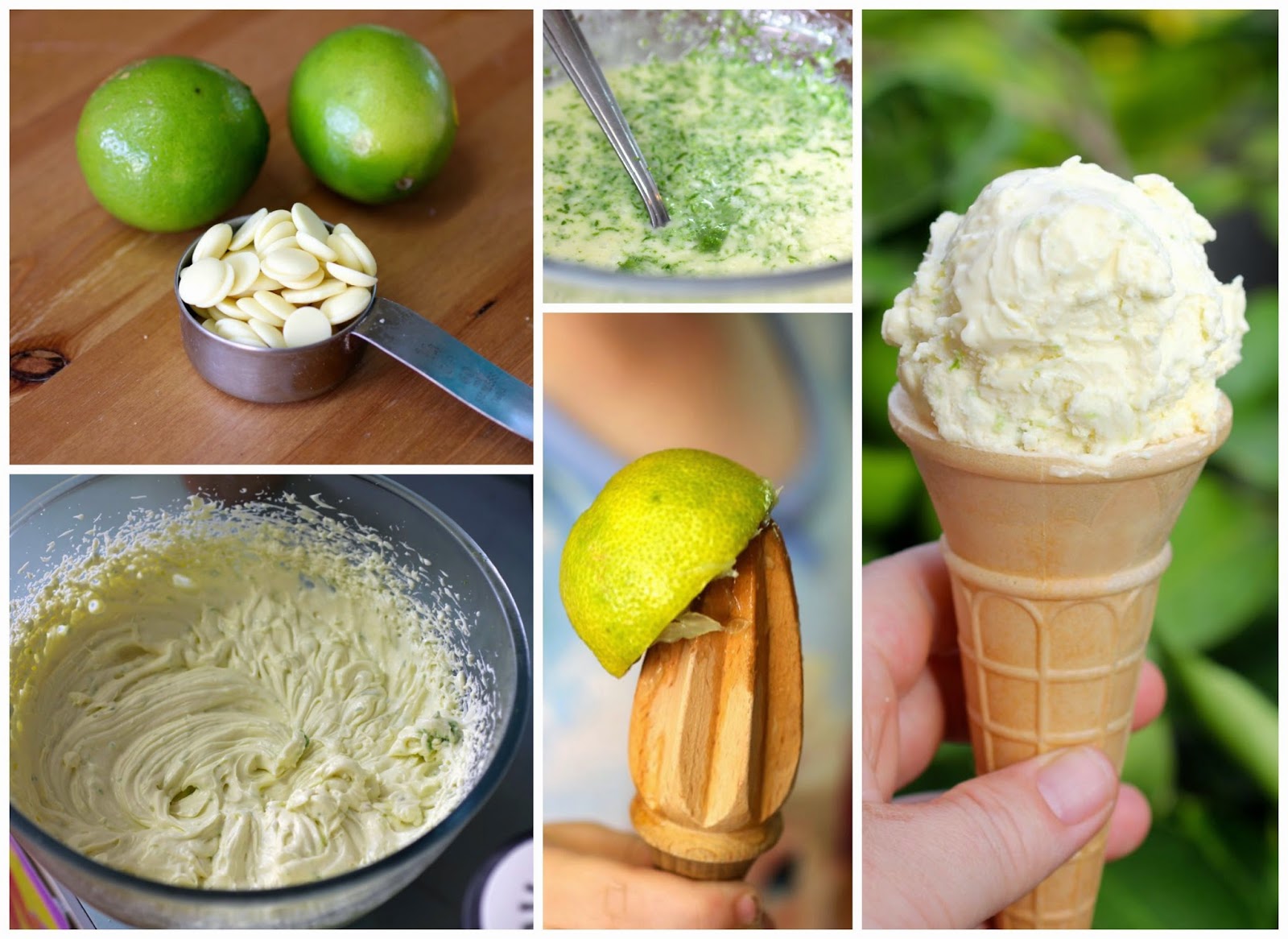 Regular readers might remember that my siblings and I are a bit 'meh' about ice cream because it was served on nights when my mum didn't bake desserts when we were kids.  So when I had condensed milk, white chocolate chips and ice cream cones leftover from Sylvia's birthday party, I was very tempted to make the Kitchen Maid's lime and white chocolate slice.  I even bought the limes.

We had lots of ice cream cones after I initially bought the wrong sort for the castle cake.  I bought a tub of caramel and honeycomb ice cream but there were still many cones left.  E said we needed to buy another tub of ice cream to use up the ice cream cones.  It seemed a good idea just to make ice cream and get those cones out of our life! 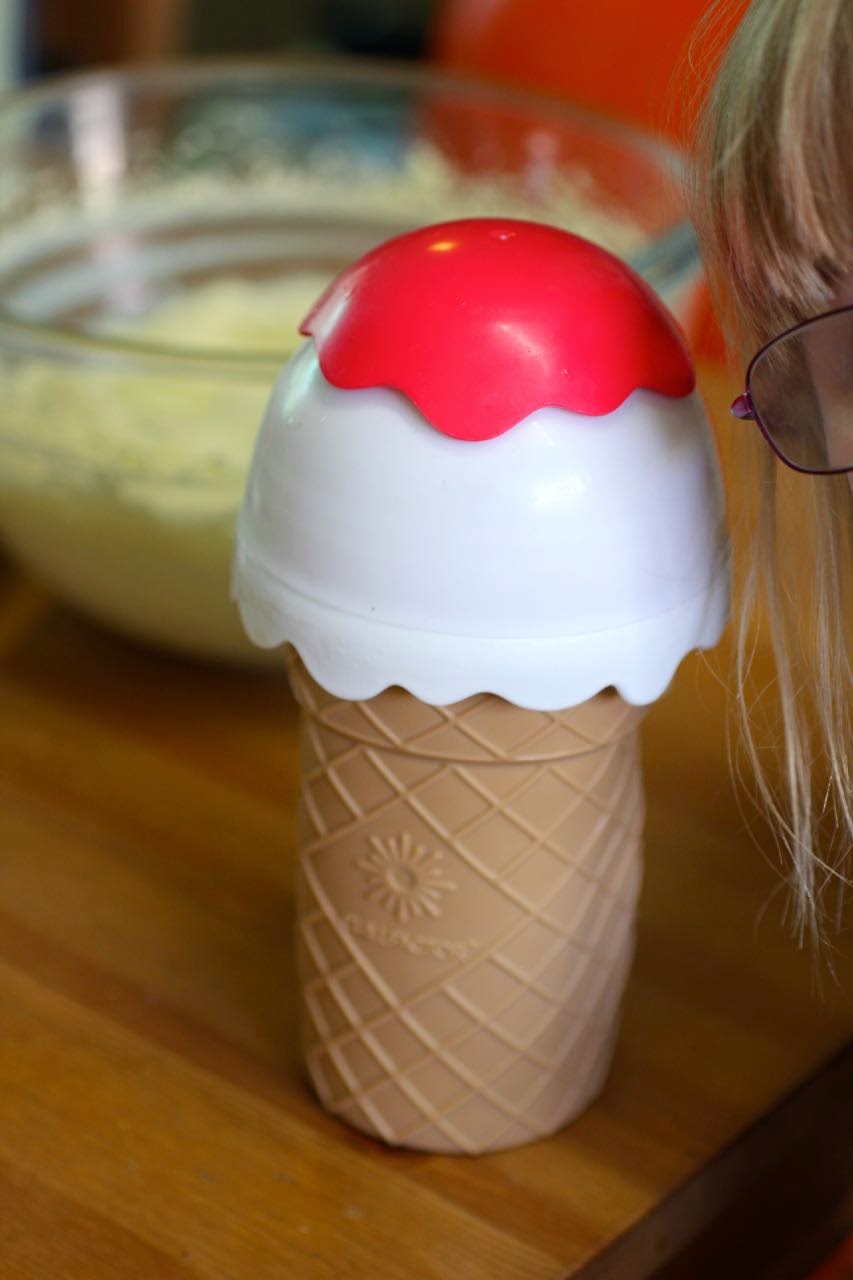 I used the no churn condensed milk and cream method of making ice cream.  Sylvia loves ice cream so much that we bought her a little single serve ice cream maker at Christmas.  You freeze the base and then squeeze cold liquid to make instant ice cream.

I am not sure I am thrilled with it.  It takes up a lot of room in the freezer for not much return.  Perhaps we don't use it well or perhaps my lack of enthusiasm for ice cream has prevented me embracing it. 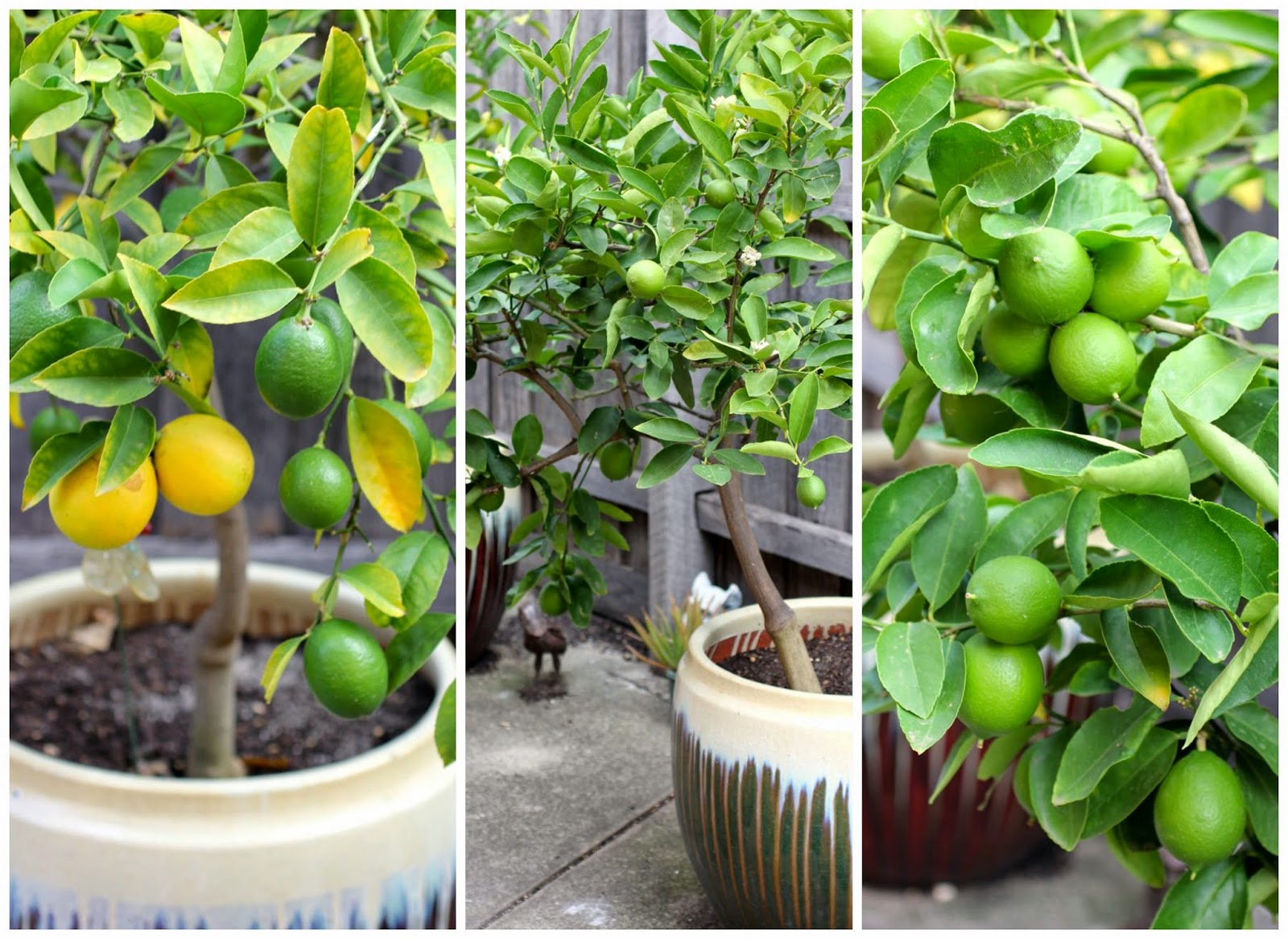 I am more enthusiastic about my lemon and lime trees that are heavy with fruit right now.  It seems like they will be ripe any day now.  Until then we are still buying lemons and limes.  As I did for this ice cream.  Then I used a lime that had fallen off the tree.  I found it rather sour but I find most lemons and limes rather sour.  Perhaps the limes are closer to being ripe than I thought. 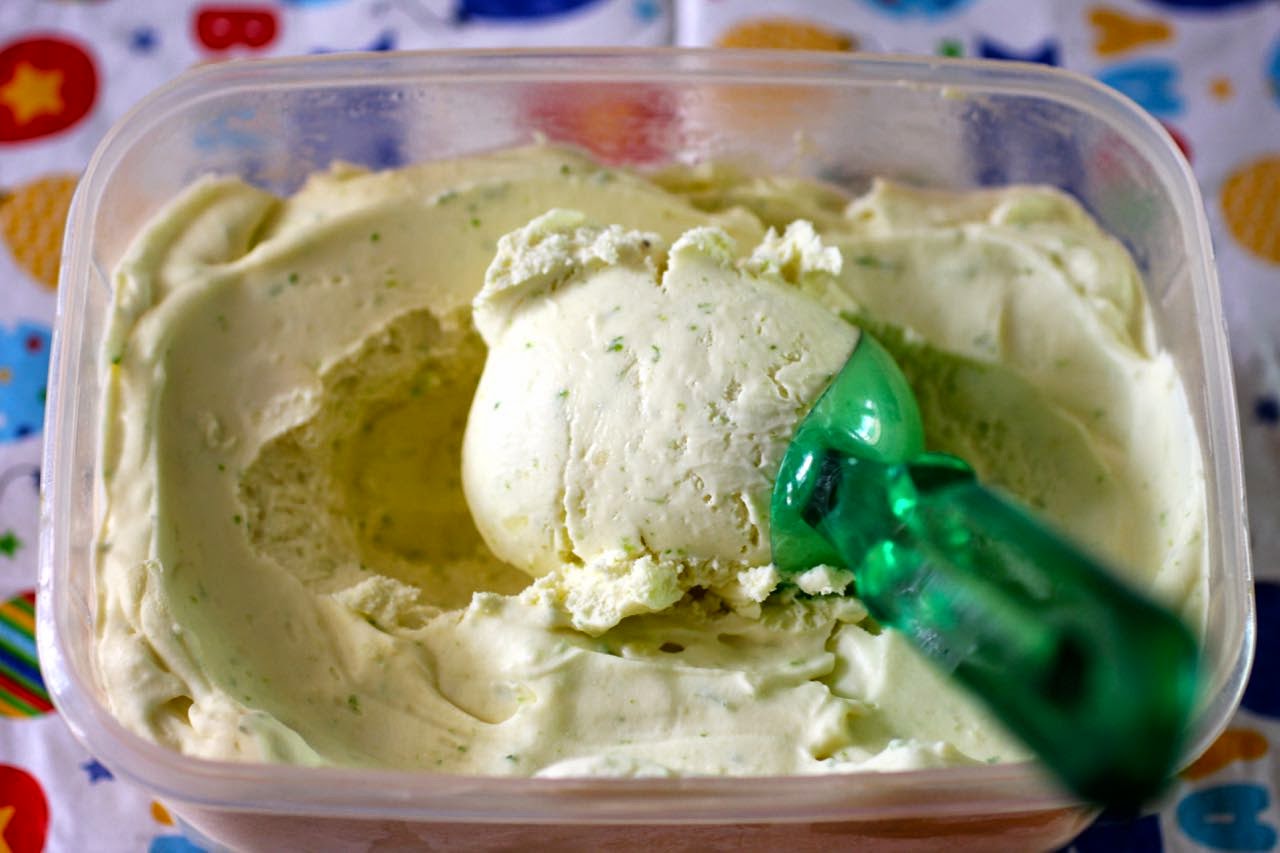 The ice cream was creamy but I really liked how the lime took the edge off the sweetness.  It was more prominent than the white chocolate.  We all loved it.  However I found that it was hard to get the right moment to scoop it out.  It seemed either too hard to scoop in a nice round ball or too soft and mushy to hold its shape.  I think I preferred the latter.  One thing is for sure.  It has made me look forward to our limes coming off the tree and into kitchen.

Melt 3/4 cup of white choc chips.  Gradually add the condensed milk into the melted chocolate, stirring all the while so it remains smooth.  Stir in the lime juice and zest.  Add the cream and blend with electric beaters until creamy (but not buttery - I do this on a low speed so I don't overbeat suddenly).  Gently stir in remaining 1/4 cup of white choc chips.  Spoon into a tub with lid.  Freeze until firm.

On the Stereo:
Father Abraham in Smurfland
Posted by Johanna GGG at 23:28