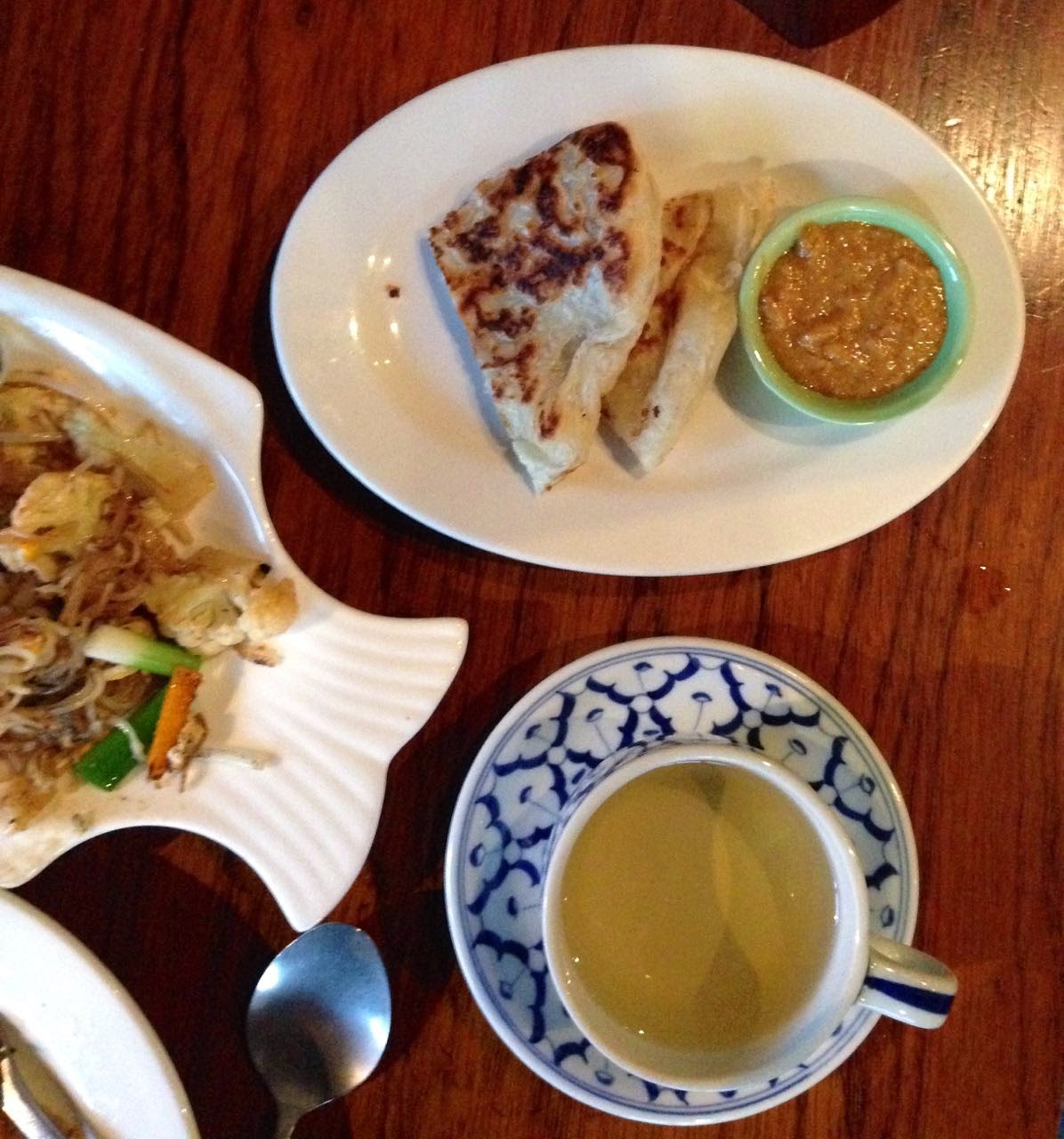 There was a time when I would go to Thai restaurants every now and again.  It is long passed.  However when I had a particularly wet Pad Thai at a market recently it was so wrong that I longed for a good Pad Thai.  So when Sylvia went to a sleepover birthday party E and I had the rare treat of a dinner date at Thai Nee.  We ate well, we were treated well, and we admired the street art outside. 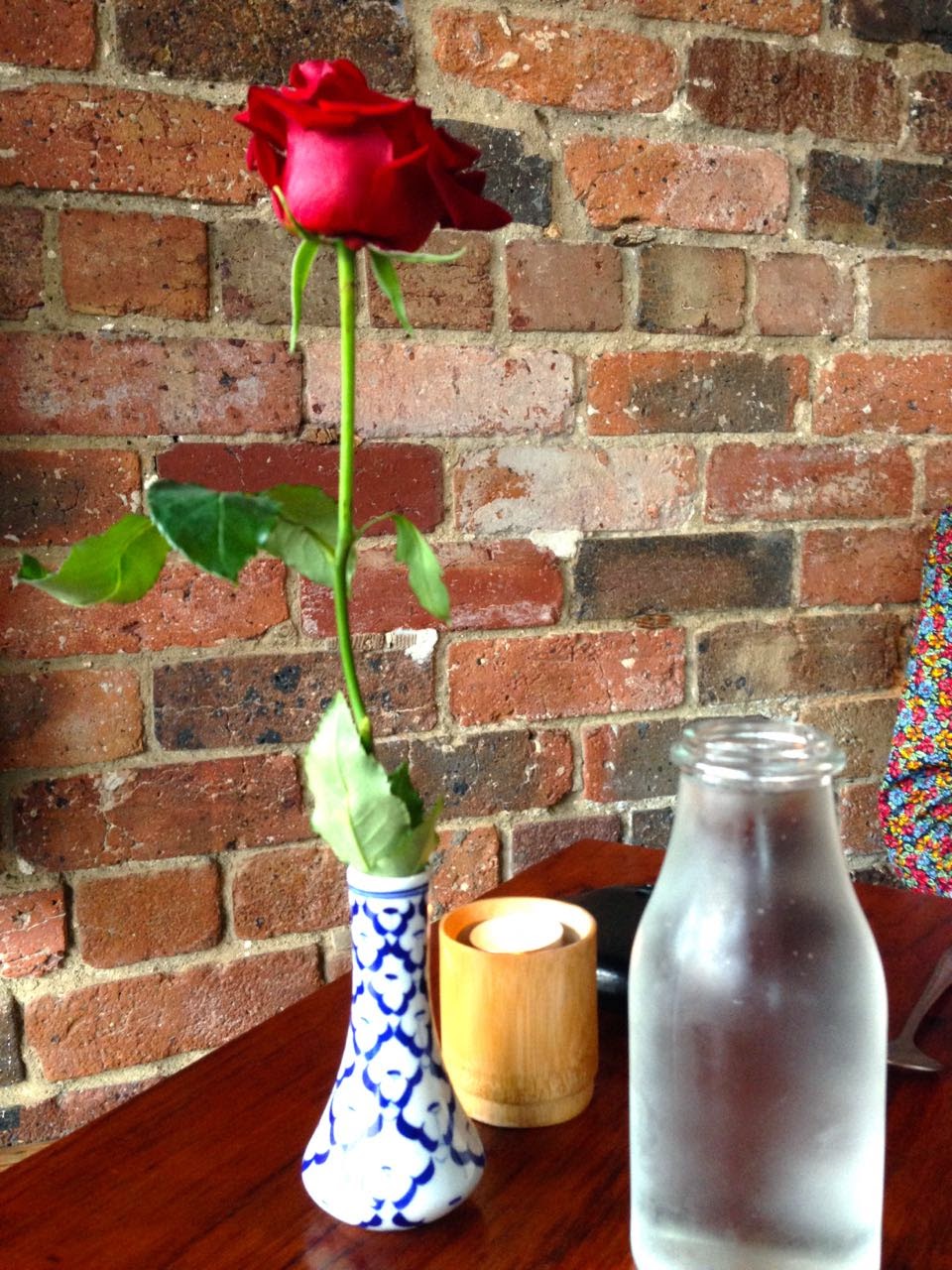 I chose Thai Nee in East Brunswick because we had been there with friends years ago.  It was so long ago I barely remember the meal but I know I enjoyed it.  I was pretty sure that it was vegetarian-friendly because the friends who chose it were also vegetarian.

We were pleased when we arrived to find a rose and a candle at the table.  The restaurant wasn't that big, though not quite tiny.  It was fairly busy with not many empty seats.  (The photo below was taken later in the evening after some tables emptied.)  When I asked the waiters about dietary issues they were very helpful in telling me what was and wasn't vegetarian on the menu.  While I didn't ask directly I got the impression that they were vegan-friendly as well. 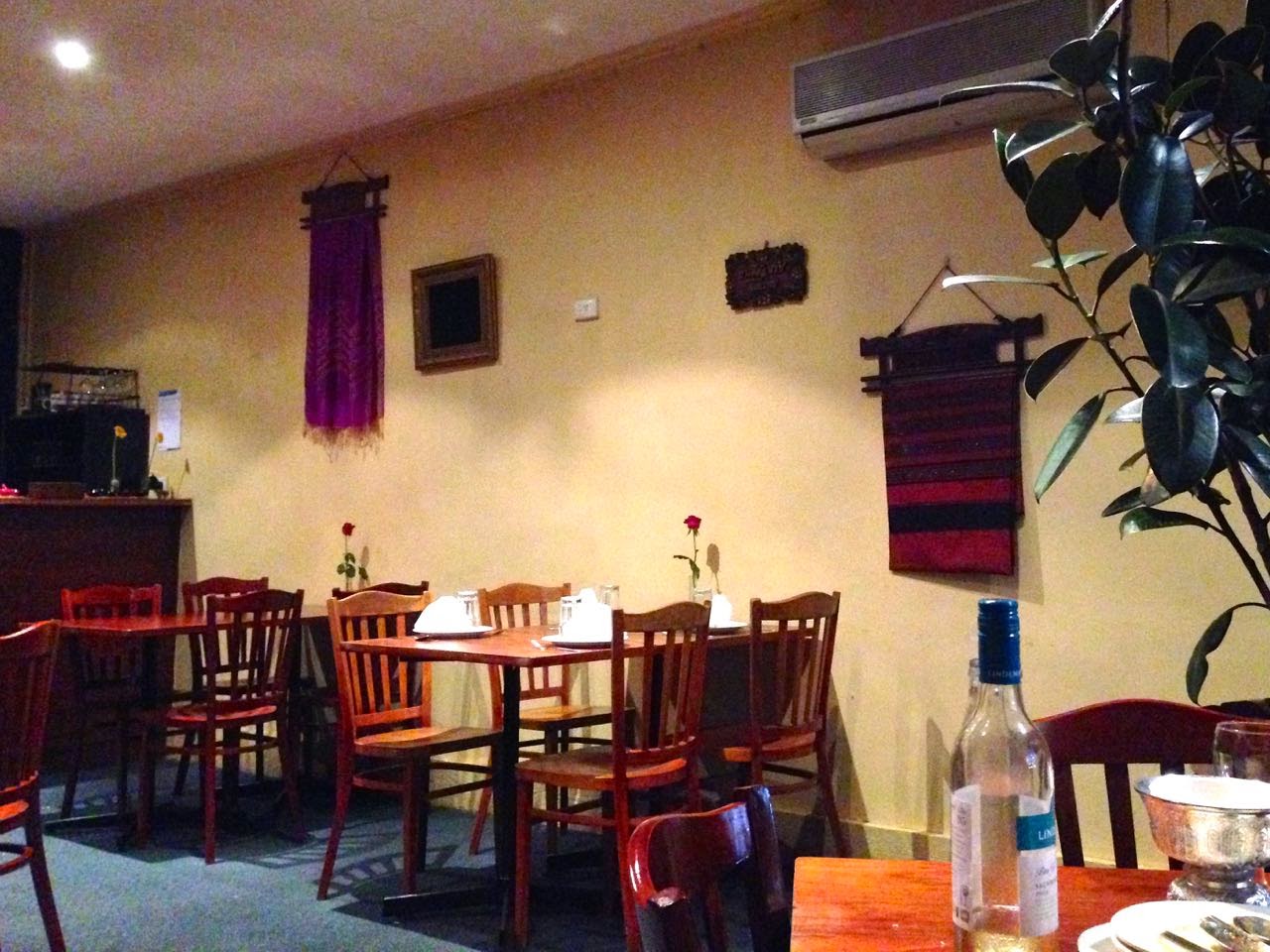 And while I am reminiscing, do you remember a time when vegetarian meals were cheaper than meat meals.  I always thought this was because meat was more expensive but these days I have no idea of the price of meat so I don't know if it has changed.

Anyway, I loved the Thai Nee menu because it is a list of types of dishes with the option for each dish of Vegetables, Meat or Seafood.  In each case the Vegetables dish was the cheapest.  However the menu prices were very reasonable.  We ordered spring rolls, 2 mains, rice, roti and tea.  It came to $42 for both of us.  (NB It is cash only and BYO.) 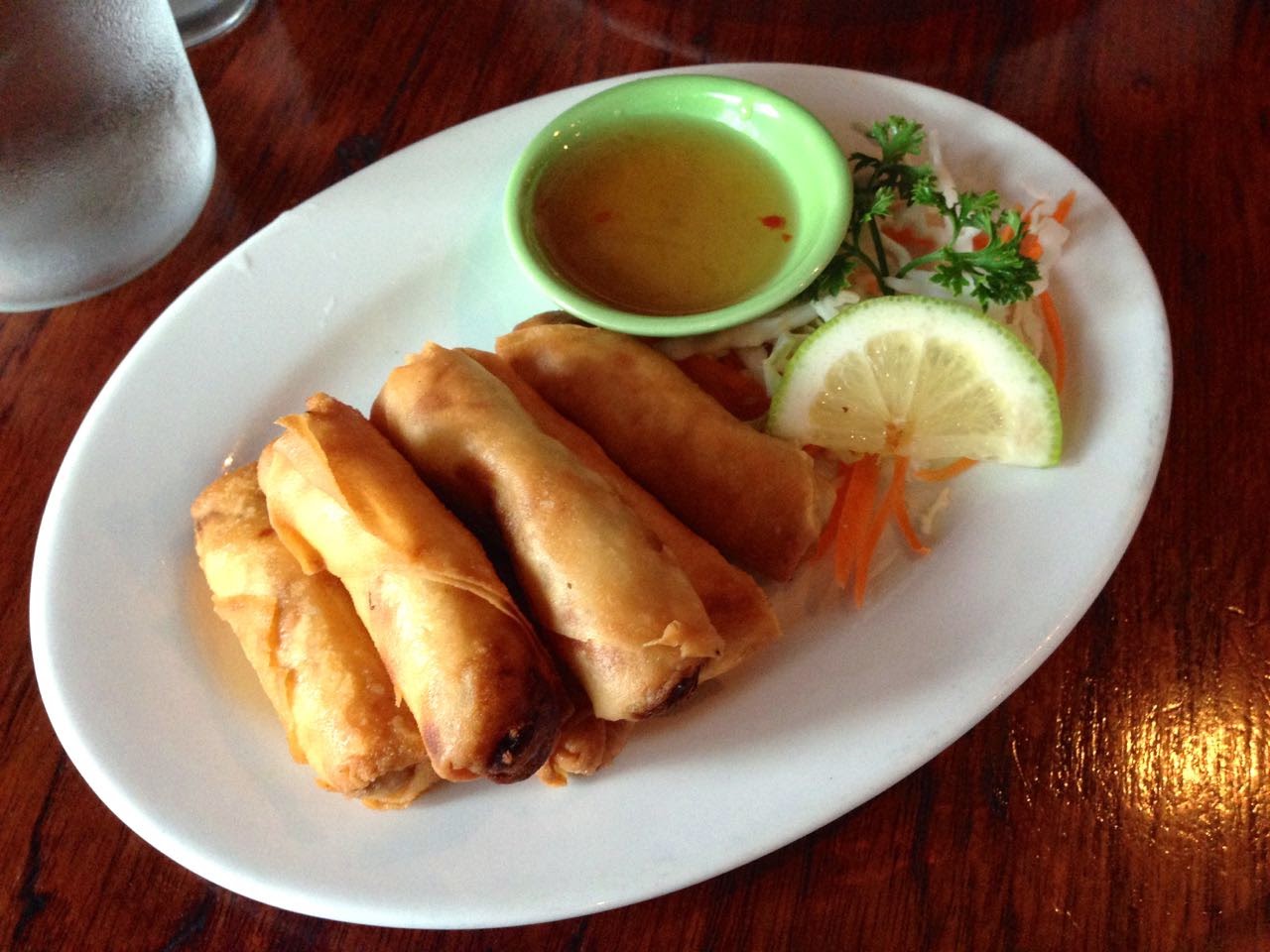 We started with vegetarian spring rolls.  They were crisp and hot and made us happy while we waited for our main course.  E then had a chicken curry with rice which he loved.  Sadly we didn't order enough rice to have it in one of the fancy silver bowls.  We also had roti with our mains.  (I was told that the dipping sauce had fish sauce in it so I avoided it.)  It was fantastic.  Really light and fluffy with crisp edges. 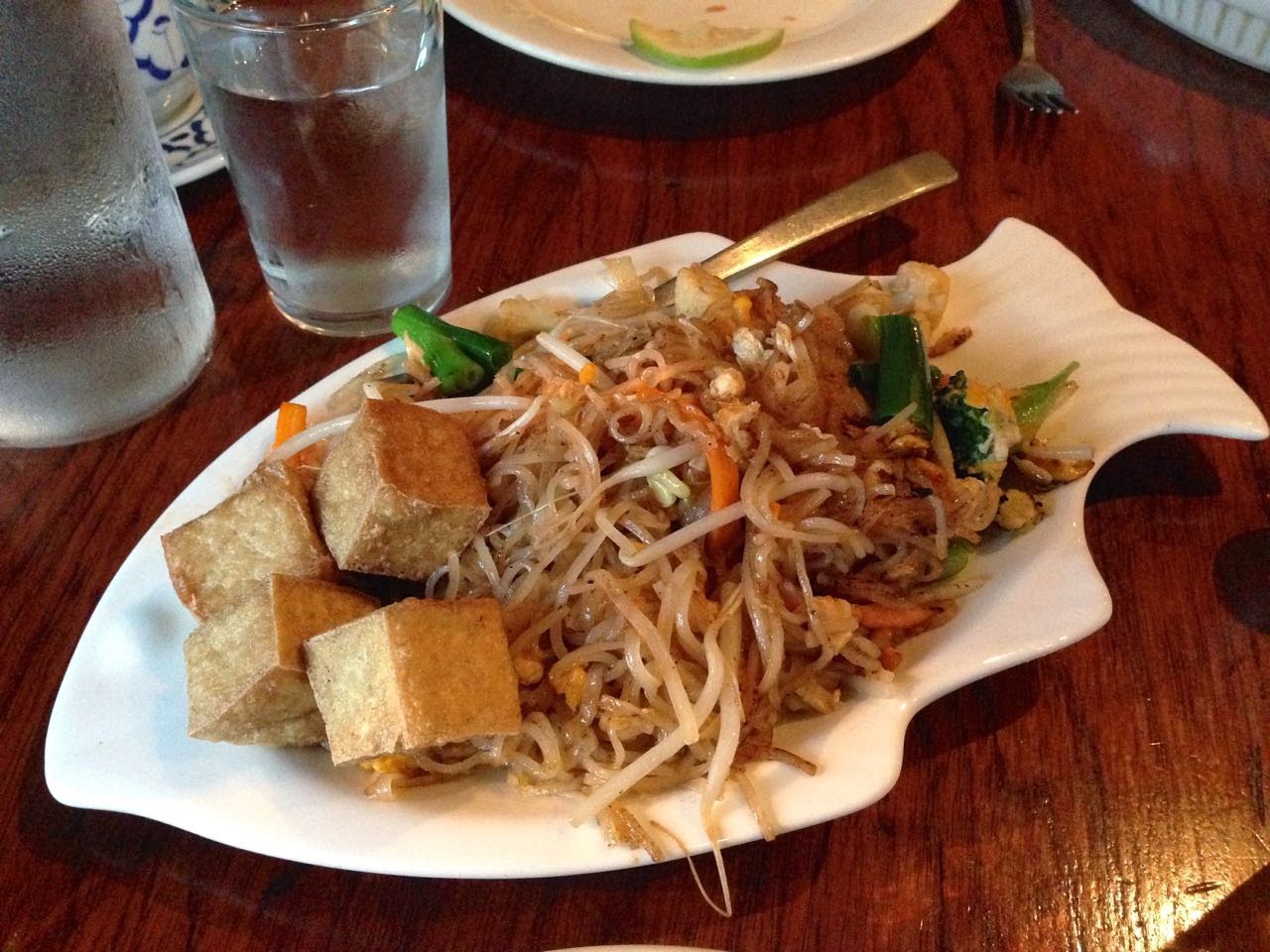 My main course was Pad Thai.  It seems a given, but there were so many other tempting meals on the menu that I swithered before ordering.  Probably one of the disappointments was that the tofu was not very hot and a bit bland but I did appreciate having some tofu.

I was surprised that there were no peanuts on top.  Perhaps our nut sensitive world makes it too risky.  When I asked, I was brought a little dish of chopped nuts.  I also was impressed that they checked if I wanted egg in my Pad Thai.  I said yes.  (Despite my dislike of eggs, I can usually cope with little bits of egg in a dish.)

So overall I really enjoyed my Pad Thai.  The flat rice noodles were full of flavour in that pleasingly sticky way and there was a satisfying amount of vegetables as well the the tofu and peanuts and eggs. 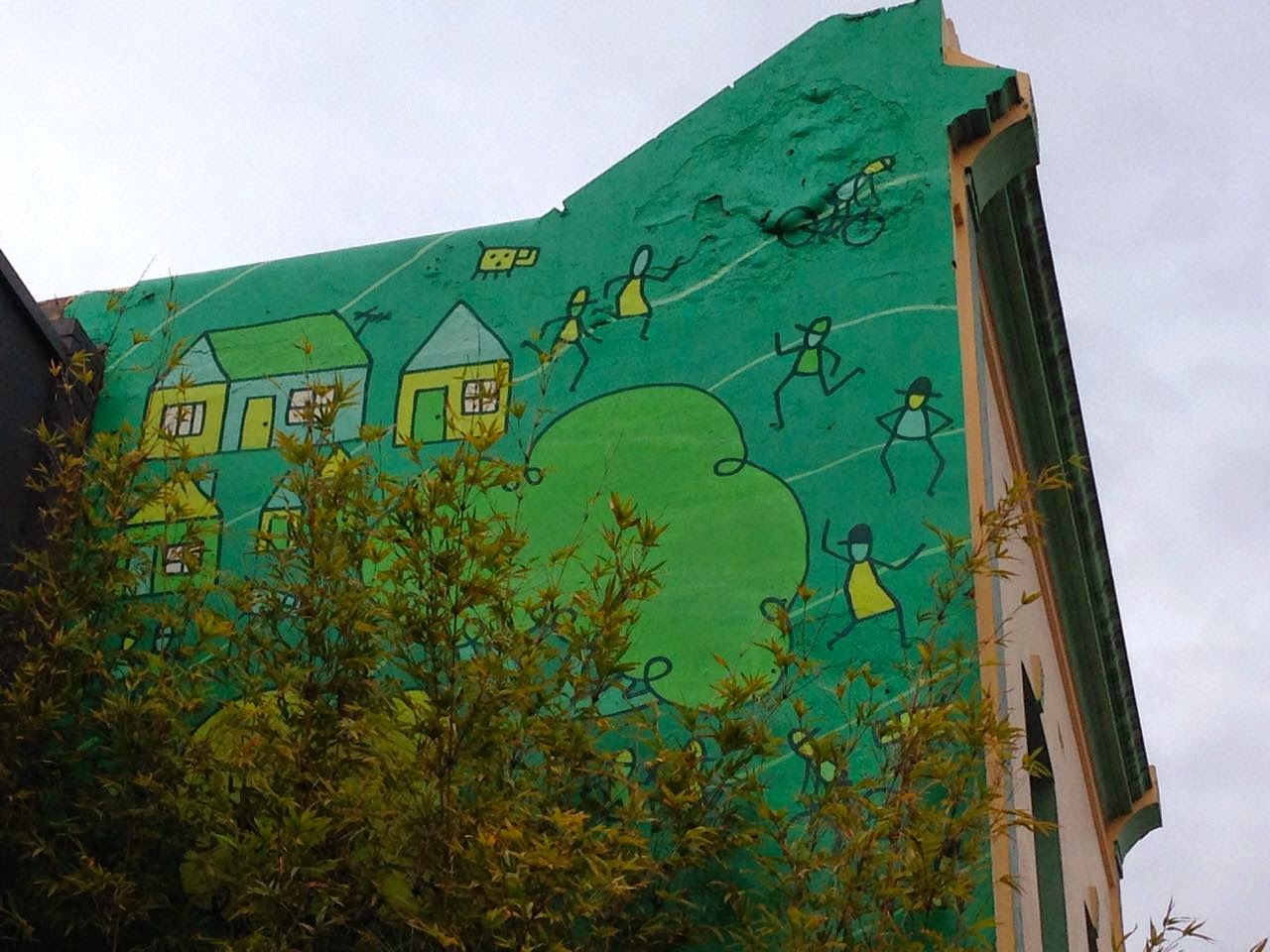 By the time we left it was dark and harder to see the artwork on the side of the Thai Nee building.  I had taken this photo a while back.  It seems a good segue into the street art in the area. 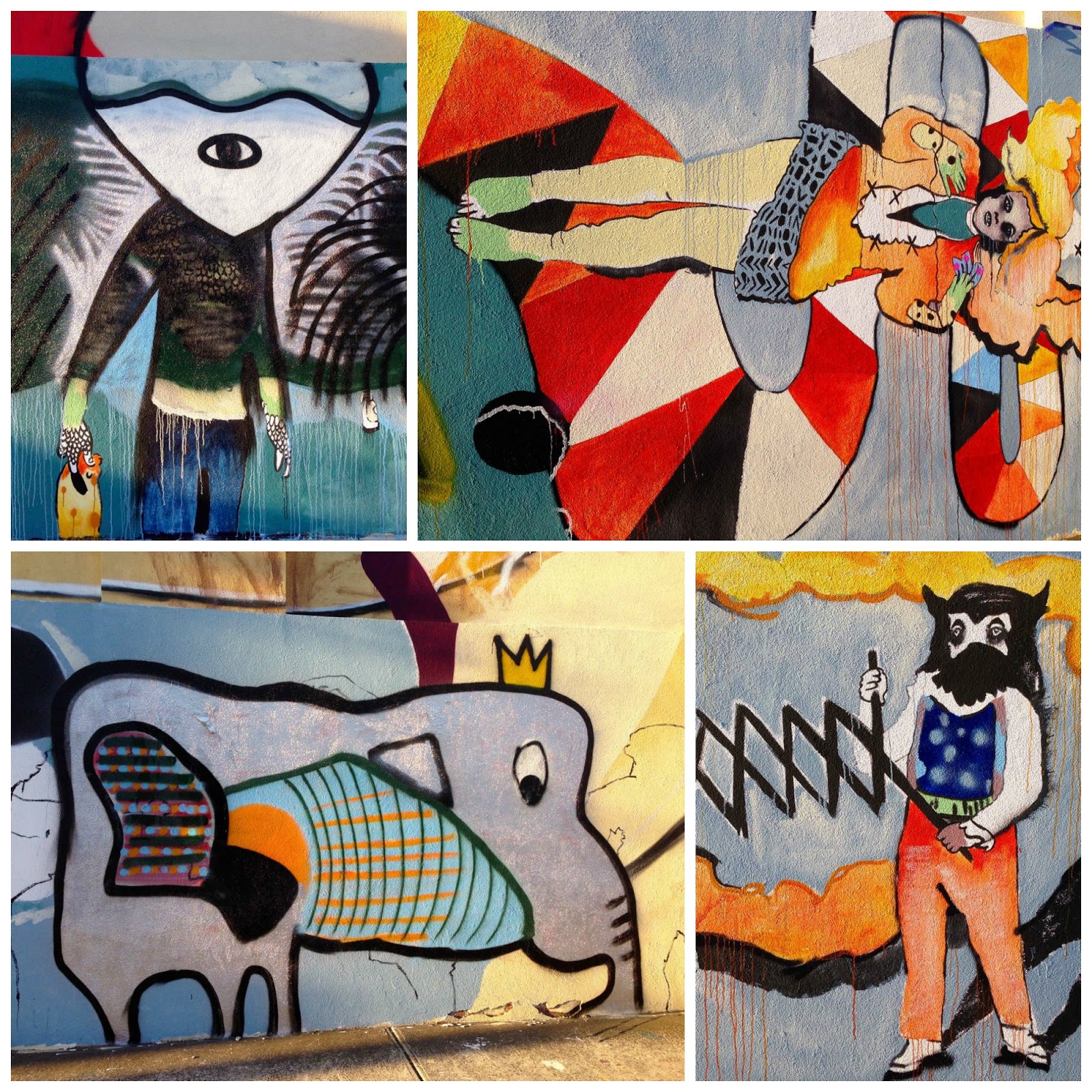 When we arrived at Thai Nee I couldn't go in without crossing the street to look at the street art on the other side of the road.  It is full of interesting characters. 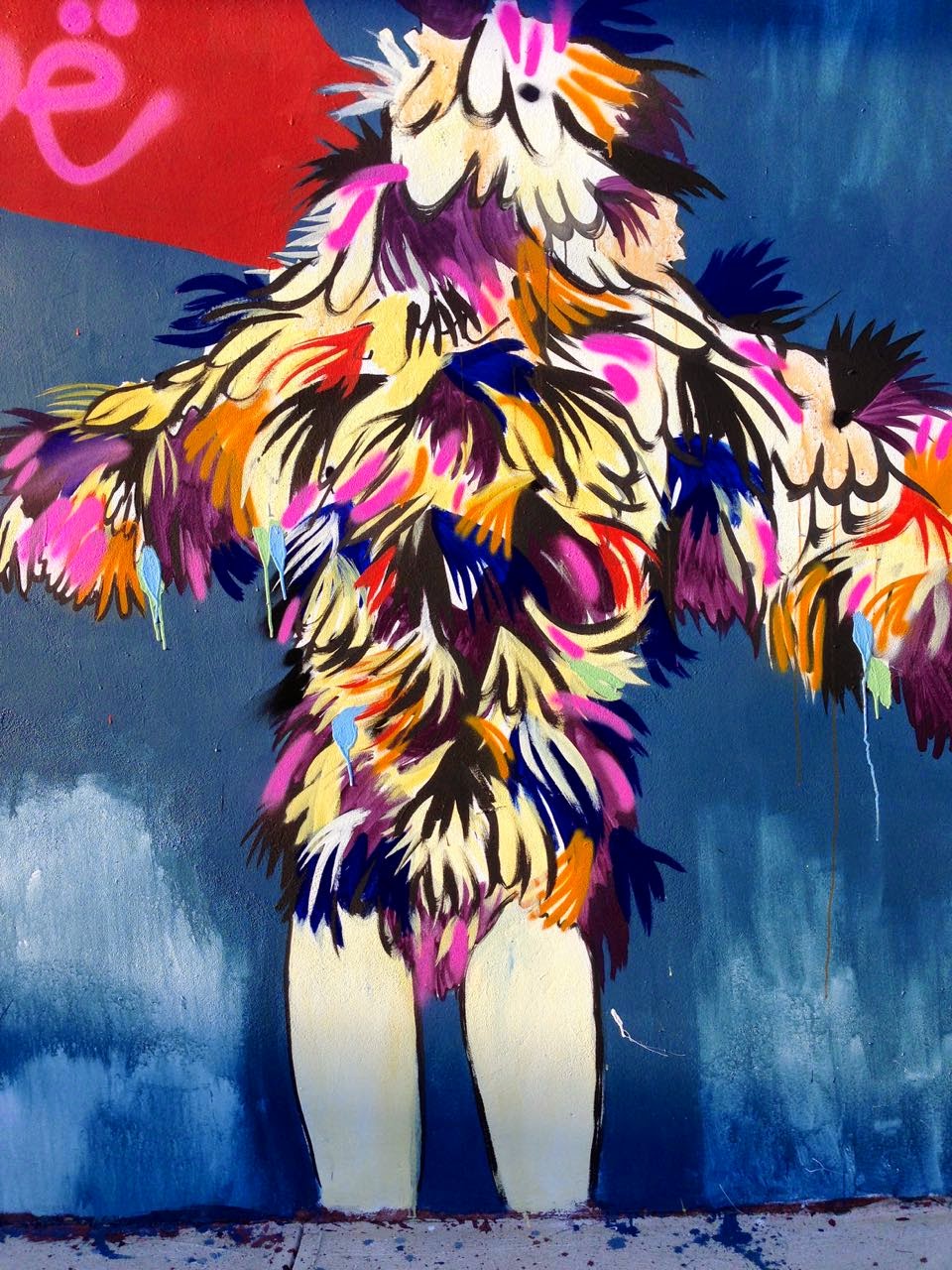 I particularly liked the bird woman.  (Or perhaps bird man?) 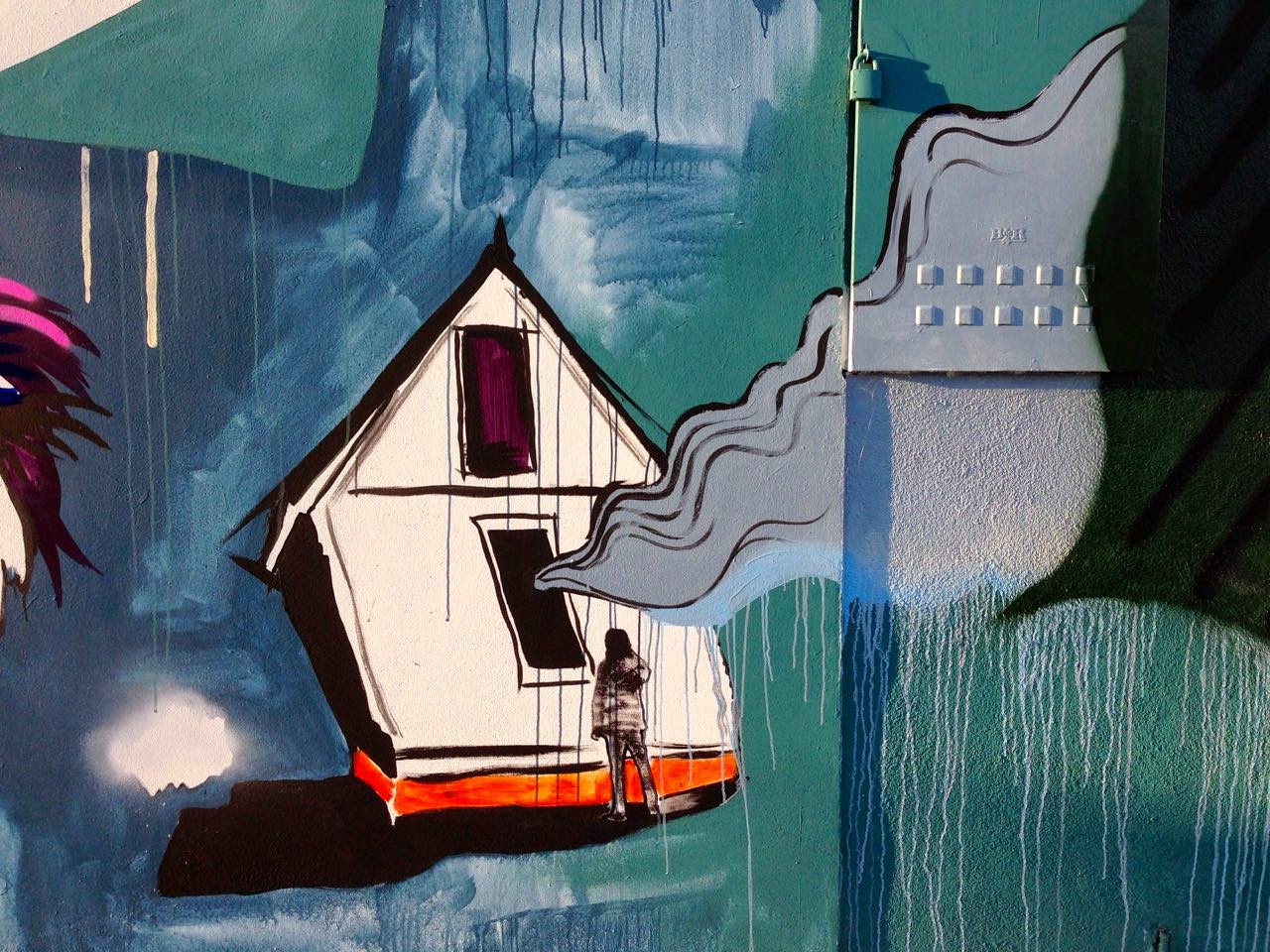 And I was quite taken by the little house on fire.  I wonder why the person is standing outside.  Are they watching their own house burn, having escaped, or are they just a passerby? 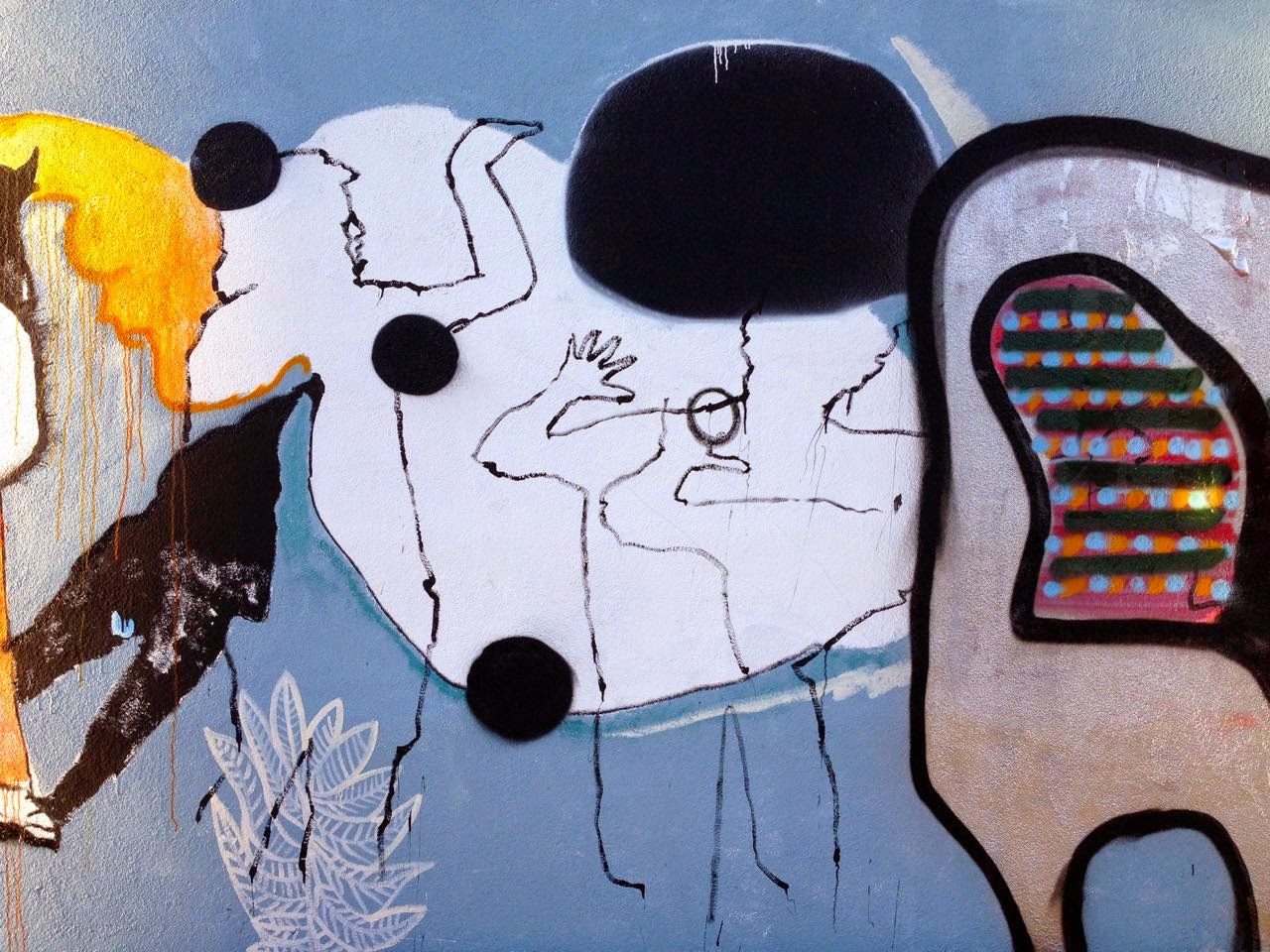 Then we noticed the some of the artwork seemed incomplete. 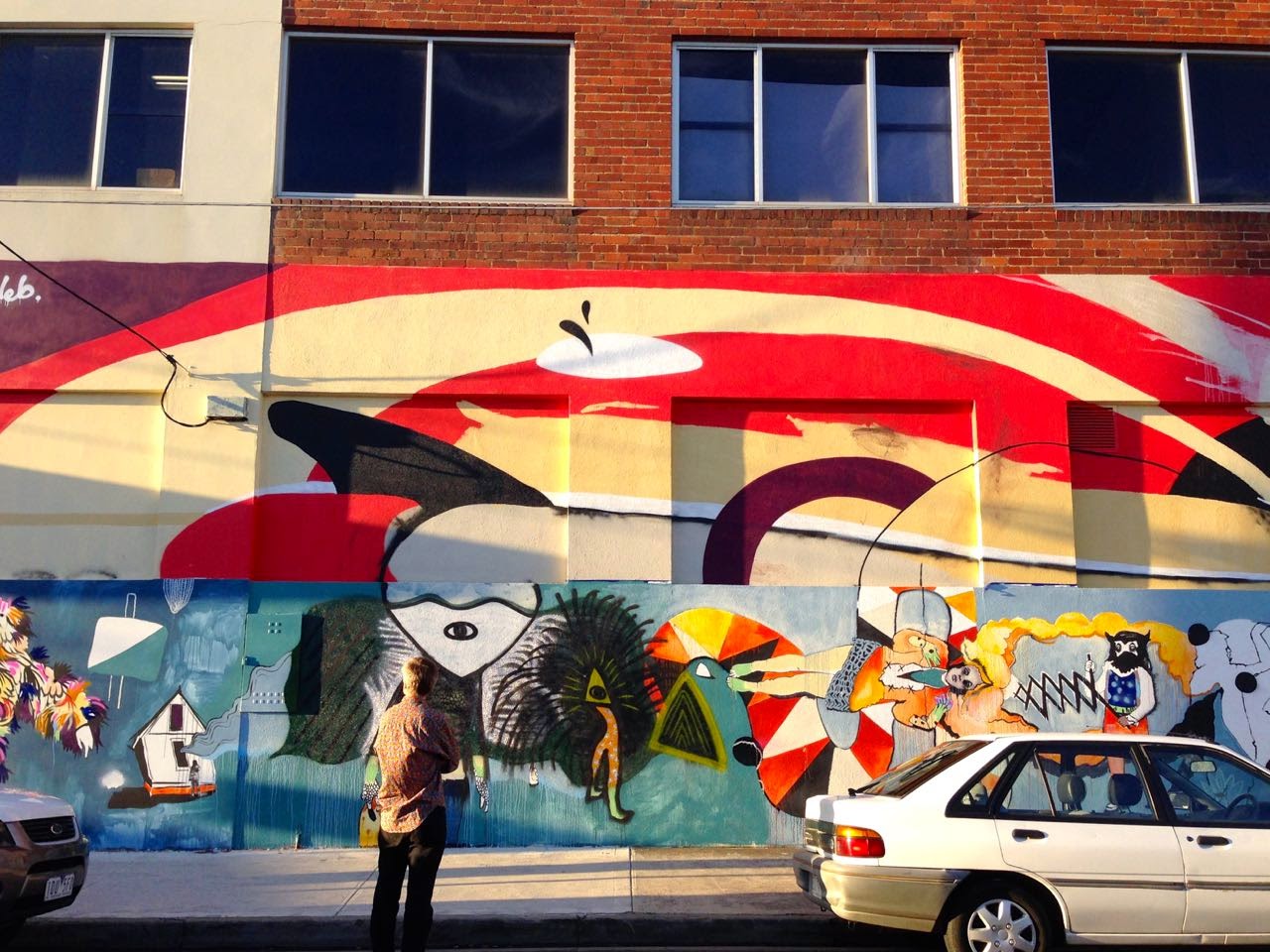 I really need to go back and see if more has been added to the mural since our visit. 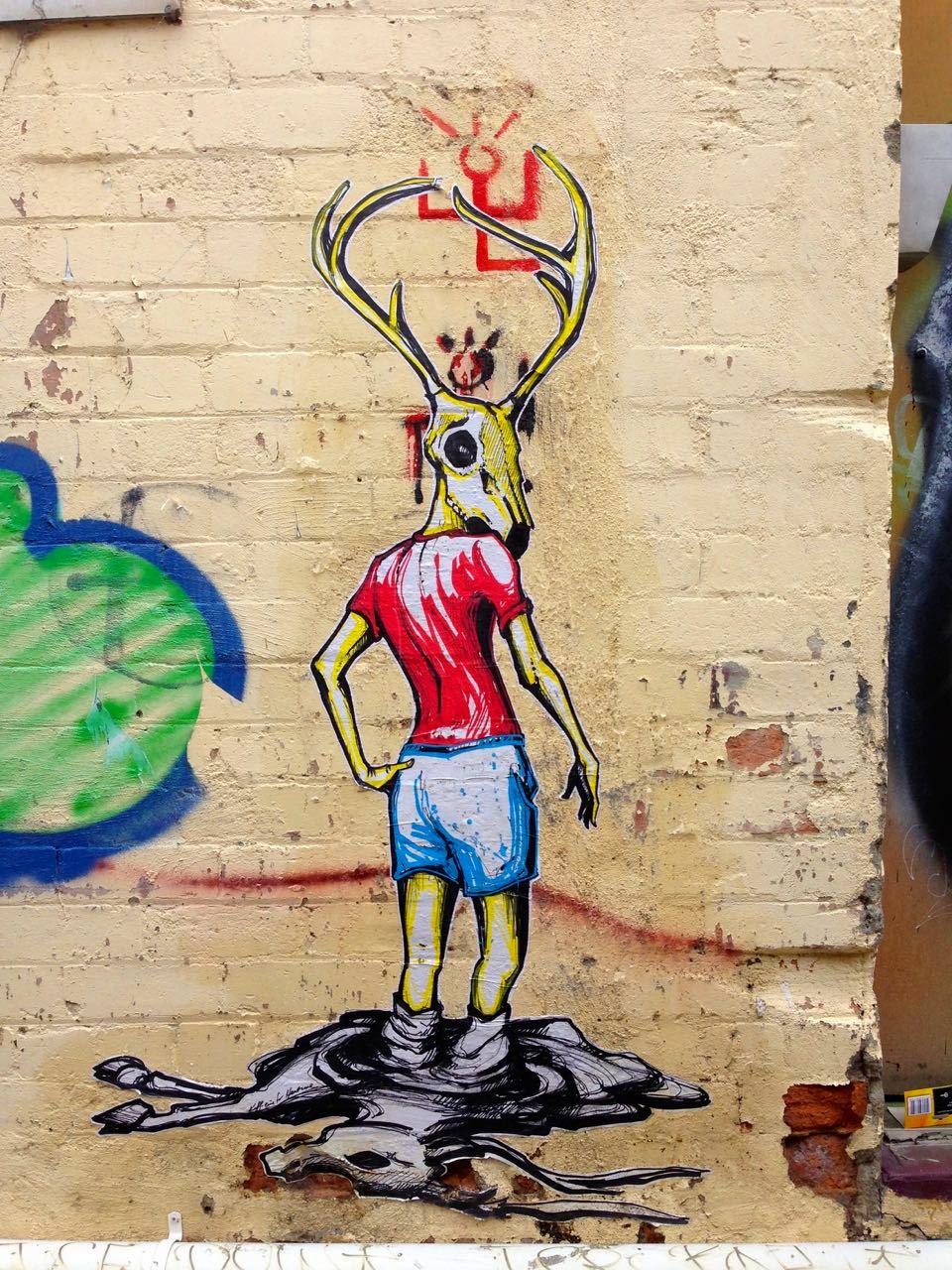 Meanwhile I have some other photos of street art from the same area of East Brunswick that it seems timely to share.  (I have more street art photos than I ever have time to share on my blog!) 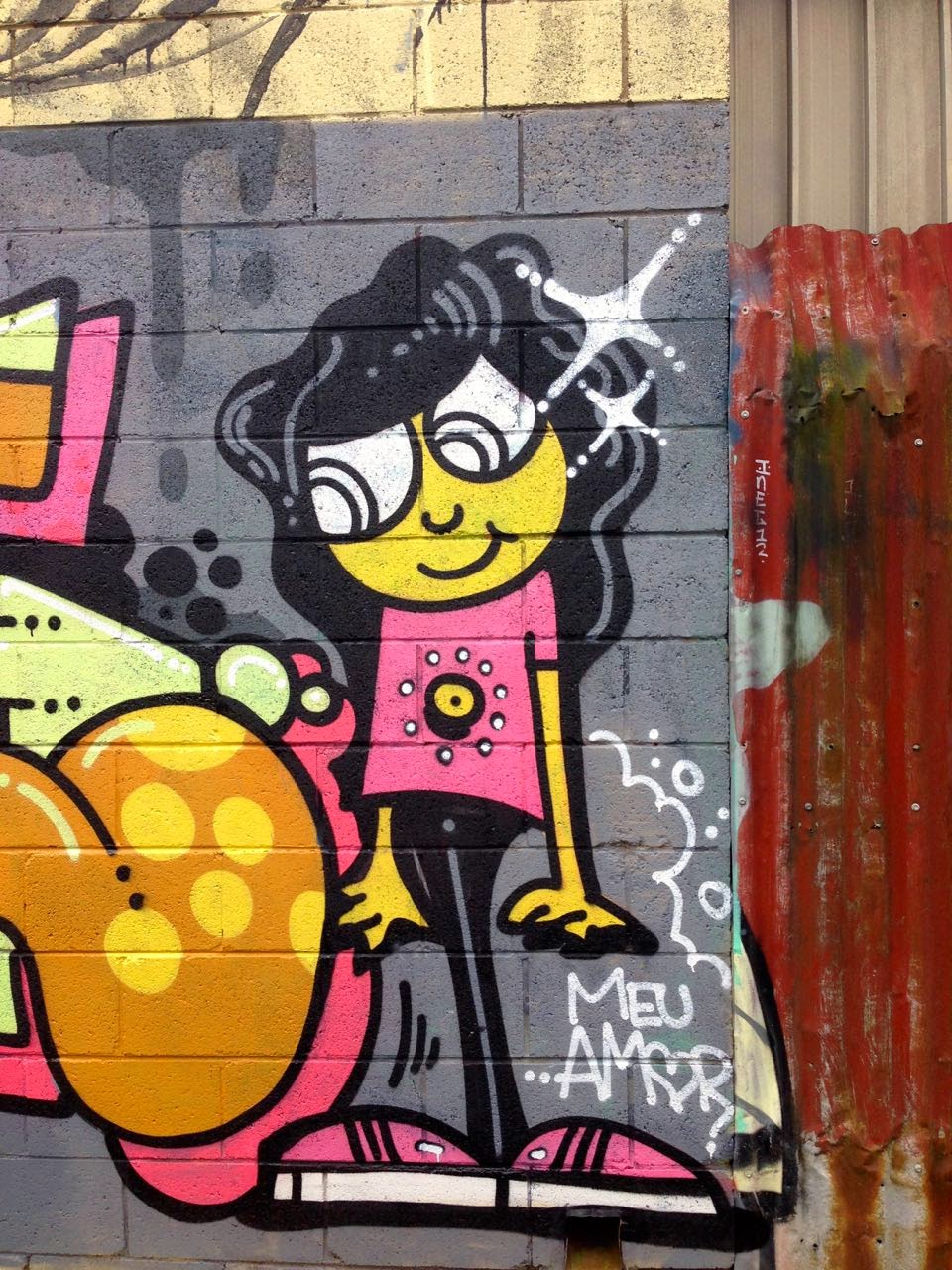 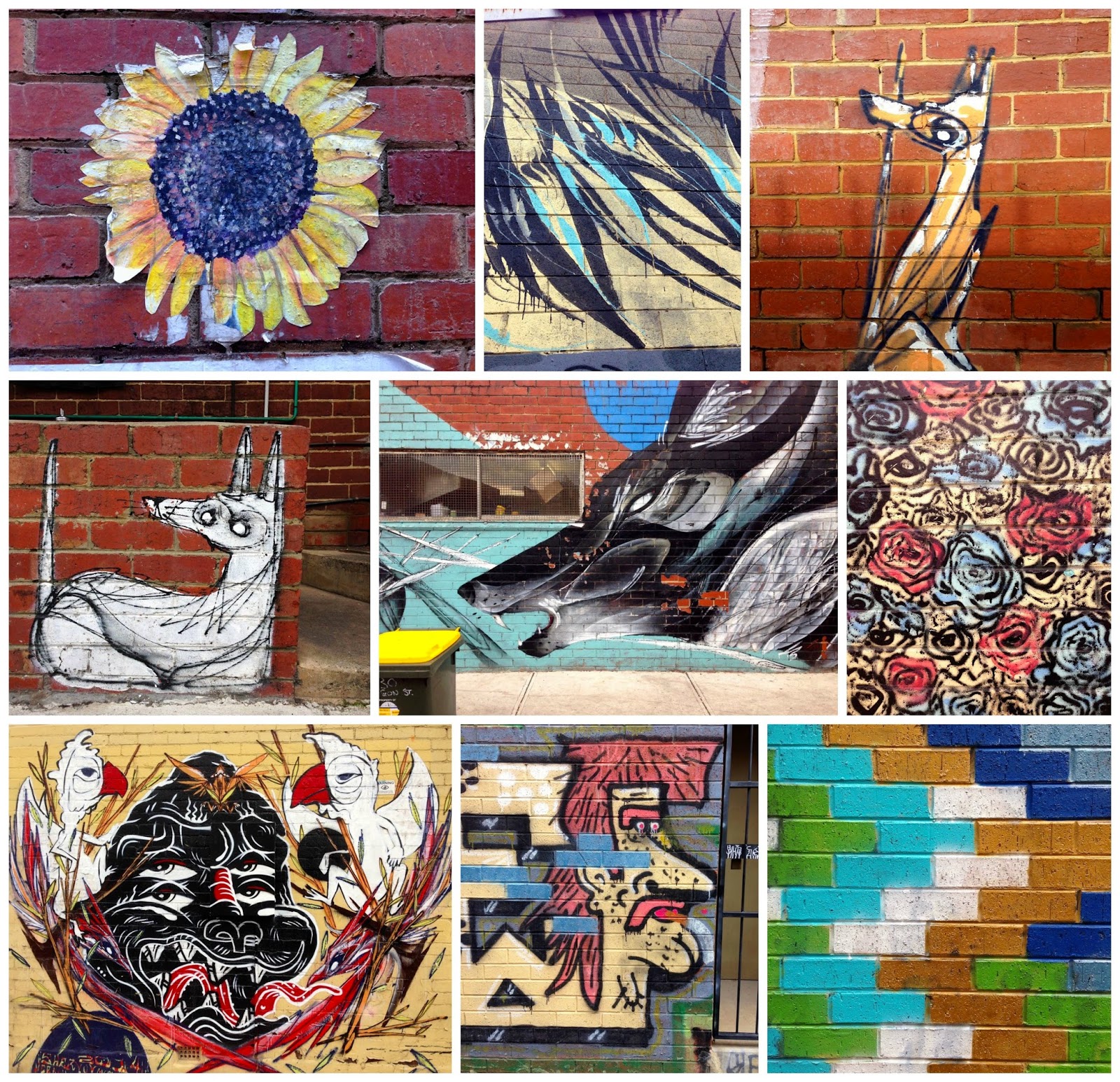 More street art, some of it in the lanes just off Lygon Street. 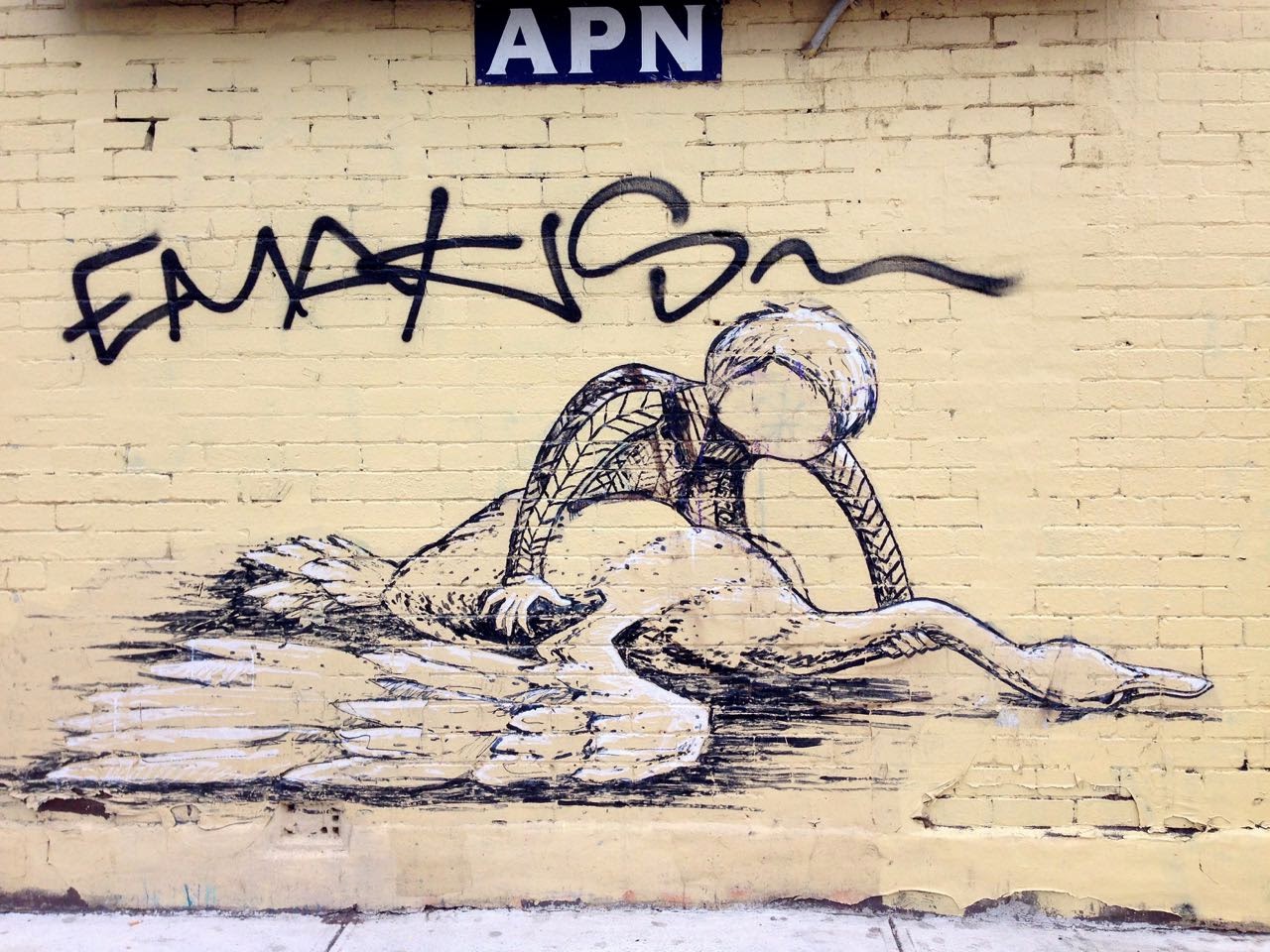 And I end with one of my favourite pictures that I see when we drive up and down Lygon Street.  It makes me think of Swan Lake and the poignant moment when the swan is dying.