Tomato and Kale Soup with Pistachios, Cornflake Balladinas and a week of meals 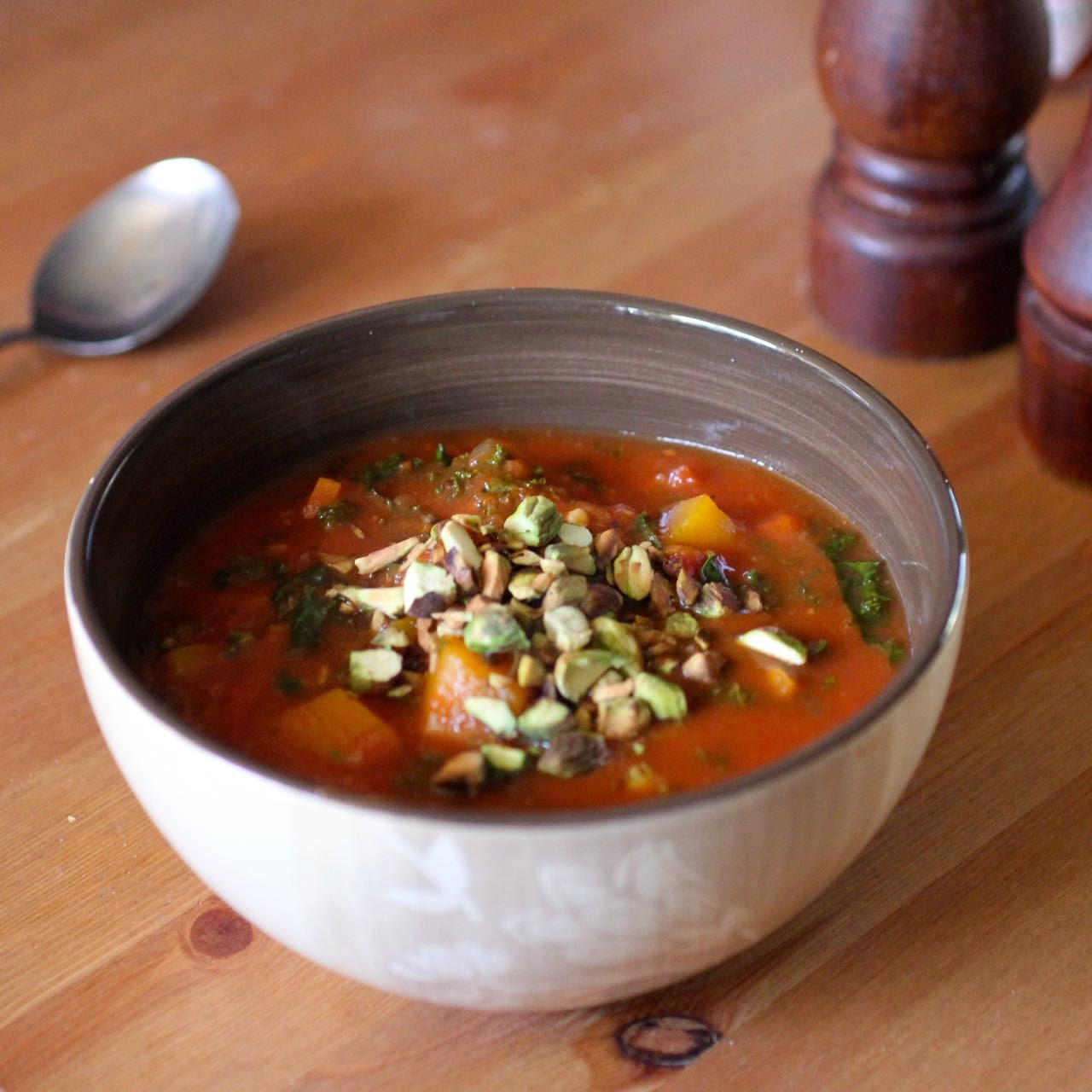 It is a while since I have shared a week of meals and talked about how leftovers fill our dinner plates.  Today I have a delicious tomato and kale soup for you that was a perfect way to use food that would have otherwise have gone to waste. I also want to make some notes on inspiration for making nut balls, also known by Sylvia as cornflake balladinas, because it used leftovers so brilliantly.

So let's start with a week of meals.  Amazingly leftovers were used in all but one day:

I didn't take a photo of the pasta stew but it was memorable for my efforts in making Sylvia eat it.  On the first night she just picked out as much pasta as possible without eating any of the vegetables.  So I was pleasantly surprised on the second night when she fell in love with it.  She ate two small bowls of it and asked me to make more.  Then I reheated some on the Tuesday for her to have with her tofu nuggets and she refused to eat it because it wasn't hot enough.  I was running out the door to a school information evening while my mum looked after her and didn't have the energy to pursue it. 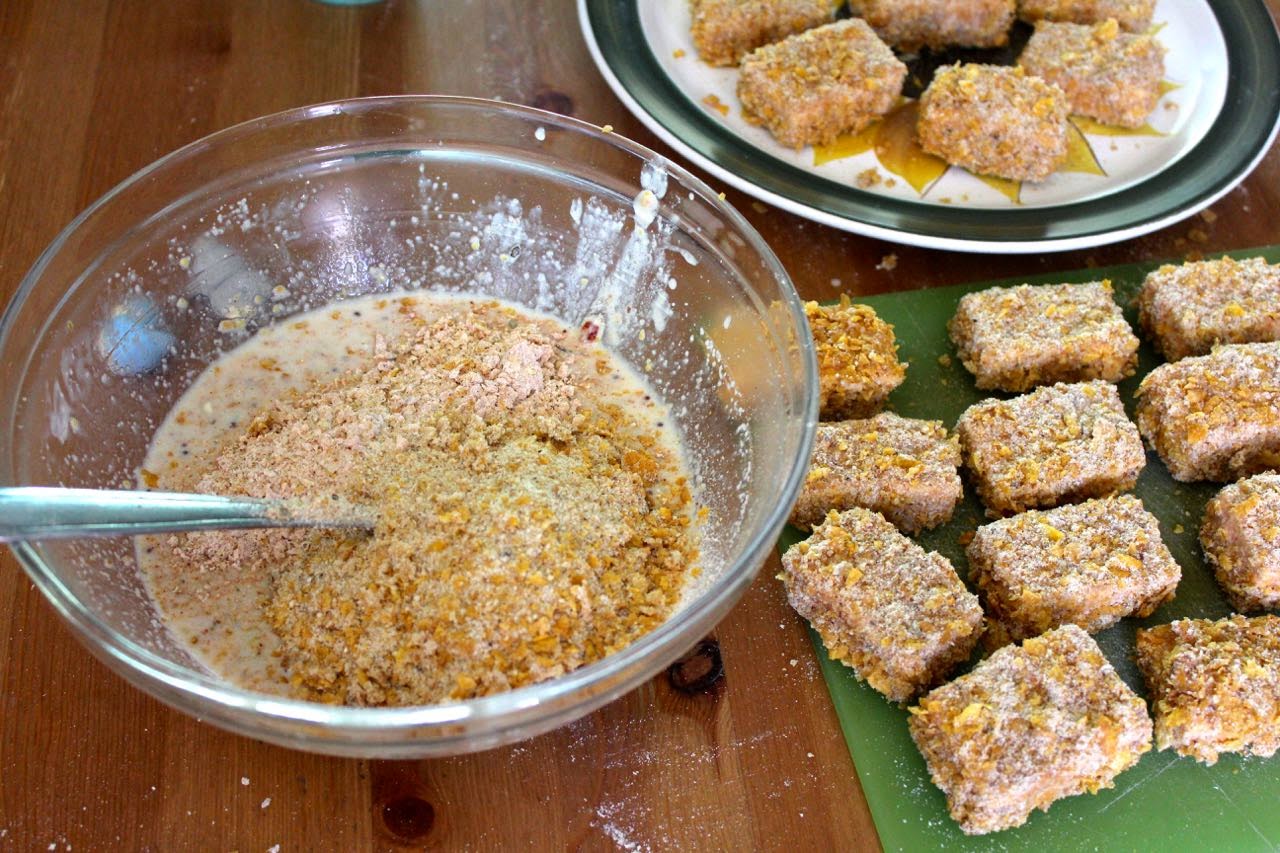 One of Sylvia's favourite recipes is tofu nuggets.  I make them occasionally and they are always welcomed.  The recipe calls for the tofu to be dipped in three bowls: milk, flour and cornflakes.  I hate having to throw out the remnants from these bowls at the end.  On the day in question I threw all the mixture together and added almond meal until it was firm enough.

I probably could have baked it up as a nut roast but instead I went for vegan meatballs.  Sylvia called them cornflake balladinas.  If she eats them I am happy to call them whatever she wants! 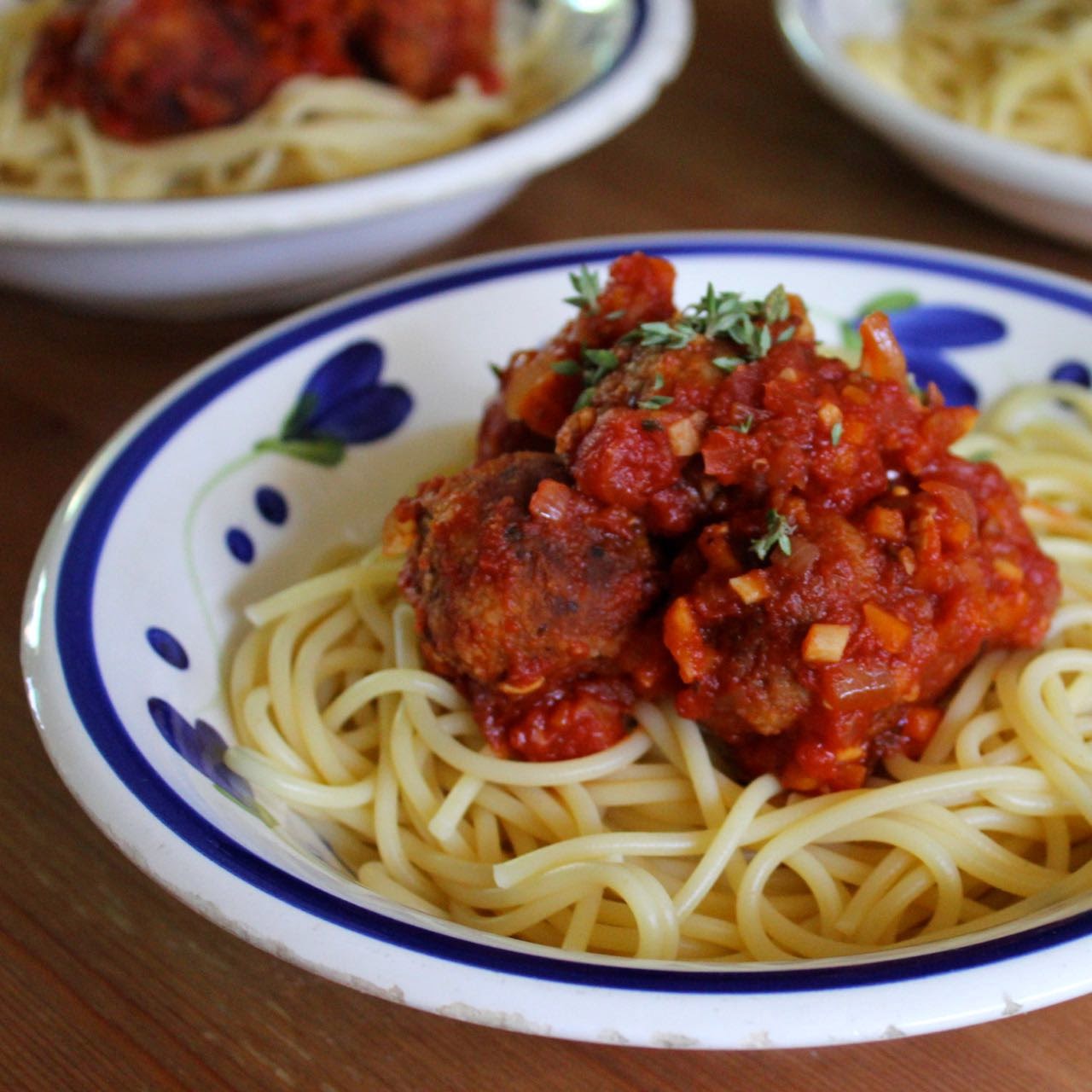 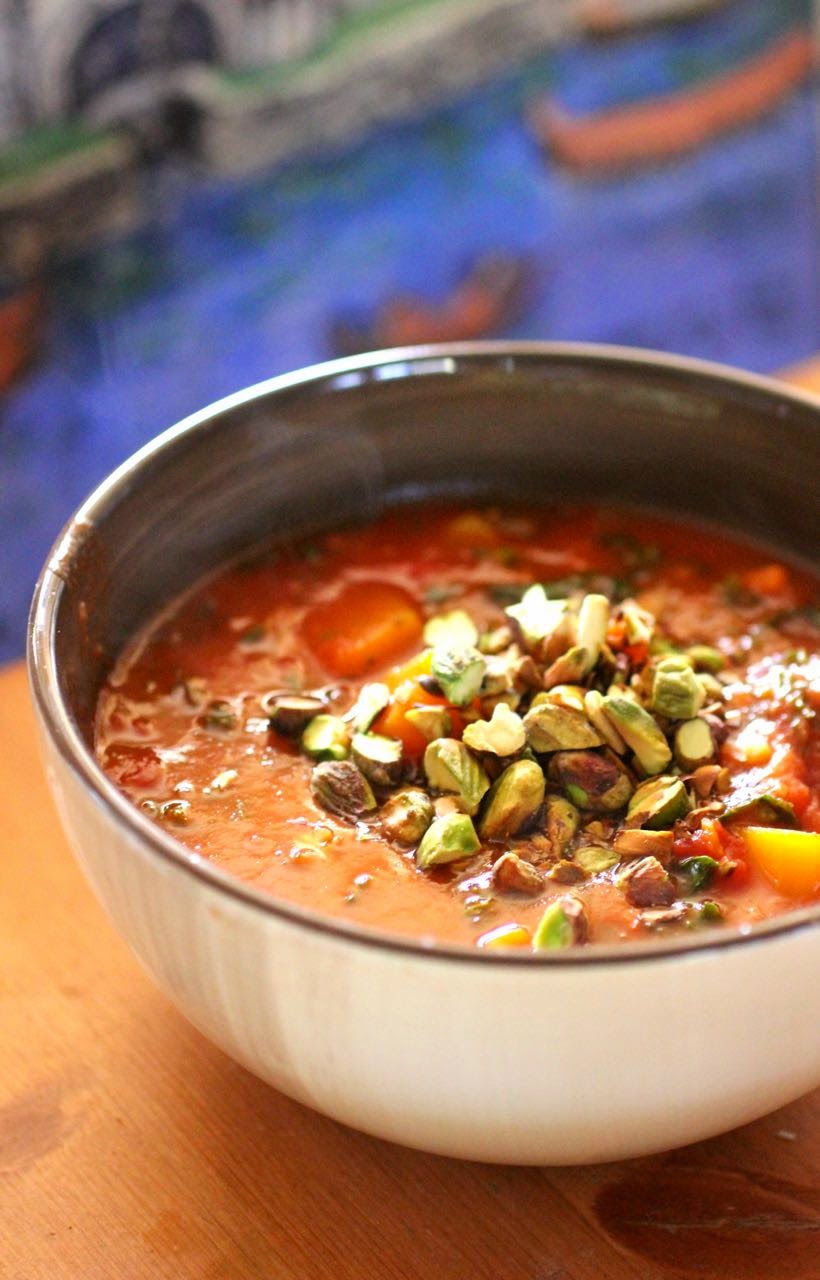 We are making slow but good progress with pushing her to eat more of our food.  However she still loves her plates of vegies.  And while I was really pleased she ate some of the cornflake balladinas, I worry she had less vegies than on her usual dinner.  After pushing her in a few meals earlier in the week I gave her a break from adult dinners when I made this soup.  It also gave me a break from trying to make food kid-friendly. 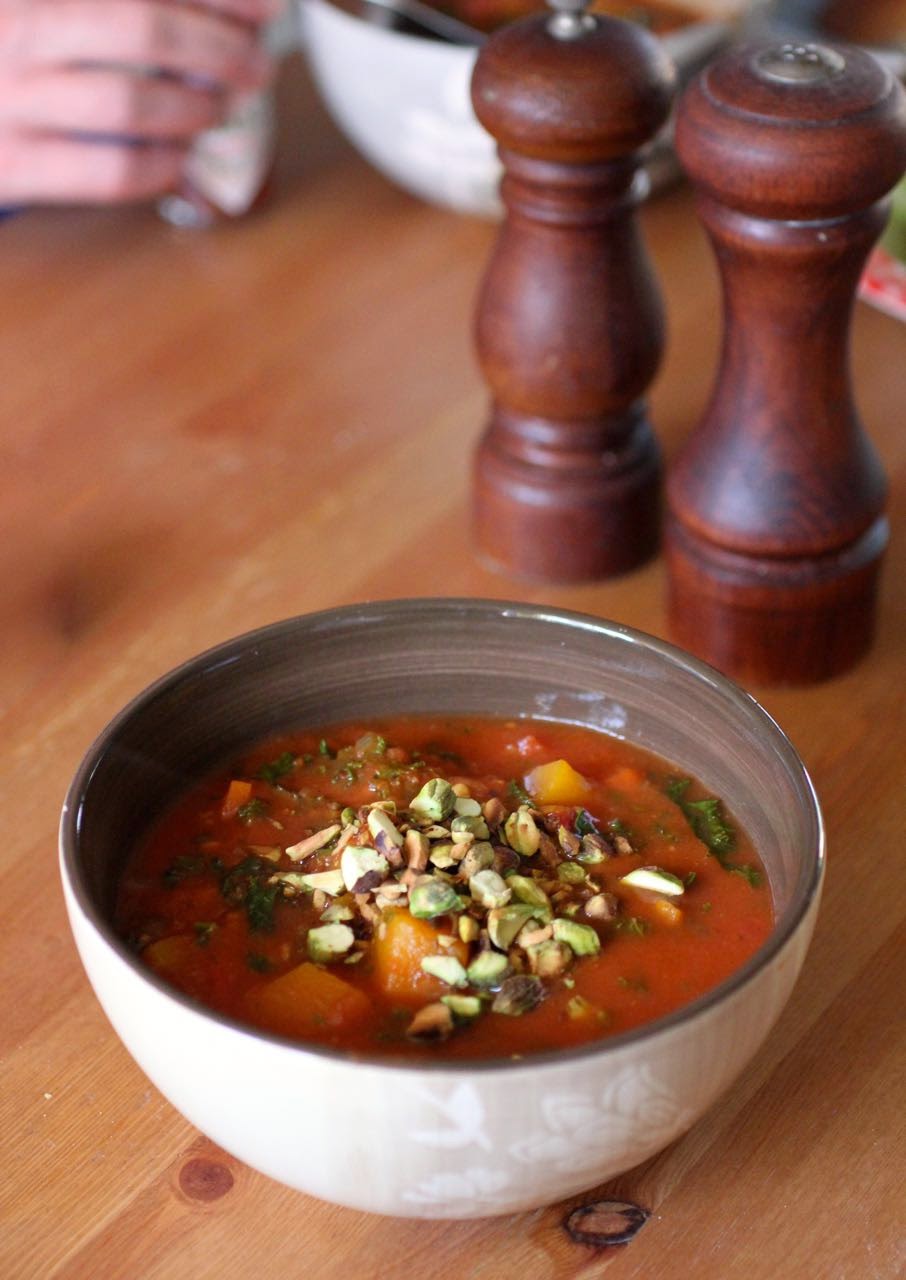 The soup was one I had admired Joanne making on Eats Well with Others.  I particularly loved the addition of pistachios because I had a surplus of them after Christmas.  Soups are indeed an excellent opportunities to use up leftovers.  I threw in some leftover pasta sauce and some cherry tomatoes that Sylvia had chosen in the supermarket and rejected at home.  I also added some pumpkin just because I worried the soup would be too thin.

I loved this soup.  It tasted of healthy vegetables and yet full of flavour too.  The pistachios added great texture.  It was just the sort of dish I wanted to come home to that night after swimming lessons.  Or any day of the week! 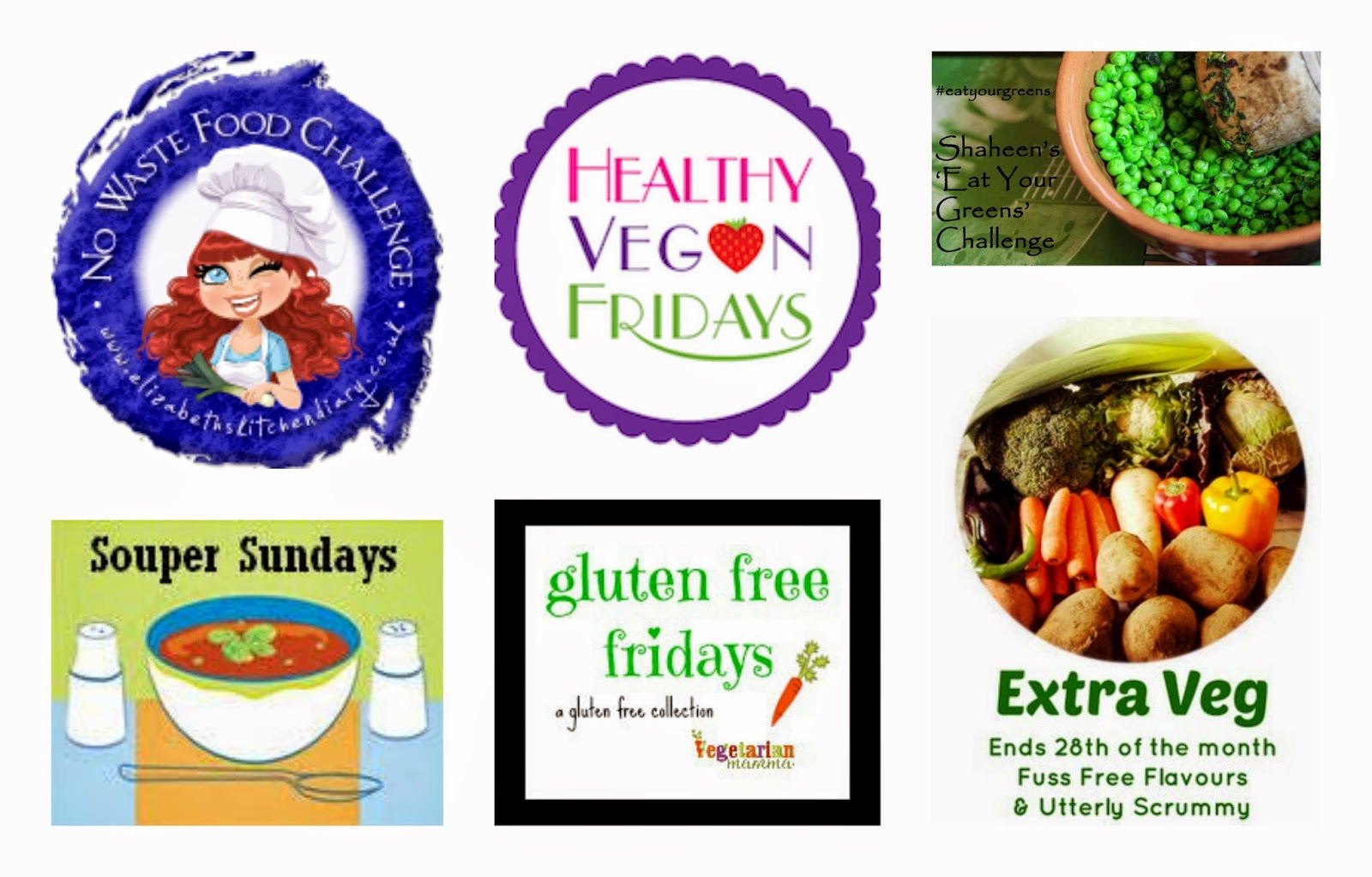 I am sharing this soup with all these events:

Heat oil in stockpot.  Fry onion, salt and mustard seeds for about 5-7 min or until the onion is cooked. Add garlic, smoked paprika, oregano, besan and tomato paste in this order.  Stir a minute or two until it thickens.

Stir in tomatoes and vegie stock.  Bring to the boil and simmer 15 to 20 minutes.  Add the pumpkin and cook for another 15 to 20 min.  Cook the kale in the soup for a few minutes and remove stockpot from heat.

RECIPE NOTES
I consider soups to be dumping grounds for leftovers and tired vegies.  Into this soup at the same time as the tinned tomatoes went 250g cherry tomatoes and 1 cup of leftover pasta sauce.  But they are no essential and most days I would not have leftover pasta sauce hanging about the house.  I also forgot the milk and nutritional yeast flakes at the end so I added a splash of milk and sprinkling of nutritional yeast flakes after I served the soup.

On the Stereo:
Theatre is Evil: Amanda Palmer
Posted by Johanna GGG at 12:00