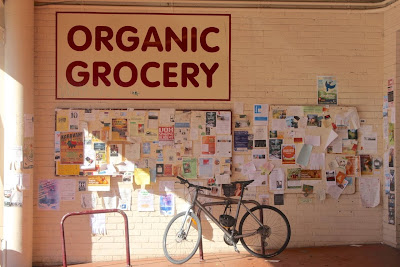 Vegan MoFo.  So many great themes.  So much great food.  So little time.

Here is a round up of just some of the enticing recipes I have spied while I trawl Vegan MoFo blogs, and also a fun TV dinners list.

And now, because my Vegan MoFo theme is TV Dinners, here is a list for fun:

10 Television shows with names after food.

A NOTE on keeping up with posts.  Last year I had an RSS feed for all MoFo blogs to check but I haven't found one this year (let me know if there is one and I have missed seeing it).  Random MoFo is useful but I prefer a feed.  My time for commenting will be even less next week because we are off on holiday to Port Fairy. However I will be scheduling some posts while I am away.

This post is part of Vegan Month of Food September 2013.  This year for Vegan MoFo I am cooking recipes inspired by some favourite tv shows - and veering off topic occasionally.  Go to my Vegan MoFo list for more of my Vegan MoFo posts.
Posted by Johanna GGG at 21:19