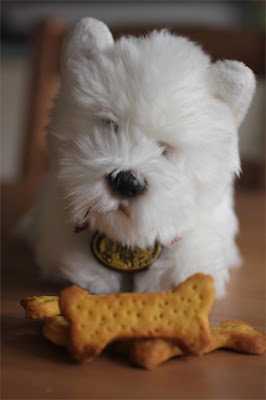 In which I bake cheeze crackers shaped like a bone in memory of Bill eating dog biscuits on Greatest American Hero.

What does it mean to me?
The Greatest American Hero is about an average American - Ralph who works as a teacher - who is given a red suit with superhuman powers by aliens.  He works with FBI Agent, Bill Maxwell, to save the world in his spare time.

As a child I loved superhero shows.  While the camp old 1960s Batman and the imposing Wonder Woman were afternoon shows, many of the show featuring superheroes were the cartoons on a Saturday morning.  (Actually I don't think I was allowed to watch as much telly as my friends and often saw more of it on sleepovers.)  When we played shops, hotels and travel agents, often our names would reflect those of the superheroes.  Clarke Kent and Diana Prince were often spotted in our cubby hut. 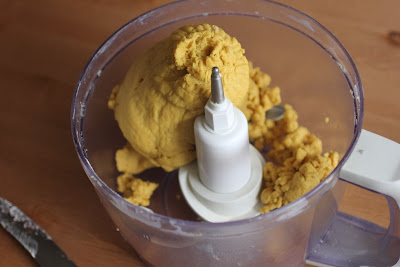 The Greatest American Hero appealed because it took the fantasy of the superhero and made it seem more realistic.  An ordinary guy - quite weedy and nerdy in fact - is given superpowers. I loved watching this show as a child.  (According to E it wasn't shown in the UK.)  And it was funny.  The pilot is on YouTube.

Food featured:
One of the important questions of my childhood was "Does Bill Maxwell eat dog biscuits?"  He was often seen with a packet of dog biscuits.  It seemed ludicrous to me.  My older sister would insist it was true.  According to this Greatest American Hero forum, he really did eat dog biscuits.  Bleurgh! 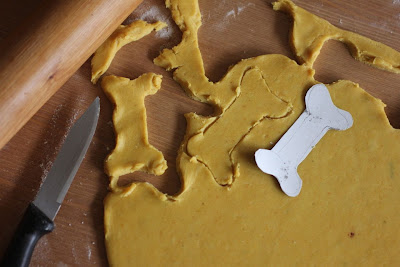 Recipe notes:
Firstly let's get one thing straight!  I was never going to make real dog biscuits!  I don't even have a dog I could feed them to.  I did think of making them both 'meaty' (as in facon flavours) and bone shaped. Then I stumbled upon Everyday Maven's vegan cheeze-its in my bookmarks.

We don't have cheeze-its in Australia but we do have boxes of little biscuits.  (My favourite when I was little was chicken-in-a-biscuit - but it has been a long time since I have had them.)  These looked so good I wanted to try them.  I added some smoked paprika and cut a few into bone shapes using a cardboard stencil.  It was too fiddly to make many but worked well enough for a few.

The dough was wonderful pliable and easy to handle.  Rolling them out thinly helped as I was able to make them crunchy if I cooked them just long enough to be golden brown.  Many of mine (especially in the second batch) were a little soft but we loved them anyway (in fact E preferred them that way).  I had bought some Cheezly vegan parmesan and had some maize flour that has been in my fridge for simple ages.  I was very pleased to find that both worked well in the recipe.  I hope one day to try these crackers with home made vegan cheese.

You might also say that cheeze crackers are just right for The Greatest American Hero, given its cheesy theme song.  I loved it so much that I had the sheet music for the piano.  I cringe a little now to remember and then I find myself singing the song! 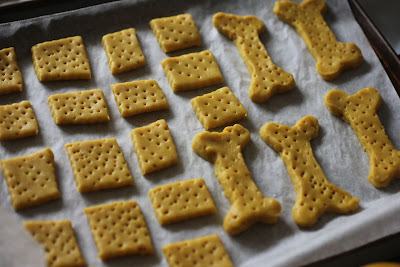 Random notes:
Yet again proving that kids prefer to eat food in funny shapes, Sylvia was very excited by the bone shaped crackers and ate these first.  I was happy that she loved the crackers whether bone shaped or square.  They were very tasty and quite cheesy.  Great for dips.

I made them the week before we went on holidays, thinking they would be excellent holiday snacks.  Alas, they were gobbled up before then.  They were however very useful when out and about - you might have spied a photo on my election day post.  I took them out, knowing that the sausage sizzles would be meaty and we might not have many options.  They were a great little snack for Sylvia. 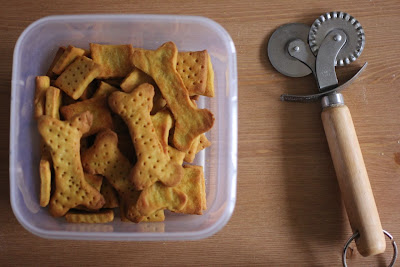 For those who follow this blog regularly, we are just back from holiday in Port Fairy where we had no wifi, news or blogging.  Bliss.  We had a lovely time visiting museums, walking along the coast and in the bush, and eating lots of good food.  I plan to write about it in October when Vegan MoFo is over.

Meanwhile, I am feeling a little overwhelmed at catching up on regular blog posts and Vegan MoFo posts.  It might take a while to regain my balance (if such a thing can ever be claimed in Vegan MoFo.)   However on the bright side, there are lots of yummy posts to read and I have some fun stuff to post about soon.  (What can be more fun than faux dog biscuits, I hear you ask!  Good point!)

Give dry ingredients a burl in the food processor.  Add cheese and margarine.until the mixture is the consistency of coarse breadcrumbs.  Add water 1 tablespoon at a time until the mixture comes together into a ball of dough.  Wrap in clingwrap and rest in fridge for an hour.  (I did a few without refridgerating and it wasn't too hard to handle.)

Roll out to about 0.3cm thick and cut into shapes.  Squares are easiest.  I just cut out bones on a piece of cardboard and used this to trace around.  It was a bit fiddly so not practical for a lot of crackers. (Update: after making these I finally found Vegan Cookbook Afficionado's post where the bone shape was made in an easier way.)

Arrange on a baking tray with a little room between each cracker.  Sprinkle with sea salt and prick holes with a fork.  Bake until golden and browning at the edges.  Cool on a wire rack.  Store in an airtight container.  Ours were still good after a few days but were eaten too quickly to say much more.

On the Stereo:
Celtic Collection: Clannad

This post is part of Vegan Month of Food September 2013.  This year for Vegan MoFo I am cooking recipes inspired by some favourite tv shows - and veering off topic occasionally.  Go to my Vegan MoFo list for more of my Vegan MoFo posts.
Posted by Johanna GGG at 23:18