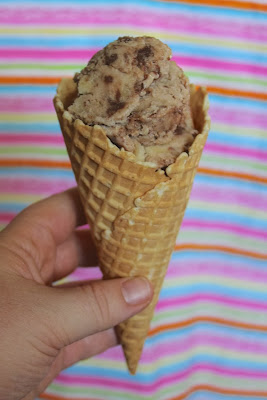 Ice cream is a classic childhood treat and as such is often infused with nostalgia.  It is no surprise then that it features in retro Aussie shows such as Puberty Blues.  Mine is more vegan experiment than the familiar flavours of my childhood.

Television show: Puberty Blues, drama, Australia, 2012 (with a second series in the pipeline)

What does it mean to me?
Puberty Blues is an Australian coming of age drama in the 1970s in a Sydney beachside setting.  It is based on the 1979 novel of the same name by Kathy Lette and Gabrielle Carey.  The main characters Debbie and Sue want to be one of the cool kids that rule the beach.  It has a great cast, a classy soundtrack and poignant photography.  This is nostalgia as it should be.  Recognition.  Laughter.  Embarrassment.  All at once.

Watching the series and hearing Aussie slang like "root", "mole" and "dob" takes me back to my primary school playground.  It doesn't make me miss it one bit.  Seeing Cheezels on fingers, Countdown on the telly and warm days at the beach made me feel a bit more warm and fuzzy.  [Check out this review or the video of episode 1 for more about the series.)

When I heard people talk about the novel at school, it seemed a little sexy, a little naughty, but actually it is quite sad.  I think the tv series emphasises this by giving the perspectives of adults in the lives of the school girls.  Not only do we see the dreams of the young kids that lead them into dangerous situations of sex and drugs in the pre-AIDS era, but we also watch the shattered dreams of their parents.  Perhaps I sound so disapproving of these kids because I never really fancied being in the cool group at school. 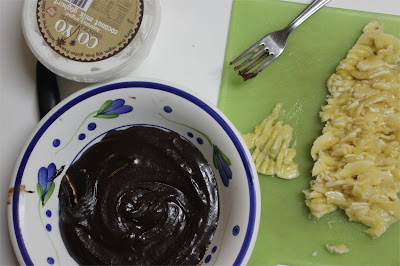 Food featured:
I couldn't go past ice cream.  Ice cream and beach culture go together like ... um ... sex and drugs.  In the first episode we see the nerdy boy who fancies Debbie give her a Splice ice cream on a stick.  (Takes me back to my childhood summers spent at the local swimming pool hoping we had enough money to buy an icy pole or mixed lollies at the kiosk.)

Ice cream is not all so innocent.  Later Debbie's boyfriend Gary starts buying drugs from the guy at the ice cream van.  There is also a scene I found in the 1981 movie made of the book where Debbie goes home after getting high and eats lots of pizza and ice cream.  I think it is in the tv show but haven't the time to trawl the internet to confirm this. 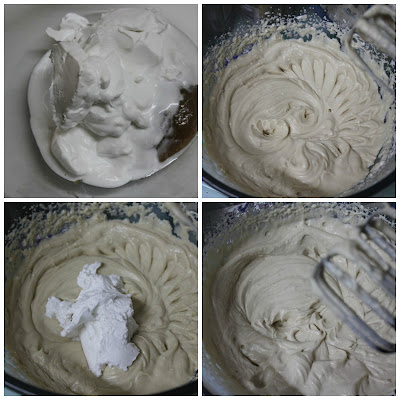 The ice cream wasn't perfect.  It was very very sweet.  I know that ice cream has to be sweet to stop it freezing too much and because you don't taste flavours so strongly when frozen.  Even so this was very very sweet.  I didn't have much chocolate in the house to use but next time would use more - the chocolate fudge was delicious and a nice foil for the sweetness..  I boiled down my soy condensed milk to be quite thick so it was more like dulce de leche.  It is slightly grainer than regular dulce de leche but also very sweet.  I would be interested to try a healthier caramel sauce I made a while back that used maple syrup, rice syrup and coconut milk.  I am not likely to have coconut yoghurt about on a regular basis so I would leave it out or try making home made yoghurt. 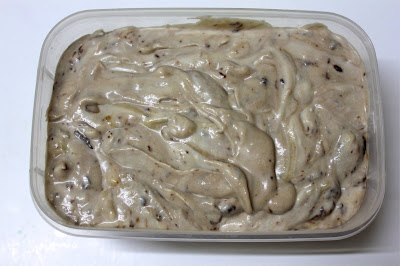 Random notes:
While it wasn't perfect I was pretty pleased with my first attempt at making this style of vegan ice cream.  I don't have an ice cream machine nor do I have space for one.  So I can only make no churn ice cream.  This one was far less painful than a tofu chocolate ice cream I made a few years back that I blended every hour for too long because I never was quite sure I had it right.  I think it was a bit icier than my recent rhubarb and white chocolate ice cream.  It was also not so rich.

E and Sylvia were very pleased to have more ice cream.  E would like me to try vanilla and Sylvia has asked for strawberry.  As for me, I still would like to make a mint choc chip ice cream to remind me of my favourite ice cream of my childhood.  The weather is now warming up so maybe it will soon be time for more ice cream experiments.

To make soy dulce de leche: Place soy milk and sugar in a saucepan and simmer for about an hour or until thick and caramelly.  You should end up with about 1 cup of dulce de leche.

To make the chocolate fudge: Melt chocolate with 1/4 cup of dulce de leche.  Set aside to cool - I put mine in the freezer for about 30 minutes.

To make the ice cream: Whip 3/4 cup of dulce de leche and all the coconut cream until thick.   Beat in the coconut yoghurt until lumps have given way to creamy yumminess.  Gently fold through banana and chocolate fudge - mine all broke up into flecks so next time I would like to use more chocolate in the fudge.

Freeze in the fridge.  (I think at least 6 hours or overnight.)

On the Stereo:
Super Trouper: ABBA

This post is part of Vegan Month of Food September 2013.  This year for Vegan MoFo I am cooking recipes inspired by favourite tv shows - and veering off topic occasionally.  Go to my Vegan MoFo list for more of my Vegan MoFo posts.
Posted by Johanna GGG at 20:23