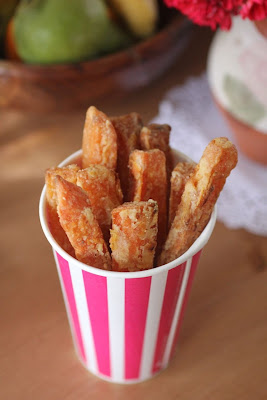 In homage to Broadchurch where every one has to eat, I attempt to make carrot then sweet potato chips with a dodgy slow oven that does not believe in crispiness.

What does it mean to me?
Broadchurch is the sort of clever poignant television that I love to watch.  I think it is special to me because we have missed a few of these series.  We are finally getting Sylvia to sleep better and can relax in front of the telly rather than dealing with a jack in the box who just will not stay in bed. Mostly.

Broadchurch starts with a missing boy in a tight knit Dorset community.  The plot weaves around the police search for his killer but it really is more about the secrets hiding beneath the surface of the seemingly idyllic seaside town.  It starred David Tennant as a scruffy world-weary Scottish detective.  The whole cast was great.  Fantastic acting.  Beautiful photography.  And a twisting teasing plot with a sad senseless ending.  The finale screened in Melbourne last week so it is still fresh.

Food featured:
I loved the way food was used in Broadchurch.  I loved the scene where Nigel, a friend of the family of the murdered boy, invited them to dinner.  He said "Everyone's got to eat."  Yes, food is the great leveller, a common bond.

Often in such dramas, tension and alienation are portrayed in a character by their empty fridge.  (Think Clare Danes's Carrie in Homeland, Rachel in Scott and Bailey, Lund in The Killing.)  In Broadchurch, we have the classic juxtaposition of Alec (David Tennant) and Ellie (Olivia Coleman).  Alec is uptight, focused and finds eating an unnecessary distraction.  Ellie has a family, a community and struggles to be objective in her work.  Her constant feeding of Alec is symbolic of her desire to have him as part of her circles.  It is significant to the plot that she does not compartmentalise work and home.  It is also significant that Alec is resistant but reluctantly accepts a dinner invitation.

One of my favourite moments was when Alec refuses a paper-wrapped parcel of fish and chips.  Ellie dismissively says, what sort of a Scotsman are you if you don't like fish and chips.  This made me laugh because my Scottish partner just loves a fish supper.

Recipe notes:
I decided to bake chips (or fries as they are known in America) in homage to Broadchurch.  I make great roast potatoes, and sometimes do them in chip shape.  This time I thought I would challenge myself to try another vegetable.  I see so many tempting crispy recipes about that it seemed a cinch.  It was a struggle.

My first batch of chips used some lovely purple and orange carrots from Coburg Farmers Market.  It coincided with waves of nausea at the onset of an upset stomach so I didn't eat them.  I just left them in the oven til they looked right.  I thought they looked well cooked but E thought them shrivelled.

My second attempt used orange, yellow and white carrots.  I sort of used these recipes but changed the spices.  The seasoning was good but not great.  I thought I baked them enough.  Yet they weren't cooked through and they weren't crisp either.  My oven drives me crazy sometimes because it takes so long to make anything crisp.

In the third attempt, I decided to use sweet potatoes and used a Not Quite Nigella recipe.  I figured sweet potato cooks quicker than carrots and I like the taste better.  Yet even these seemed to take ages without getting really crisp.  I was ready to bang my head against a brick wall.

E helpfully suggested putting them under the grill (broiler).  I did this at lunch today and they were much better, albeit a little dark on some corners.  They were very good with hummus and red capsicum on a sourdough flatbread for lunch.

Random notes:
Perhaps I went right off the carrot chips after first attempting them while ill.  I would prepare a bit of dinner and then be hit by a wave of nausea that would have me lying on the couch.  Then I would do a bit more.  Poor E got home from ukelele practice to find his dinner half made and me in bed.  All I had added was oil and salt, which is my usual way of roasting.  This is possibly why I liked the look of these.

The second two recipes used arrowroot or cornflour.  I am not sure that I liked the taste of either and suspect that plain old oil and salt will do me in future.  The faffing about with cornflour is too fiddly and unnecessary.  I found that both these nights I was struggling to get dinner on the table at a decent hour because my oven takes so long.  Any shortcuts are welcome.  Any excuse to keep experimenting with baking chips is also welcome.  The search goes on.

Previously on Green Gourmet Giraffe:
One year ago: In my kitchen - September 2012
Two years ago: Cherry Ripes for We Should Cocoa
Three years ago: Port Fairy - a welcome break
Four years ago: Spring Beans
Five years ago: A not-so-nasty pasty

Peel sweet potatoes and slice into chip sized batons.  Soak chips in cold water (about 15 minutes) while preheating oven to 220 C.  When oven is ready, drain chips and tip into a plastic bag with cornflour and salt.  Shake about to cover chips.  Ziplock bags are great but I just placed sticky tape over the holes in an old plastic bag I was recycling.

Tip chips into a roasting tray or two.  I found that when I tipped the bag into the trays a lot of unwelcome extra cornflour also came with the chips which soaked up olive oil.  I used two trays because you want the chips to have plenty of room to crisp up.  Drizzle with olive oil and gently toss with your hands to make sure the olive oil is evenly distributed over the chips.

Bake chips for 25 minutes and then gently turn with an eggflip (or whatever you turn pancakes with).  Continue baking and turning occasionally until the chips are crisp.  I had mine in the oven for over an hour and they were cooked but not crisp.  I found that grilling them (or broiling in America) was a good fasttrack to crispiness.

On the Stereo:
Songs from the South: Paul Kelly's Greatest Hits

This post is part of Vegan Month of Food September 2013.  This year for Vegan MoFo I am cooking recipes inspired by some favourite tv shows - and veering off topic occasionally.  Go to my Vegan MoFo list for more of my Vegan MoFo posts.
Posted by Johanna GGG at 23:23